The autumn season has officially dawned upon us. With the weather getting chillier, we just want to kick back at home and relax. While keeping warm and cozy at home, you may be in the mood to binge watch something. If dramas are too much of a time commitment, why not check out some Chinese films? From romantic comedies, mystery, fantasy, and slice-of-life, there’s a little something for everyone. Check out our list of Chinese movie recommendations that you should add to your watch-list today. 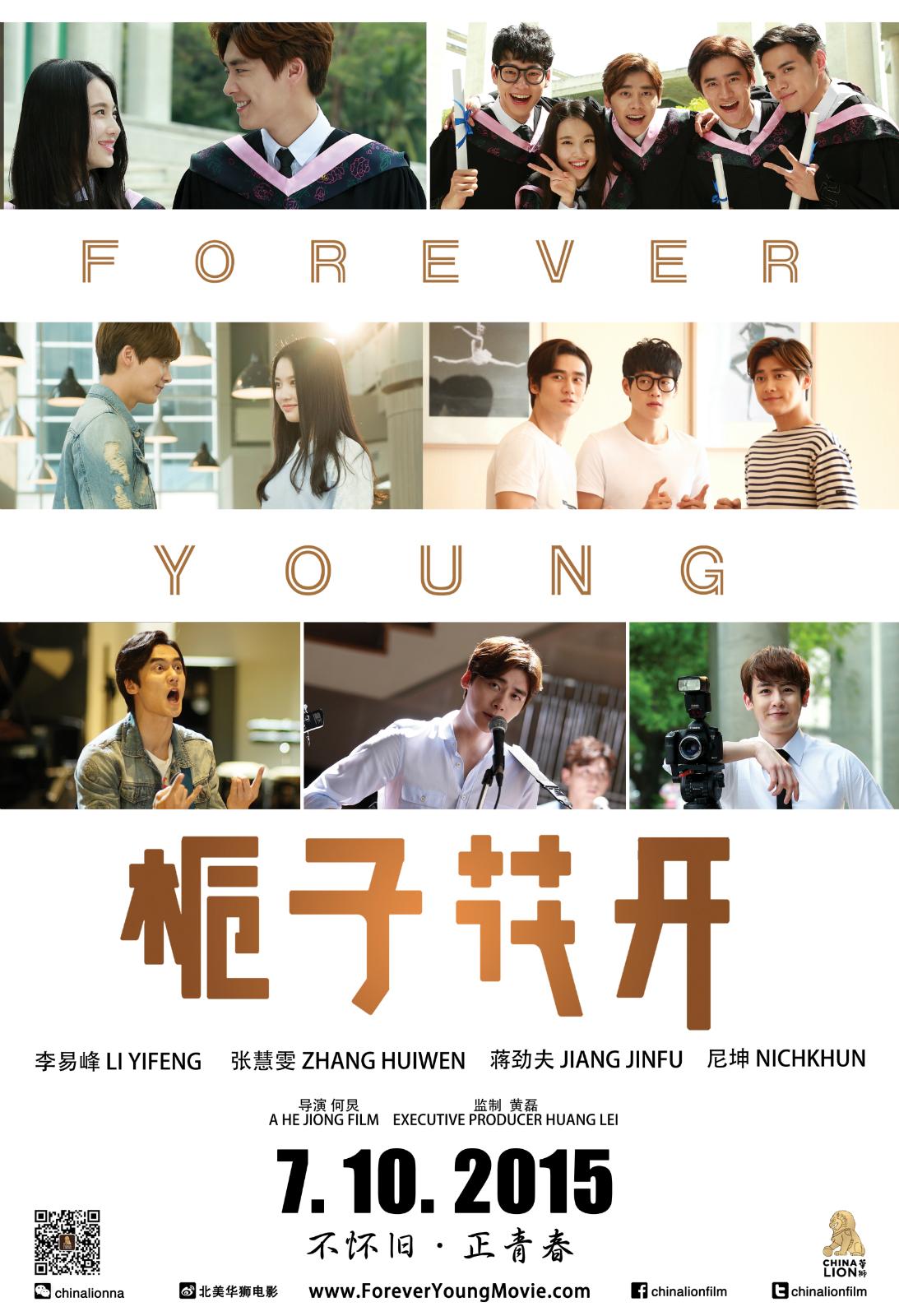 First on our list is the romantic comedy film “Forever Young” starring Li Yi Feng and Zhang Hui Wen. The two stars play Xu Nuo and Yan Xi, a popular campus couple at a performing arts college. Both work hard to achieve their dreams: Xu Nuo hopes to get his band signed with a music label, and Yan Xi dreams of going to ballet school in Paris. Things don’t go according to plan when Yan Yi fails to get accepted to her dream ballet school and also injures her leg. Left with one month before her dance performance for the school’s graduation party, Yan Xi is left in a dire situation, but Xu Nuo hatches a secret plan to help his girlfriend. 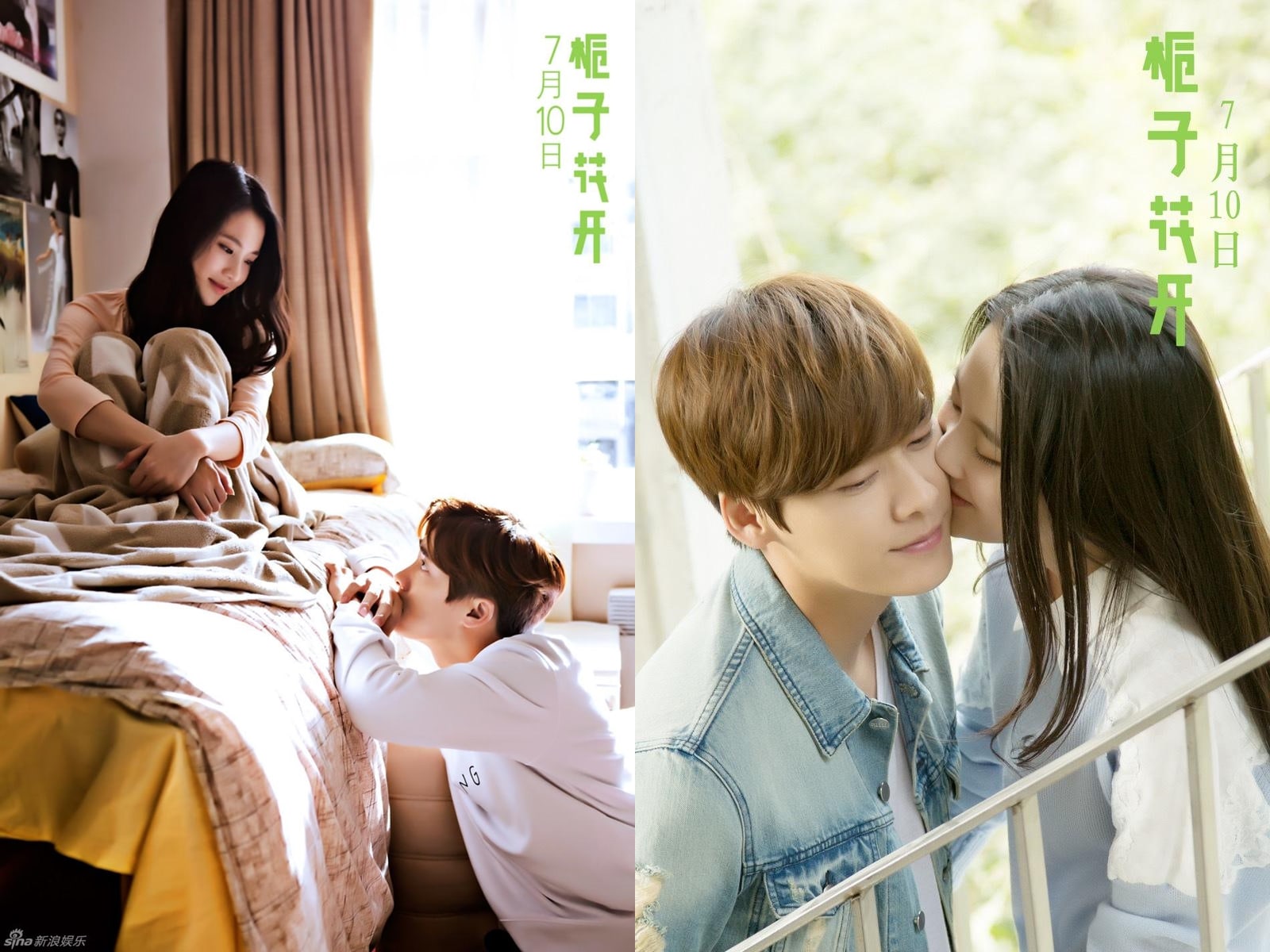 “Forever Young” is a fun movie with a sweet story about following your dreams, friendship, loyalty, sacrifice, and love. It’s an easy-to-watch film that will bring you plenty of laughter and tears while also making you reminisce your youthful days. If you’re a fan of Li Yi Feng, you’ll definitely fall for his character Xu Nuo with his devoted love and empathy towards Yan Xi. He is totally boyfriend goals! 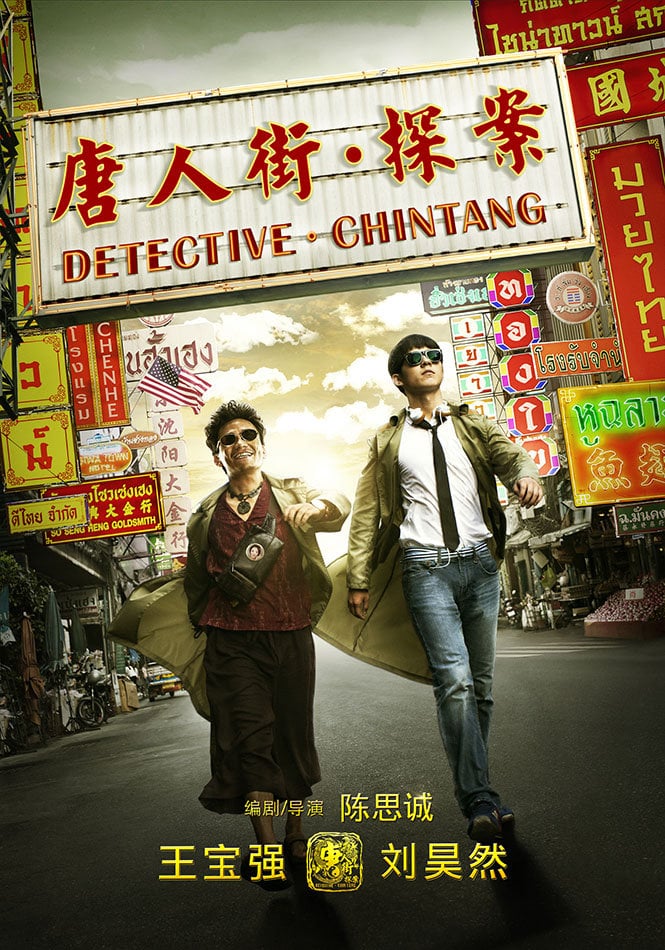 If you’re looking for a comedy-mystery buddy film, then you should check out the “Detective Chinatown” film series starring Liu Hao Ran and Wang Bao Qiang. The story follows Qin Feng (Liu Hao Ran) a mystery enthusiast who fails to get accepted into the police academy. He ends up going on vacation to Bangkok and meets with his distant cousin Tang Ren (Wang Bao Qiang) who is supposedly known as the top detective of Chinatown. Much to his dismay, Qin Feng soon finds out his relative is just a petty swindler and underling to a local incompetent police sergeant. However, Tang Ren gets caught up in a murder case and ends up being a prime suspect. A reluctant Qin Feng ends up on the run with Tang Ren while trying to solve the murder mystery. 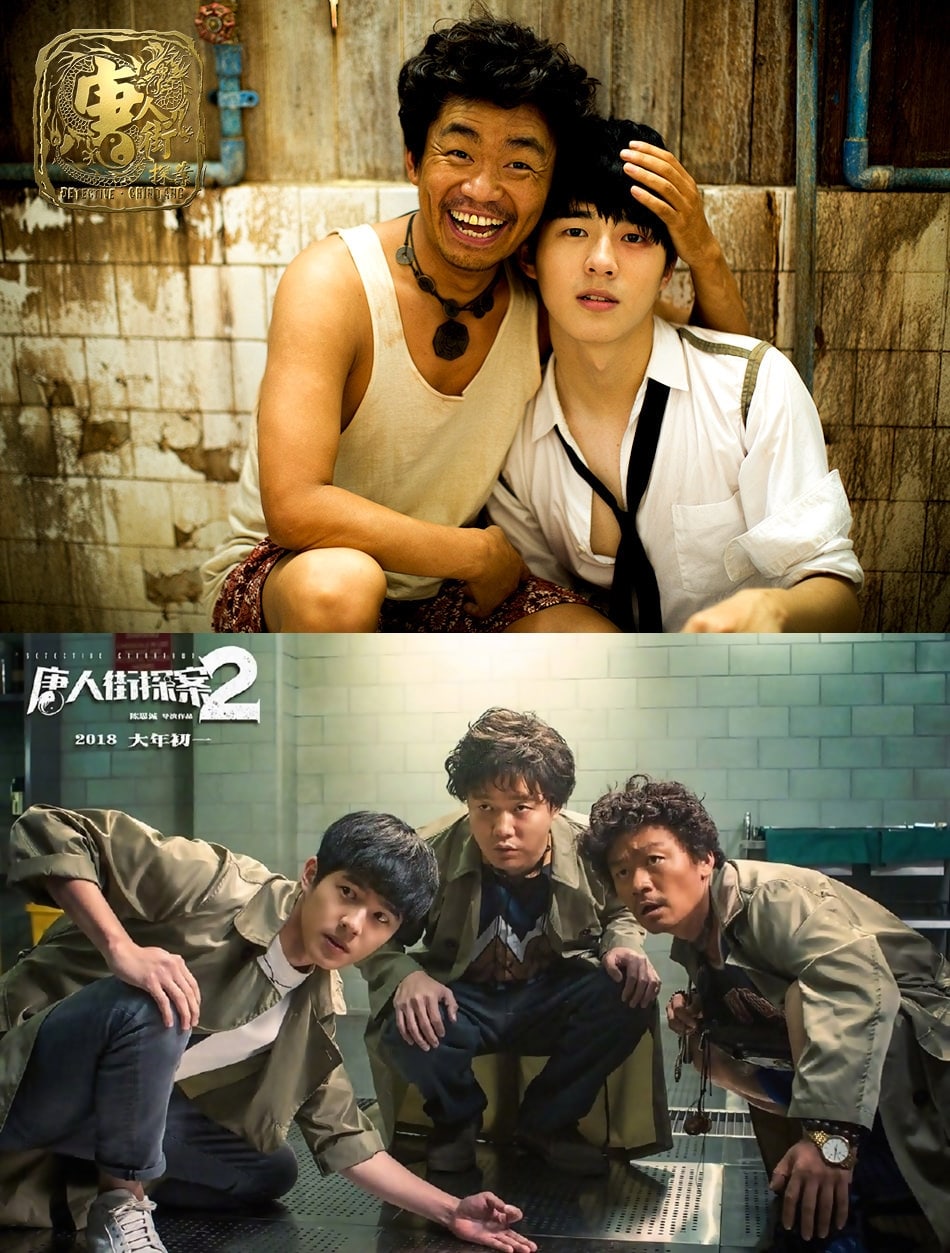 The hugely popular film series has already spawned two sequels with “Detective Chinatown 2” set in New York and “Detective Chinatown 3” set in Tokyo where you can follow the hilarious duo solving mysterious crimes around the globe. You’ll get plenty of laughter from the very start with all the quirky characters along with a great mix of suspense and thrills that keep you fully invested in the entire film series. It’s a definite must watch! 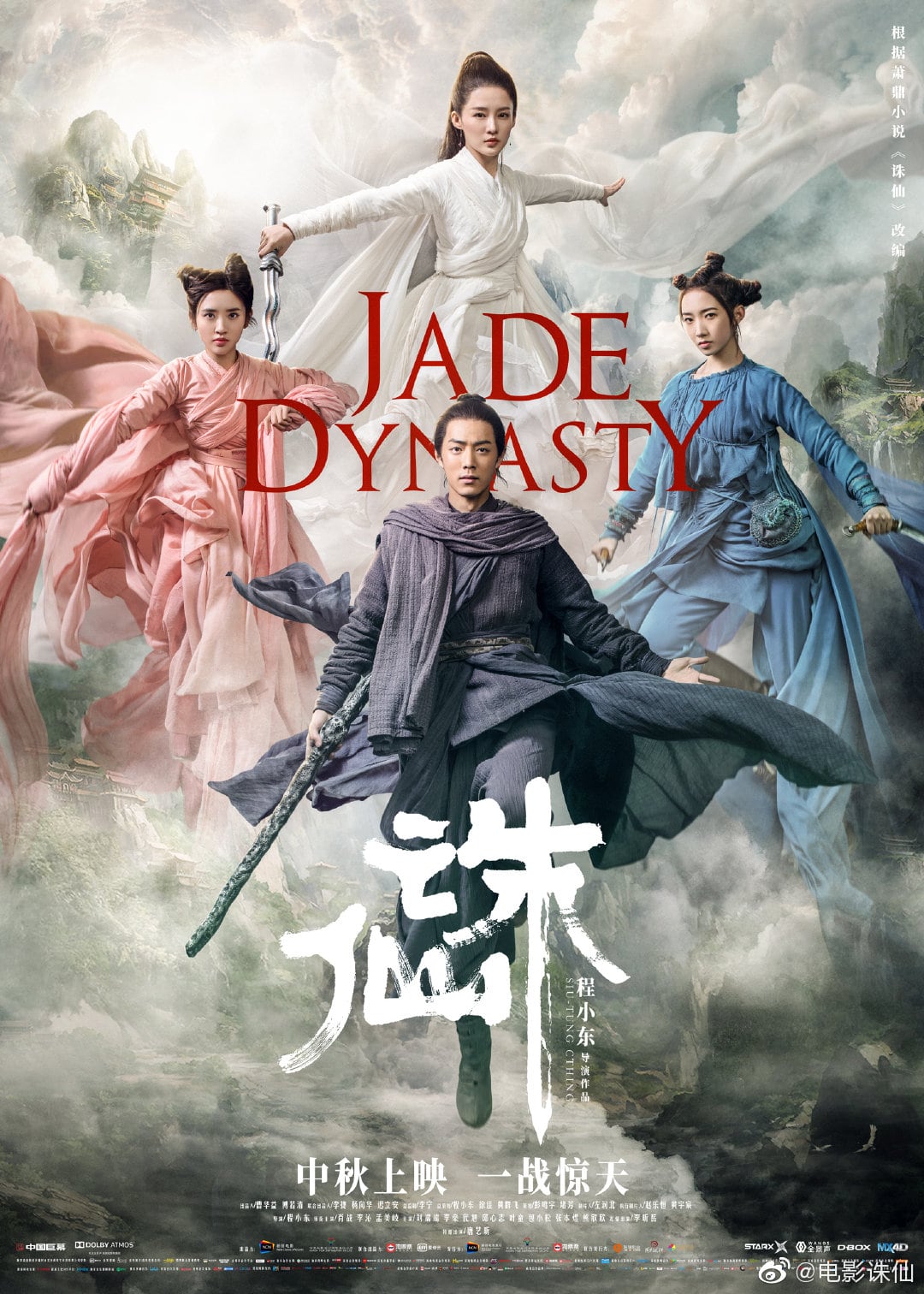 If you’re in the mood for a fantasy action film, check out “Jade Dynasty.” The story follows Zhang Xiao Fan (Xiao Zhan), a kindhearted young boy who is a survivor of a village massacre. He is taken in by the Qingyun Sect as a disciple and begins his journey of cultivation by learning martial arts from three different masters. At the same time, he also experiences a complicated relationship with three women: Tian Ling Er (Tang Yi Xin), Qingyun sect’s leader’s daughter; Lu Xueqi (Li Qin), the chief pupil of the Daoist master Shuiyue; and the mysterious Bi Yao (Meng Mei Qi). The film is an adaptation of the novel of the same name by author Xiao Ding, and it also has a hugely popular drama adaptation called “The Legend of Chusen” that aired in 2016. 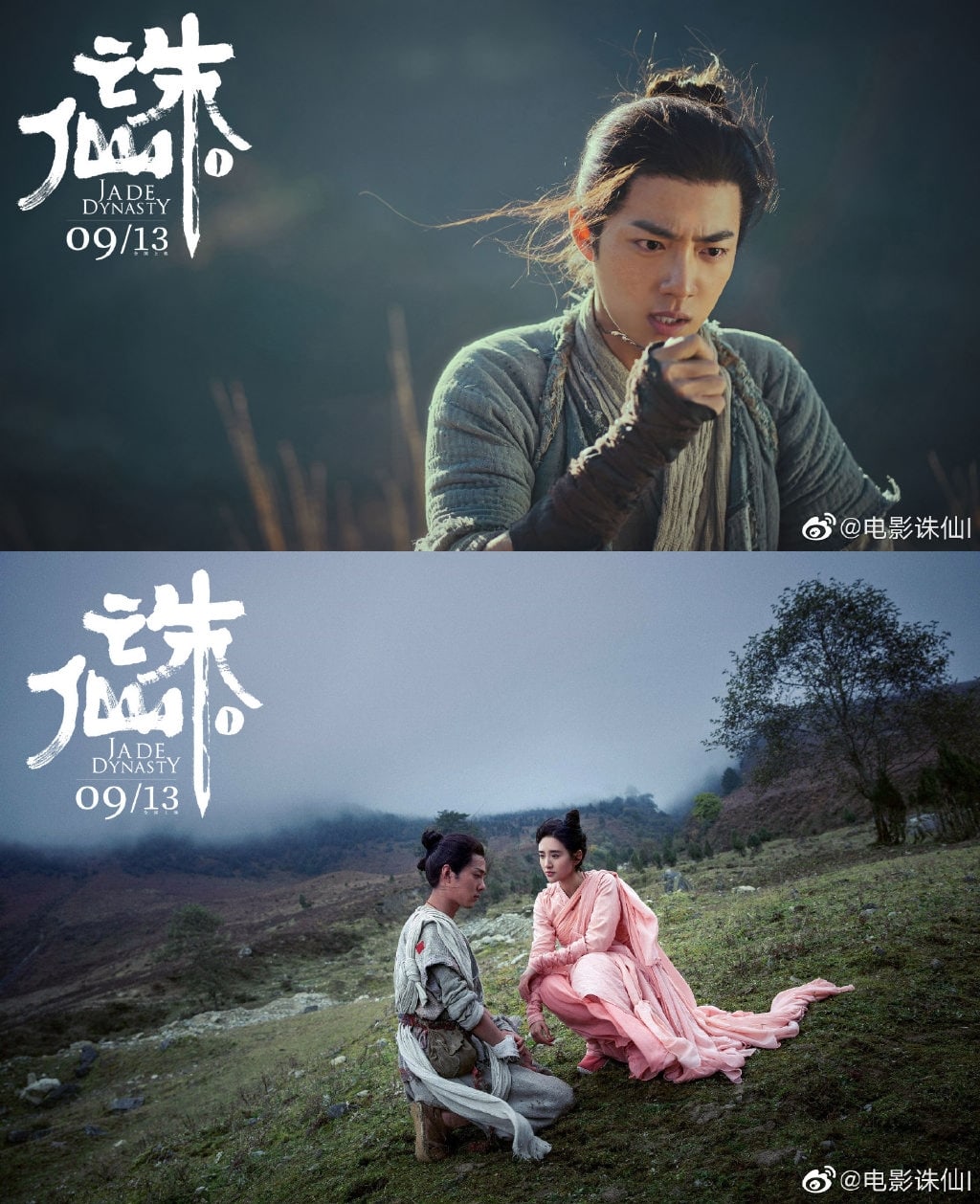 “Jade Dynasty” is definitely a visual treat for the eyes with its beautiful cinematography, and the lead actors are exceptional eye candy. It’s a great blend of action, an interesting story, and characters that will surely keep your eyes glued to the screen. Xiao Zhan shot to fame after starring in the 2019 monster hit drama “The Untamed,” and it came as no surprise that “Jade Dynasty” was released shortly after. It’s also Xiao Zhan’s first leading role in a film, and many fans praised his portrayal of his naive and sincere character. The movie was a box office hit both domestically and in Thailand and earned 142 million yuan (approximately $22.2 million) on its opening day. 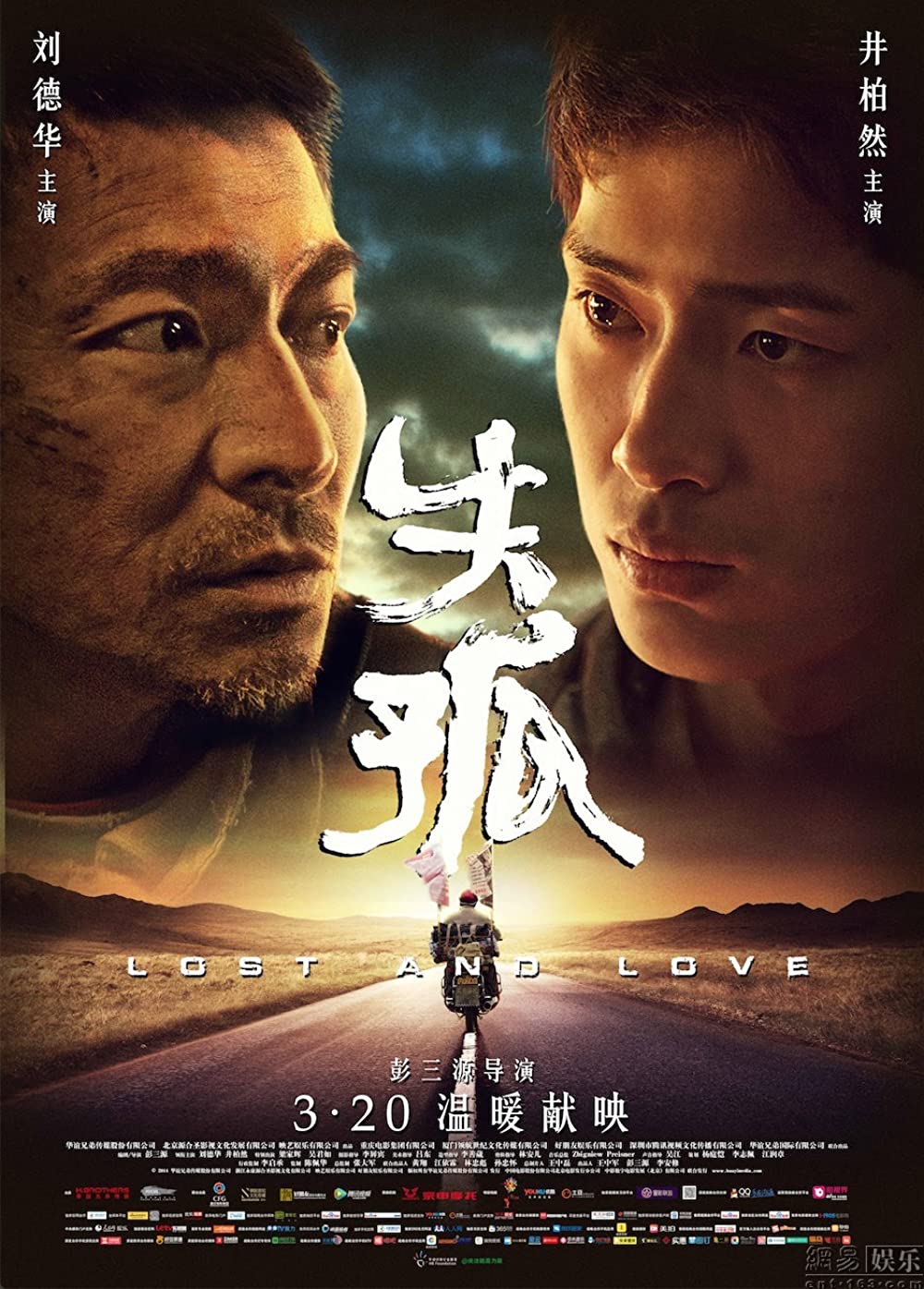 Hong Kong A-list actor Andy Lau stars in our next film “Lost and Love” as Le Ze Kuan, a father who suffers the cruel fate of having his two-year-old son abducted by human traffickers in 1999. Since the day his son went missing, Le Ze Kuan has been on a mission for 15 years to search for him. He journeys all over China on his motorbike with flags donning photos of his son as a baby and hands out flyers to every person he meets in a desperate attempt to find the boy. While on his journey, he meets a mechanic named Zeng Shu Ai (Jing Bo Ran), who was also abducted as a child and is looking for his biological parents. The unlikely duo decides to join forces and work together to track down their missing loved ones. 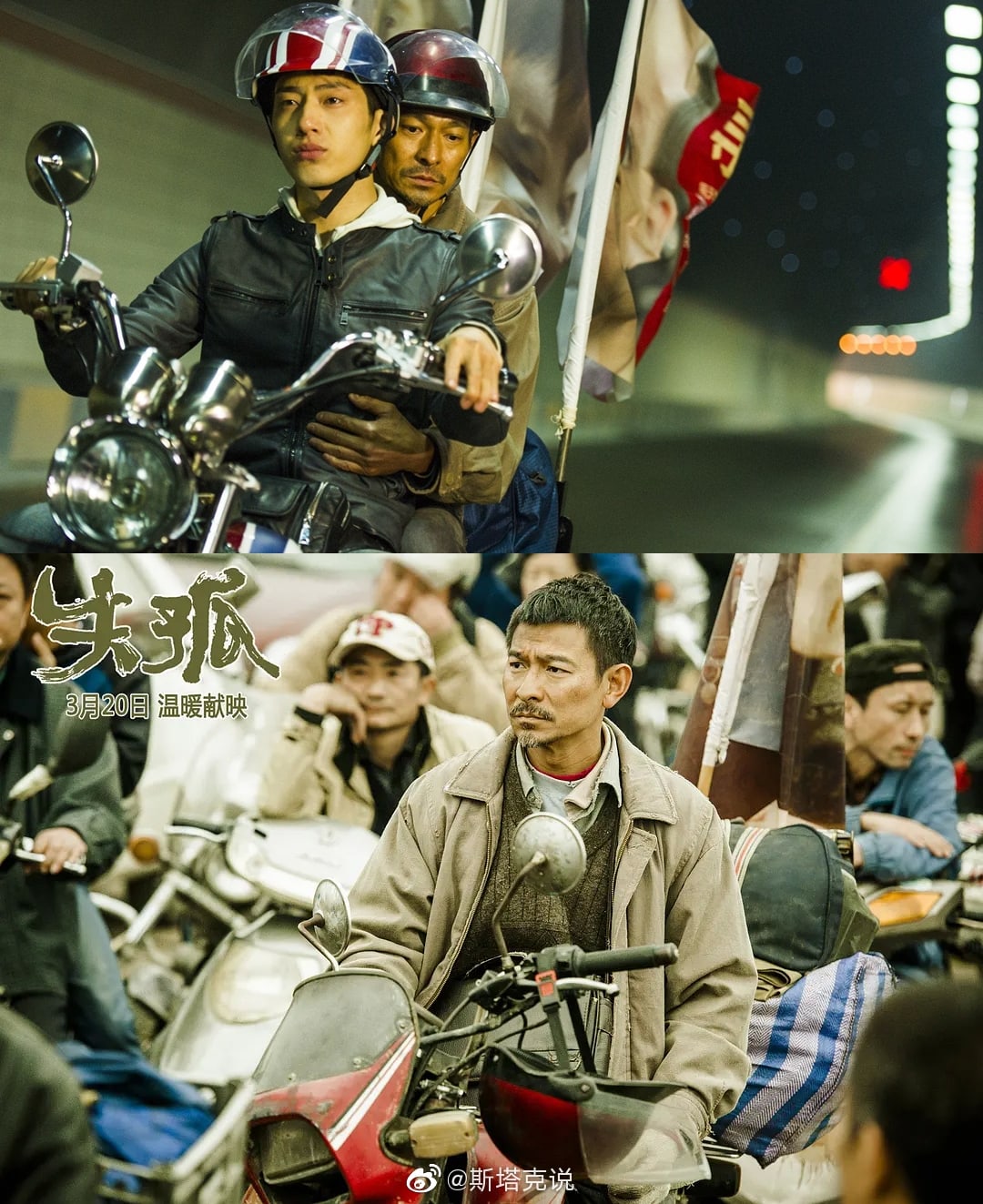 “Lost and Love” addresses the widespread problem of child abduction in China, where it is reported that thousands of children are trafficked every year. The film is actually inspired by the real life story of Guo Gang Tang whose two-year-old son Guo Zhen was snatched away by human traffickers in front of his home in Shandong Province in 1997. Guo traveled over 500,000 kilometers across the country on his motorbike in search of his son. In July of this year, Guo finally reunited with his son through DNA testing, ending his 24-year-long search.

The film is definitely a tearjerker, and it received rave reviews when it was first released in 2015. It’s a moving and compelling story that not only highlights grieving parents but also shows the stigma and social issues faced by illegally raised children who lack a proper identity. It’s a definite must watch, and many Chinese netizens are calling for a sequel to “Lost and Love” after Guo Gang Tang reunited with his son.

And finally, last but not least is the youth romance film “My Best Summer” starring Arthur Chen and He Lan Dou. This is also the film version of the hit 2016 drama “With You” and is based on the novel “The Best of Us” written by Ba Yue Chang An. The story follows Geng Geng (He Lan Dou), an adorable but awkward first year high school student attending the prestigious Zhen Hua High School. Geng Geng is filled with anxiety on her first day of school and feels doesn’t belong as she believes she isn’t smart enough to be at the school. However, a stroke of fate leads her to become deskmates with the popular and smart Yu Huai (Arthur Chen). Although the two start off on rocky terms, they soon become inseparable best friends going through the hardships of growing up. 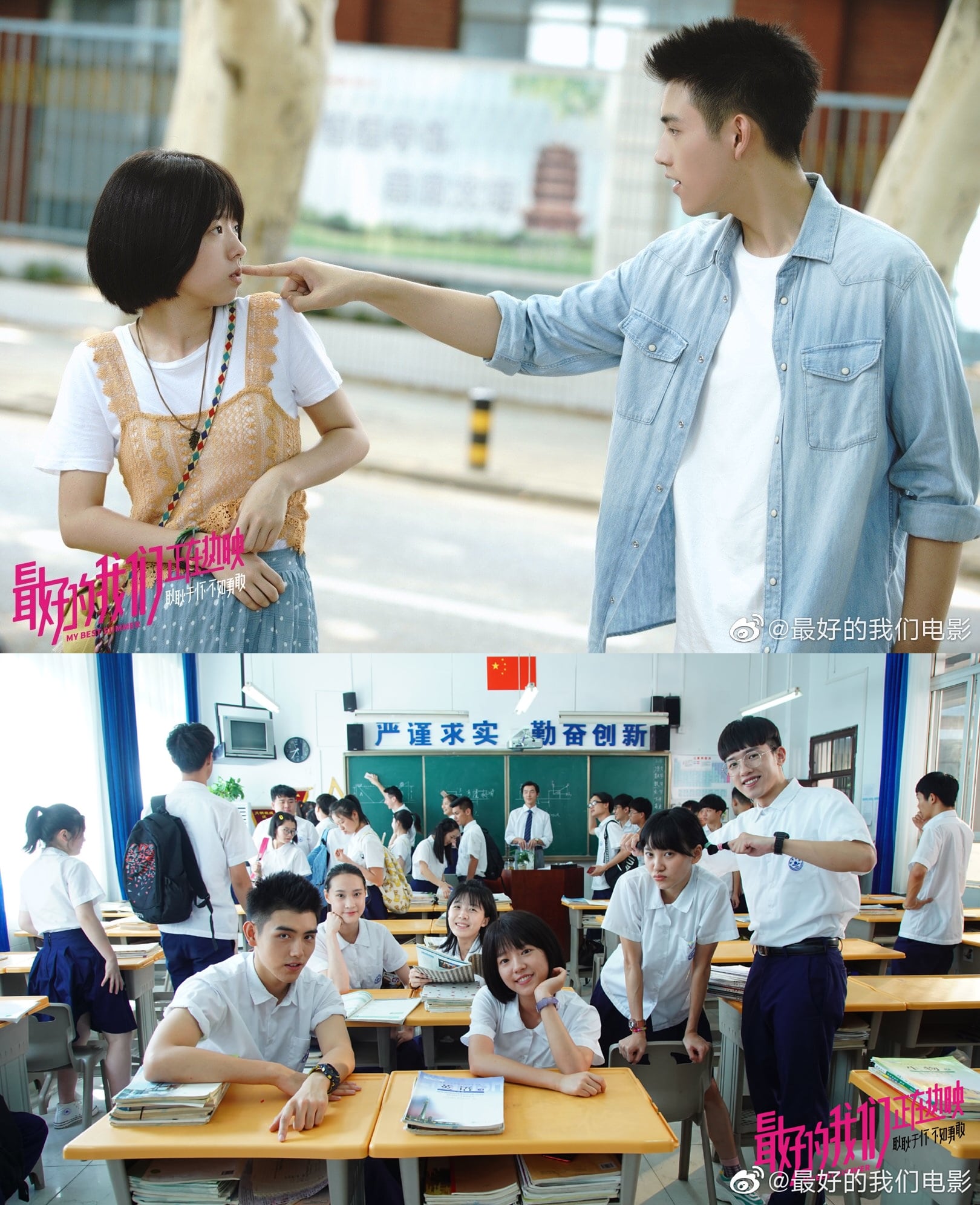 It’s a heartwarming coming-of-age story, and I believe many viewers can relate to the youthful warm love Yu Hai and Geng Geng shared during their formative years. Watching the film will make you feel nostalgic and will bring back those happy memories and feelings of what it was like to be at that age. Although the premise of the film is simple, it will hit you with all the feels as it touches on the topics of youth, love, family, and friendship so beautifully.

Currently watching: “Once We Get Married” and “Now, We Are Breaking Up”
All-time favorite dramas: “Go Ahead,” “Nirvana In Fire,” “Queen In Hyun’s Man,” “A Witch’s Romance,” “Love O2O,” “Skate Into Love,” and “My Mr. Mermaid”
Looking forward to: “She and Her Perfect Husband” “Glory of the Special Forces,” and “The Oath of Love”