Kim Jong Kook strongly denied allegations of steroid use and shared his plans to undergo tests to prove it.

On October 31, Canadian bodybuilder and fitness YouTuber Greg Doucette posted a video in which he evaluated Kim Jong Kook’s workouts and physique and concluded that the celebrity is most likely on steroids.

Hello, it’s GYM JONG KOOK, Kim Jong Kook!
I never expected this.. what a fun and exciting issue~
I was going to laugh it off and provide some light entertainment with a video and a comment, but this made it on the news.. and to just let it pass.. it would make really great content, so I couldn’t just pass it off as a rookie YouTuber..
If it’s necessary, I’m planning to undergo all of the tests that exist in the world. I finished one today. If there are any publicly credible tests that you recommend, please recommend them lots in the comments~

After asking his subscribers for help in finding a way go through a detailed doping test, he added, “We have to show them that what they think is impossible without drugs in that neighborhood is easily done here in Korea by lots of people~ ^^ (feat. the spiciness of Koreans) You can keep the million dollars.. but I think you’ll be very embarrassed.. I’m worried..” 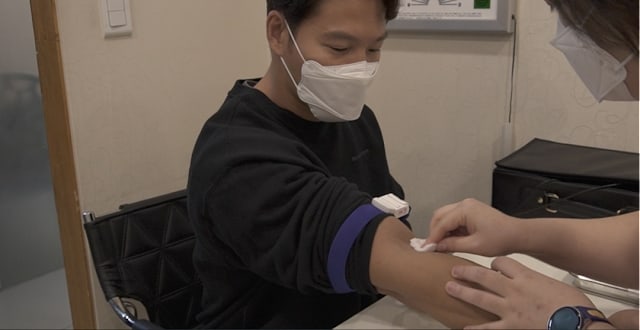 The next day, Greg Doucette posted a new video where he reacted to Kim Jong Kook’s response and the news coverage of his allegations. After the video was uploaded, Kim Jong Kook countered with a lengthier post on his YouTube community.

Now you say there’s no way to check and that it’s not a problem to use it? That it’s legal? All of a sudden? How absurd and funny.
If it’s a drug, even if it’s legal, it’s still a problem for someone in my position. It is legal and okay for normal people to receive it through a doctor’s prescription for their health and happiness.
But if I, Kim Jong Kook, do that, it’s a big problem here. I’ve lived 27 years as a singer and celebrity like that. I opened this channel with my modest body simply because I wanted to share my life of exercising based on hard work and health in case it might help even just one person gain hope in living a healthy life after seeing me as living proof. That’s why I’m operating this channel despite my shortcomings.

So after seeing my video from a month ago, that person was claiming that it’s not possible to have this kind of body and workout ability if I’m natural?
Hr what? Hormone what? He said I’m doing that.

Whatever it is, whether my hormone levels were enhanced or natural will all be revealed if I undergo a test. Don’t worry, I’ll undergo all of the other related tests one by one, so just enjoy, everyone. And he keeps saying I exercise two hours or three hours.. How frustrating.. I’m done working out after one hour and a half, or two hours at most.. I guess in that neighborhood they take a 10-minute break after every set.. from the way he’s calculating it.. And do I have to surprise him more.. I don’t have rest days.. I rest my lower body when I work out my upper body, and my upper body rests when I work out my lower body.

And 50 sets? I really don’t get what’s so amazing about that.. If you’re curious how I spread out the 50 sets, you can just subscribe to my channel..

Someone who’s never climbed a high mountain on his own is saying from the bottom of the mountain to someone who’s planted a flag at the top of it, “You can’t go up there without a helicopter. That person used a helicopter to get there. Because I also use a helicopter to go up there.. No, even the friends around me..I mean that’s not illegal.. In the book I read.. I mean.. Ah I don’t know! I’m an expert!”