Watch: “Street Woman Fighter” Dancers Pick Which “Master In The House” Members Are The Worst Dancers, Talk About Past Hardships, And More

The ladies of “Street Woman Fighter” were the latest masters on SBS’s “Master in the House”!

The episode began with a little dance-off as Lee Seung Gi revealed, “Before my debut, I received dance lessons for three months, and then it was decided that my dancing couldn’t be fixed.” When asked by the production team who the best and worst dancers among the cast were, Monika answered, “I want to sugarcoat it, but Yang Se Hyung is the best by far. If he just practices for six months, he can compete in underground battles. Come to Hongdae.”

For the worst dancer, she made everyone burst into laughter by replying, “Honestly, Kim Dong Hyun and Lee Seung Gi are really bad. I think if they came for dance lessons, I’d send them back and I wouldn’t be able to accept them no matter how much money they gave me. It would be too hard for both the teacher and student.”

Aiki agreed, “As expected, the worst dancer, in my opinion, was Lee Seung Gi.”

Check out the cast and guests’ mini dance battle here!

The women went on to share what kind of commercials they’ve gotten to film recently, thanks to the incredible popularity of their competition show. Monika and Lip J of Prowdmon impressed the cast by revealing that they filmed an ad for Apple’s new iPhone before adding, “We’ve earned a lot [of advertising fees].”

Aiki then chimed in, “I’ve filmed commercials for tteokbokki and ice cream, as well as a finance ad for a bank.” Gabee of La Chica commented, “As our team’s makeup and fashion became a hot topic, we’ve filmed many beauty commercials.”

Finally, Leejung and Yeojin shared, “We filmed a car commercial for BMW,” causing the cast to express their jealousy. 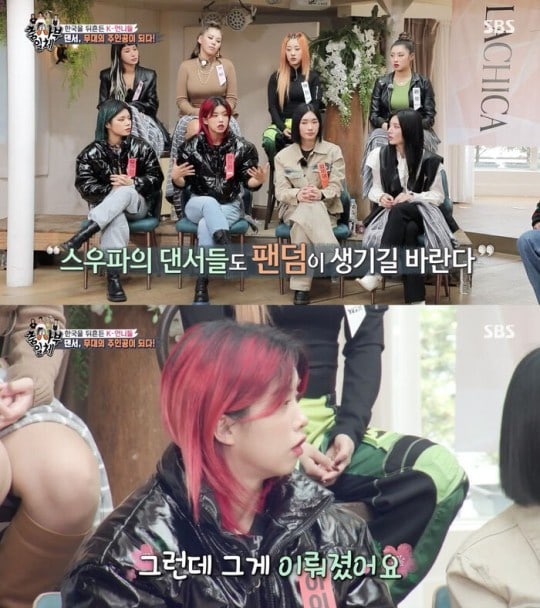 The dancers also discussed how they were cast for “Street Woman Fighter.” Aiki began, “The main PD [producing director] told us that their goal was for the ‘Street Woman Fighter’ dancers to gain fandoms too. At first, I honestly didn’t believe them. We’re not idols or celebrities, so how can we have fandoms? However, that became reality.”

Leejung continued, “To be honest, I thought viewership ratings would only be about 0.2 percent.” On the other hand, Gabee revealed, “I thought that the show would do well. Before I was cast, I dreamt an auspicious dream. I had a dream of a fire where a huge building exploded and the fire spread all over the city. However, the neighborhood in that dream was similar to Sangam-dong, where the ‘Street Woman Fighter’ broadcasting station is.”

Monika explained that when she was first cast, she thought she’d be appearing as a judge. She continued, “After I found out I was a contestant, I honestly didn’t want to go on the show. If I did well, it would’ve been expected, and if I did poorly, I knew I’d get criticized and people would ask, ‘How did that person get so famous?’ No matter what I did, there wouldn’t be any gains.”

Regarding why she still chose to appear, Monika shared, “The main PD told me, ‘You must know since you’ve worked so hard, but it’s not easy for your juniors to make a living with dance. Through this program, you can contribute to the path your juniors will take. Here, your juniors can become famous.’ After hearing that, I thought it’d be worth doing if I could contribute to that.”

Leejung revealed that she had agreed to appear on the show right away, while Gabee explained that she was the one who had gathered interesting stories from the dance scene to share with the producers, such as the conflict between Holy Bang’s Honey J and Coca N Butter’s Rihey. Gabee continued, “For an all-female dancer program, I thought that it was an absolute must for [dance crews] Holy Bang and Coca N Butter to appear.” 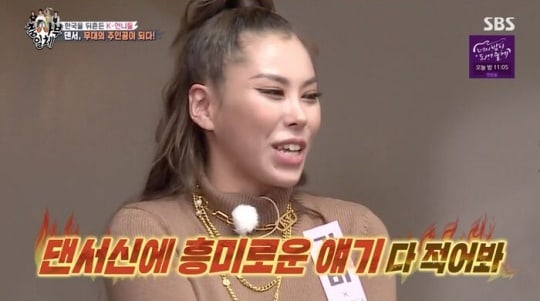 Later on in the show, Rian shared some of the hardships she faced throughout her career, explaining, “I taught lessons getting paid 20,000 won [approximately $17] an hour. I didn’t make enough money from it, but I needed to pay my tuition, so I’d work part-time jobs at night. But I also had to improve my dancing, so I’d go practice in the morning. For two to three years, I only slept two hours a night. I was able to endure it because I loved dancing.”

Hearing this, Monika shared, “This is the reason why I appeared on ‘Street Woman Fighter.’ I couldn’t understanding quitting because of money when I love dancing. That can’t happen. You have to do what you love, and I wondered whether it was possible in the 21st century to not be able to do what you love because of money.” She added, “To the dancers who couldn’t participate in ‘Street Woman Fighter,’ we’ll close this out well and connect this influence to you all, no matter what.” 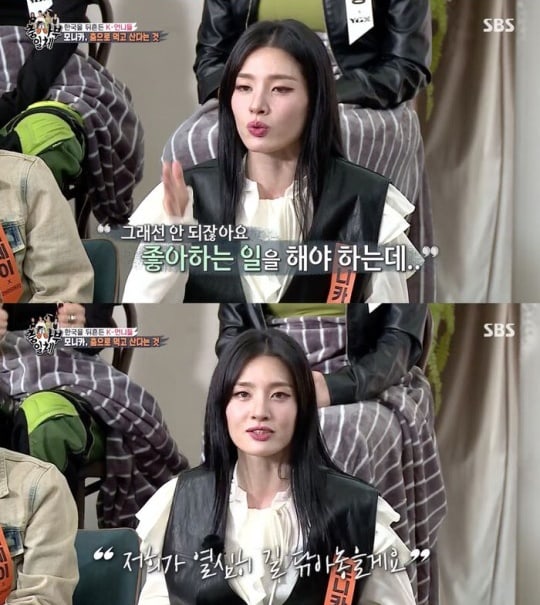 At another point in the show, the women were asked if anything had changed around them since their TV appearance. Aiki boldly explained, “Honestly, my in-laws were against my dancing. My in-laws help me with child care, but since I don’t make a lot of money, I was always walking on eggshells around them. Especially during holidays.” However, she proudly shared, “My in-laws live in Seoul’s Eunpyeong district, and I recently became the ambassador for the Eunpyeong district. These days, my father-in-law has been bragging about me a lot.”

Leejung also shocked everyone by revealing that she had an IQ of 150 and had even taken the Mensa test. She revealed that her parents had been strongly against her dancing and shared the unique promise they made her. She explained, “I’ve wanted to dance since I was young. Since I wanted to dance, my parents decided to send me abroad to focus on my studies.” 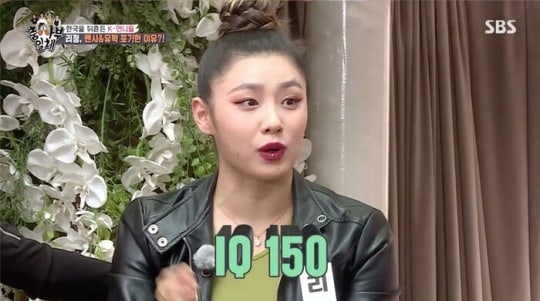 Leejung continued, “They spent money so I could study abroad, but my dad had a really hard time because I said I would dance. I studied abroad in the United States for five years, and my parents said that if I placed first in my grade, they’d let me take dance lessons during my break. So I placed at the top of my class and went back.”

She went on, “During summer vacation, I came back to Korea and learned dance for the first time for two months, but I couldn’t get myself to go back to the United States. That’s why I held my mom crying and told her that if I went back now, I wouldn’t be happy, so my parents finally agreed.” Leejung explained that her father told her that if she didn’t accomplish anything within a year, she would have to go back to the United States. Within that time, she joined Just Jerk and impressively made it to the quarterfinals of “America’s Got Talent.” She happily added, “Now, my dad always gives me a ride to drop me off.”

Monika also explained that she had gained her mother’s approval through “Street Woman Fighter,” sharing, “After watching the broadcast, she said to me, ‘I’m sorry I wasn’t able to support you until now.” Monika added, “At first, my mom begged me because she thought I would quit my job to dance. For about a year, I lied to her and said I was still going to that job.”

Watch full episodes of “Master in the House” with English subtitles below!