Why Not Media and Seezn’s new drama “Part-Time Melo” (literal title) has released its main poster!

“Part-Time Melo” is about a group of part-timers who work at a pub, including a girl who’s never dated before but wants to start, a suspicious boy who doesn’t want to get entangled in relationships, a girl who is a science major and lives by hard facts and data, and a boy who is a literature major and gets caught up in his emotions. 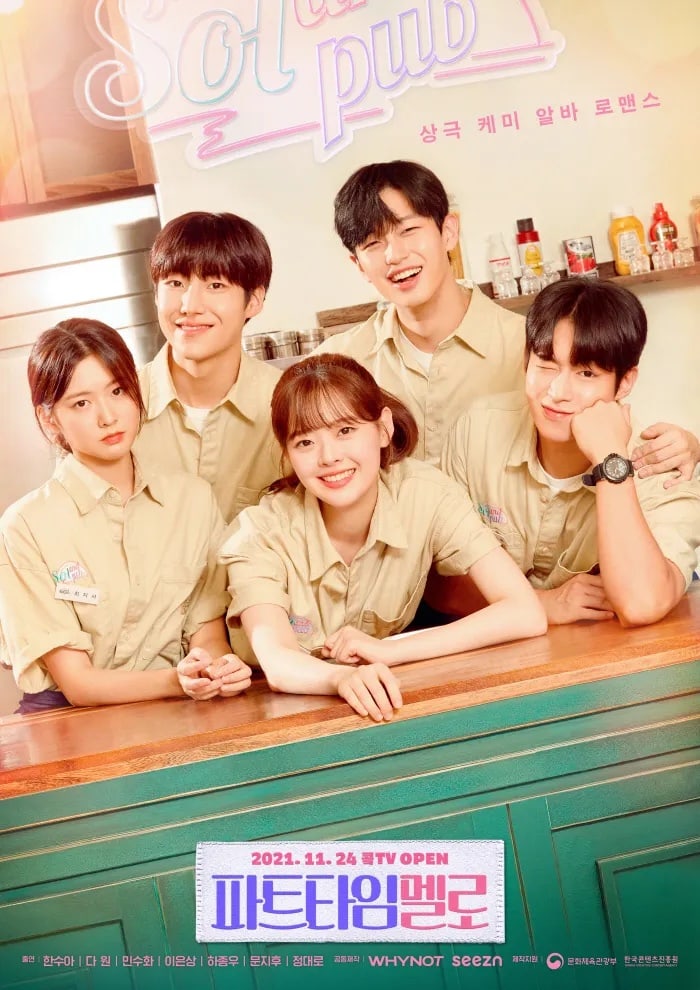 “Part-Time Melo” premieres on the YouTube channel 콬TV (Kok TV) on November 24 at 6 p.m. KST and will be available on Seezn starting on November 17 at 11 a.m. KST.