Jung Hae In and BLACKPINK’s Jisoo’s “Snowdrop” has unveiled its premiere date and a new poster!

The new poster revealed on November 9 features Su Ho and Young Ro sitting together under the warm sunlight. Su Ho looks off into the distance while Young Ro gazes at him with loving eyes. The poster captures the youthful beginning of their relationship as their faces show hints of excitement. A snowdrop flower in the foreground has its stem going right between the pair and adds a romantic atmosphere to the image. But at the same time, the way Su Ho doesn’t meet Young Ro’s gaze indicates some tension, which is only amplified by the text that reads, “Must not get caught. Both love and fate.” 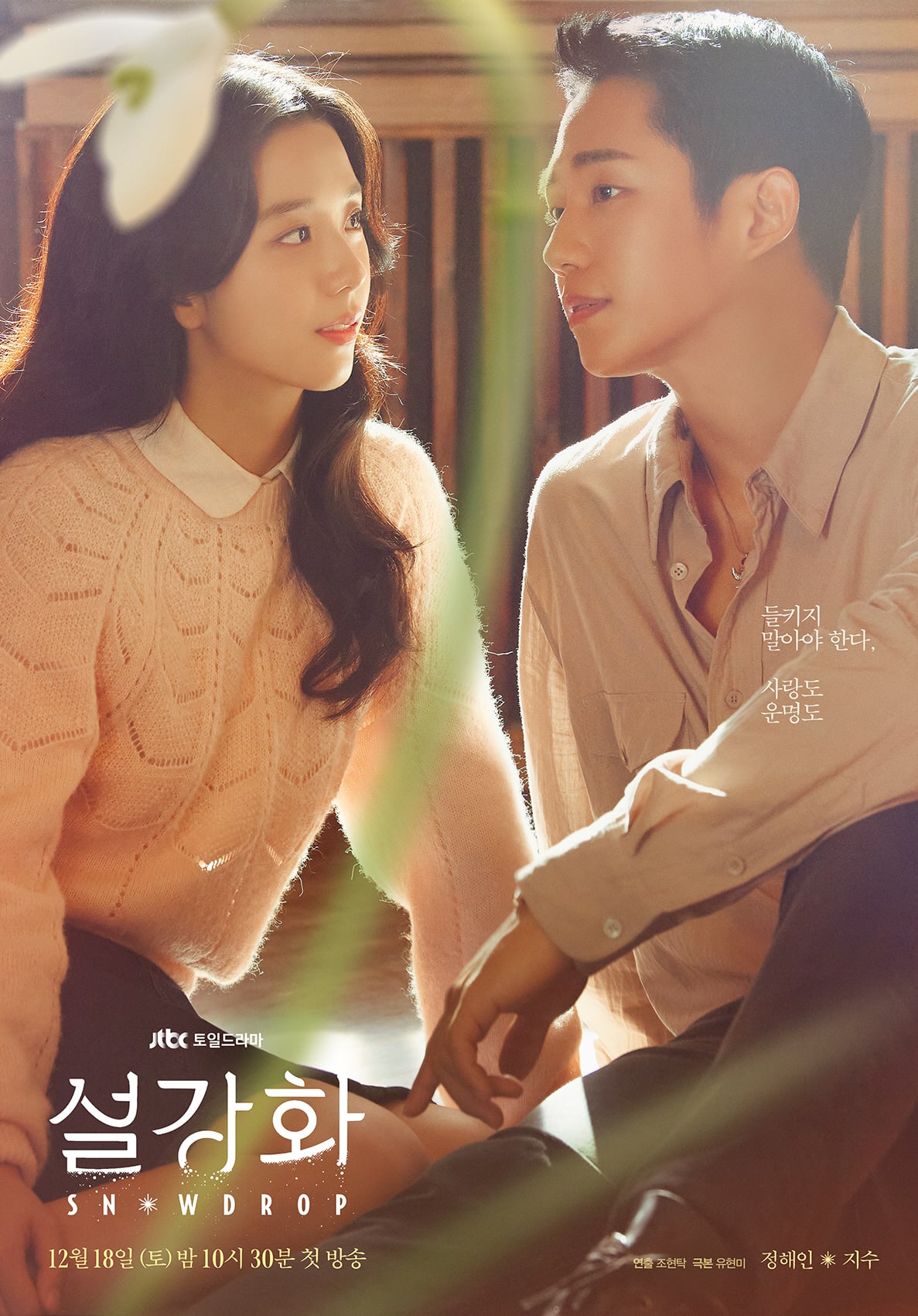 “Snowdrop” is created by writer Yoo Hyun Mi and director Jo Hyun Tak, who previously worked together on the hit drama “SKY Castle.” Other cast members include Yoo In Na, Jang Seung Jo, Yoon Se Ah, Kim Hye Yoon, and Jung Yoo Jin. The drama has announced that it will premiere on December 18 at 10:30 p.m. KST.

While you wait, watch Jung Hae In in “A Piece of Your Mind” below!