EXID’s Hani Asks Bandmates To Vote On Whether They Want To Stay In Cotton Candy On “IDOL: The Coup”

JTBC’s “IDOL: The Coup” has shared a sneak peek of a tense moment from its upcoming episode!

The first episode of “IDOL: The Coup” ended on a cliffhanger, with the head of Cotton Candy’s agency (played by Jung Woong In) informing Jenna that he planned to disband the group, but that he wanted to keep Jenna—and Jenna alone—at Starpeace Entertainment.

In the drama’s second episode, Jenna will turn to her bandmates for a serious discussion on Cotton Candy’s future. As they face their imminent disbandment, Jenna will ask the other Cotton Candy members to vote on whether they want to keep the group together or go their separate ways.

Although Cotton Candy is exhausted after six years of struggling—and failing—to get their name out there, the members have also built up a deep bond over the years, and Jenna broaching the topic of disbandment is a shock to everyone.

In newly released stills from the drama’s next episode, Jenna has a cold look in her eye as she speaks to her fellow Cotton Candy members. As always, Hyunji approaches her challengingly with a fiery glint in her gaze, while a visibly upset Stella looks on worriedly. ChaeA, on the other hand, seems unable to meet her bandmates’ gaze. 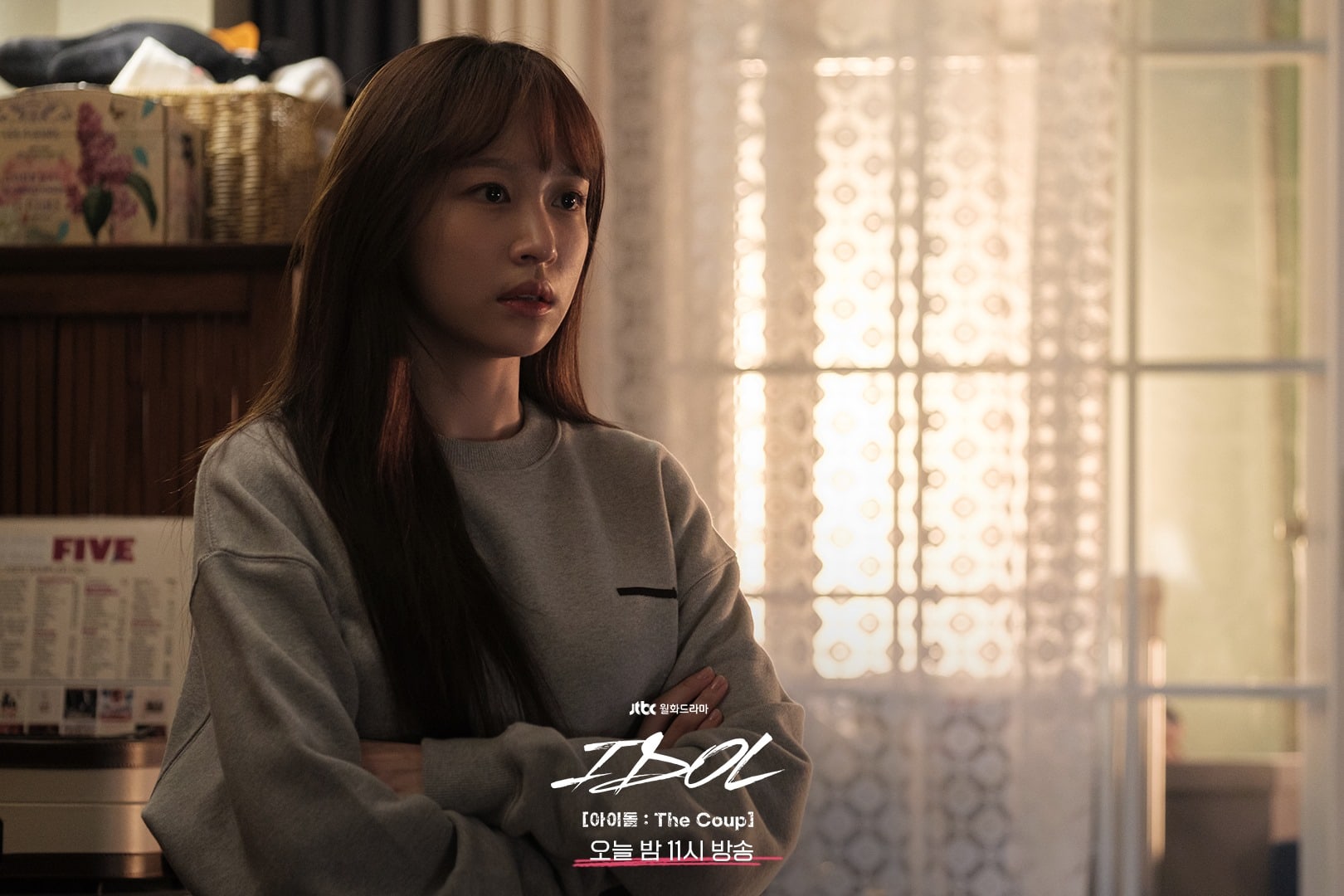 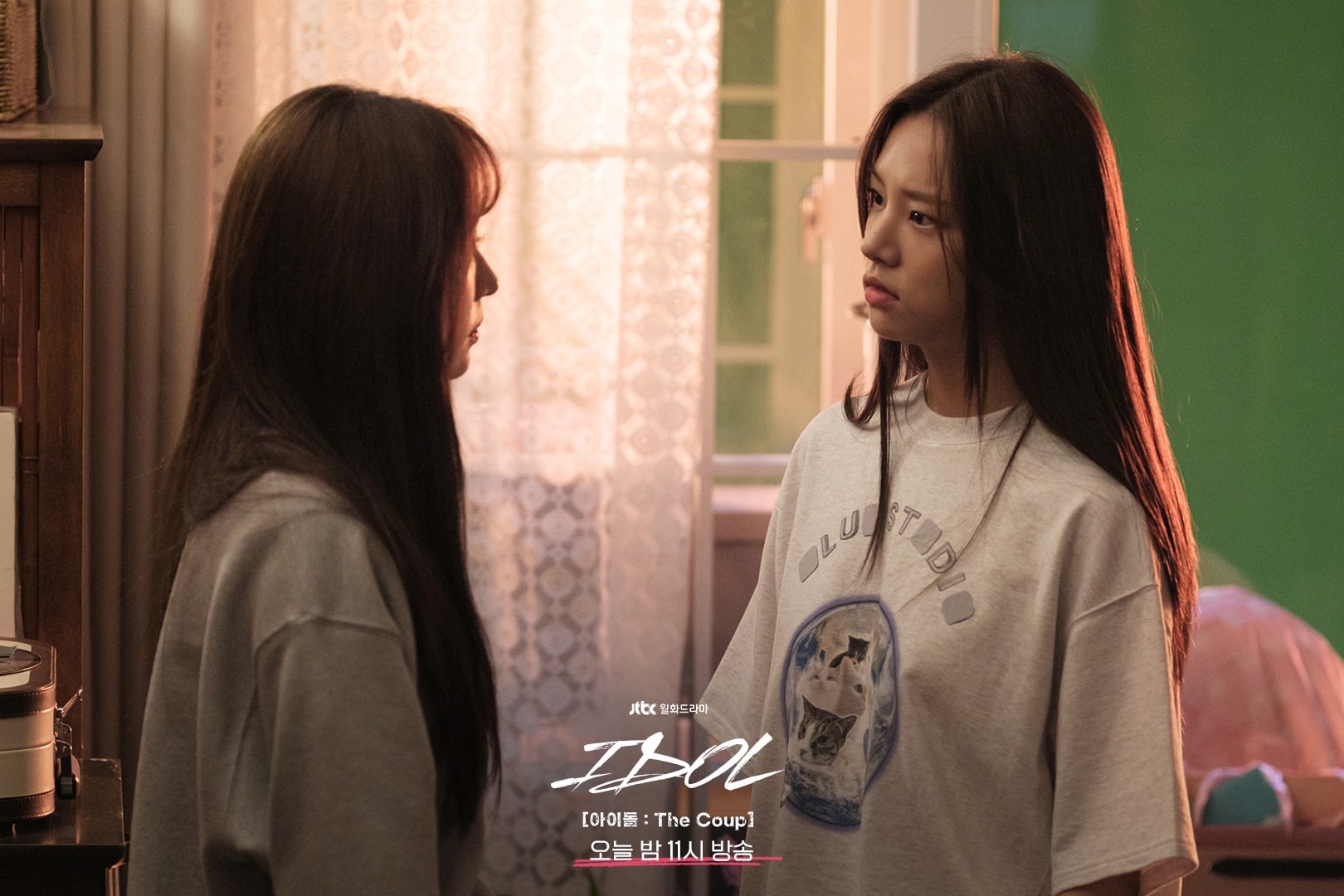 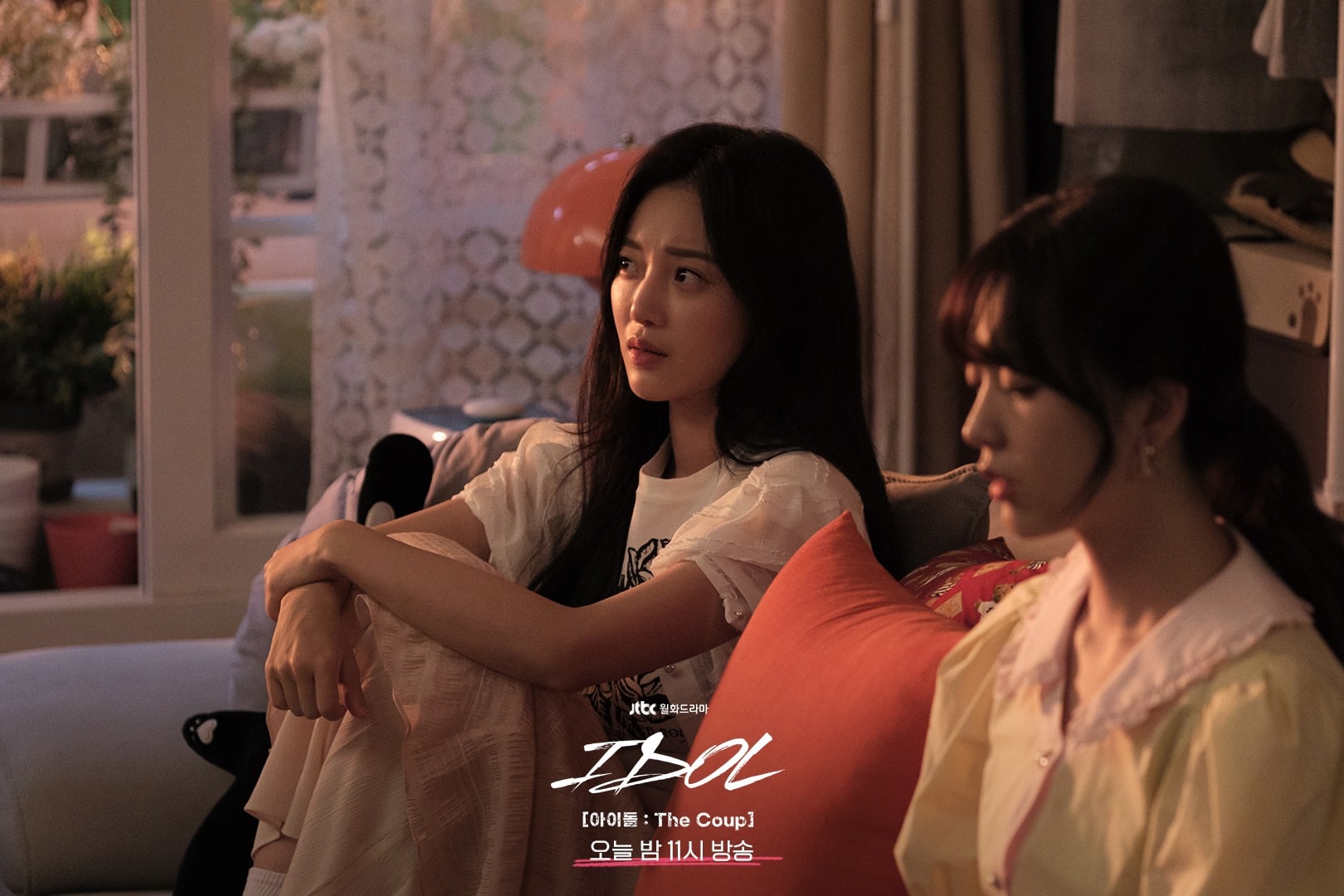 To find out what decision each of the Cotton Candy members will make about their future, tune in to the next episode of “IDOL: The Coup” on November 9 at 11 p.m. KST!

In the meantime, watch Hani in “You Raise Me Up” with subtitles below:

EXID
LABOUM
Hani
Solbin
Han So Eun
Redsquare
Green
IDOL: The Coup
How does this article make you feel?