Song Hye Kyo, Jang Ki Yong, And More Introduce Their “Now We Are Breaking Up” Characters, Share Why They Chose The Drama, And More

“Now We Are Breaking Up” is a realistic romance drama about love and breakups set against the backdrop of the fashion industry. Song Hye Kyo will star as Ha Young Eun, a fashion designer who is a firm realist, while Jang Ki Yong will star as Yoon Jae Guk, an intelligent freelance photographer who changes her mind about love.

The director explained that the drama tells the story of life through love and break ups and added, “Also, our drama doesn’t have any villains. I thought that we would receive lots of love if we used the power of warmth to properly showcase our good actors’ detailed acting.”

The stars introduced their characters with Song Hye Kyo sharing, “I play the role of Ha Young Eun, the design team manager. She’s passionate with love and work and powerfully approaches the work she’s given. She also has a healthy mindset about relationships with those around her. Through this role, I did a lot of studying too.” Jang Ki Yong said, “I play Yoon Jae Guk, a fashion photographer who has overwhelming passion for his work. He’s someone who’s honest in the face of love.” 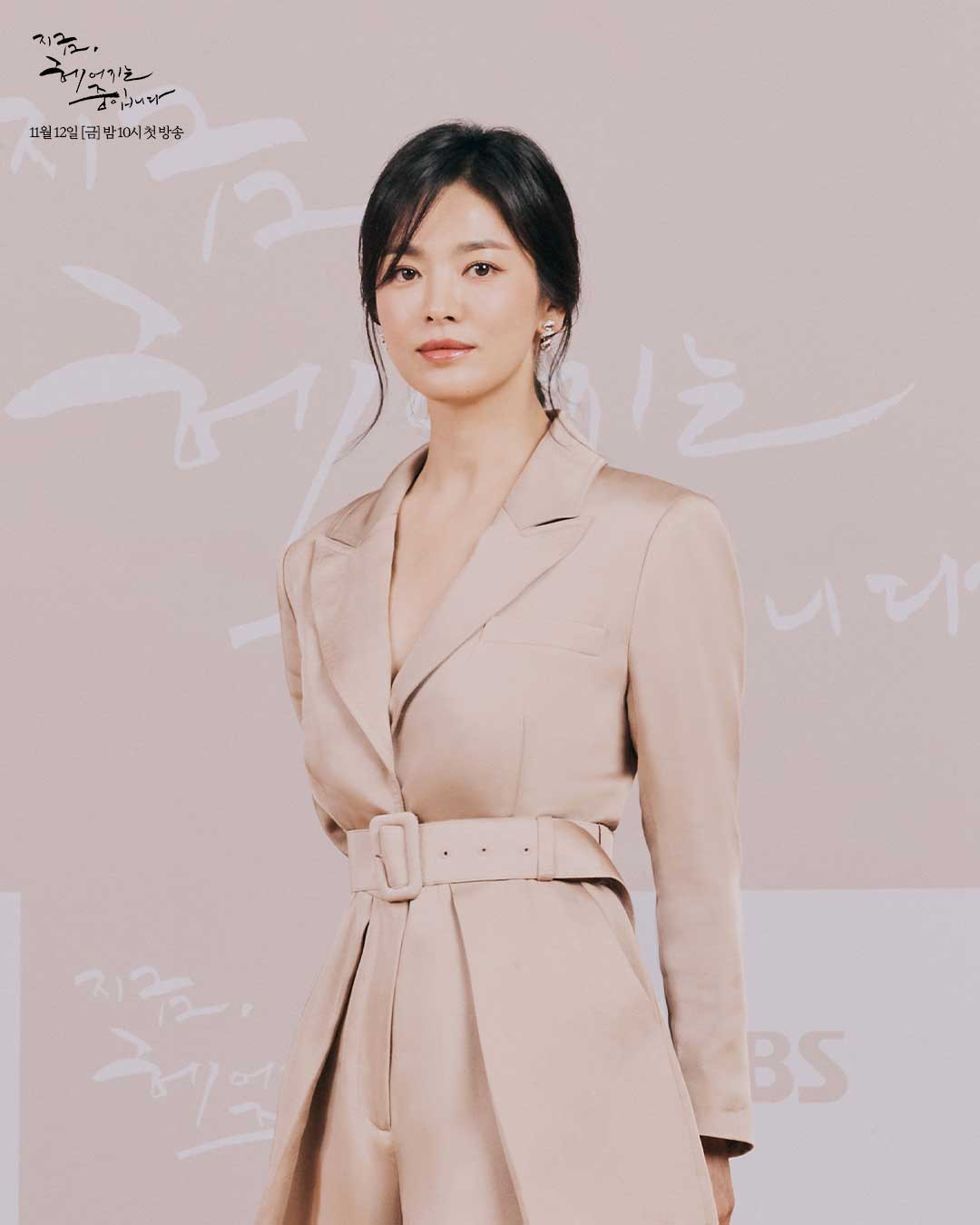 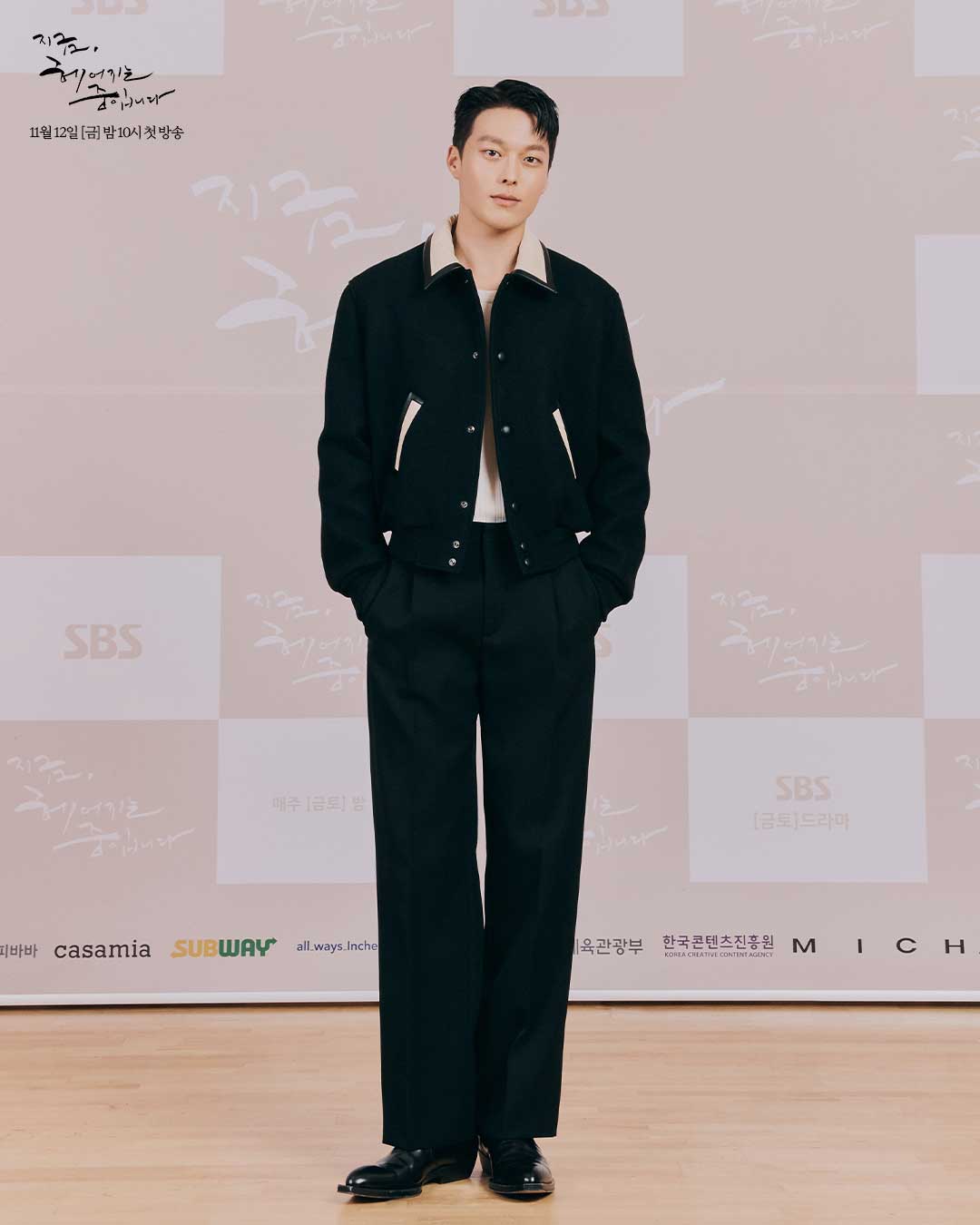 Kim Joo Heon shared, “I played Seok Do Hoon, who works in fashion PR. He’s very close with Yoon Jae Guk.” Choi Hee Seo shared, “I play the design team general director and the owner’s daughter Hwang Chi Sook. Although she’s extravagant on the outside, she’s someone who’s lonely on the inside.” 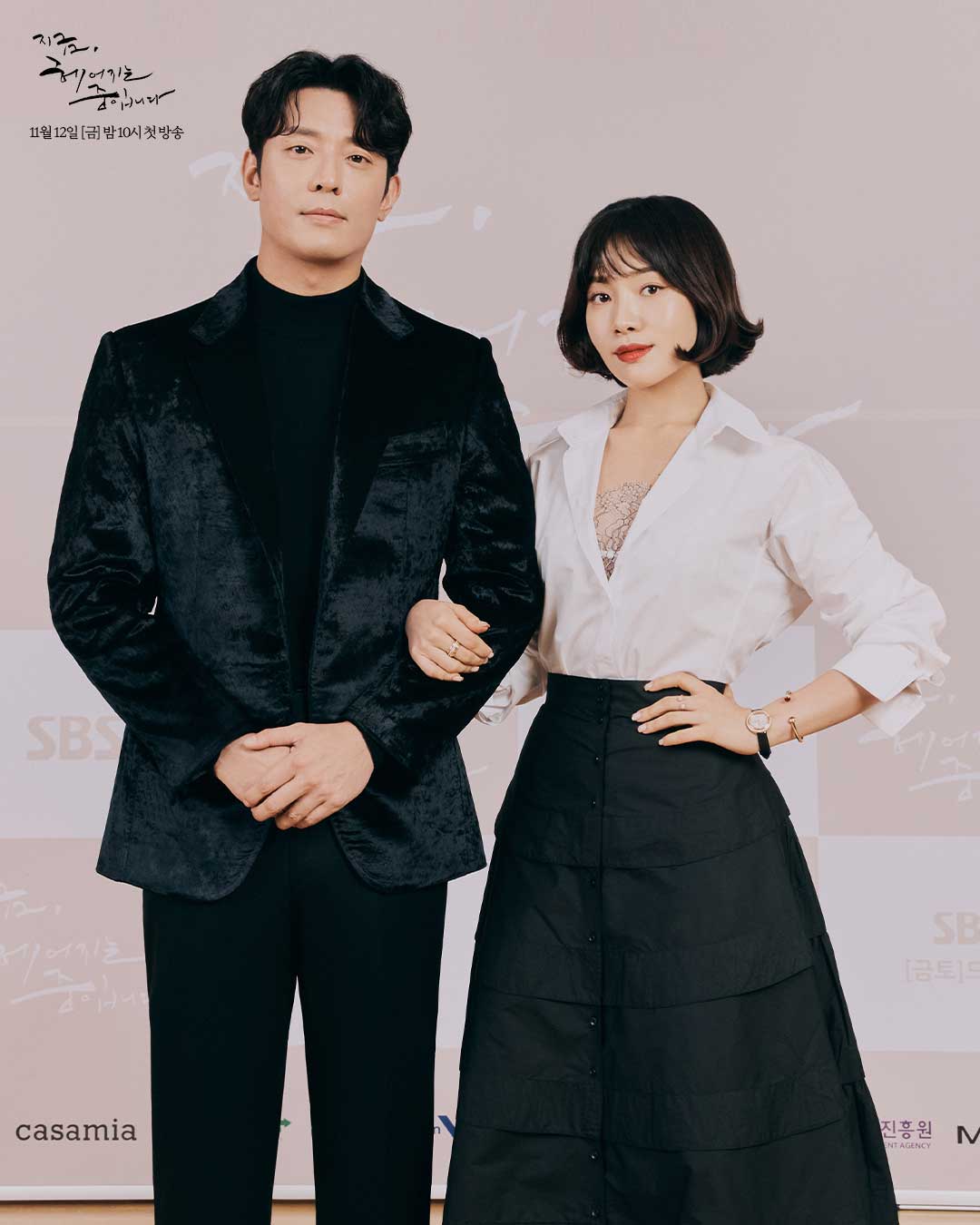 Park Hyo Joo continued, “I play Jeon Mi Sook, who is currently a housewife but was previously a model, and before that, chewed a lot of gum [meaning she was very carefree]. She appears as a high school classmate of Ha Young Eun and Hwang Chi Sook, so please look forward to the girls’ chemistry.” Lastly, Yoon Na Moo commented, “I play Kwak Soo Ho, who is Jeon Mi Sook’s husband and the general manager of Seok Do Hoon’s company. He works very hard to be professional but he cries a lot and has a lot of affection.” 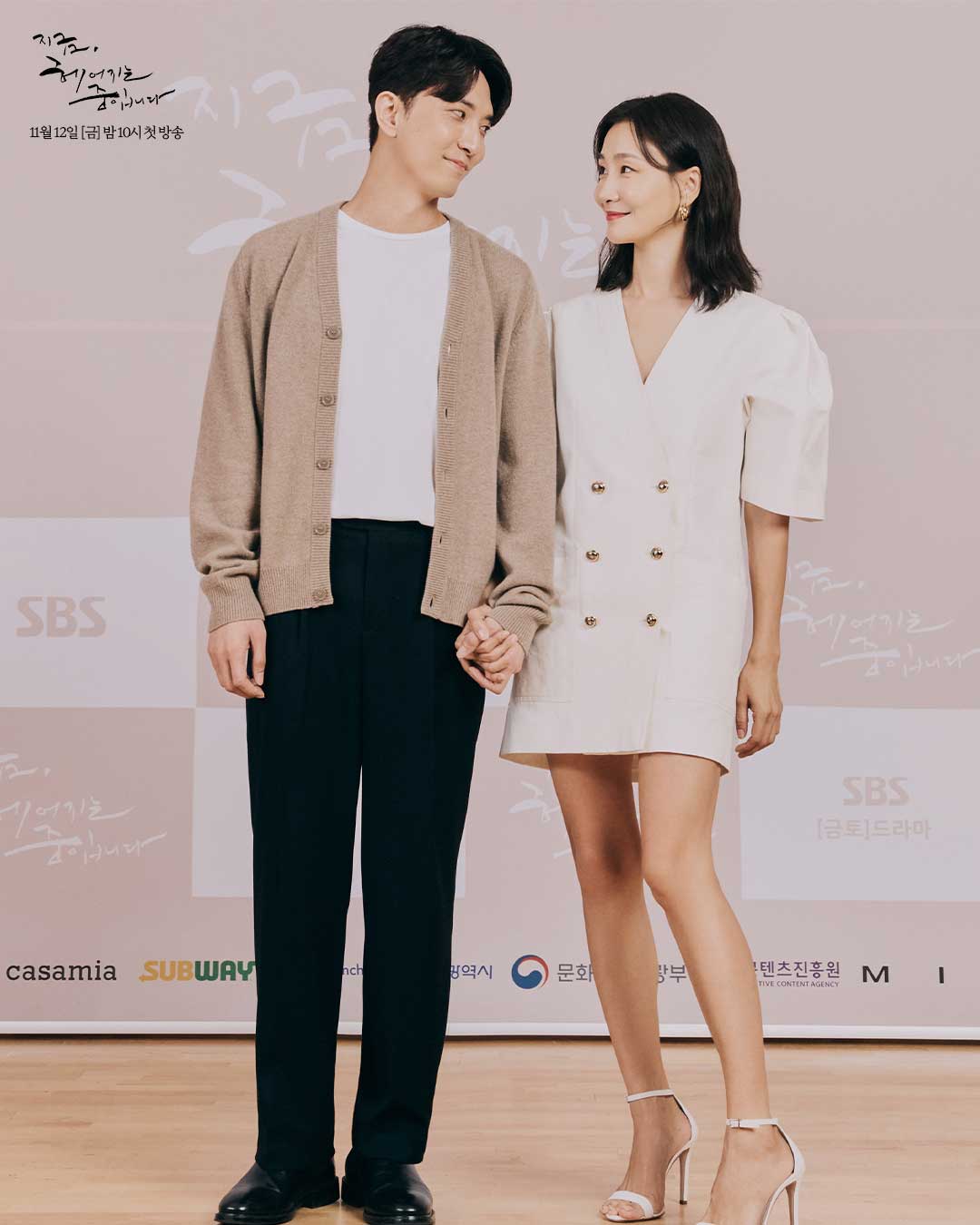 “Now We Are Breaking Up” has been garnering lots of attention as it is Song Hye Kyo’s first drama in two years. The actress commented, “As news of my appearance in ‘Now We Are Breaking Up’ became more known, there were people waiting for a melodrama from me, but there were also reactions like, ‘She’s doing another melodrama?’ As I keep growing one year older, I have many experiences and learn lots so I chose this drama because I thought that the melodrama I’m portraying this time would have different aspects from ones before.”

She continued, “My last project ‘Encounter‘ was a fairytale-like melodrama that was mixed with fantasy and ‘Now We Are Breaking Up’ is extremely realistic. My character’s around the same age as me and there are a lot of things that come up that women my age can relate to. That’s why it was fun while acting and I could relate to it. I also felt pleasure acting out my realistic love story with Jang Ki Yong.”

This drama is also special for Jang Ki Yong in a different way as it’s his final project before his enlistment. Although the actor enlisted in August, he was present at the press conference as it was filmed beforehand. Jang Ki Yong explained how fateful it was to be able to star in ‘Now We Are Breaking Up’ before enlisting and asked for lots of love.

Regarding why he chose “Now We Are Breaking Up” as his last drama, Jang Ki Yong shared, “I liked the drama plot with fashion as the premise and I was curious about the love story between the realist Ha Young Eun and the free-spirited Yoon Jae Guk. As I move into my thirties, I thought this was a good opportunity for [portraying] mature acting. I thought that if I was working with this director, I’d be able to complete it healthily so I really wanted to do it.” 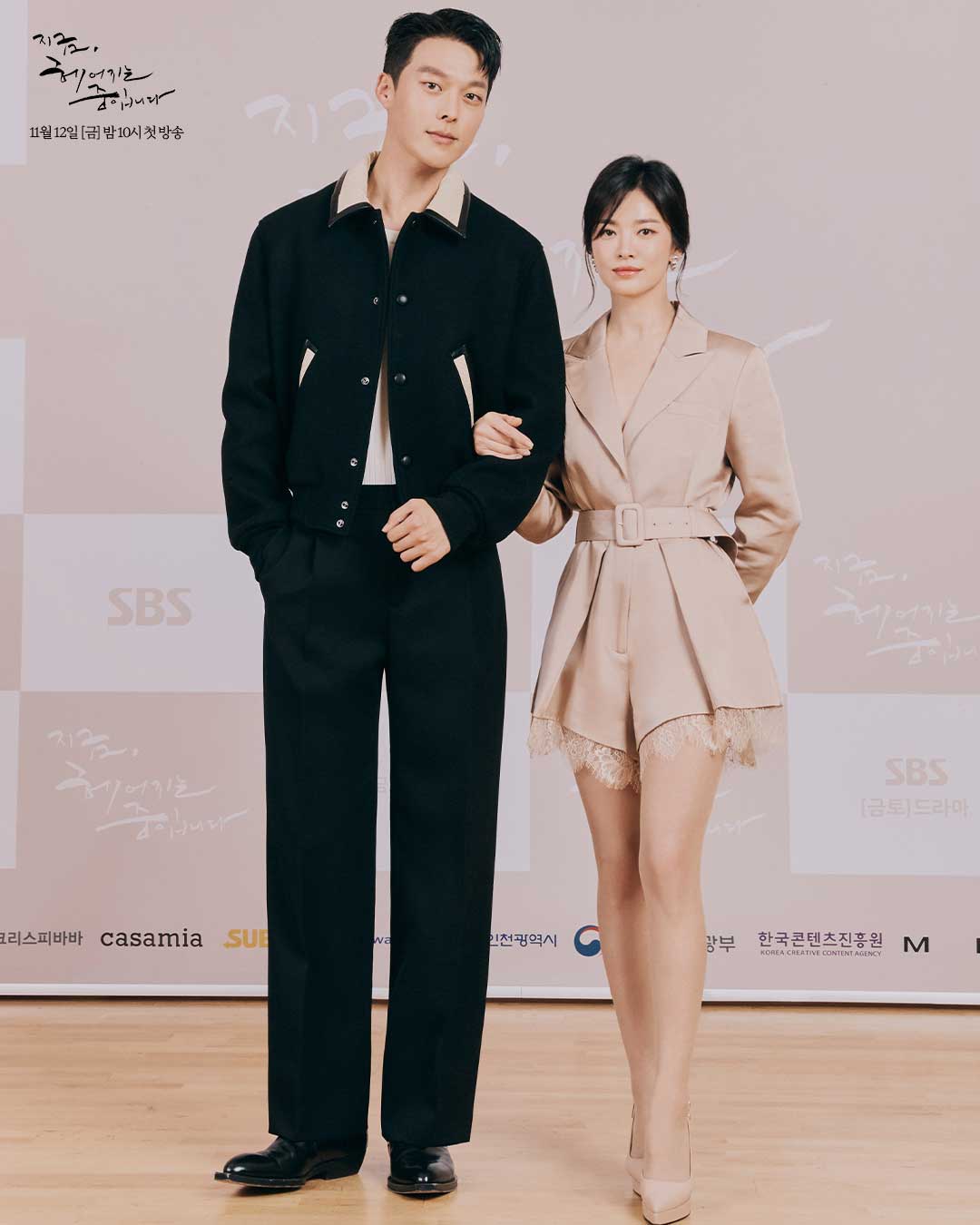 The pair also discussed their chemistry with Song Hye Kyo commenting, “Jang Ki Yong is well-mannered and kind. When I said something, I liked how he tried his best to get it done. During our first filming, he was walking towards me from over there and he was just Yoon Jae Guk. When he said his first line, his deep voice was Yoon Jae Guk so I thought, ‘Our chemistry is going to be great moving forward.'”

Jang Ki Yong replied, “I’m so thankful to Song Hye Kyo. Even now, I still can’t believe that Song Hye Kyo is next to me. It was even more fascinating when we were working together in front of the camera. I was nervous during our first filming but she was so considerate on set. When I joke around, she’s like a close older sister, but when we start filming, she’s an impressive actor who turns into Ha Young Eun.”

Song Hye Kyo added on Park Hyo Joo’s comment of the ladies’ chemistry, sharing, “We got a lot closer while filming to the point where it’s regretful that the drama [filming] is ending. I appeared in a past drama with Park Hyo Joo as friends but we were young and shy so we couldn’t talk a lot but we got to meet again. Also, I’m such a fan of Choi Hee Seo. I thought that I wanted to meet her because she’s so good at acting so I’m happy we got the chance.” 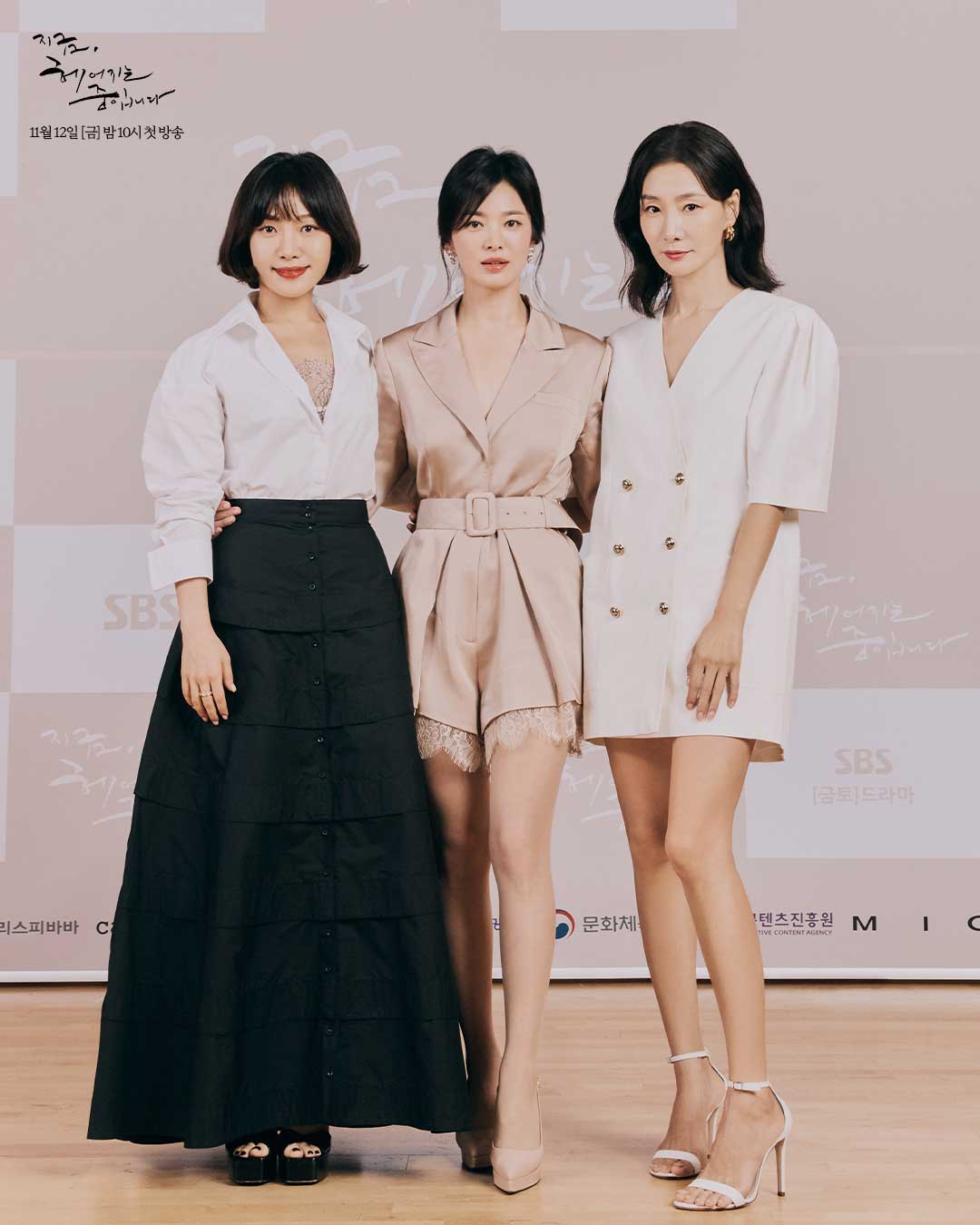 Lastly, the director shared, “Once I cast Song Hye Kyo and was preparing this project, a director who’s a close friend of mine said, ‘You saved the country in your past life.’ It was so fateful that I met Song Hye Kyo. I hope we can meet again in a good project.” He continued, “The message of this project is in the title. Isn’t every relationship a sequence of meeting and parting?”

“Now We Are Breaking Up” premieres on November 12 at 10 p.m. KST and will be available on Viki!