tvN’s new drama “Happiness” has shared a fun glimpse behind the scenes of filming!

“Happiness” is an apocalyptic thriller that takes place in the near future, set in a high-rise apartment building stratified by social standing. The building is sealed off when a new infectious disease emerges in the city, and the drama will depict the residents’ fear, fierce psychological battles, and desperate struggle for survival within the closed-off building. Han Hyo Joo stars in the drama as Yoon Sae Bom, a tactical agent in the Seoul Police Special Operations Unit, while Park Hyung Sik stars as detective Jung Yi Hyun, her former high school classmate who has feelings for her.

In newly released behind-the-scenes photos, Park Hyung Sik shows off his playful real-life chemistry with Lee Joon Hyuk, who plays Jung Yi Hyun’s partner and veteran detective Kim Jung Kook. However, when he isn’t joking around his co-star, he manages to exude an aura of charismatic cool even in a candid shot. 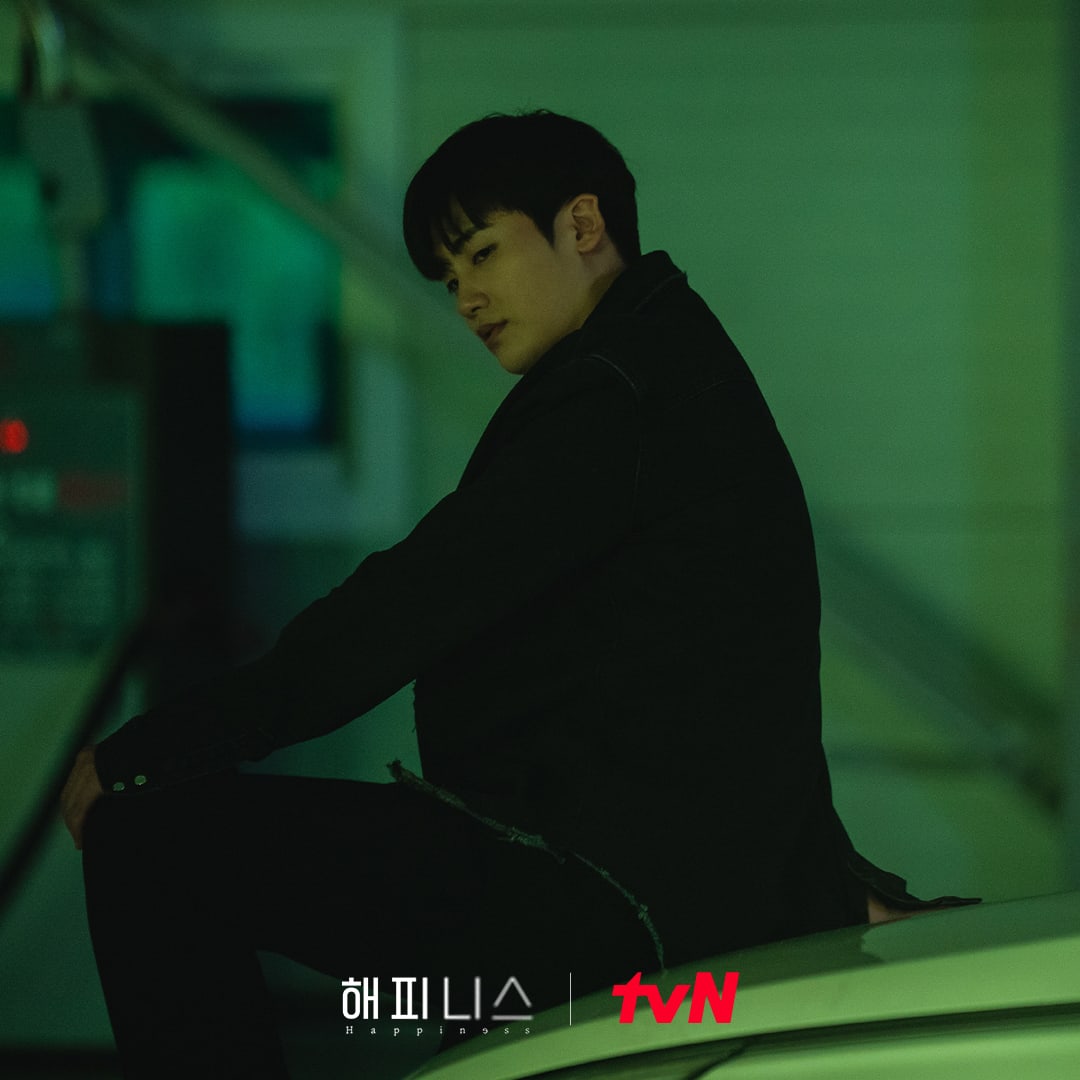 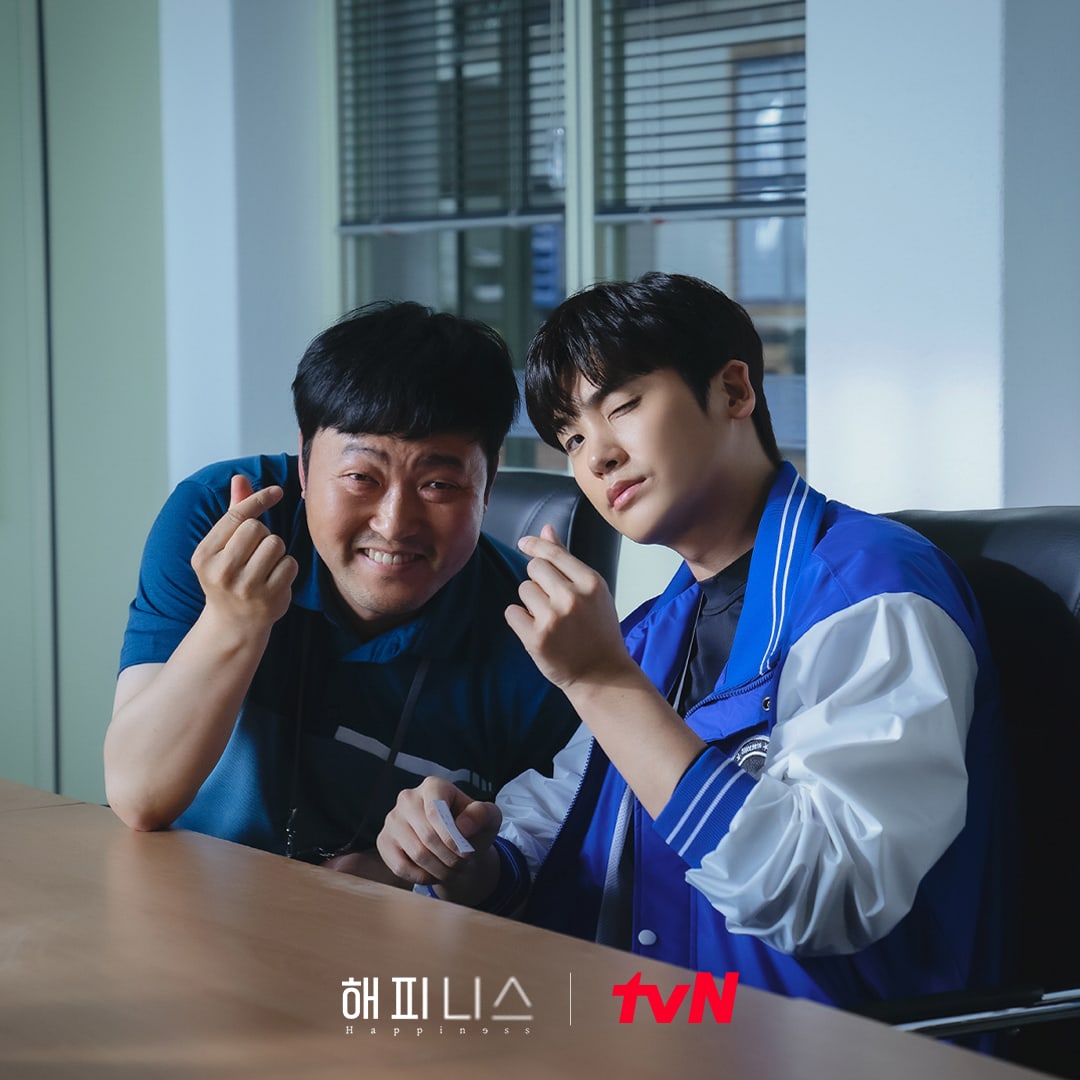 Just like Park Hyung Sik, Han Hyo Joo also radiates strength and poise as she prepares for filming. Additionally, even off-camera, she looks right at home working together with Lee Kyu Hyung, who plays her character’s longtime partner Lee Seung Young. As the two actors pore over a script together with the director, it’s easy to see how comfortable they feel around one another. 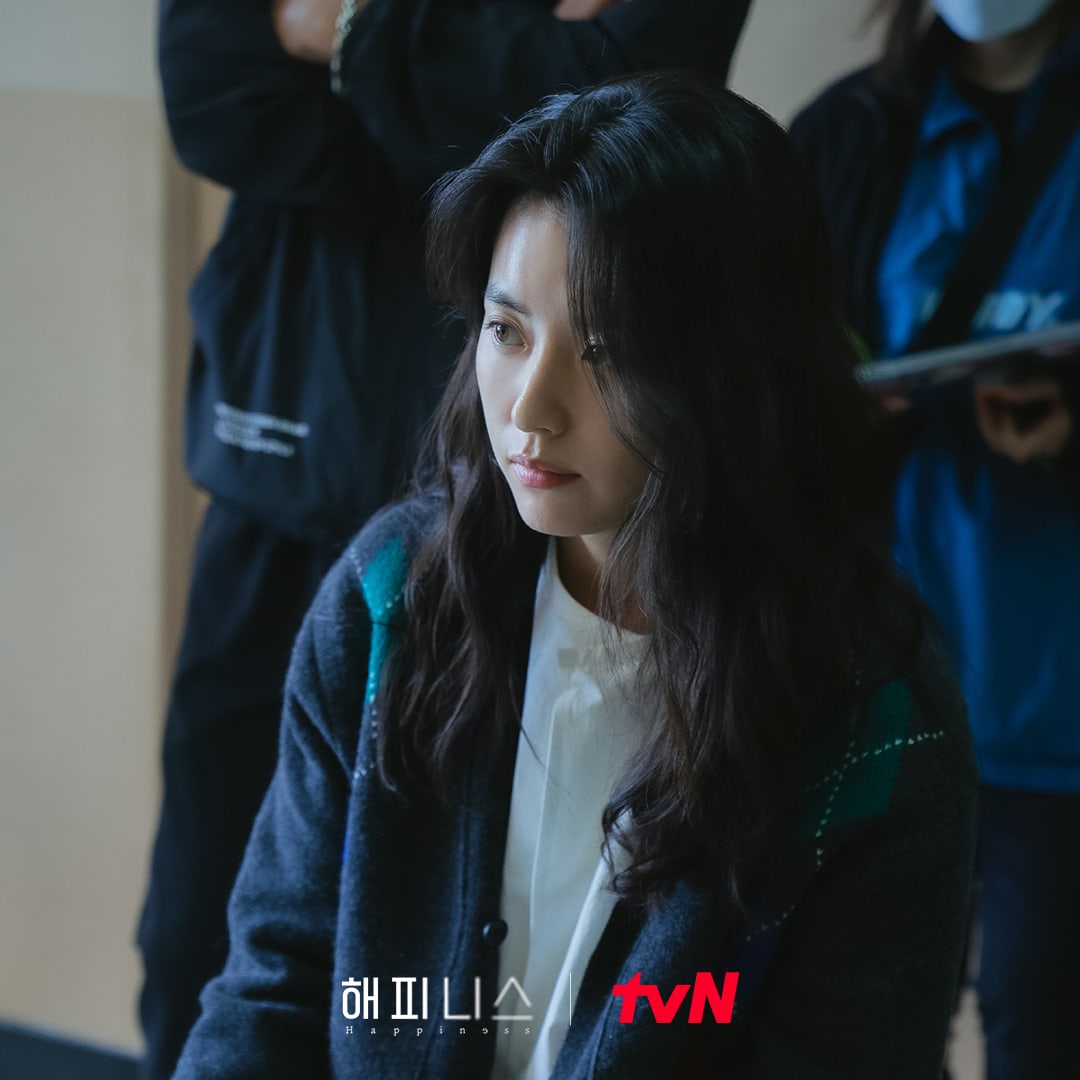 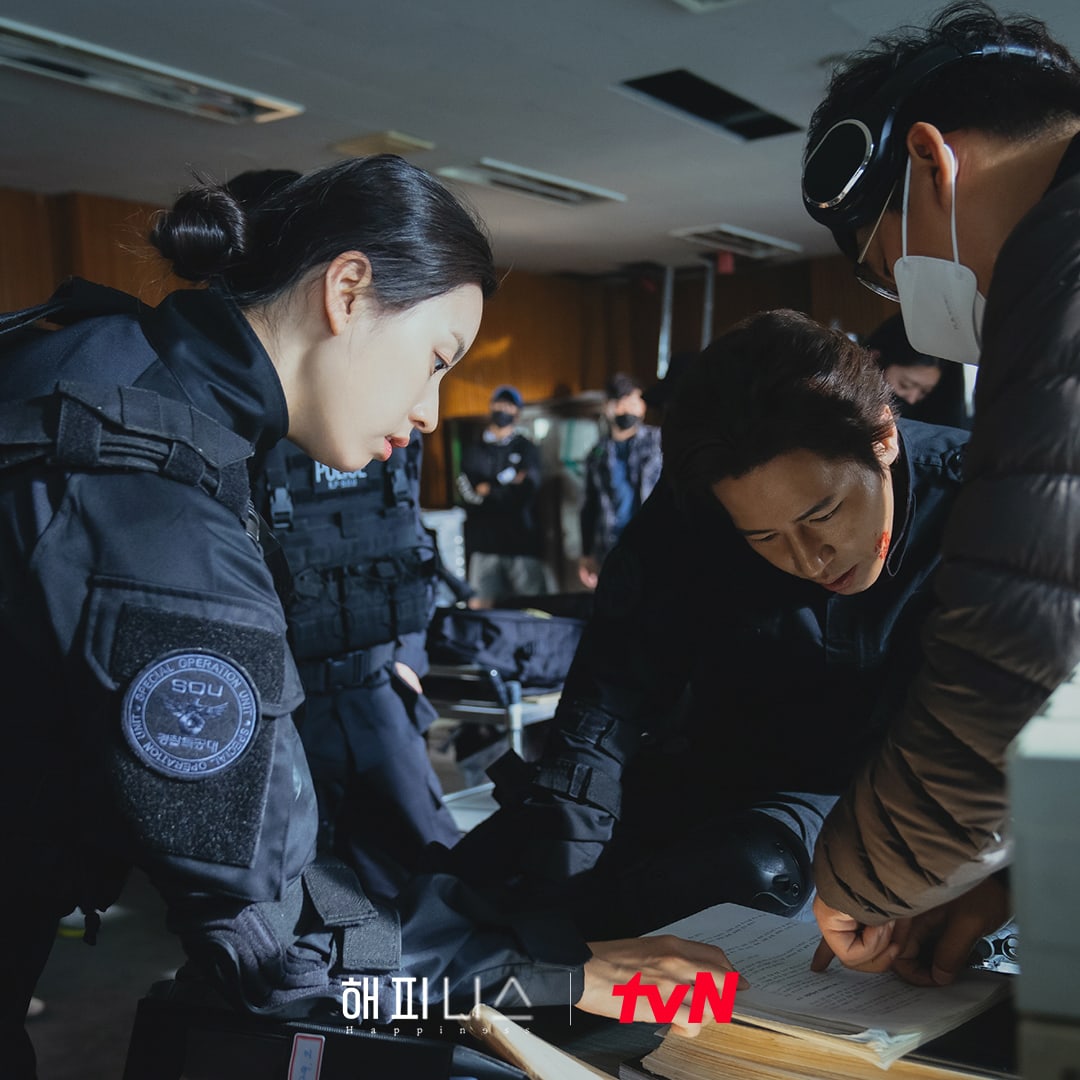 Finally, Jo Woo Jin, who plays Han Tae Suk of the Armed Forces Medical Command, is captured hard at work on set—even during rehearsals, the passionate actor gives it his all.

The producers of “Happiness” commented, “The acting chemistry between Han Hyo Joo, Park Hyung Sik, and Jo Woo Jin is overwhelming. Viewers will definitely enjoy watching the actors’ performances, which not only bring out the characters’ individual charms, but also heighten the reality of the story and make it more convincing.” 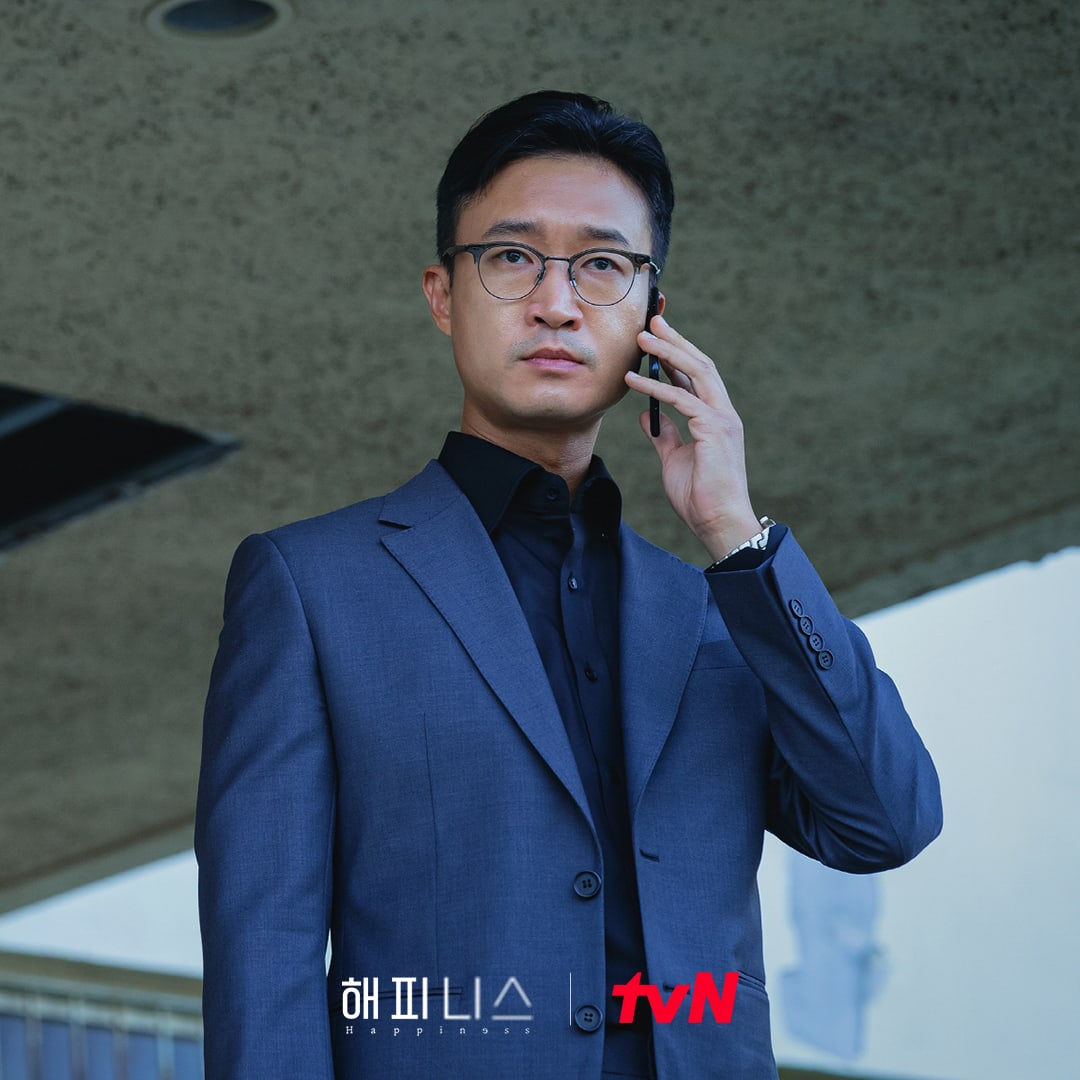 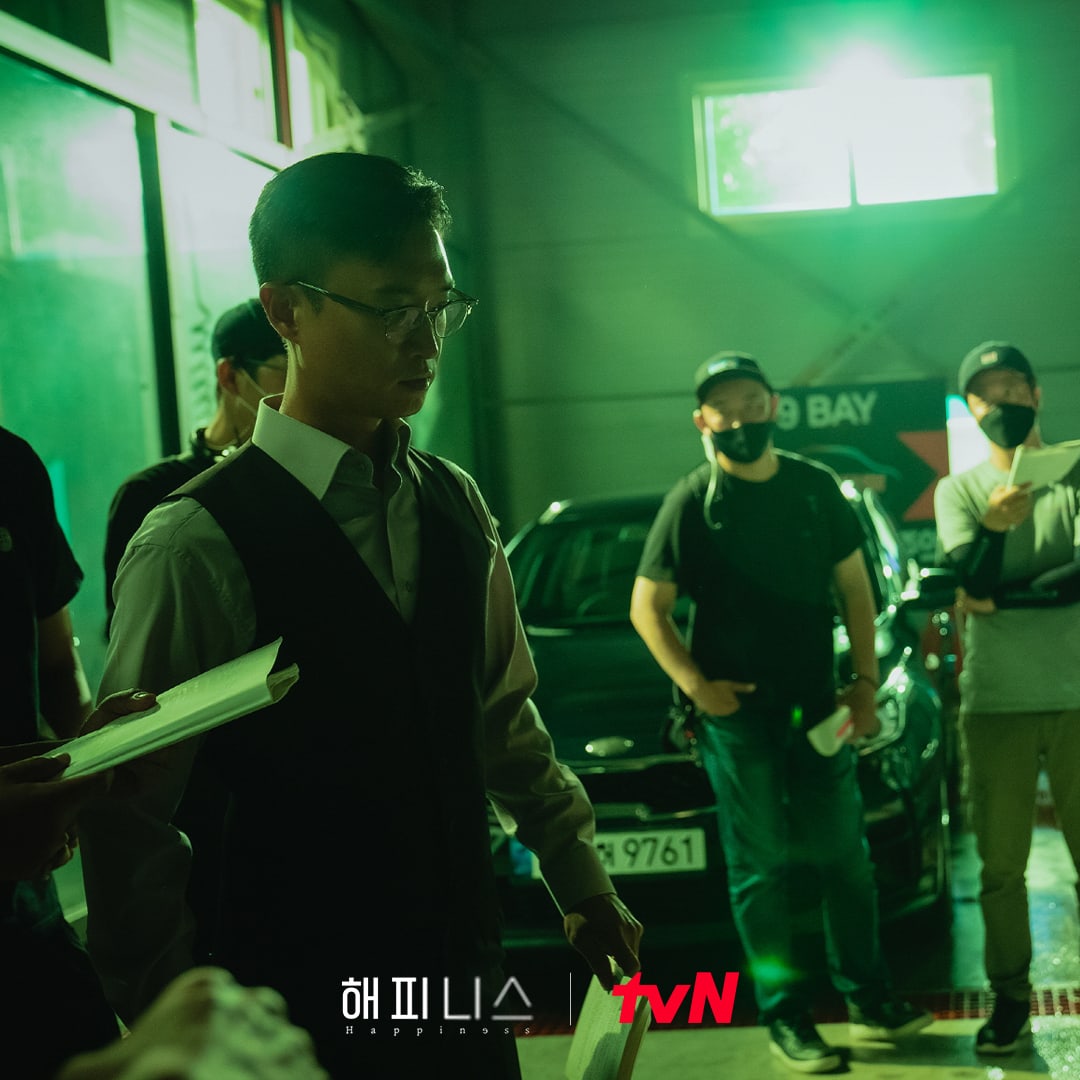 The producers went on to tease, “The mysterious infectious disease of unknown origin has begun to encroach more deeply on [the characters’] everyday lives. The ongoing horror, chaos, and fight for survival will begin in earnest from now on. Please stay tuned to find out how people’s everyday lives will change as they are swept up in danger.”

Check out the first two episodes of the drama with subtitles below!