KBS is gearing up for the premiere of their second historical miniseries in a row!

KBS’s new historical drama, “Thinking of the Moon When the Flower Blooms” (literal translation), will premiere after the end of “The King’s Affection” in the same time slot.

Set in the period of the strongest prohibition laws in Joseon history, it stars Yoo Seung Ho, Hyeri, Byun Woo Seok, Kang Mina, and more in a story about the risky romance between a principled inspector who cracks down on those making alcohol illegally and a woman who illegally sells alcohol in order to turn her life around.

On November 10, the drama shared the first stills of Yoo Seung Ho in character as Nam Young, an elite inspector in the Joseon Dynasty. Nam Young was born in the distant provinces, but came up to Hanyang (modern-day Seoul) in order to revive his family’s fortunes. Although he is a studious man, as befitting of a government official, he is also skilled at the arts of war like archery. When he’s in uniform, he shows a strong and stern gaze that indicates his determination to uphold the law at all times. 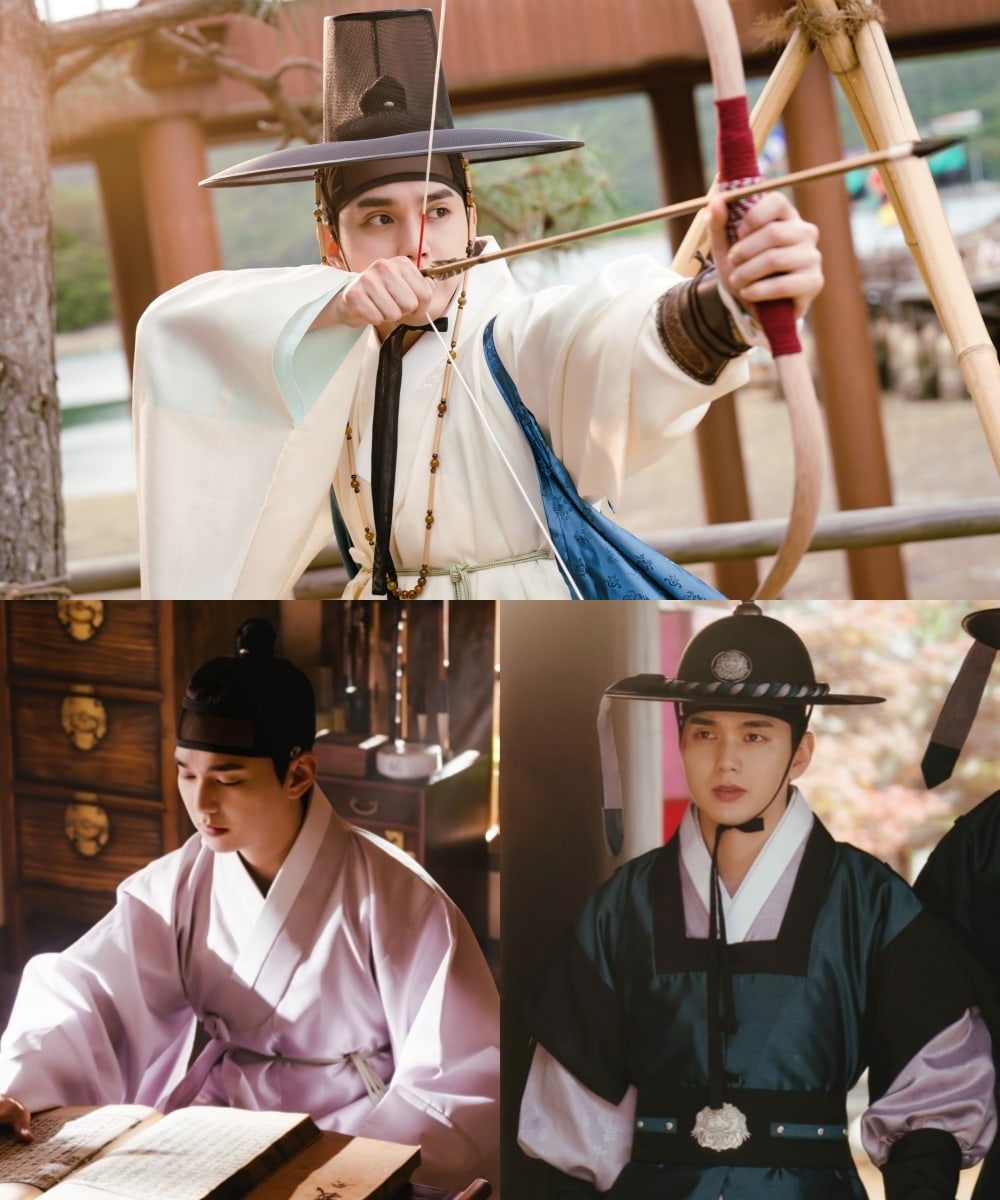 Yoo Seung Ho is known to be an actor that is particularly skilled in historical dramas due to his stable acting and deep, rich voice. He has a lot of experience in historical dramas, but this will be his first one in four years. The production staff stated, “In this drama, you will be able to see the return of sageuk Seung Ho. Please look forward to seeing how he transforms into Nam Young, Joseon’s greatest inspector and a scholar whose gaze cuts like a knife.”

“Thinking of the Moon When the Flower Blooms” premieres on December 20.