Original “Running Man” members Kim Jong Kook, HaHa, and Ji Suk Jin will appear with a variety of guests and provide new entertainment with unique subjects and upgraded missions that have not been shown before.

The new poster features the three cast members in pristine suits. The text in the background reads, “Run for laughter outside the fence,” raising anticipation for refreshing humor. 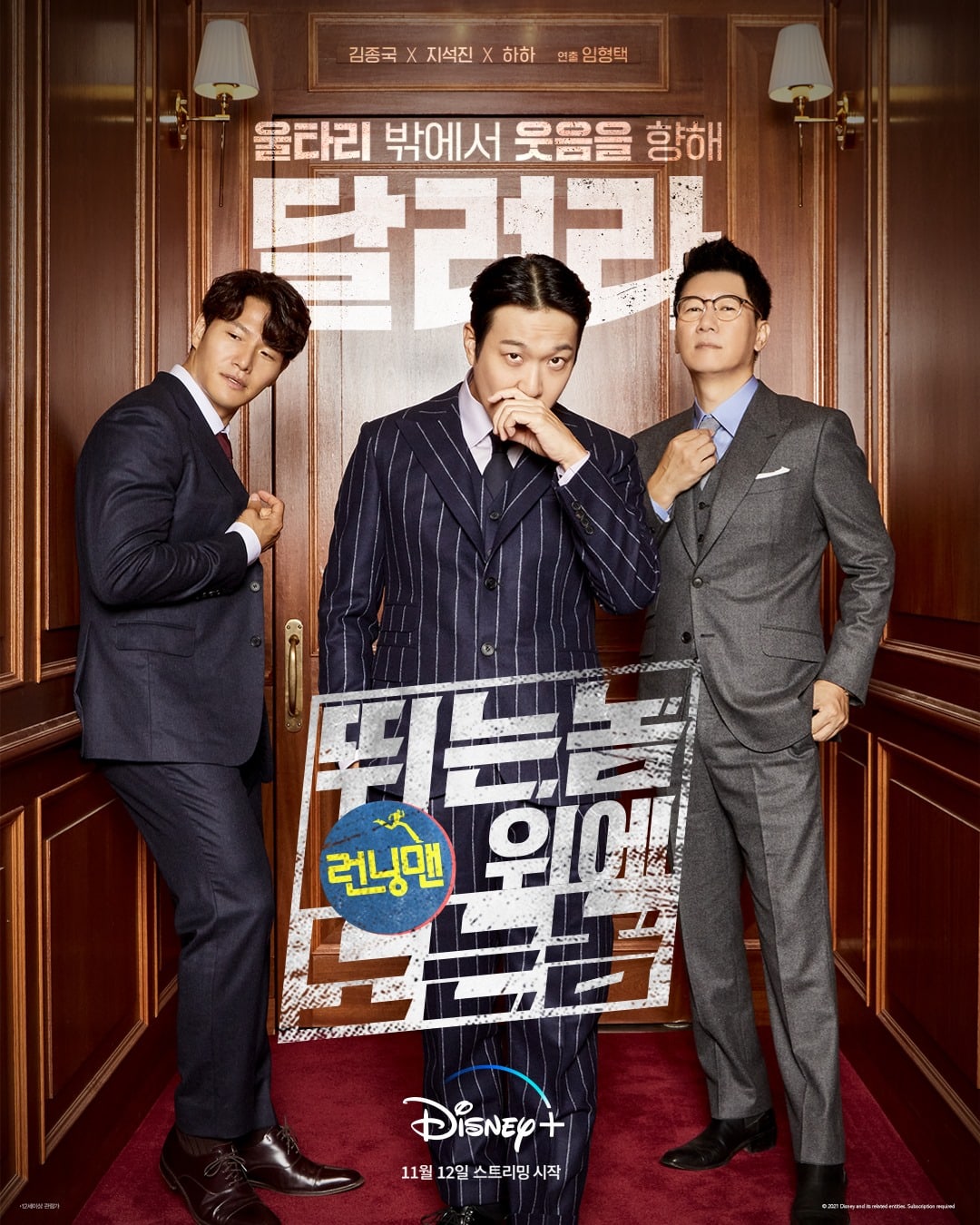 Kim Jong Kook shared, “Through the ‘Running Man’ spin-off, we will present various content and stories. Not only do he run, but we also plays things where we need to use our brains like mystery games.”

HaHa commented that on this new variety show, he experienced many new things that he hadn’t on the original “Running Man” for the past 11 years. He added, “Through ‘Outrun by Running Man,’ we’ll show you many things that you haven’t seen before.”

Ji Suk Jin remarked, “I’m already excited to meet viewers all over the world through Disney+. Please show [the program] a lot of interest and look forward to it.”

“Outrun by Running Man” also unveiled a gripping teaser that shares a glimpse of some of the guests including Song Ji Hyo, Yang Se Chan, and Kim Jong Min. The clip hints that the variety show will show sweet romance between Kim Jong Kook and Song Ji Hyo, blockbuster action, and thrilling games that are combined with the signature games of “Running Man.”

The first two episodes will air on November 12. After that, the program will air one episode every Wednesday.