There’s only one episode left of KBS 2TV’s “Dali and Cocky Prince”!

Previously on “Dali and Cocky Prince,” Jin Mu Hak attempted to protect his half-brother Jin Ki Cheol (Lee Je Yeon) and ended up being stabbed with a knife. Despite the fact that he was bleeding profusely, he was worried about Kim Dal Li who was waiting for him.

The newly released stills preview Jin Mu Hak between life and death. His father Jin Baek Won (Ahn Kil Kang) and stepmother So Geum Ja (Seo Jeong Yeon) rush to the scene as soon as they hear he’s in critical condition. Until now, Jin Baek Won was ignorant of Jin Mu Hak’s heartache, and So Geum Ja was only concerned with her son Jin Ki Cheol. However, at this moment, they are truly concerned about Jin Mu Hak’s safety, and his family members stay by his side as he goes into surgery.

Kim Dal Li waits next to the emergency room with an anxious look on her face. She is terribly shocked and saddened by the news of her injured lover, and her pale face and clasped hands hint how desperate she’s feeling. Will Jin Mu Hak and Kim Dal Li get their happily ever after? 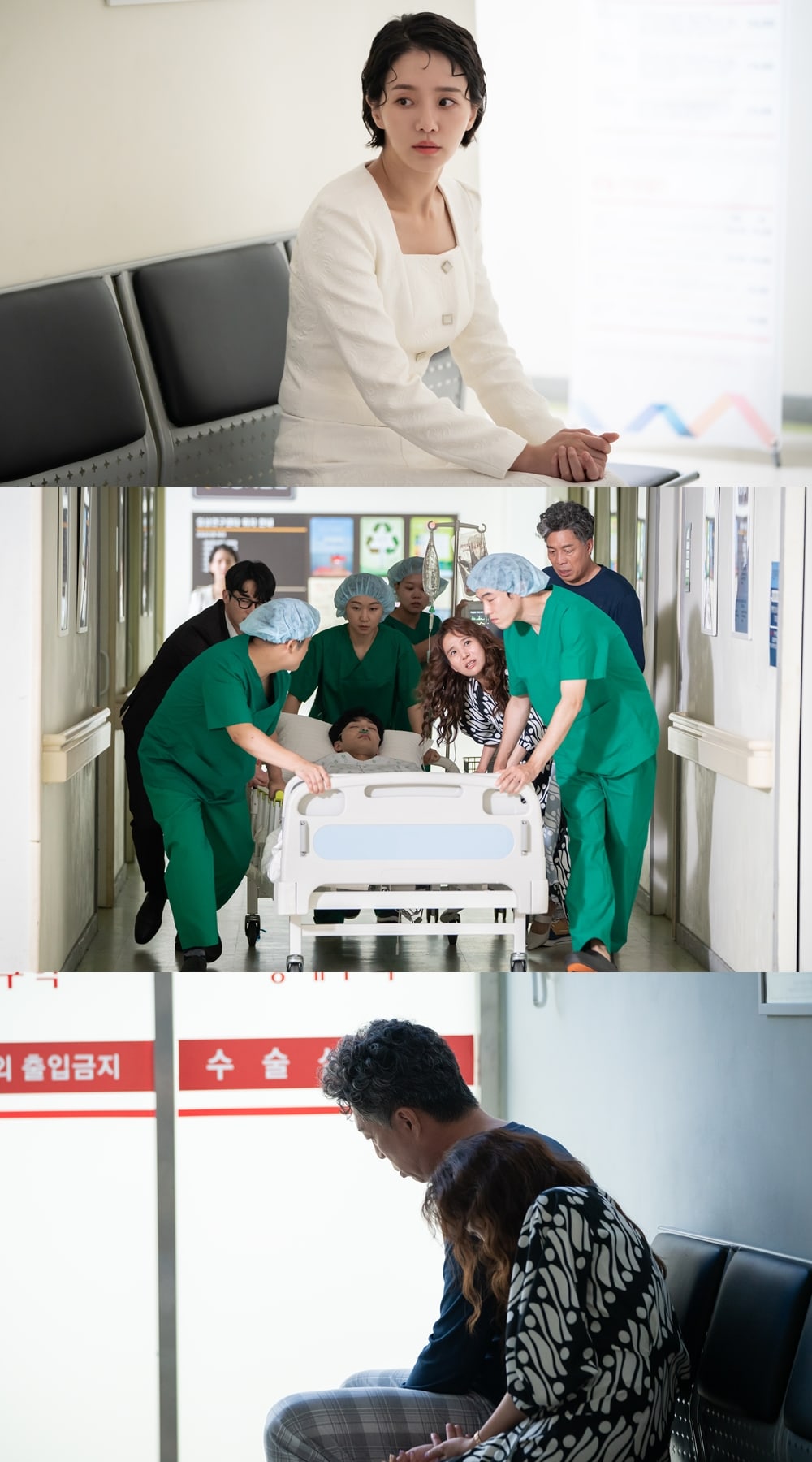 The drama’s production crew commented, “The [next episode] will show Kim Dal Li and Jin Mu Hak’s family running over after hearing the news of Jin Mu Hak’s injury. Please tune in to the final episode to find out if Jin Mu Hak will be able to recover as Kim Dal Li wishes.”