VIXX’s Leo has spoken up about the photo of himself and EXO’s Xiumin in close physical contact.

On November 6, Leo shared a photo of himself and Xiumin with their noses touching and Xiumin’s hand around the back of Leo’s neck. Leo captioned the post, “This kid!!!! I love you.” The two are well-known buddies, but fans questioned if they were more than just friends. Leo later changed the caption to just “This kid!!!!”

During a V LIVE broadcast on November 10, Leo spoke up to clarify any misunderstandings about the photo. 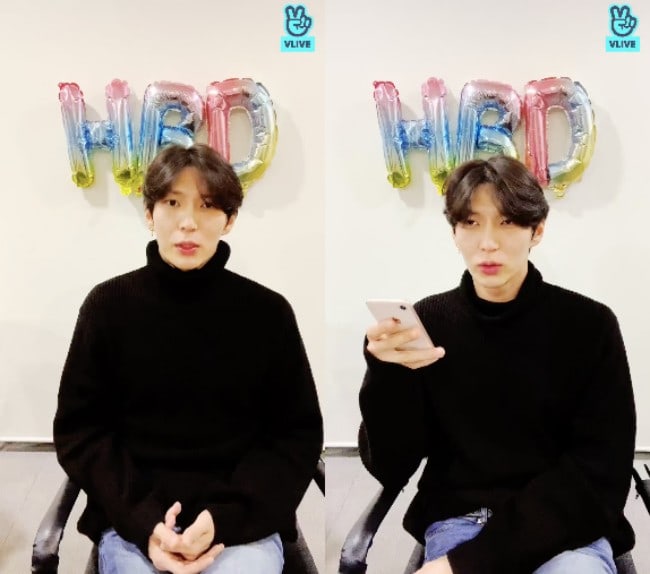 Leo said, “Min Seok (Xiumin) is one of my three closest friends.” He also explained what was happening in the photo he posted. “In that photo, we were both in a really good mood. [Xiumin] had a performance. Also, he knows the password to my house. But I couldn’t perform that day. So us three men, we had some wine. We enjoy physical contact. It’s not the strange kind. But the photo was so cute.” He expressed with his gestures that they like to hug and pat each other on their backs.

As for why he changed the caption on the post, he shared, “I deleted the ‘I love you’ because it was cringey,” and laughed at the sudden speculations it sparked. He emphasized once more, “We’re real friends.”

EXO
VIXX
Xiumin
Leo
How does this article make you feel?