“Artificial City” is a new drama starring Soo Ae and Kim Kang Woo that is set in an art museum that belongs to Sung Jin Group, a major conglomerate that holds the reins of the political and financial worlds in South Korea. It is described as a psychological mystery thriller about the greed and ambitions of women who strive to rise to the highest position in Korea.

Soo Ae stars as Yoon Jae Hee, the head of the art museum and the second daughter-in-law of the family that controls Sung Jin Group. She is a woman who has a deep love for and obsession with her lifestyle. In her individual posters, she dons an elegant black gown and holds a diamond key tightly in her grip as the caption reads, “A place that everyone desires, but is dangerous for everyone.” 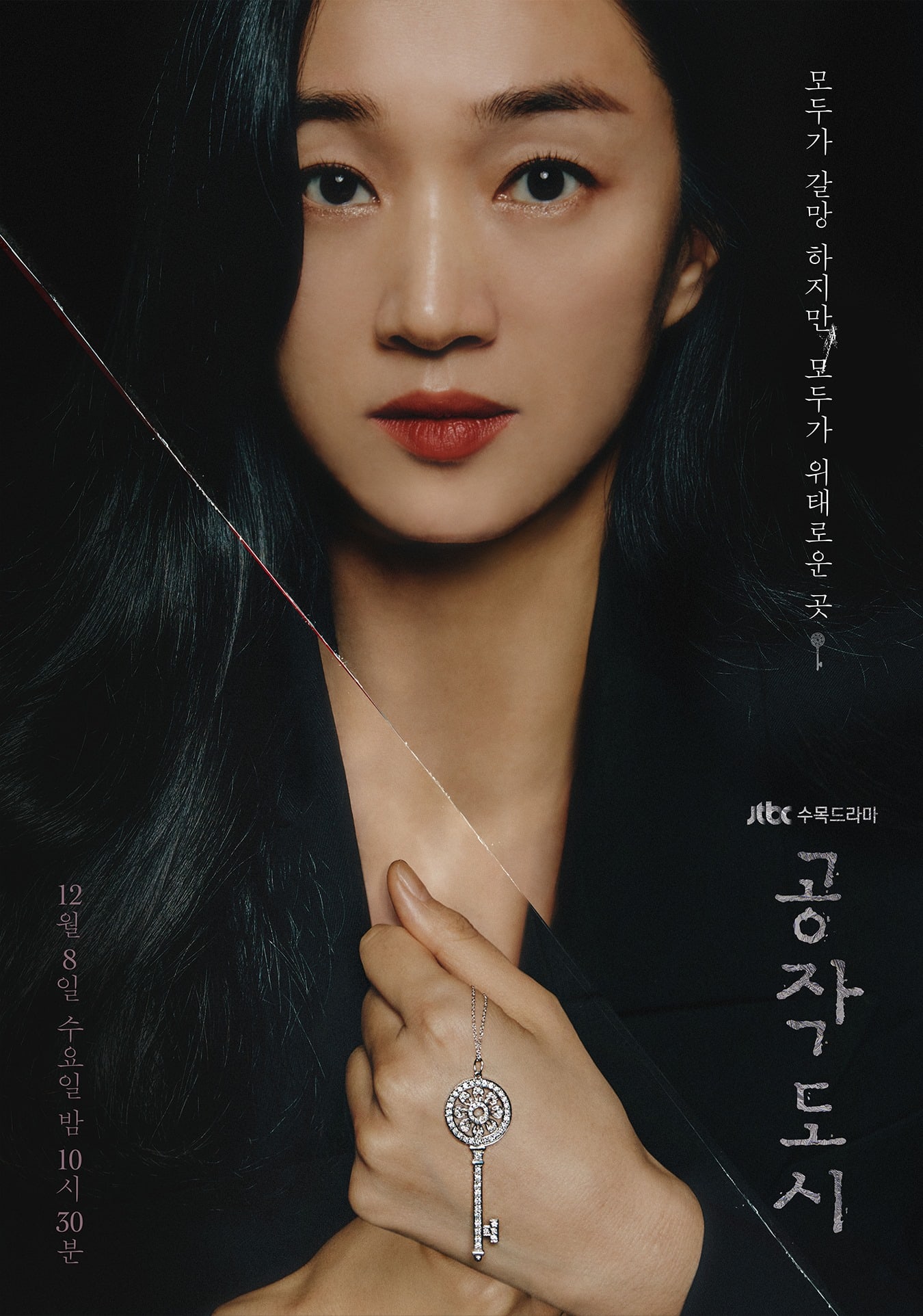 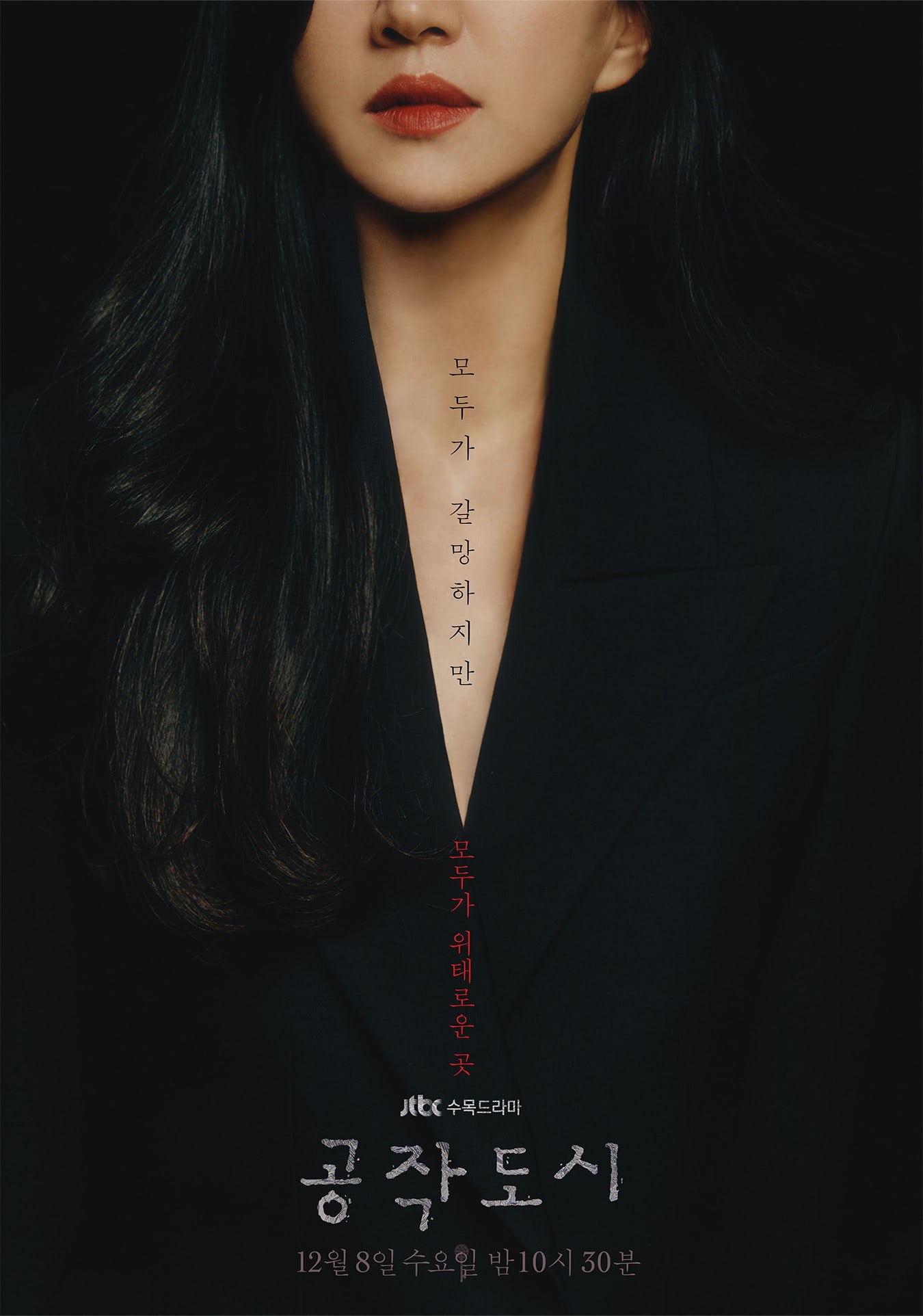 The first teaser previews the blood, murder, assault, and betrayals that take place in the cutthroat world of Sung Jin Group. Although they appear to be a perfect family on the surface, wine soon turns into blood amid scenes of love affairs, attempted drowning, and physical abuse.

Yoon Jae Hee is particularly a target of violence, as her husband, Jung Joon Huk (Kim Kang Woo), hurls a glass against the wall in front of her. He is a respected national anchor but harbors an inferiority complex over being the illegitimate son in his family. Yoon Jae HEe is also forced to kneel and threatened at gunpoint, and in one chilling scene, an unnamed woman is dragged by her hair on her knees inside a building on fire.

Watch Soo Ae in the drama “Sweet Stranger and Me” below!