Kim Min Jae Reveals Why He Took His Role In “Dali And Cocky Prince,” Impression Of Park Gyu Young, And More

Following the finale of his drama “Dali and Cocky Prince,” Kim Min Jae sat down for an interview to discuss his thoughts on his role, what it was like working with Park Gyu Young, and more!

KBS’s “Dali and Cocky Prince” is a rom-com drama starring Kim Min Jae as Jin Mu Hak, a man who lacks traditional schooling book smarts but is extremely resourceful at making a living, and Kim Dal Li, a woman who is intellectually polished and comes from an elite background but doesn’t know how to take care of herself.

Kim Min Jae commented, “I felt a lot of pressure since it was my first time taking on the comedy genre. The point of comedy is to make people laugh, but I’m not a funny person and don’t have the ability for it. Because of that, I tried to focus on my role as Jin Mu Hak as much as I possibly could. As a result, I think there were some scenes that could make viewers smile.”

As for his most memorable line, Kim Min Jae pinpointed the phrase, “You’re taking a dump.” He elaborated, “It’s a phrase I rarely use in real life, but I thought that it was suitable for someone like Jin Mu Hak. When I first read it during the script reading I remember going overboard and exaggerating the tone. There were also a lot of ad-libs like dance moves and strange movements. I had fun filming it and I’m glad the viewers enjoyed it as well.”

Although he once said he had nothing in common with his role, Kim Min Jae remarked that after spending eight months in the role, he’s discovered some similar aspects between the role and himself. He also mentioned that the reason he wanted to take on the role was because it was a character he really wanted to portray. “We aren’t similar to each other, so if you ask me how I went about portraying him, I would say that I took the very minuscule feelings inside of me and amplified them,” he shared. 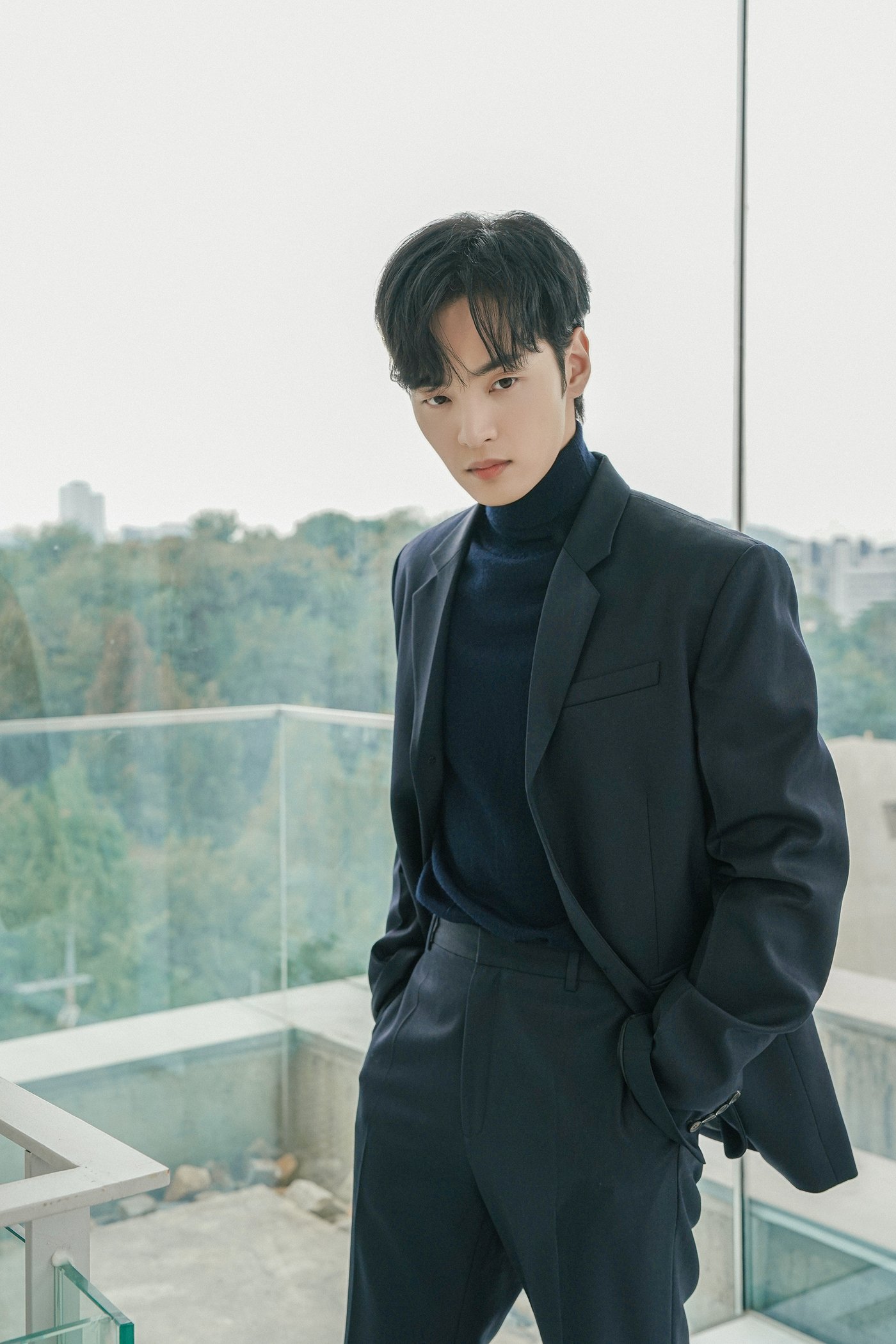 Thus far, Kim Min Jae has earned favorable reviews for the versatility and great depth of his roles in dramas such as “Dr. Romantic” and “Do You Like Brahms?” When asked why he tries to take on a change in every role, the actor responded that he is the type to choose the role he wants to do based on that moment and timing. He added, “It’s not because I want to hit it big or reach a certain status. I’m someone who wants to do what I think is enjoyable in that moment, and it’s turned out nicely. I don’t regret any of my choices.”

Kim Min Jae’s affectionate scenes with Park Gyu Young in the drama also became a hot topic. He said, “I had fun filming with her. Whenever I film, I tend to be cautious and considerate. Park Gyu Young is the same way. We worked hard to get the angles just right.”

He continued, “Park Gyu Young called me a strong and dependable actor, but I had no idea she would describe me like that. Although she said that about me, I think she’s the strong and dependable one. In the second half of the drama, Dal Li had a lot of emotional scenes. I thought that I wouldn’t be able to do it if it were me, but watching her do so many of those scenes in a single day, I thought she was amazing.” 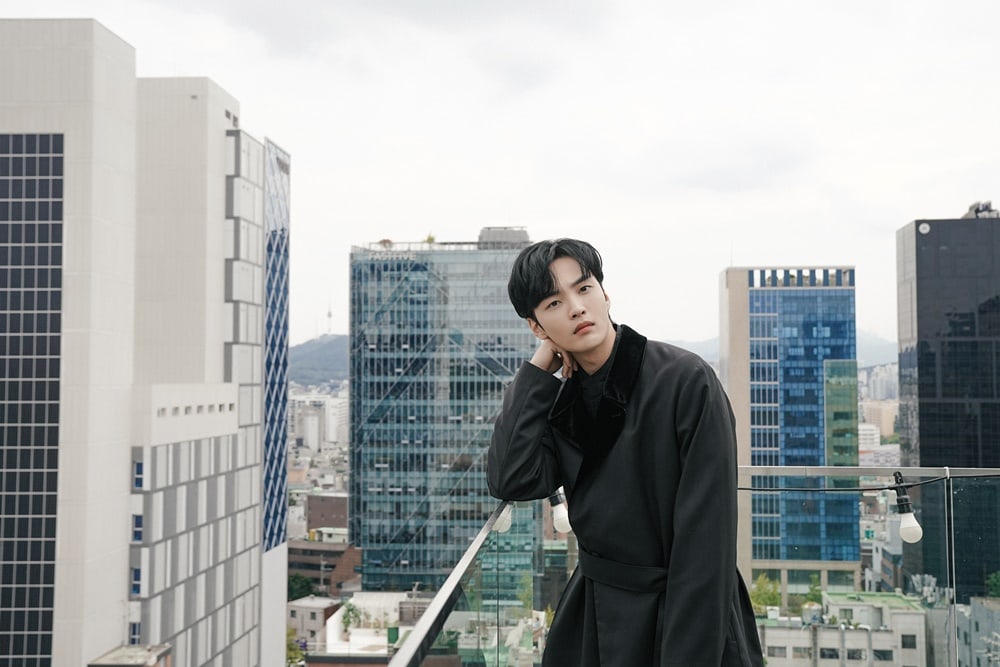 Kim Min Jae also revealed that he’s the type to search for viewers’ reactions to see their thoughts about his scenes. “I think ‘Dali and Cocky Prince’ is the drama that’s given me the most nicknames,” he commented. “Among the most memorable ones are ‘jellyfish’ and ‘Jin darling.’ I also liked the reaction I saw that said, ‘He’s the male lead in a Korean drama, but he makes me feel embarrassed for him. But he also makes my heart flutter.’ They saw exactly what I had expressed through my role.”

Wrapping up the interview with his year-end plans, Kim Min Jae said, “I’ll be preparing for my next project and trying to stay in shape. After watching the final episode, I actually couldn’t sleep. I felt so sad at the thought that it had come to an end. I still can’t take a good look at other scripts yet. I keep reading them as Jin Mu Hak. I’ll give him a proper goodbye.”

Check out “Dali and Cocky Prince” with subtitles below: