Watch: Im Soo Jung And Lee Do Hyun Display Perfect Teamwork Behind The Scenes Of “Melancholia”

The video follows Im Soo Jung and Lee Do Hyun as they work through the timing and angles of their scenes together. It begins with Im Joo Jung astutely pointing out that the director’s shirt looks like a mathematical pattern, proving how in sync she is with her role as a math teacher. After meeting up with Lee Do Hyun, they begin to talk about how the director controls the weather, with Im Soo Jung sharing her experience going up to Seoul after filming and the weather suddenly turning cloudy and windy.

When Im Soo Jung and Lee Do Hyun begin to discuss the details of their scene, a moment of surprise follows when a branch from the overhanging tree suddenly falls on Lee Do Hyun’s shoulder. During filming, the director asks Lee Do Hyun to broaden his shoulders, which leads the actor to to ask bewilderedly if his shoulders look narrow. Rushing to salvage his pride, the director assures him that it’s just his outfit, which leads Lee Do Hyun to jokingly puff out his chest as he grins and says, “If I straighten up it ends up looking like this.” 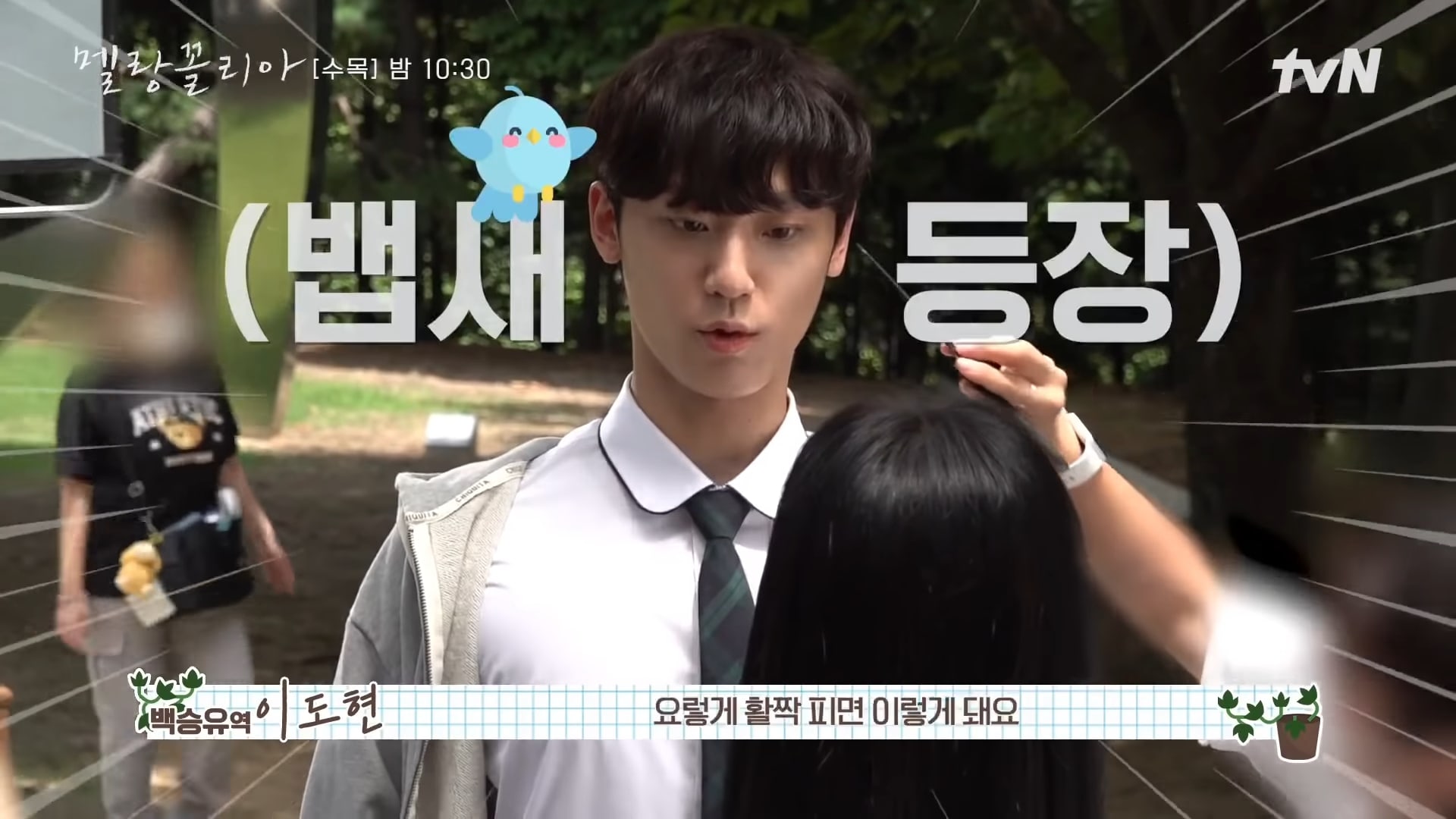 Another clip shows the two co-stars monitoring a scene where Lee Do Hyun’s character rushes to stop Im Soo Jung’s character from closing a door. The director and Lee Do Hyun work together to make small adjustments to how he puts his hand on the door, with the actor showing great professionalism as he readjusts multiple times to find the best placement.

Lee Do Hyun also gets a quick workout in as he has to run up to the door multiple times. During one take he runs from too far away, so he makes another attempt but ends up running too quickly. The way he immediately turns around to go back makes Im Soo Jung and the surrounding staff burst into laughter. Finally, he arrives at just the right moment and flashes a breathless smile at Im Soo Jung, creating the perfect scene.

“Melancholia” airs every Wednesday and Thursday at 10:30 p.m. KST.