Hani, Solbin, Han So Eun, And Green Continue To Fight During Rained-Out Event In “IDOL: The Coup”

Can the Cotton Candy members resolve their dispute?

JTBC’s “IDOL: The Coup” is a drama about idols who have failed to reach stardom and are struggling to let go of their unachieved dreams. The story centers on the fictional girl group Cotton Candy, which consists of leader Jenna (EXID’s Hani), Hyunji (LABOUM’s Solbin), Stella (Han So Eun), Elle (WJSN’s Exy), and ChaeA (Redsquare’s Green).

On November 15, the drama shared new stills of Cotton Candy from its upcoming episode. In episode 2, Elle found out that their agency CEO, Ma Jin Woo (Jung Woong In), had made Jenna the offer to keep her and disband the rest of Cotton Candy. This caused a new line of friction in the group, which was already struggling due to their lack of success.

In the new stills, Cotton Candy is performing at their first official event in the six years since their debut. Unfortunately, the event is rained out by heavy showers and the members have to wait outside in the cold in their performance costumes. But instead of bringing them closer together, the members stand apart from each other and show tense expressions. Hyunji eventually bursts out in anger after looking at her drenched phone, while Jenna keeps to herself. Moreover, Elle is nowhere to be seen. 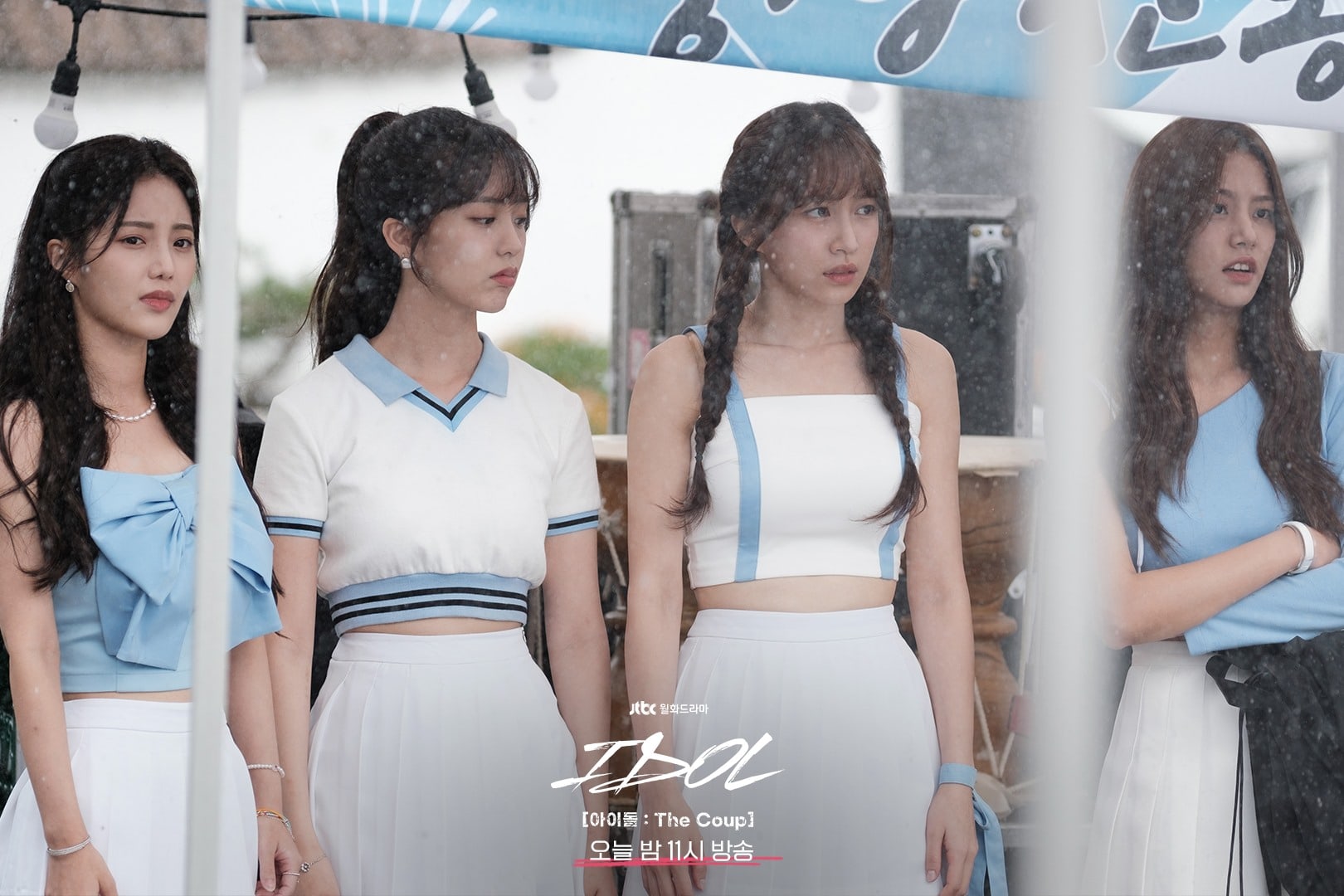 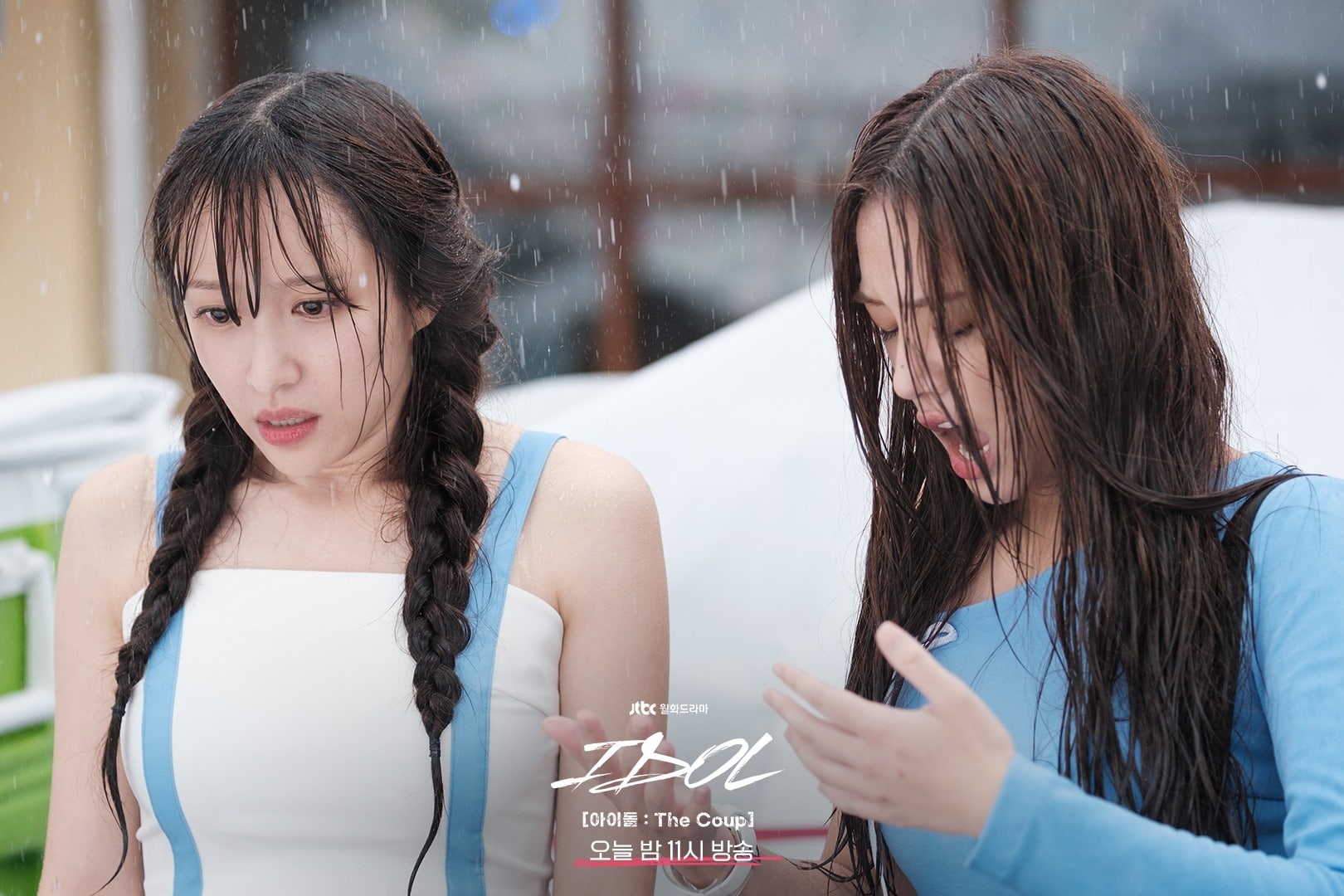 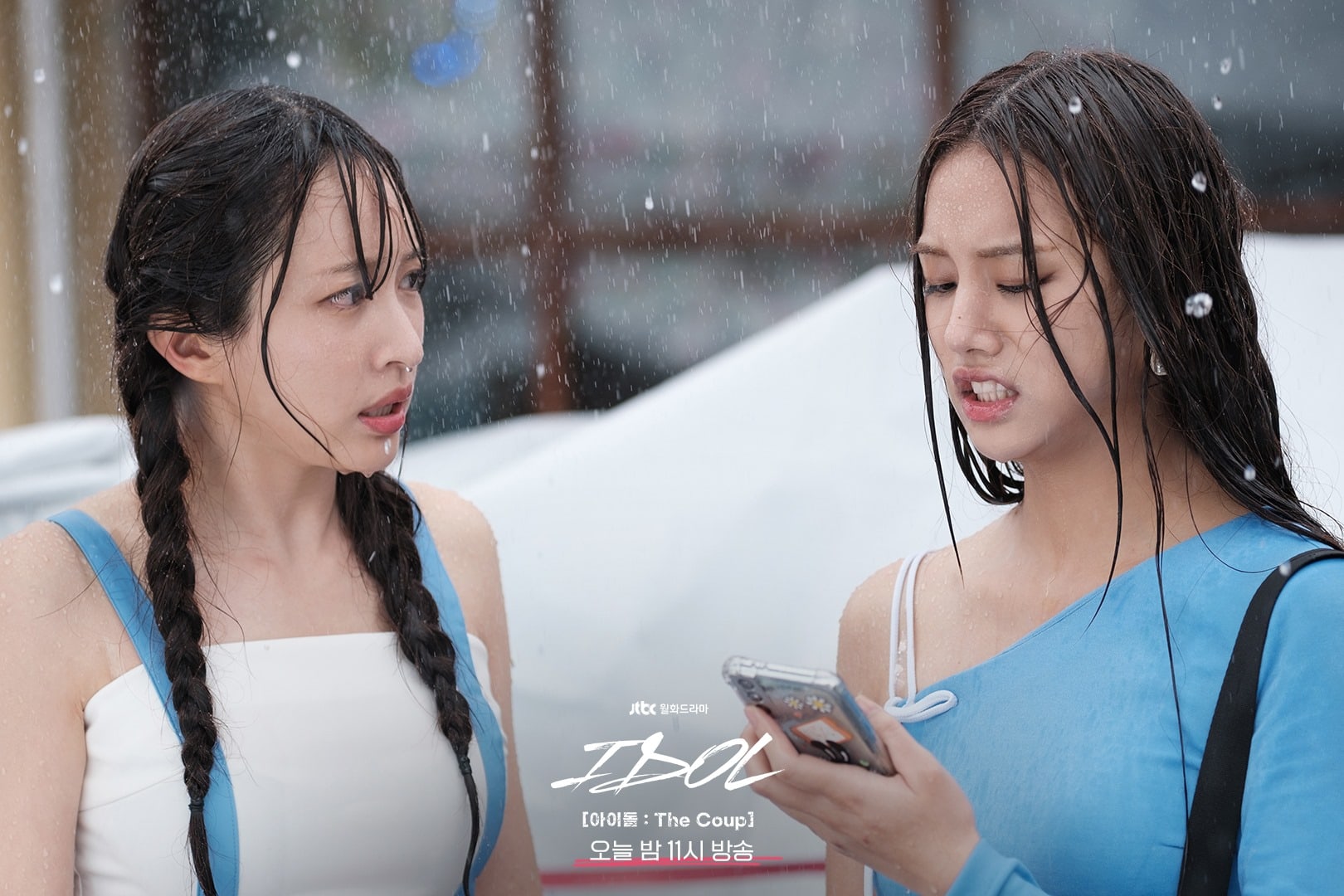 exy
Hani
Solbin
Han So Eun
Green
IDOL: The Coup
How does this article make you feel?