Lee Chae Yeon Shares Why She Went On “Street Woman Fighter,” Picks Memorable Moment Of Her Career, And More

In the interview, she shared the most memorable moment of her career with IZ*ONE. “I remember the first concert the most,” she said. “We were able to do an offline concert and we could hear the fans’ voices and experience it in person. You can never experience that first time again, so we were overflowing with passion. I was so grateful for that time, and I believe that there will come a chance when I can meet fans in person at concerts or music shows again.”

About being on “Street Woman Fighter,” she said, “I got a fan comment that said, ‘I’ll cheer on whatever challenge you take,’ and that was the most memorable for me. ‘Challenge’ means ‘process.’ You could have good results, but you could also fail. From the fans’ perspective, it’s hard to watch the moment when you fail. I was worried about whether me taking on this new challenge would make them suffer, but this comment gave me the feeling that I could also learn a lot from this challenge.” 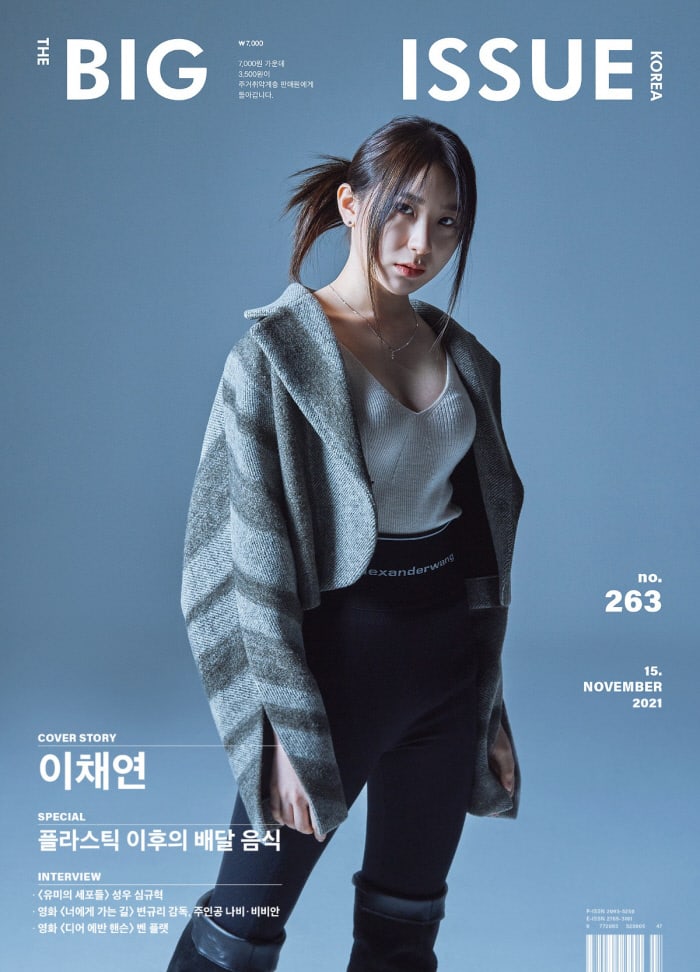 The full pictorial and interview will be available in issue 263 of Big Issue on November 15.

Lee Chae Yeon
Big Issue
IZ*ONE
How does this article make you feel?