“Happiness” is back! Matters heat up in Building 101 of the Seyang Forest Le Ciel Apartments as infectees from the other buildings take control of the outdoors, cutting off our residents’ access to the boxed meals coming from Han Tae Seok’s (Jo Woo Jin) team outside. As Yoon Sae Bom (Han Hyo Joo) and Jung Yi Hyun (Park Hyung Sik) wade through the turbulent politics of managing so many big personalities in a cramped space, “Happiness” uses each personality type to comment on human selfishness and the lawlessness that results when societal rules are no longer useful.

Here are the seven types of personalities the show depicts as found in a pandemic:

Oh Yeon Ok (Bae Hae Sun) initially refuses to believe that there are infectees running around outside at all. Only Sae Bom, Yi Hyun, and Kim Seung Beom (Joo Jong Hyuk) witness the initial attacks in the parking lot, which leave a bloody handprint as proof of anyone having been there at all. Thus, the other residents are more inclined to go along with Yeon Ok’s lead, especially since she’s the temporary building representative.

However, after seeing for herself that other infectees are indeed out there and will stop at nothing for a quick feed, Yeon Ok does a complete 180 and is willing to kill six residents, including Sae Bom and Yi Hyun, if it means that she is safe. Her airs and graces go out of the window as she screeches like a hen that no one can enter without her saying so. Thankfully, Seo Yoon (Song Ji Woo) is able to foil her plans, but it’s a stunning display of the hypocrisy people show in times of crisis, willing to risk other’s lives where they stand to gain and willing to throw those same people away where they could potentially be placed at risk. 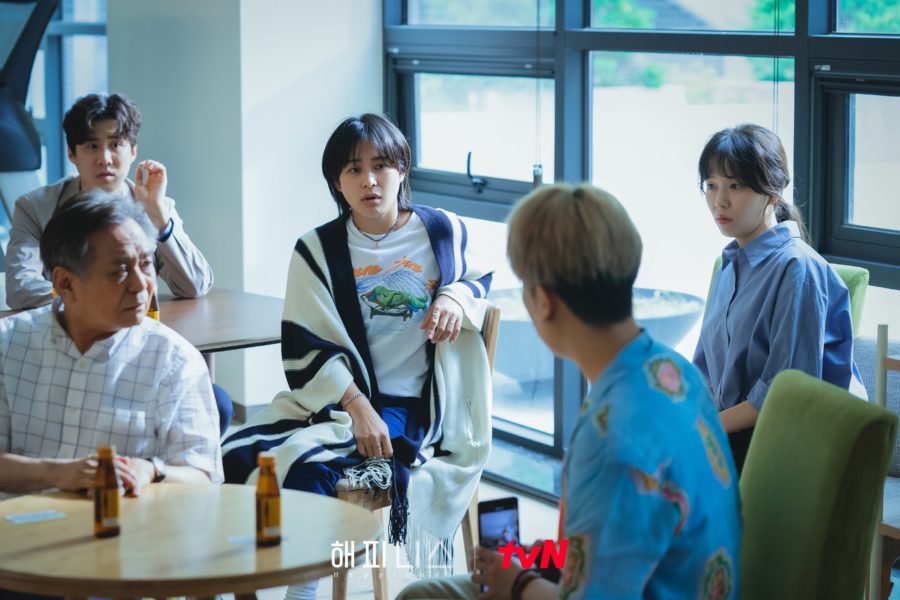 But not everyone is all that awful. Na Hyun Kung (Park Hee Bon) offers what food she has to the cleaning couple who temporarily reside in unit 201, as does Lawyer Kook’s (Park Hyung Soo) wife Shin So Yoon (Jung Woon Sun). Yi Hyun’s policeman mentor Kim Jung Look (Lee Joon Hyuk) ensures that the cleaning lady Nam Mi Jung has a place to stay for the night.

These same residents also vote to prevent Kim Seung Beom from being thrown off the building upon discovering that he’s infected. Despite the very large personalities of the more vile characters in “Happiness”, the quieter, compassionate residents end up being the silent majority, proving that not all is lost, even if a vampiric virus is sweeping the nation. 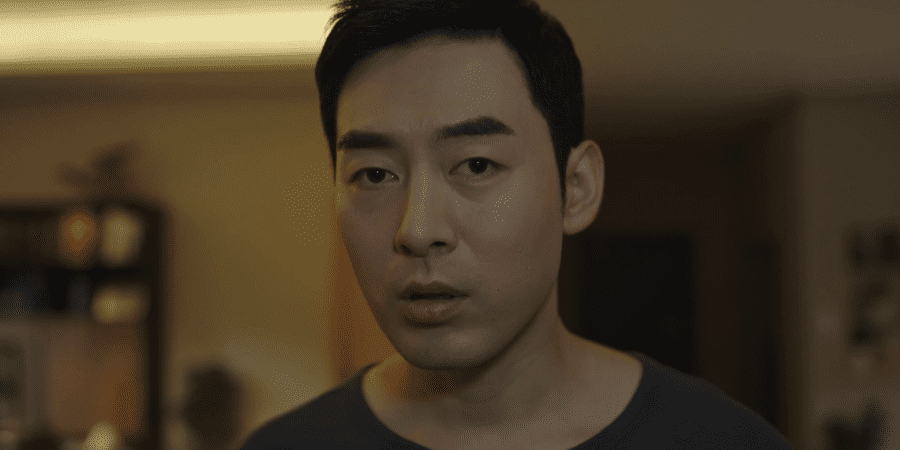 However, there are some people who manage to make everything about themselves. Lawyer Kook forgets that he has a wife five seconds after meeting Woo Sang Hee (Moon Ye Won) and pulls out every nasty trick in the playbook including peering up at her legs. She’s pretty used to the attention and more than happy to use it to her advantage, shamelessly flirting with him while rummaging through an unsuspecting Oh Joo Hyeong’s (Baek Hyun Jin) apartment for the mysterious object she’s lost.

Poor Shin So Yoon, unaware of her husband’s roving eye, even calls Sae Beom to help rescue this money-hungry wastrel from a deserved grave and is belittled for her trouble. When she dares have a different opinion from him, Lawyer Kook goes as far as to say that she’s nothing more than a secretary and that he should never have married her. Worst husband ever. 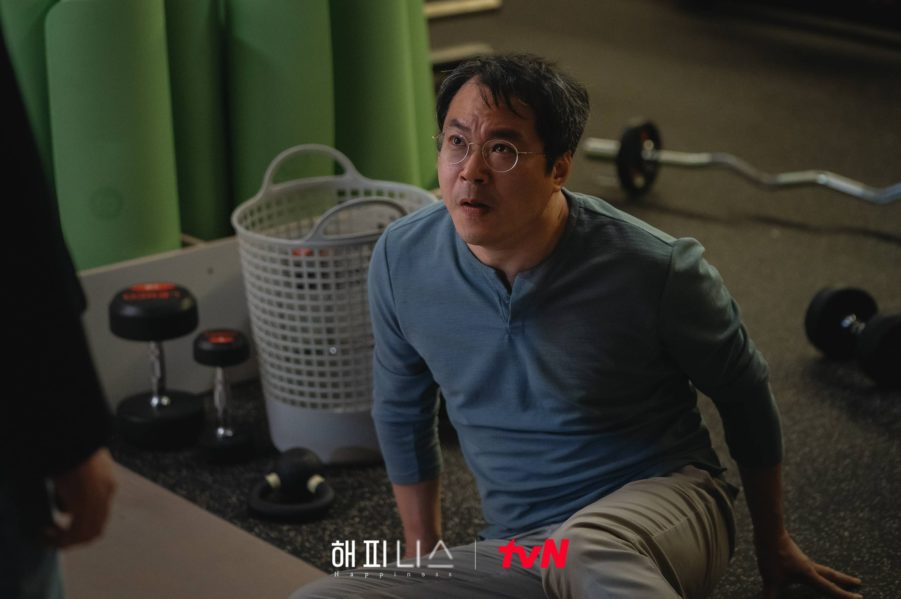 But no husband is as bad as Oh Joo Hyeong. Having managed to kill his wife, this human trash can is quite pleased at the lockdown because it gives him time to get rid of anyone who knows the truth: specifically, Yi Hyun and Sae Bom. He eggs Yeon Ok on when she prevents their re-entry into the building, playing recordings of his wife’s screeches post-transformation. Hearing the sounds sets off a chain reaction that has all the infectees converging upon our main couple and could have killed them if it weren’t for Seo Yoon.

Joo Hyeong takes such pleasure in belittling everyone. He goes after Seung Bom, forces out the location of the remaining pills from him, triggers the man’s transformation, then attempts to kill him for it. He’s the very worst character in the show (tied only with Chairman Choi Seok Ju) and has had so many close calls at this point that it’s infuriating that he isn’t dead. Here’s hoping this cockroach dies soon. (Baek Hyun Jin’s doing such a good job as a villain that I hope he isn’t typecast!)

Yet, amidst all this trash, are people like Andrew (Lee Joo Seung) and Kim Se Hun (Han Jun Woo), the t-shirt-requesting owner of unit 1501. Come what may, these people are unshakable. They stay calm during crises and are more than capable of taking care of themselves and others if need be. There appears to be more to Se Hun than meets the eye, with him having bought so much of the Next pill, but there’s no denying that he’s always been ready for the end since day one. 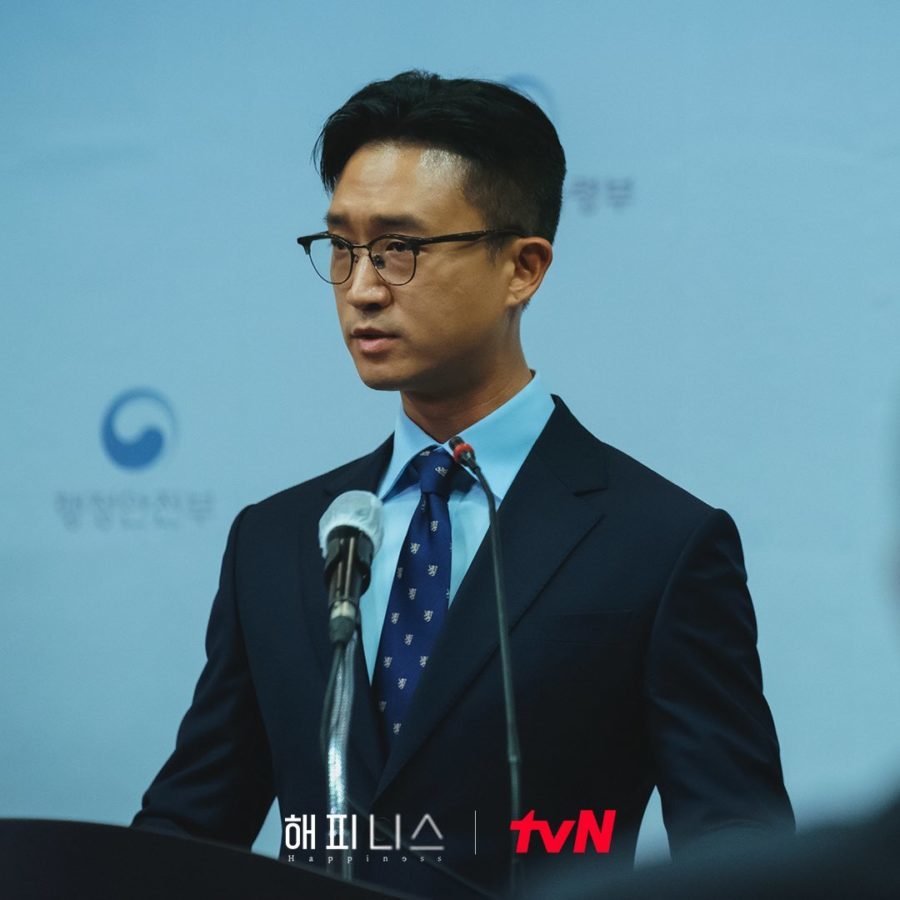 Han Tae Seok, however, is trying to stave off the end as much as he can. His wife has only a month more to live under present conditions, and there’s no cure in sight for this virus, now being called the Lytta virus. Pressure is piling as the number of infectees surge, bodies are carted off to the landfill without any place for storage, and protestors call for an end to the blockades. The latter group has Tae Seok between a rock and a hard place.

If he lifts the blockades as the protestors wish and lets the infectees run free, the entire country will be infected within 72 hours minimum. If he admits to the government that none of their potential curses are working, the government will start killing all infectees in an attempt to stop the spread. Tae Seok doesn’t consider the infectees fully human, but he’s no hypocrite. He won’t save his wife and sit back as the government kills all other infectees. So he lies to the government and presses Lieutenant Lee Ji Soo (Park Joo Hee) to keep trying all possible curses because a soldier’s job is to think about the greater good. Tae Seok is willing to be the bad guy in everyone’s eyes if it means saving as many lives as he can, especially because he knows that he unwittingly helped this whole thing begin in the first place by getting Next approved for distribution.

Finally, we have the power couple. The fearsome duo that weathers everything out together. Panic buying? In moderation. Protecting each other? Always.

Beating down bad guys? Only when necessary (and Oh Joo Hyeong really deserved it). And why not take turns beating down the same bad guy?

Backing each other up at all times and talking out disagreements in private? Always.

Even if Sae Bom disagrees with Yi Hyun’s overly kindhearted decisions (like accompanying the group that wants to go outside), she goes with him anyway because she’s not about to leave him on his own. And vice versa.

Lytta virus who? Lockdown or no lockdown, these two are going strong, ready to take on anything. And they’ll need that rock solid foundation, because Building 101’s first line of defense has been breached and a free-for-all is about to begin.

With only 12 episodes, “Happiness” hasn’t let up its breakneck pace and makes use of every inch of screen time to funnel in as much as possible. The drama is billed as a thriller/horror rather than a romance, so it’s unclear as to where our main couple is headed given that we haven’t had many overtly romantic moments. Perhaps the drama’s going for a more of a subtle attachment than outright romance, but it wouldn’t hurt to have some love in the time of the Lytta virus!