This past weekend saw “Bulgasal” tvN’s latest fantasy outing, come to an end. This show was expected to be a derivative version of “Goblin” but quickly managed to distinguish itself by building a thrilling tale of a man driven by revenge to seek out the woman who took everything from him 600 years ago. There are monsters, mayhem, and a surprising ton of heart.

If you’re debating on giving this drama a shot, read on for five reasons on why you should!

Note: this is a spoiler-free review!

“Bulgasal” places spotlight on several monsters from Korean folklore that haven’t previously gotten much airtime. There’s the geuseunsae, who kills people on rainy days and collects their umbrellas as trophies; there’s the gapsangoe, who’s a pyromaniac and delights on setting things and people on fire. There’s also teoreokson, the monster of Yongsan River who stores corpses in the water. We see these beings as they evolve over time, going from monster to being loosely veiled in the guise of man. It’s a fascinating idea that these ancient predators can morph into seemingly benign people, some even unaware of their own monstrous beginnings. It also makes it all the harder for our hero, Dan Hwal (Lee Jin Wook), and heroine, Min Sang Woon (Kwon Nara), to hunt them down because our main duo is also being hunted.

Lee Joon is back! And in what fine form! Ok Eul Tae (Lee Joon) is a menacing being to monster who seems to lack remorse but possesses intelligence, wealth, and power in spades. However, Lee Joon imbues him with a level of humanity that’s surprisingly easy to feel for. His grief and suffering are so palpable that it’s hard to hate him even when you know he’s about to kill someone again.

As someone who has lived a long, long time, Ok Eul Tae has seen friends, foes, and family reincarnate over and over again. Thus, he finds it difficult to see death as a wrong and sees it more as a temporary condition that he’s putting someone in. It’s pretty difficult to dislike that perspective even though his actions are objectively wrong.

3. The philosophical quandary of fate and free will 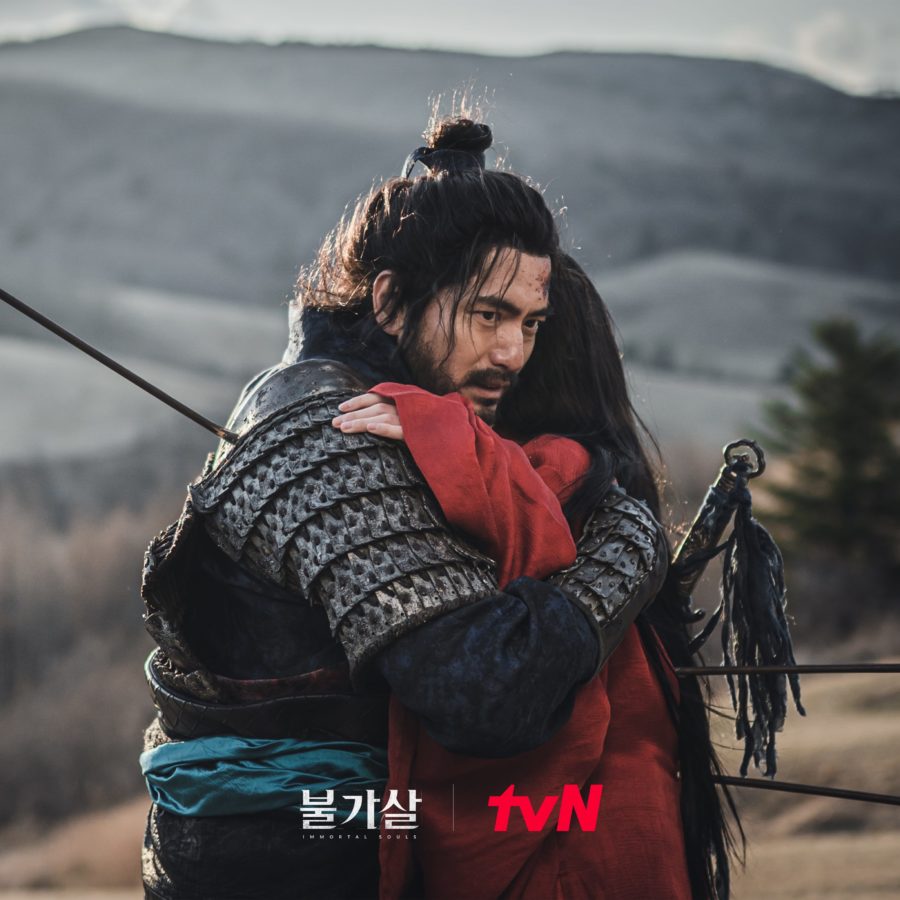 If there’s one thing that “Bulgasal” emphasizes above all others, it’s the cyclic nature of relationships, whether it’s familial bonds or ill-fated partings. Every encounter leaves with it a scar in the person’s soul that will someday echo once more when that person is reincarnated. In firmly anchoring itself to the past, the characters in “Bulgasal” appear doomed to walk the same paths they took all those years ago. The central question becomes one of whether anyone can ever break free. 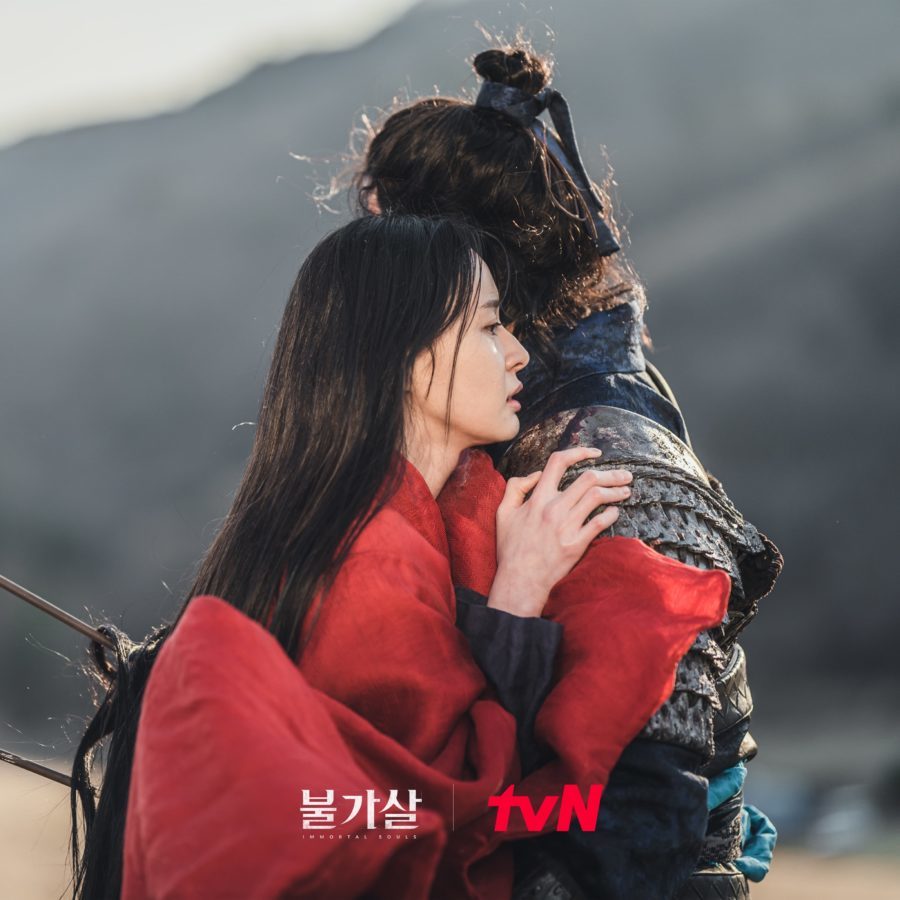 In this sense, “Bulgasal” is very much an ensemble show. Our central three characters, Ok Eul Tae, Min Sang Woon, and Dan Hwal, are definitely the stars, but everyone has a part to play in the past and the future. From ex-cop Kwon Ho Yeol (Jung Jin Young) to butcher shop owner Lee Hye Seok (Park Myung Shin), to Min Sang Woon’s sister Min Si Ho (Gong Seung Yeon), those around Hwal all share a past they are unaware of. It’s one that will shape not just their futures but those of everyone around them.

Given that the initial premise of this show was a man hunting down a woman to exact revenge, any drama veteran could guess that it was only a matter of time before love entered the equation. However, “Bulgasal” chooses to execute a relatively standard premise in a surprisingly deft manner.

First, and most importantly, Hwal is not a jerk. Many revenge dramas have the male lead starting off as an absolutely irredeemable person only to be “softened” by love (“Secret Love” is the first show that comes to mind here. Only Ji Sung made that hero bearable, and only just.) However, Hwal remains good-hearted over 600 years, killing only to protect. Even upon finally encountering the woman he’s chased after for all these years, his first instinct isn’t to draw blood. He’s cold to her, certainly, but without being nasty. He’s open about his plans for her, but he’s never cruel. 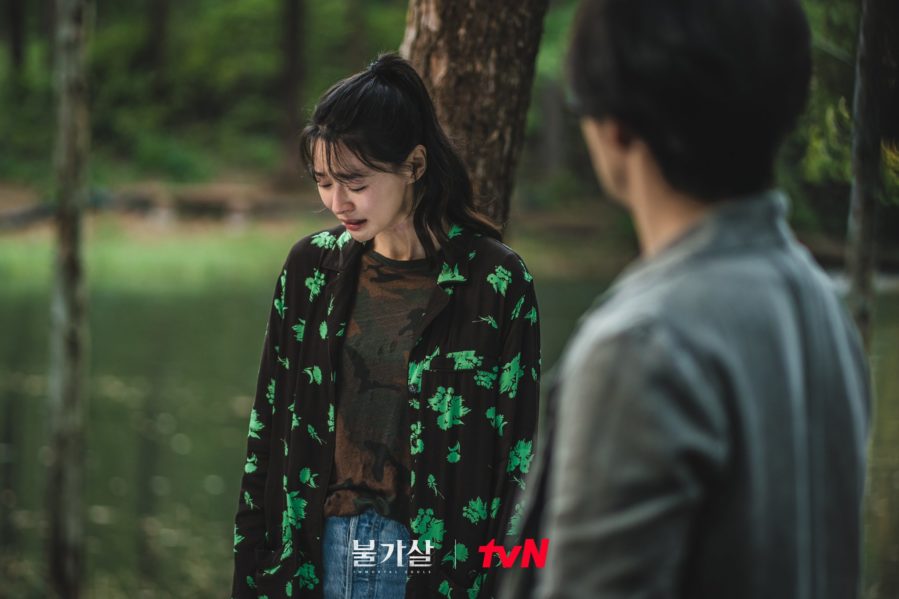 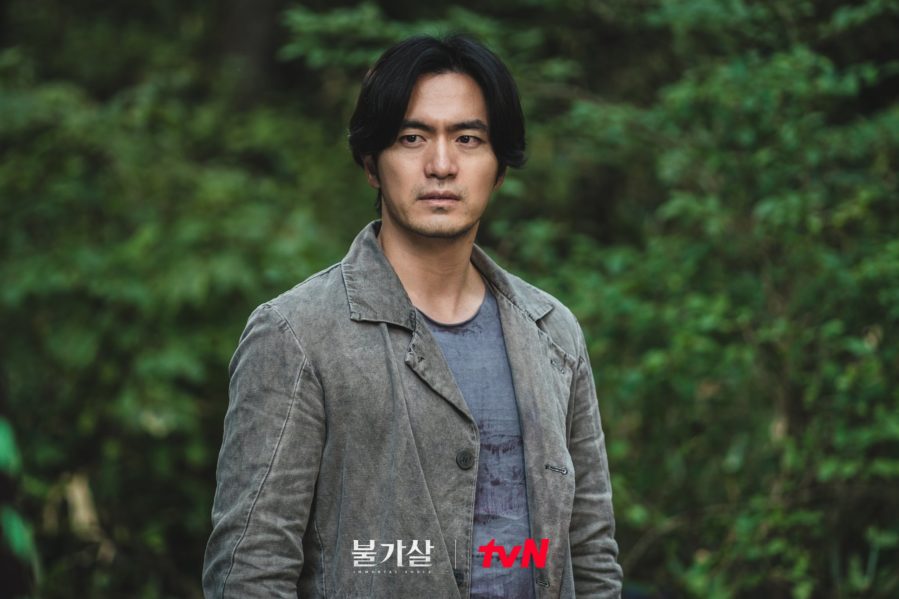 For a big bad bulgasal, our guy’s a softie. Look at his face when he sees her crying. This is the woman he’s sought to exact revenge from for over 600 years, and the moment he sees that she’s genuinely hurt, he folds right over. 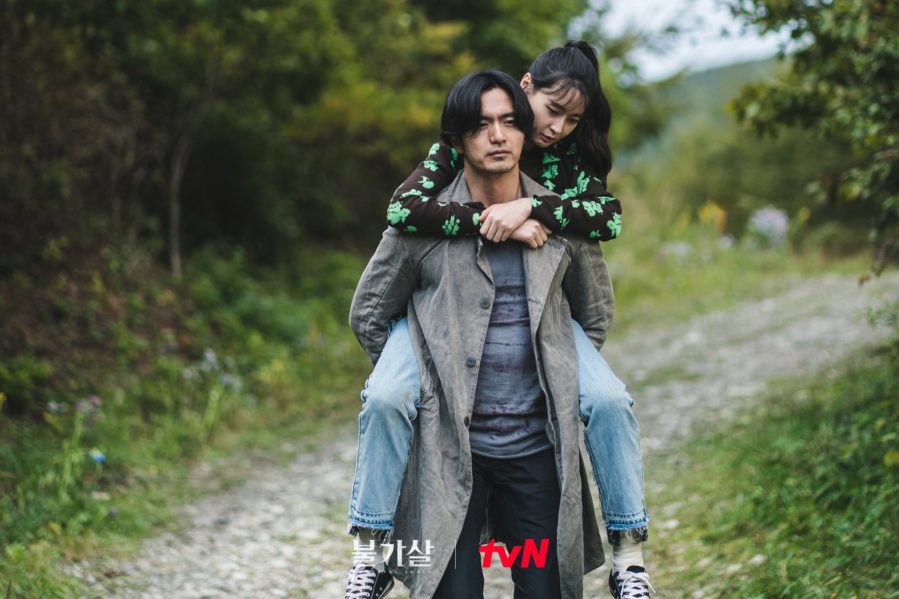 It’s little wonder then that Min Sang Woon can’t help but start caring for him. Both understand where the other comes from, and they approach the problem of his revenge and the great debt she owes him pretty rationally. This isn’t an overtly romantic show, but there is a palpable tenderness between the leads that makes for a great watch. 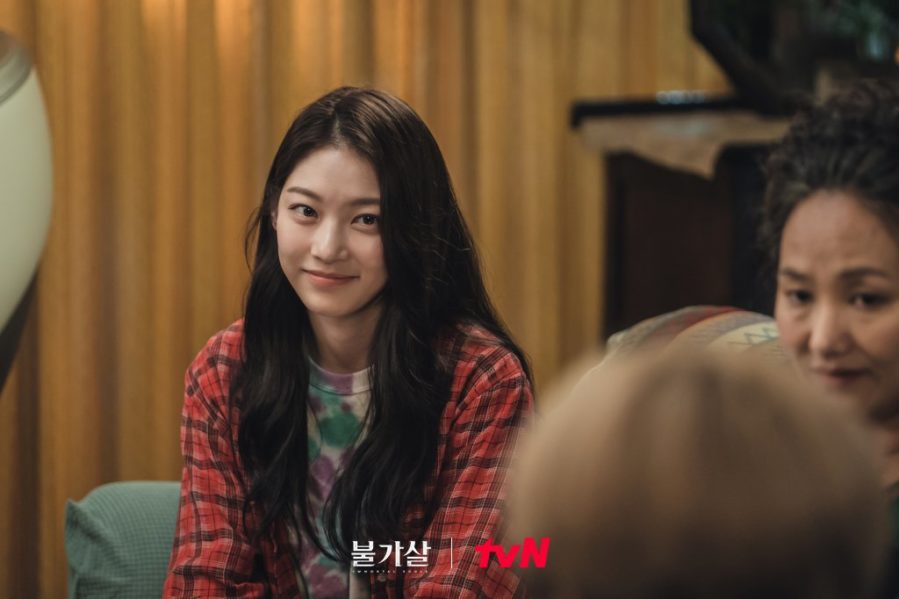 Hwal is a moving character study of a man wrecked by grief, betrayal, and single-minded obsession who still wakes up every. day and chooses to be a good person. However, the real stars of the show are Kwon Nara and Gong Seung Yeon, who portray two sisters who fight for each other and never let go. It helps that both are experienced actresses who can speak through eyes alone, but it’s always clear that Sang Woon would do anything for Si Ho and vice versa. The two sisters are distrusting of others but extremely kind. It comes as no surprise when they quickly wrangle themselves into Hwal’s life and change it for the better.

The most surprising element to come out of “Bulgasal” is the group of people Hwal picks up after he finds Min Sang Woon and just how quickly they insinuate themselves into his home and quickly form a family around this lonely man. Hwal is genuinely confused by these people who seem to actually like him and want to stay around him. Though he tries to push them away at first, fearing what could happen to them if they stay by his side, he soon takes his role as the family’s obligatory patriarch in stride. It’s honestly adorable, and it breaks up the blood and terror of the main narrative.

And those are the reasons for why you should give this drama a try! “Bulgasal” is by no means perfect. However, there’s enough blood, slick action, and heart-wrenching performances to make this drama the perfect binge for a weekend.

If you want more Lee Jin Wook, check out “Return”:

If you want more Kwon Nara, check out “Doctor Prisoner”:

Hey Soompiers, have you watched “Bulgasal”? What did you think of the drama? Let us know in the comments below!