tvN’s new drama “Happiness” has shared a behind-the-scenes glimpse of its starring cast!

“Happiness” is an apocalyptic thriller that takes place in the near future, set in a high-rise apartment building stratified by social standing. The building is sealed off when a new infectious disease emerges in the city, and the drama depicts the residents’ fear, fierce psychological battles, and desperate struggle for survival within the closed-off building.

Han Hyo Joo stars in the drama as Yoon Sae Bom, a tactical agent in the Seoul Police Special Operations Unit, while Park Hyung Sik stars as detective Jung Yi Hyun, her former high school classmate who has feelings for her. Jo Woo Jin plays Han Tae Suk of the Armed Forces Medical Command, the man in charge of tracking down the cause of the disease and stopping its spread.

In the new behind-the-scenes photos, all three stars show off their passion and professionalism as they concentrate on filming. When the cameras aren’t rolling, Han Hyo Joo’s script never seems to leave her hand for a moment, and the actress carefully pores over each scene before jumping into acting.

Meanwhile, even off-camera, Park Hyung Sik exudes the quiet strength of his character. The sharp glint in his eyes and the steadiness of his gaze reveal just how completely he’s immersed himself in his role. 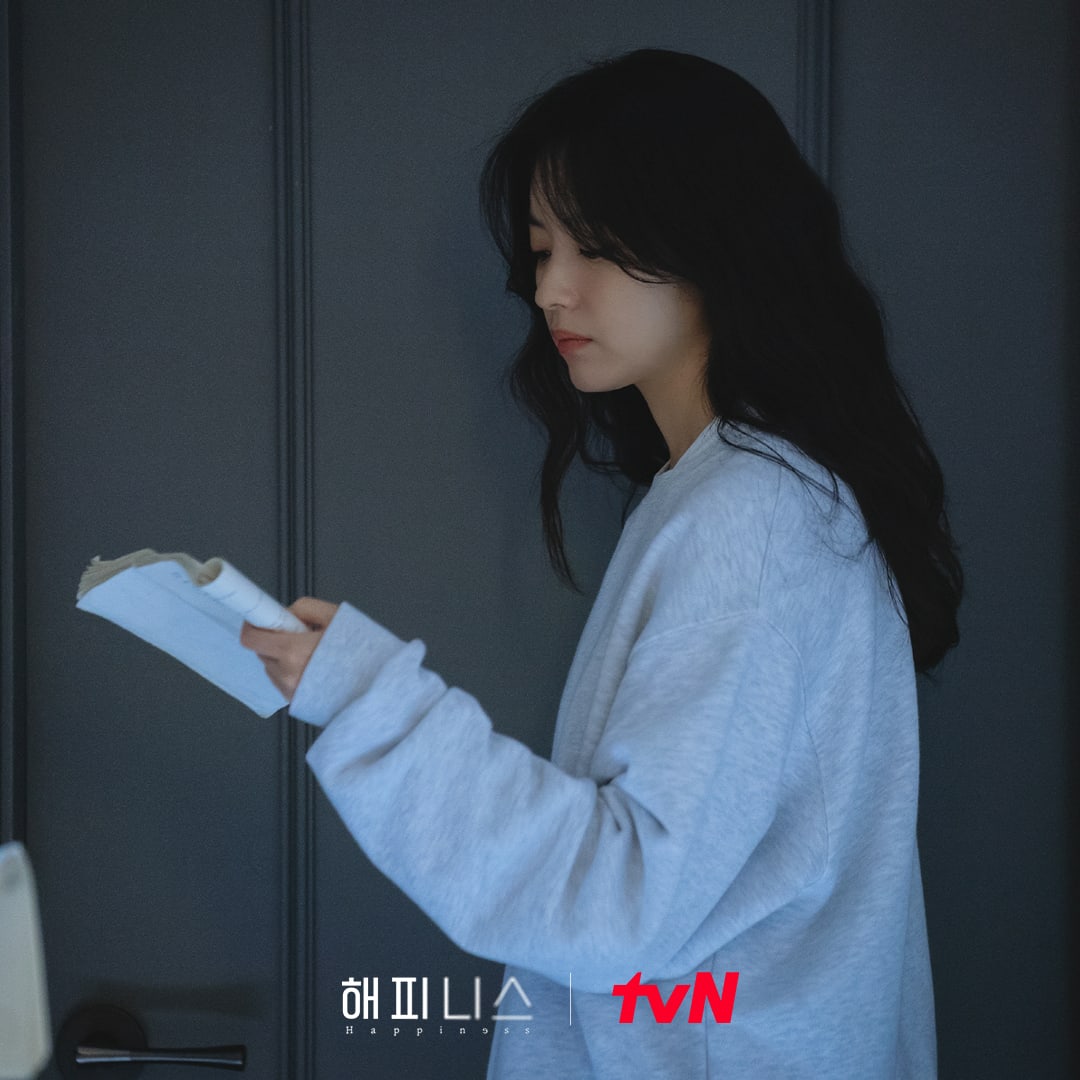 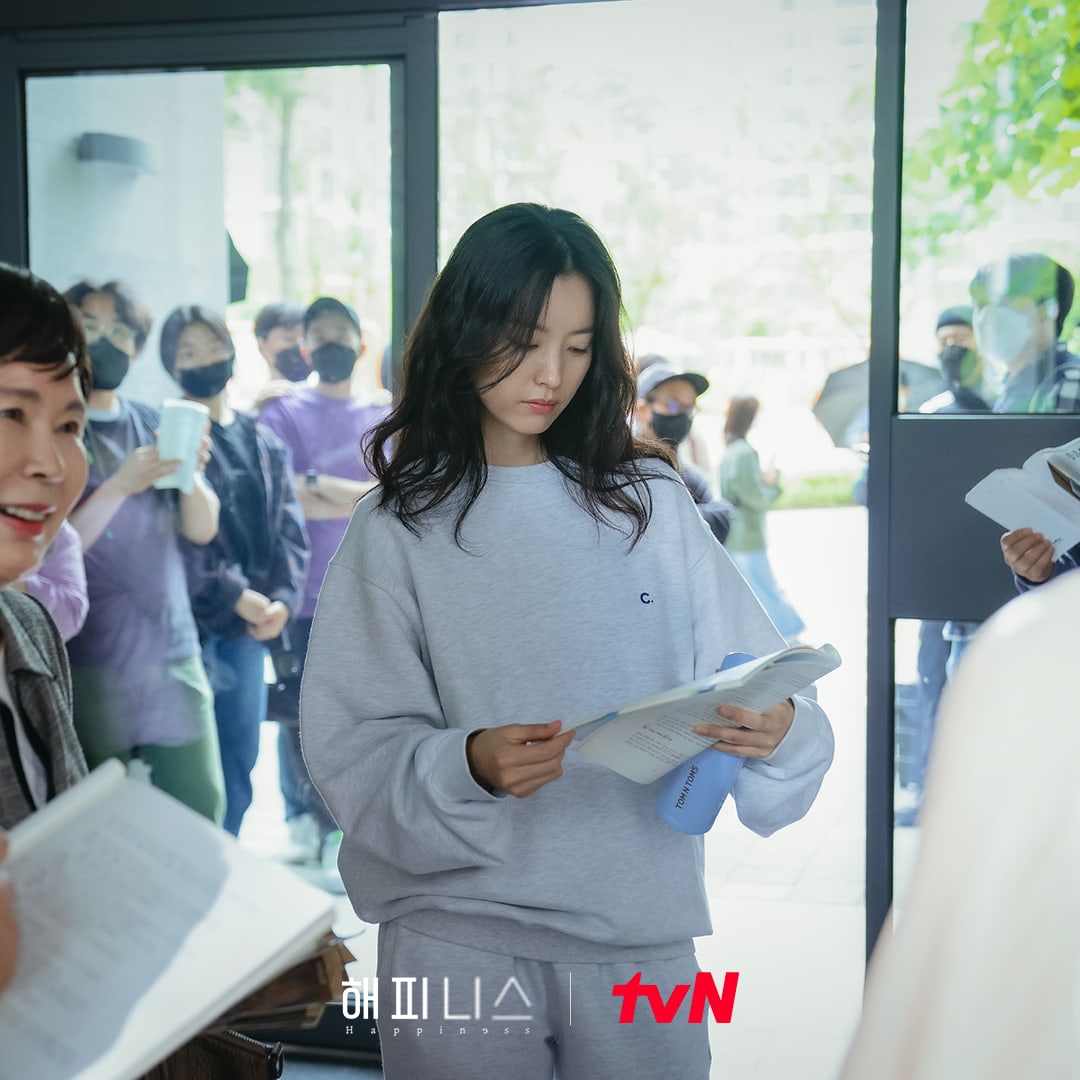 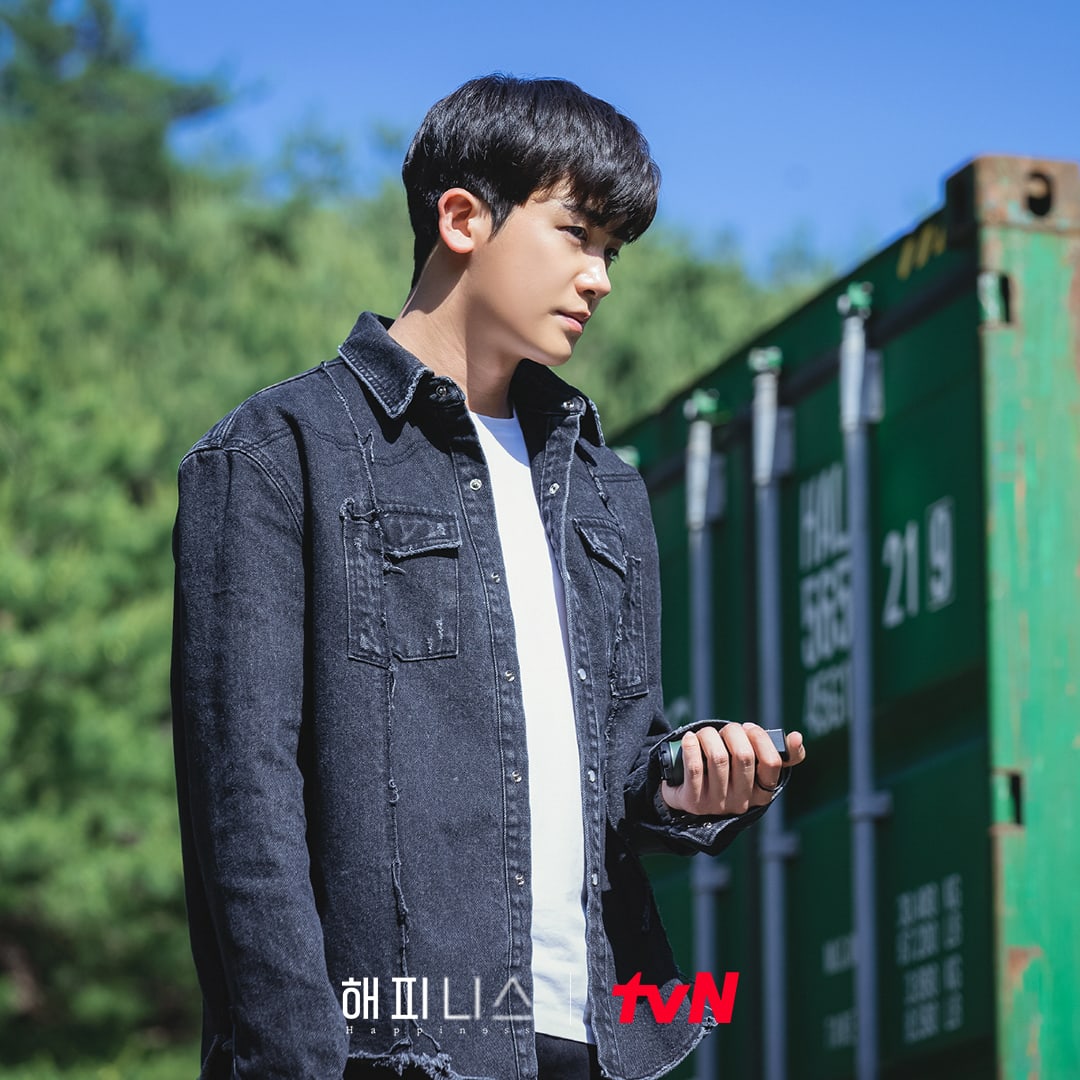 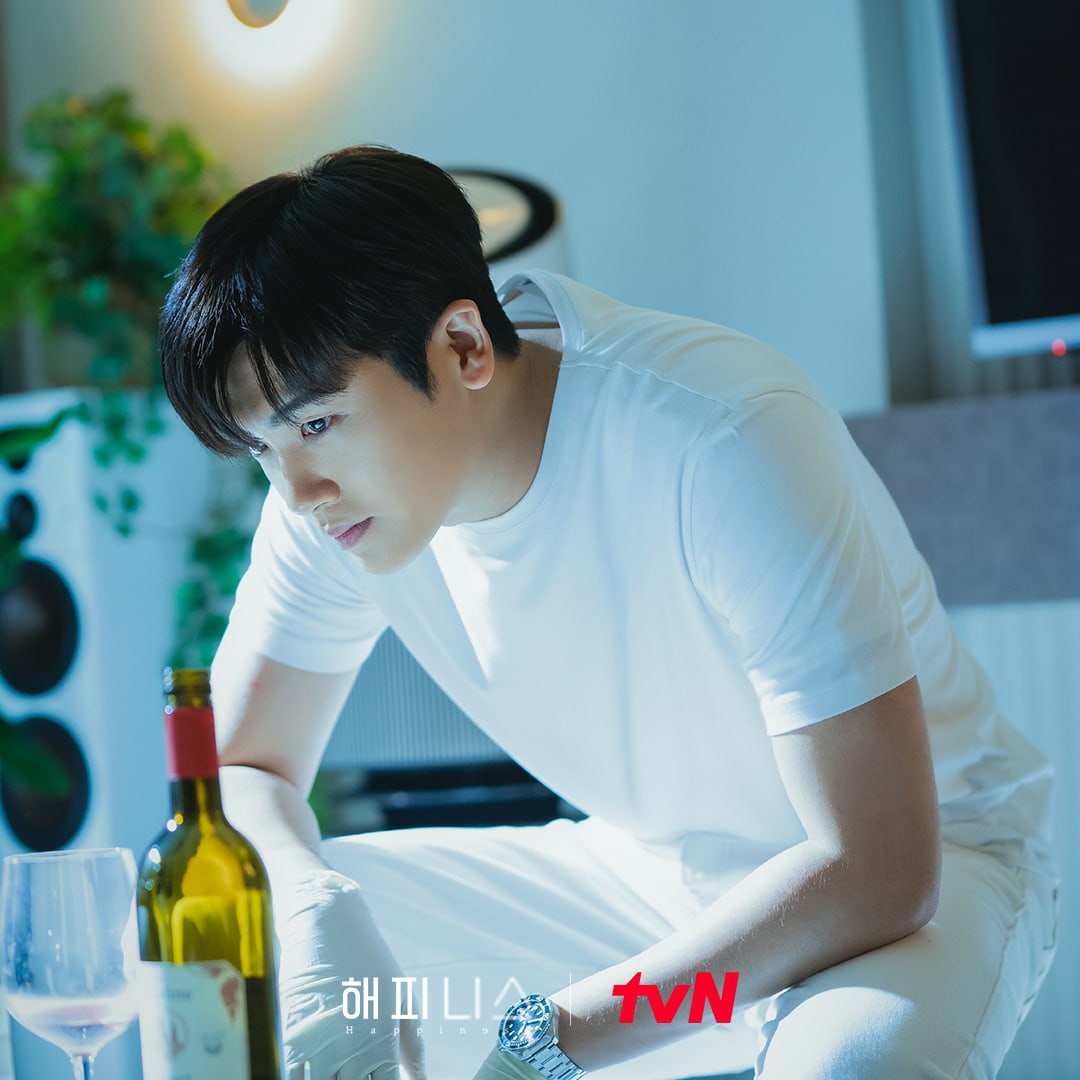 Finally, Jo Woo Jin also exhibits impressive focus and poise as he prepares to shoot his intense scene with the chairman of the pharmaceutical company that distributed NEXT—a scene that left a strong impression on viewers. Even before the cameras start filming, Jo Woo Jin levels his co-star with an intimidating gaze as he gets into character.

The producers of “Happiness” commented, “The passionate acting of Han Hyo Joo, Park Hyung Sik, Jo Woo Jin, and the rest of the cast is the force that brings our unique city thriller to life.”

They went on to tease, “Fear breeds selfishness and gives rise to new dangers. Please keep an eye on the changes and choices people make as they are swept up in a whirlwind of danger.” 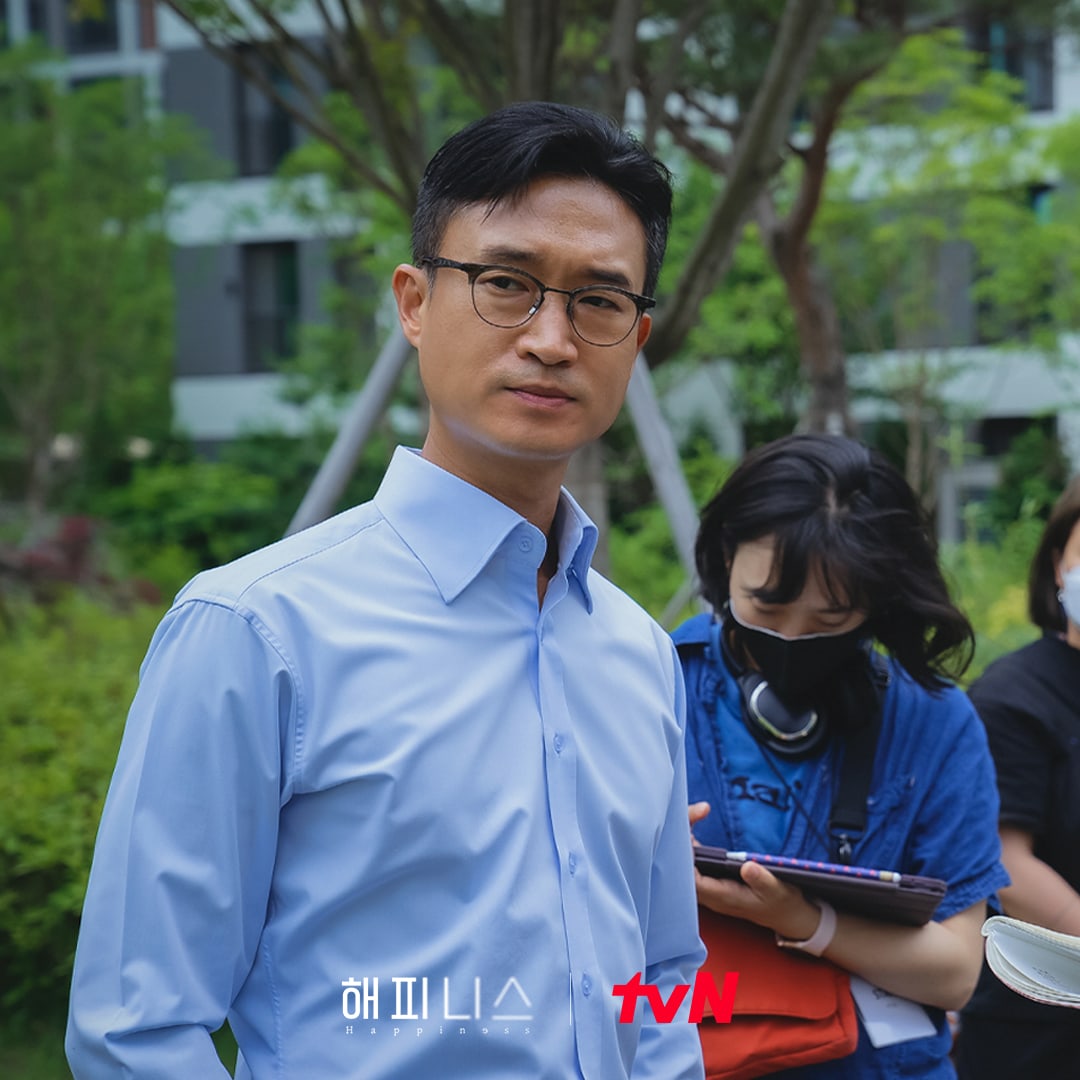 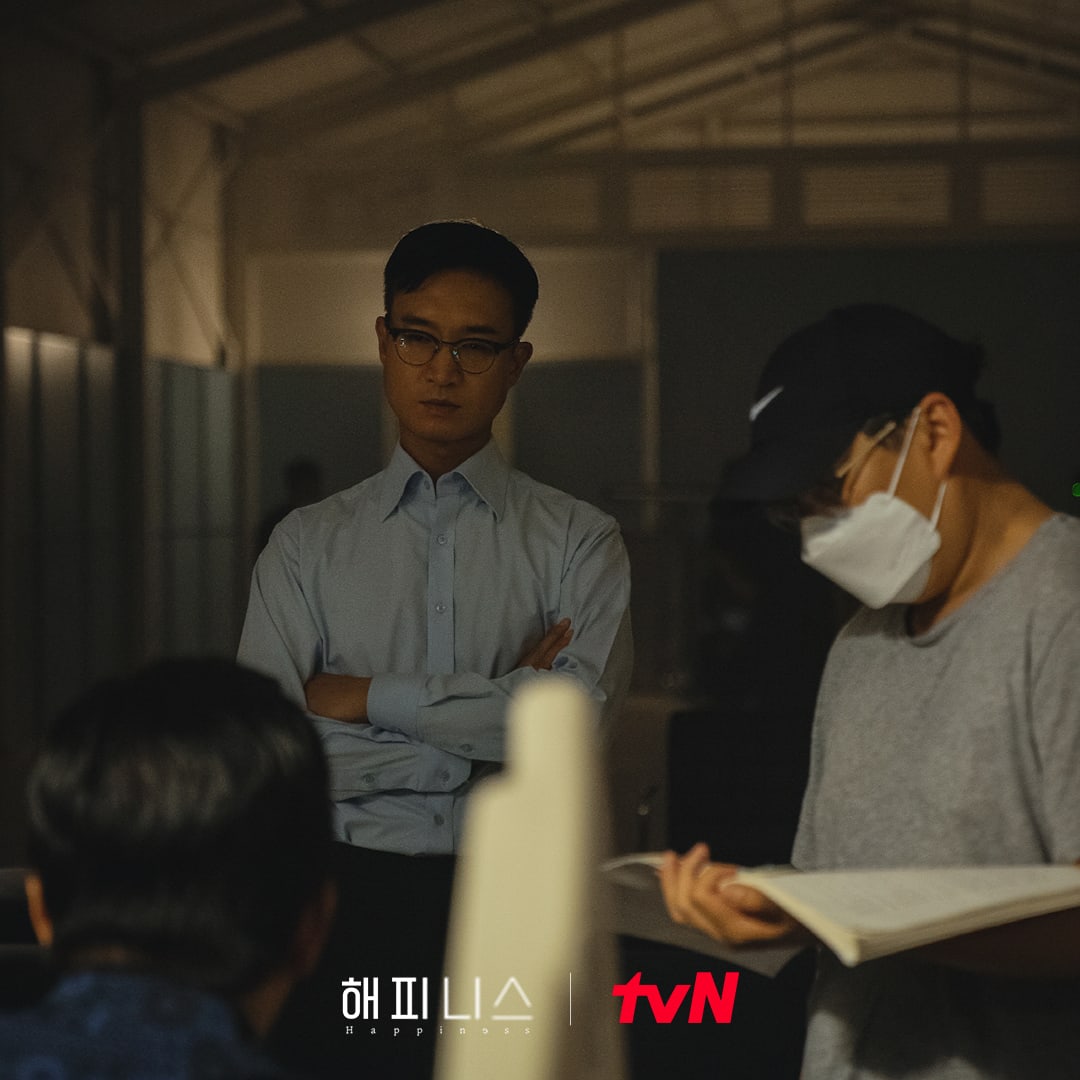