SF9’s Chani Shares Thoughts On Starring In His 1st Rom-Com “Jinx,” His Goals As An Actor, And More

SF9’s Chani recently talked about his latest drama “Jinx” and starring in his first romantic comedy!

Kakao TV’s “Jinx” is a fantasy rom-com that tells the story of Kyu Han (Chani), a seemingly ordinary student who is cursed with an unlucky jinx. Every time he sneezes, things go exactly the opposite of what he hopes, forcing him into all sorts of unfortunate situations in his daily life. Despite his bad luck, he still chooses to try and win over his one-sided crush Se Kyung (WJSN‘s Eunseo).

The drama captured Kyu Han’s determination and will for love despite his unfortunate circumstances, as well as the innocent love he experiences for Se Kyung who is able to help heal his innermost scars. Additionally, while the jinx added a fun and unique fantasy aspect, the characters were extremely realistic and relatable university students that shared the same busy lifestyles as viewers.

“Jinx” aired its finale on November 6 and Chani was asked his thoughts on completing the drama during COVID-19. He commented, “Although it was a difficult situation, I tried to make a good project amid that. Thanks to the hard work of many staff members, I was able to safely complete filming well. All throughout filming, I was creating memories with the producers, staff, and actors, so I was extremely happy. I think the enjoyment on set could be seen in the drama so I also had fun watching. Since a lot of my co-stars were my age, it was fun while filming and I think I’ll remember it as a happy filming set. Thank you for watching ‘Jinx.'”

On Kyu Han’s charms and how he prepared for the role, Chani commented, “I think I thought it was charming because the premise of a superpower coming out after a sneeze was unique and fun. I had to think of the opposite of what I wanted, but because I had to genuinely act like that was what I wanted, there were times when I would get confused after filming multiple scenes. Also, since I constantly had to sneeze, I worked a lot on the image of my sneezing.”

Chani spoke about “Jinx” being the first romantic comedy of his career, sharing, “Since it was a genre I wanted to try, I had fun while filming. The genre of romance was harder than I thought. I tried my best to portray the many images within the emotion of love as abundantly as I could.” 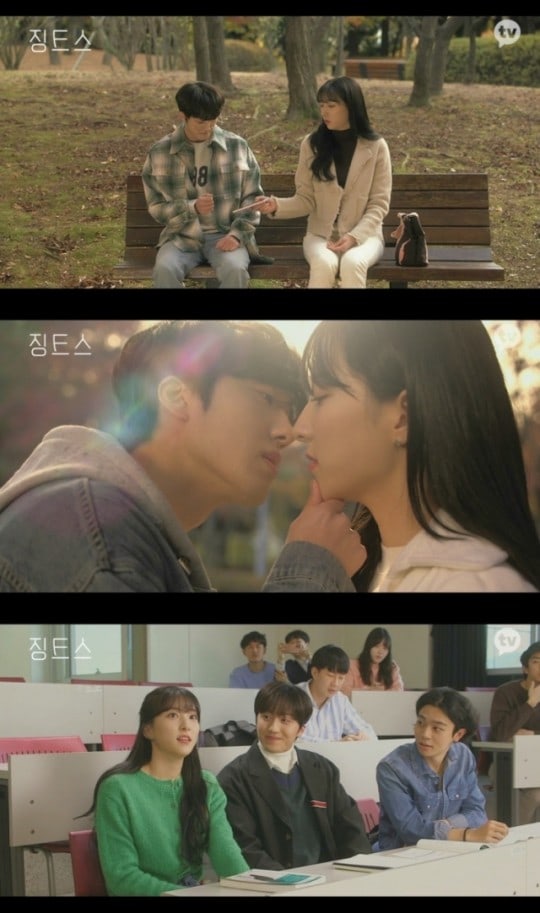 Regarding his future goals as an actor, Chani explained, “If it’s a good project and a fun character, I want to try it no matter what it is. I don’t want to set limits. Since every character has their own individual charm, I want to show viewers a wide variety of acting.”

Lastly, Chani left a message to his fans and viewers of “Jinx.” He shared, “I have a lot of good memories from filming ‘Jinx.’ I’m also thankful to the viewers who watched ‘Jinx’ until the very end. I hope this project is remembered as a warm project by many people. I will work to greet you soon as SF9’s Chani, as well as with a good project as a new character.”

Start watching Chani in “Imitation” below!

SF9
Chani
How does this article make you feel?