“Bad and Crazy” is directed by Yoo Sun Bong and written by Kim Sae Bom, who worked together on OCN’s hit drama “The Uncanny Counter.” Starring Lee Dong Wook, Wi Ha Joon, Han Ji Eun, Cha Hak Yeon, and more, the redemption hero drama tells the story of the events that occur after the capable but bad guy Soo Yeol meets K, a crazy guy when it comes to justice.

In the newly released stills, Wi Ha Joon has transformed into the crazy helmeted man K, who is all about justice. K wears an innocent smile despite being drenched in petroleum while standing in the middle of a scene. True to his character, he exudes an unpredictable and crazy air. In another still, K threatens someone by holding up a lighter, looking as if he’ll set the place on fire any second. 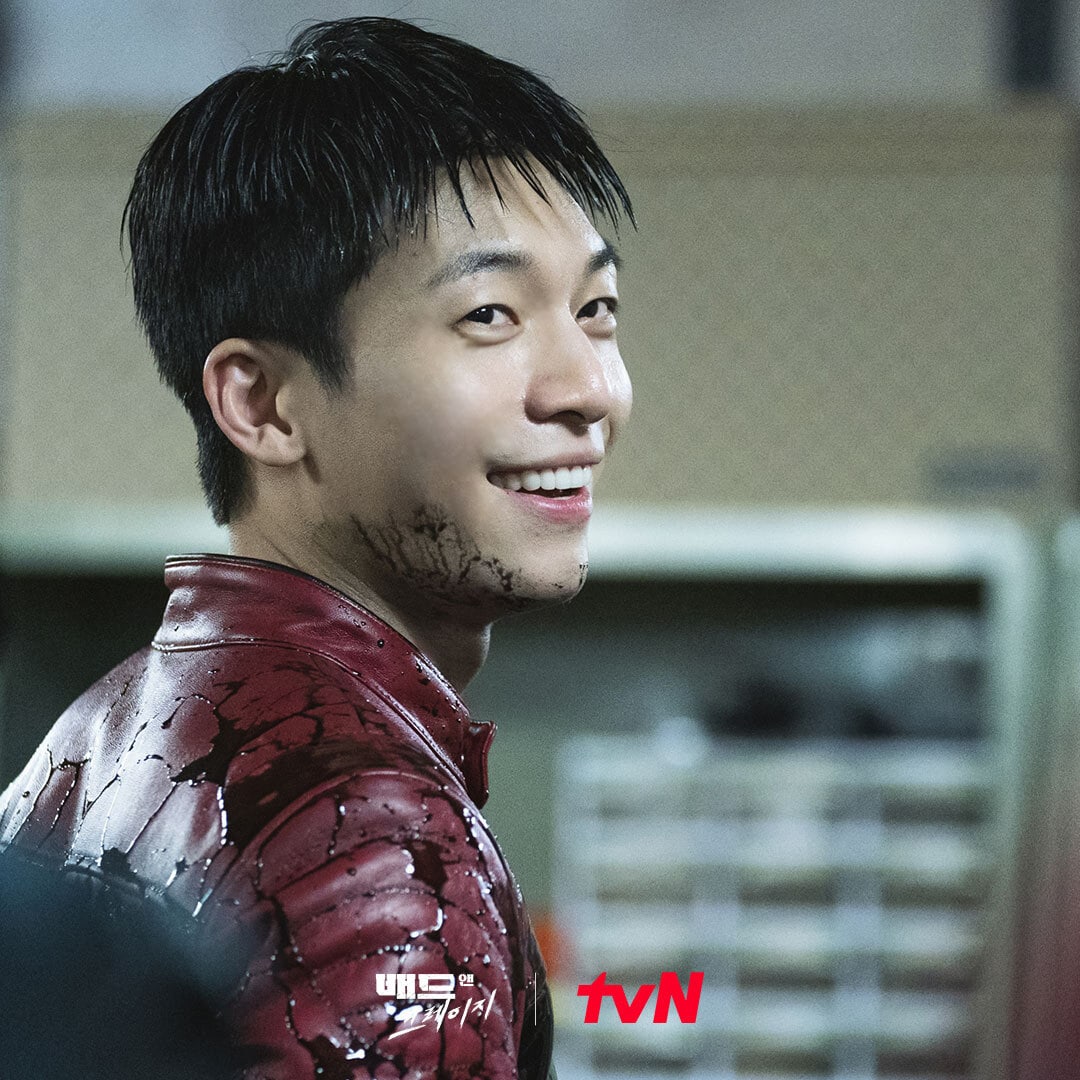 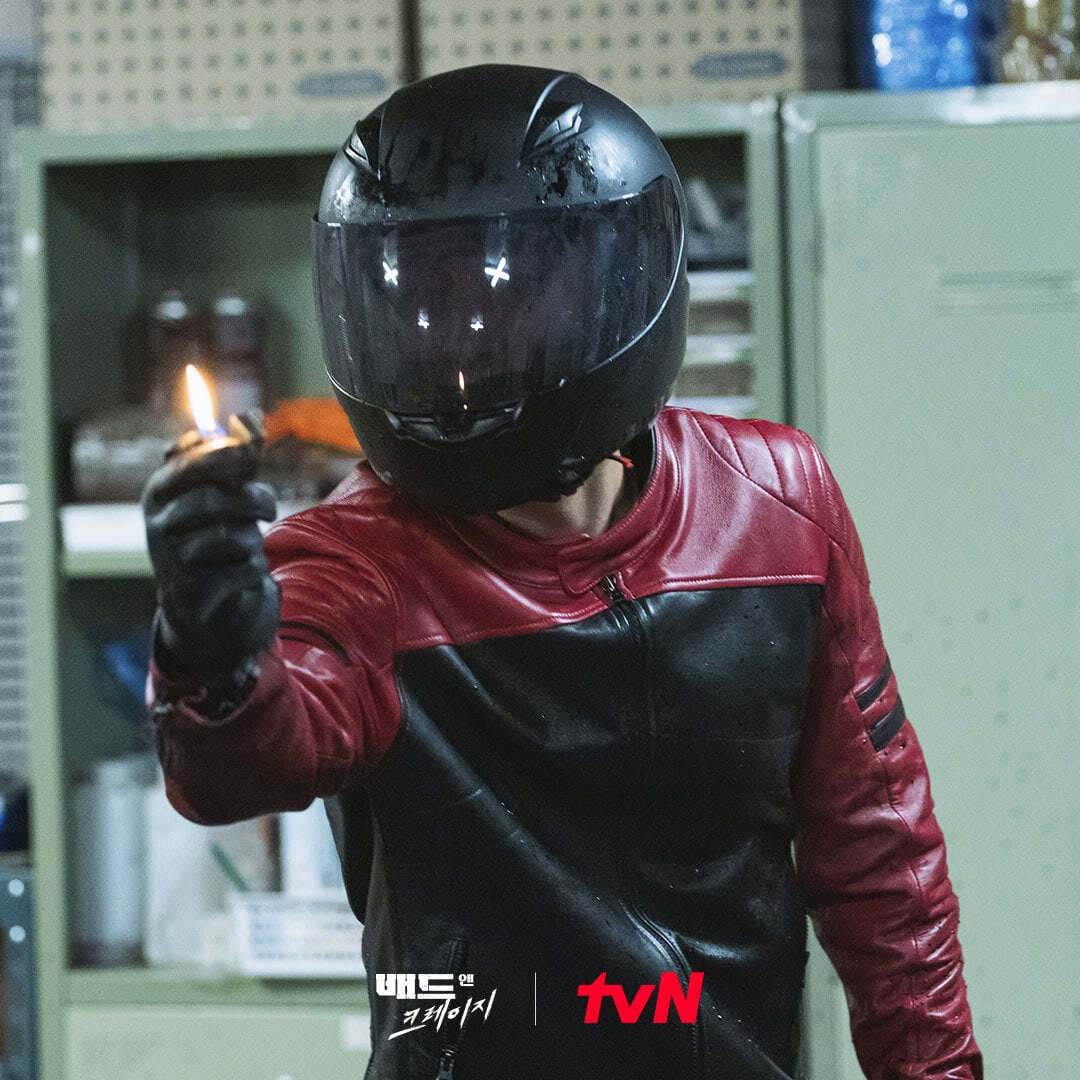 K believes that he exists to bring justice to the corrupt world. The first person he has selected to bring justice upon is the corrupt detective Soo Yeol (Lee Dong Wook), who exists above the criminals. Viewers are looking forward to the redemption story and teamwork that will be showcased in the drama as K, who dreams of being a hero of justice, clashes with the success-driven detective Soo Yeol at each and every corner. 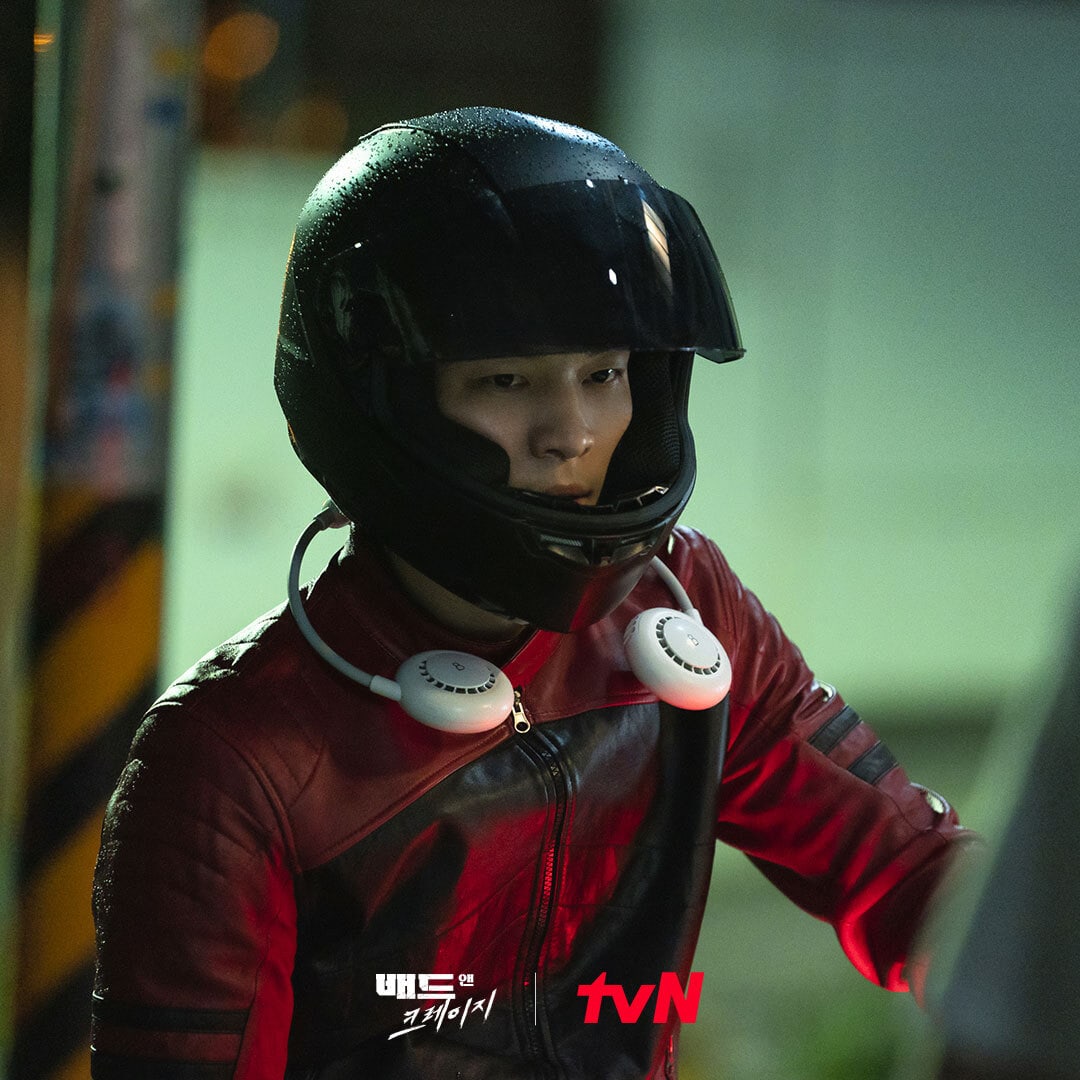 Wi Ha Joon commented, “K is rough to the extent that his fists will come before his words, but he’s a three-dimensional figure who is overflowing with justice, refreshing, and even cute.” He continued, “This is the shortest I’ve cut my hair since I was in the military, and I simultaneously did a lot of exercise and training to prepare for the numerous action scenes. In particular, since it’s my first time doing comedic acting, I put a lot of thought, research, and practice into this.”

“Bad and Crazy” will premiere on December 17 at 10:40 p.m. KST following the conclusion of “Happiness.”

In the meantime, watch Wi Ha Joon in “18 Again” below:

Wi Ha Joon
Bad and Crazy
How does this article make you feel?