In addition to crime film expert Jo Jin Woong and Choi Woo Shik, who is returning to the big screen for the first time since “Parasite,” the upcoming drama boasts a talented and passionate lineup of cast members including Park Hee Soon, Kwon Yool, and Park Myung Hoon.

Jo Jin Woong plays Park Kang Yoon, the head of the regional investigation unit who puts arresting criminals based on his beliefs above everything else, and he doesn’t care about using illegal means to gain information. 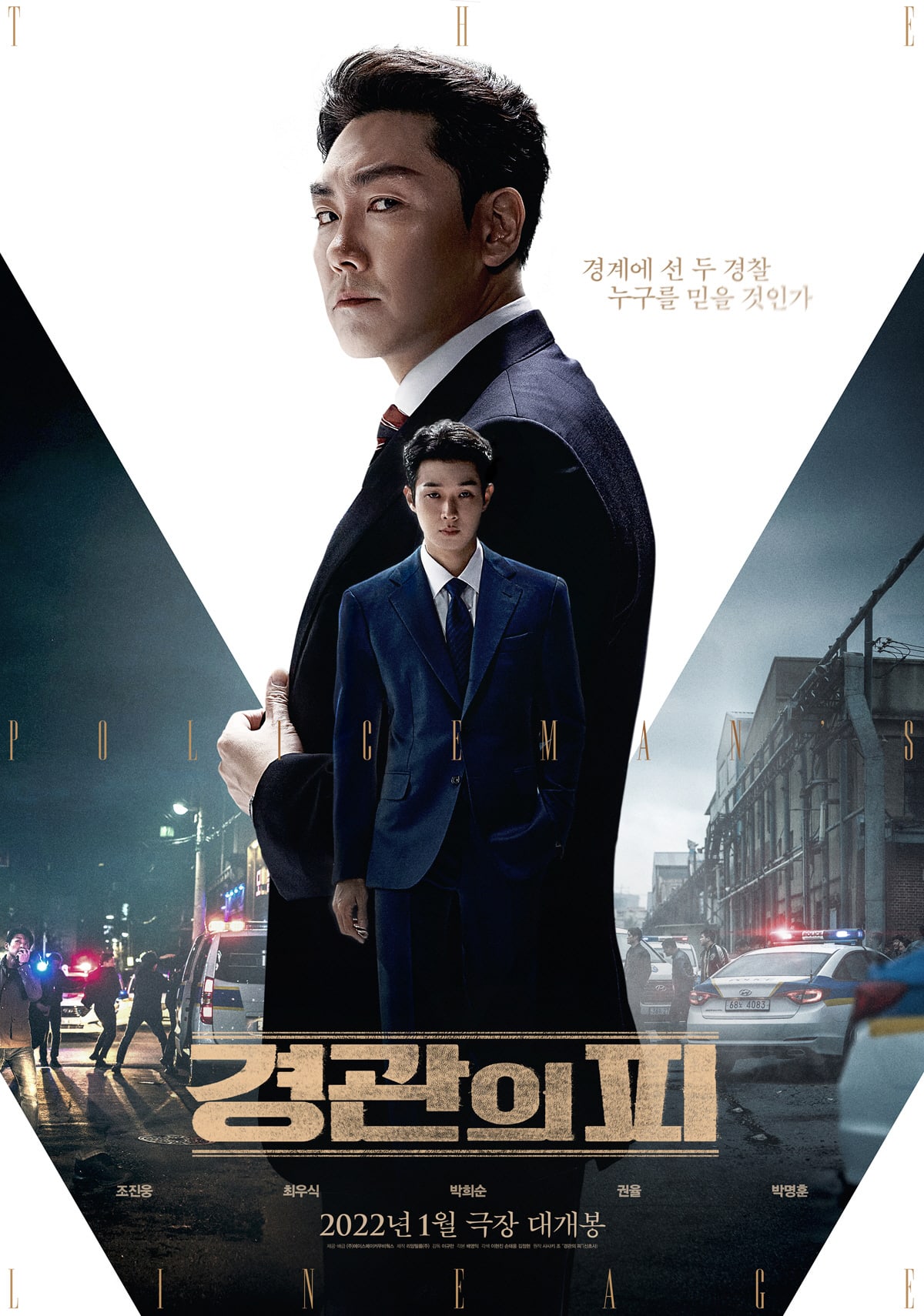 In both their posters, the text reads, “Two police officers standing at the border. Who will you trust?” The posters raise anticipation for Choi Min Jae and Park Kang Yoon’s unconventional chemistry as they go back and forth from being suspicious of each other and trusting in one another. 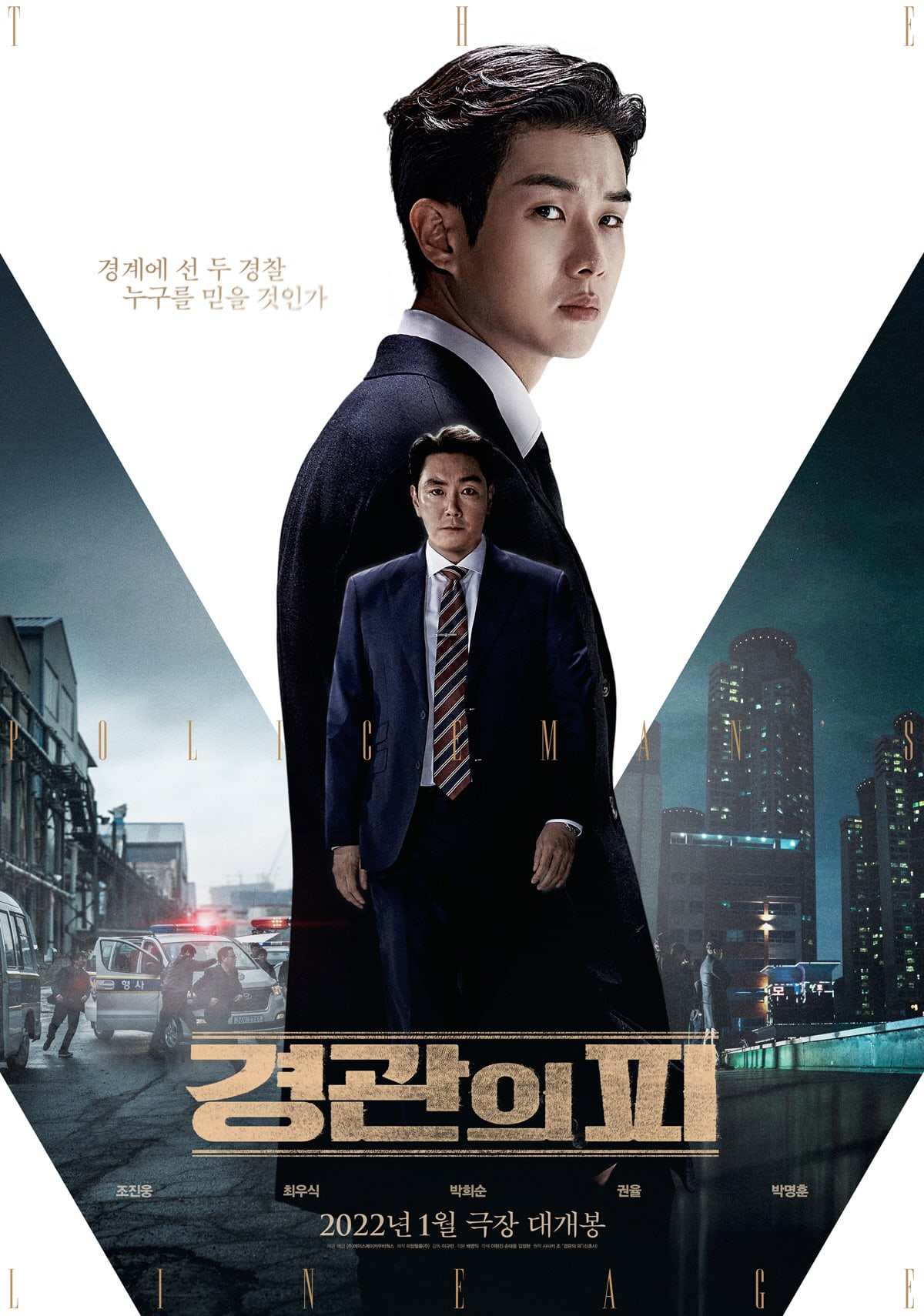 Furthermore, Park Hee Soon plays chief inspector Hwang In Ho, who gives Choi Min Jae the task of going undercover on the pretext of giving him the confidential documents regarding his father. Kwon Yool has taken on the role of Na Young Bin, a criminal who only deals with the top 1 percent of people who are inaccessible, and Park Myung Hoon plays criminal Cha Dong Chul, who survives through his dealings with the police.

“The Policeman’s Linage” will be helmed by director Lee Gyu Man of “Children…” and “Wide Awake” and will premiere in January 2022.

In the meantime, watch Jo Jin Woong in “Black Money“: