tvN’s “Happiness” is a new apocalyptic urban thriller set in the near future, inside an apartment building that is stratified by social standing. The high-rise building is sealed off when a new infectious disease emerges, and the drama depicts the fear, psychological battles, and desperate struggles for survival that ensue.

At the start of the clip, Han Hyo Joo appears in a lovely blue dress, which is very different from her usual style in the drama. Park Hyung Sik spots her, and his eyes grow round as he exclaims in awe, “Whoa!” Then he jokes, “Why isn’t everybody clapping?” Han Hyo Joo can’t stop laughing at his reaction, and when one of the staff member points out they can’t believe Yoon Sae Bom (Han Hyo Joo’s character) has a dress like that in her closet, she quips, “She probably searched long and hard for it.”

Then the two actors go over the scene with the director. Han Hyo Joo says her line, which is “Do I look okay?” When Park Hyung Sik answers without looking at her, she kicks him from behind, making him yelp out loud. Han Hyo Joo can’t help but laugh, and Park Hyung Sik holds in his laughter as he stands up and says, “Yeah. You’re really pretty. It’s really new.”

Han Hyo Joo and Park Hyung Sik practice the scene where they’re calling the parents of Jung Yi Hyun (Park Hyung Sik’s character) and become fascinated by the video that was recorded beforehand. Han Hyo Joo bursts into laughter as she says, “Hello, father! I’m Yoon Sae Bom.” She then looks at Park Hyung Sik and asks, “So this is your father?” Once the video ends, Han Hyo Joo jokes, “Your father looks very familiar.” 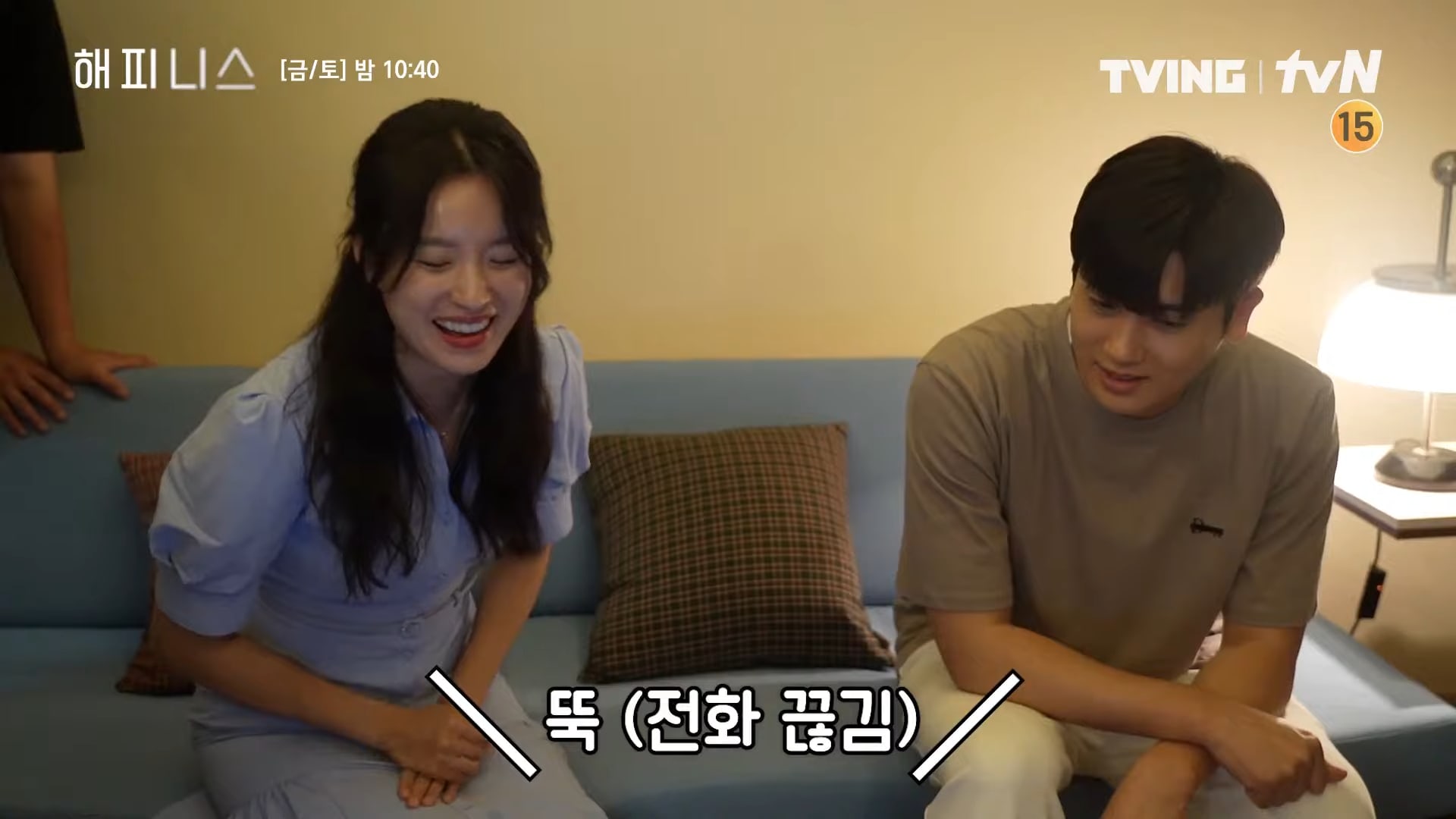 The clip also shows Park Hyung Sik’s bromance with Jo Woo Jin. Although the two are on odd terms in the drama, they’re close in real life. The actors examine the photos they took, and Park Hyung Sik comments they really came out well. Jo Woo Jin says, “They use photos like these for [the end], you know? When ‘Happiness’ ends and the ballad song comes out, those photos appear like bam, bam, bam!” Park Hyung Sik chuckles at his proud expression and expresses how much he likes the pictures as well. 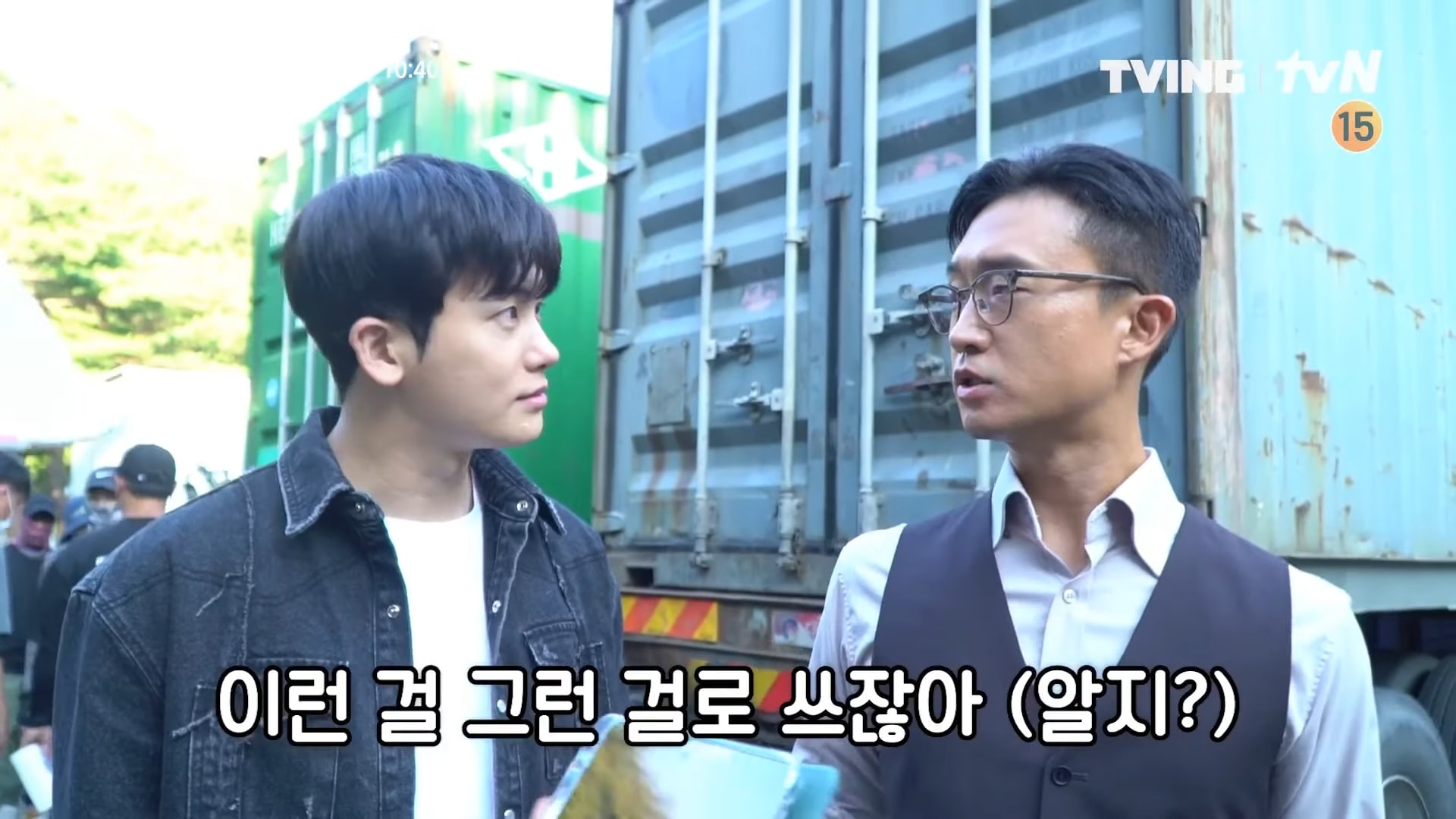 Towards the end of the video, Han Hyo Joo and Park Hyung Sik are spotted stretching during breaktime. The two are perfectly synchronized as showcase their flexibility. The actress spots the making-of video and ducks her head in embarrassment, and her co-star comments, “I’m purposely not looking ahead.” Han Hyo Joo explains, “We were standing for kind of a long time today.” Park Hyung Sik continues to copy Han Hyo Joo’s stretches, and she kindly helps him do the right pose.