tvN’s “Melancholia” has shared a sneak peek of its upcoming episode!

In newly released stills from the drama’s third episode, Baek Seung Yoo and his classmate Jang Kyu Young (played by Choi Woo Sung) are called to the faculty office after getting into a fistfight. With matching split lips and cold expressions, the two students awkwardly stand together in front of teachers Kim Jin Hee (Yang Jo Ah) and Ji Yoon Soo as they receive a scolding.

Notably, these kinds of physical brawls are exceptionally rare at their prestigious high school, as a blemish on one’s record could hurt a student’s chances of getting into college—something all of the Ahseong High School students care deeply about. Considering that Jang Kyu Young is an especially high-achieving student who is ranked second in their entire year, the photos raise the question of what could have happened to make the two classmates go this far.

In another set of stills from the upcoming episode, Ji Yoon Soo takes Baek Seung Yoo with her to meet her father Ji Hyeon Uk, who is a resident at a nursing home. Although it is unclear why Ji Yoon Soo chose to bring Baek Seung Yoo along on the visit, the trio forms a heartwarming picture as they sit peacefully outside playing chess together. 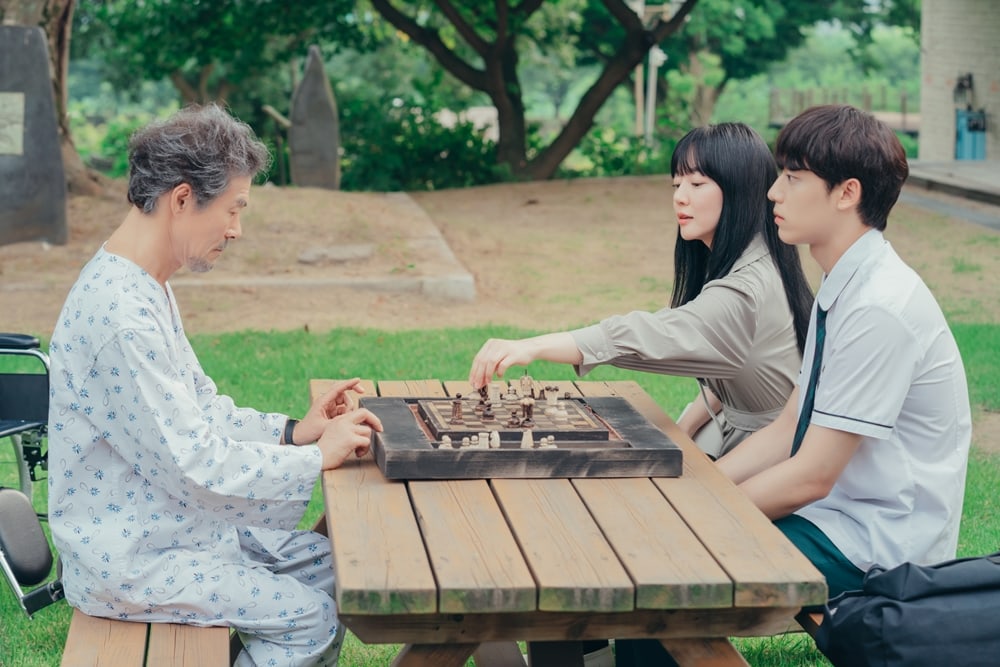 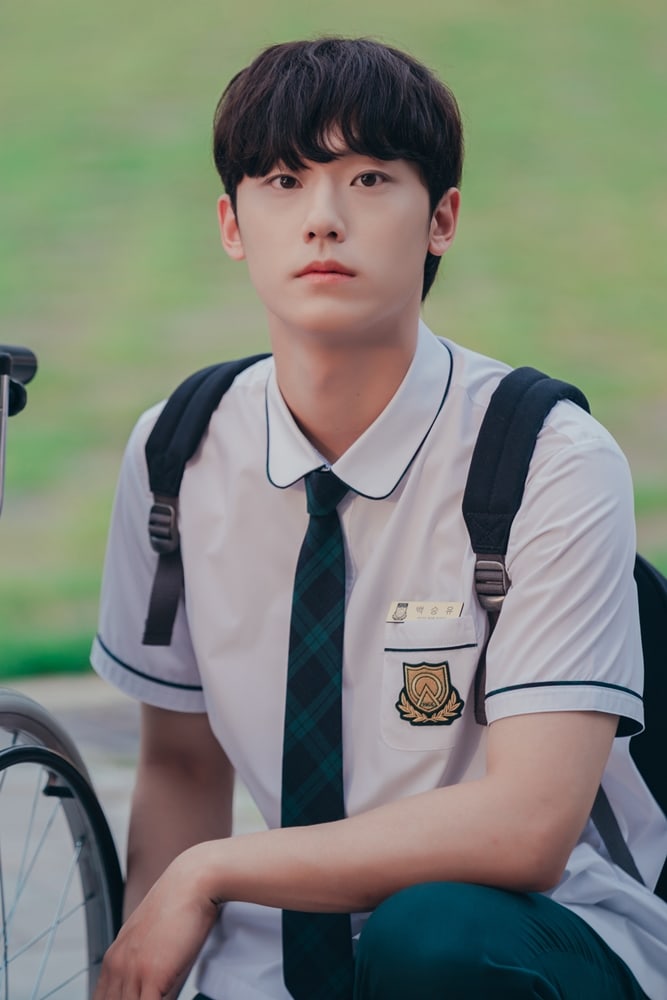