At the online press conference for Netflix’s upcoming series “New World,” the cast talked about their experience filming the variety show!

“New World” is a new variety program starring Lee Seung Gi, EXO’s Kai, Super Junior’s Kim Heechul, Park Na Rae, Jo Bo Ah, and SECHSKIES’s Eun Ji Won. For six days, the stars will be staying together at a picturesque island where they will play games and forge friendships—with a few shocking twists and betrayals along the way.

On November 17, the cast members and producing directors (PDs) sat down for a press conference in which they shared their thoughts on filming and discussed what viewers could look forward to.

Jokingly referring to Eun Ji Won’s “villainous” role in the show, Lee Seung Gi remarked, “It was so nice and comfortable filming together with Eun Ji Won. In these kinds of variety programs, someone has to play the role of the villain, but when I was doing villainous things next to him, I didn’t feel any pressure. Because I had faith that Eun Ji Won in particular would be good at betraying people. I had faith that whatever Eun Ji Won said would definitely not be the truth.” He added, “I’ve been on a lot of different kinds of [variety] programs, but I’ve never seen a character like Eun Ji Won’s before.”

Eun Ji Won playfully responded, “It was great seeing Seung Gi again for the first time in a long while. On the inside, I’d thought to myself that when we played games, he’d be on my side no matter what—but he didn’t go easy on me, which was a little disappointing.”

Lee Seung Gi teasingly chimed in, “I agree. In the past, when he betrayed other people, he didn’t feel apologetic at all. But this time, he seemed apologetic. Eun Ji Won will be showcasing warm-hearted betrayal on this show.” 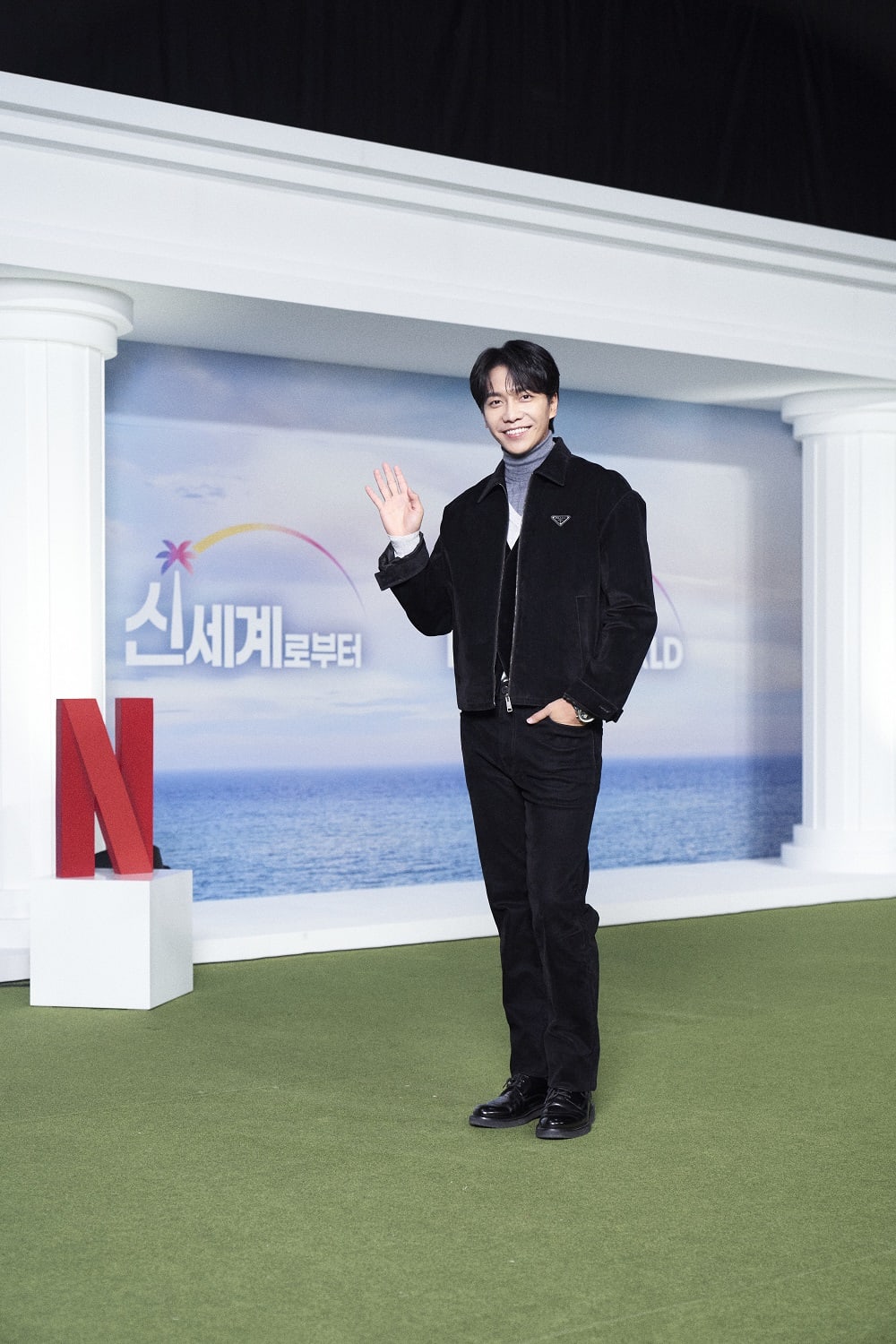 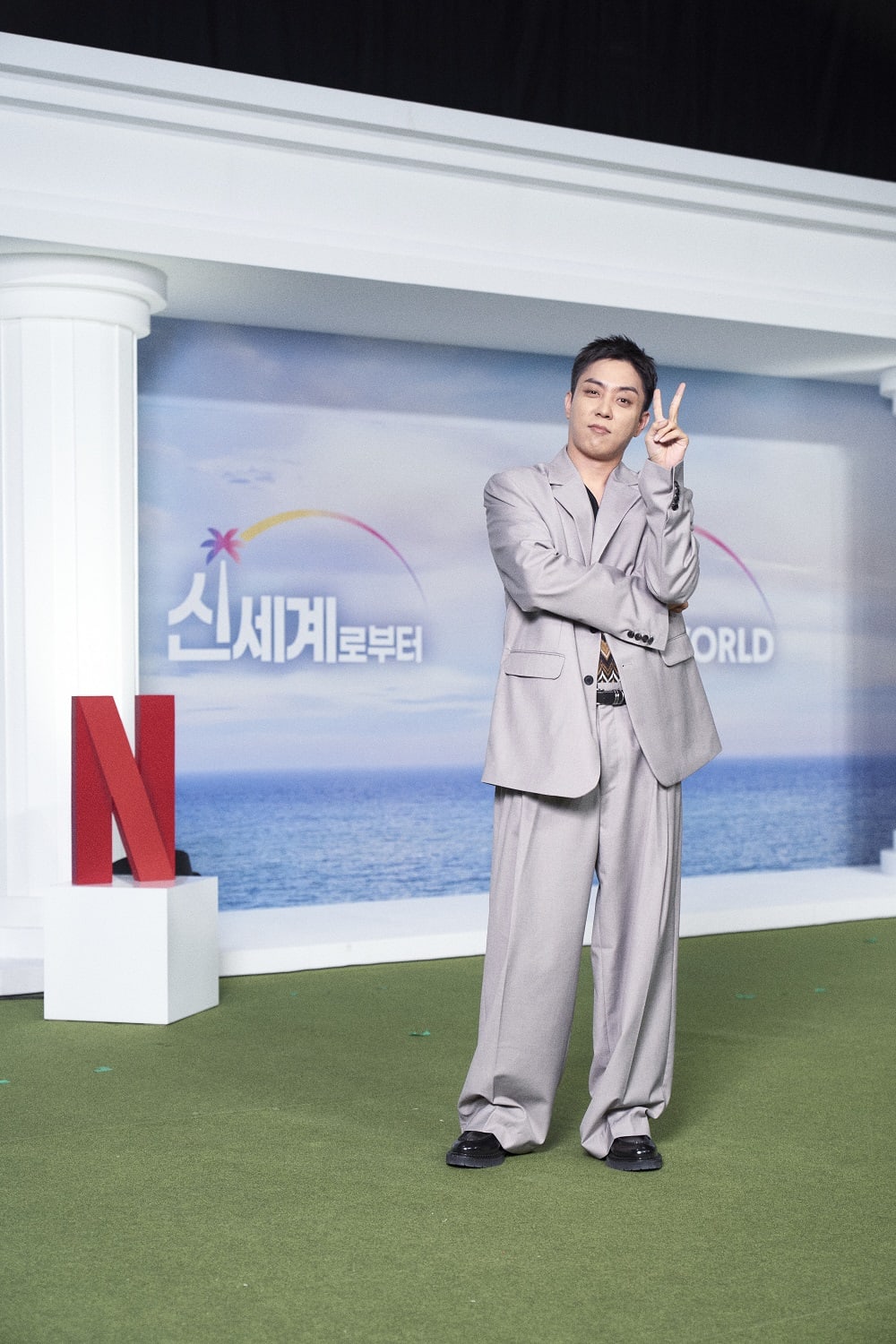 Meanwhile, EXO’s Kai shared that he had discovered new sides of his own personality while filming “New World.”

“I felt like this is a new kind of program that I’ve never seen before,” said Kai. “When I joined ‘New World,’ setting aside the fact that it was a variety show, it seemed like it would be so much fun. I thought that rather than simply participating in a variety show, I’d be able to experience a new side of myself in a new and different world. And while filming, there were actually times when I thought to myself, ‘Oh, so there was this kind of side to me as well.'” 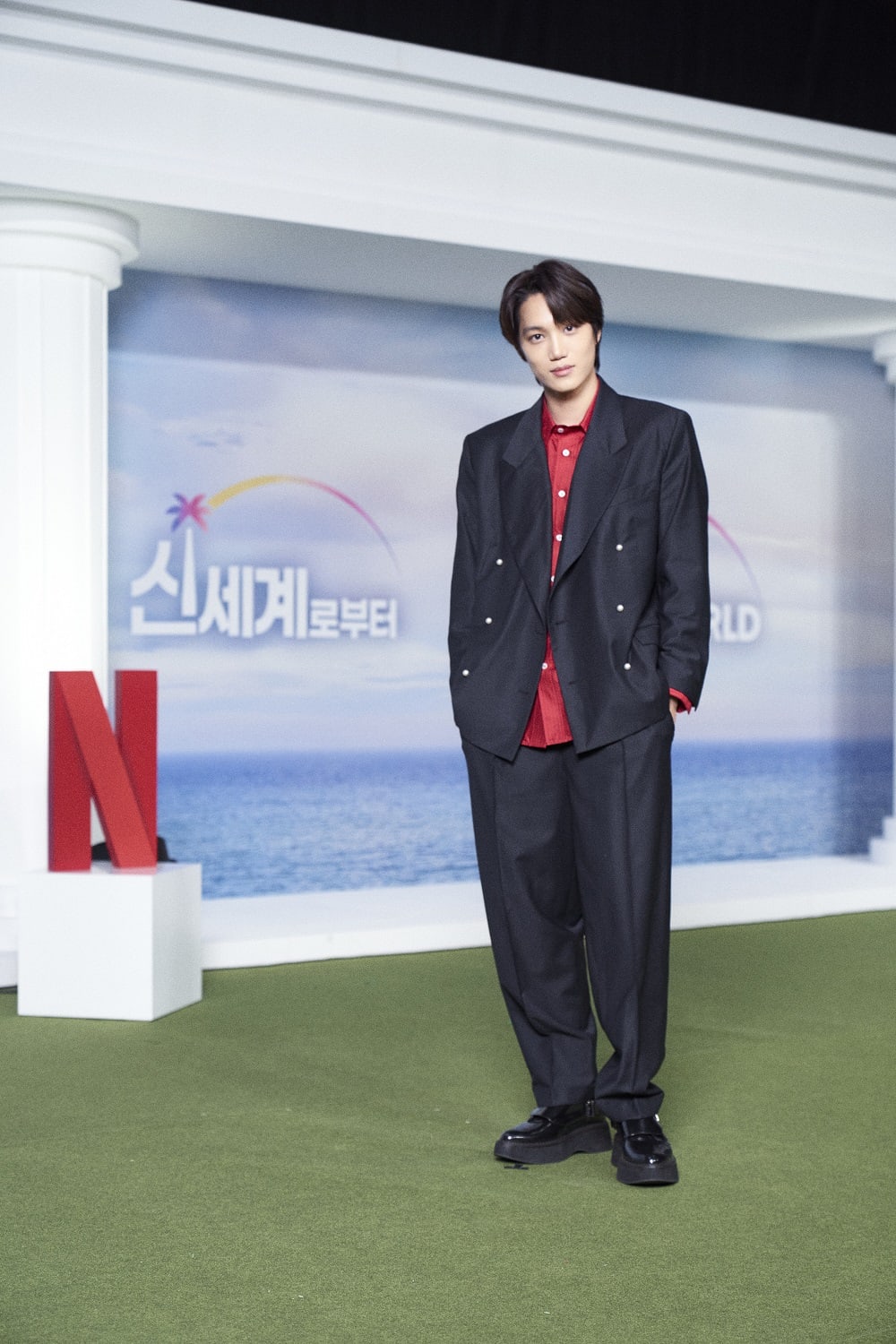 Park Na Rae remarked, “I’d been curious what kinds of things would happen if the members lived on an island for six days, but the things that happened exceeded my imagination.”

She went on to recall, “When I first met with the PD [producing director], I was asked, ‘If you were able to live freely in a new world that you had dreamed up, what kinds of things would you want to do?’ I replied, ‘But that would take a lot of money.’ They said, ‘Don’t worry about that. We’ll make all of it happen,’ which made my heart start racing.” 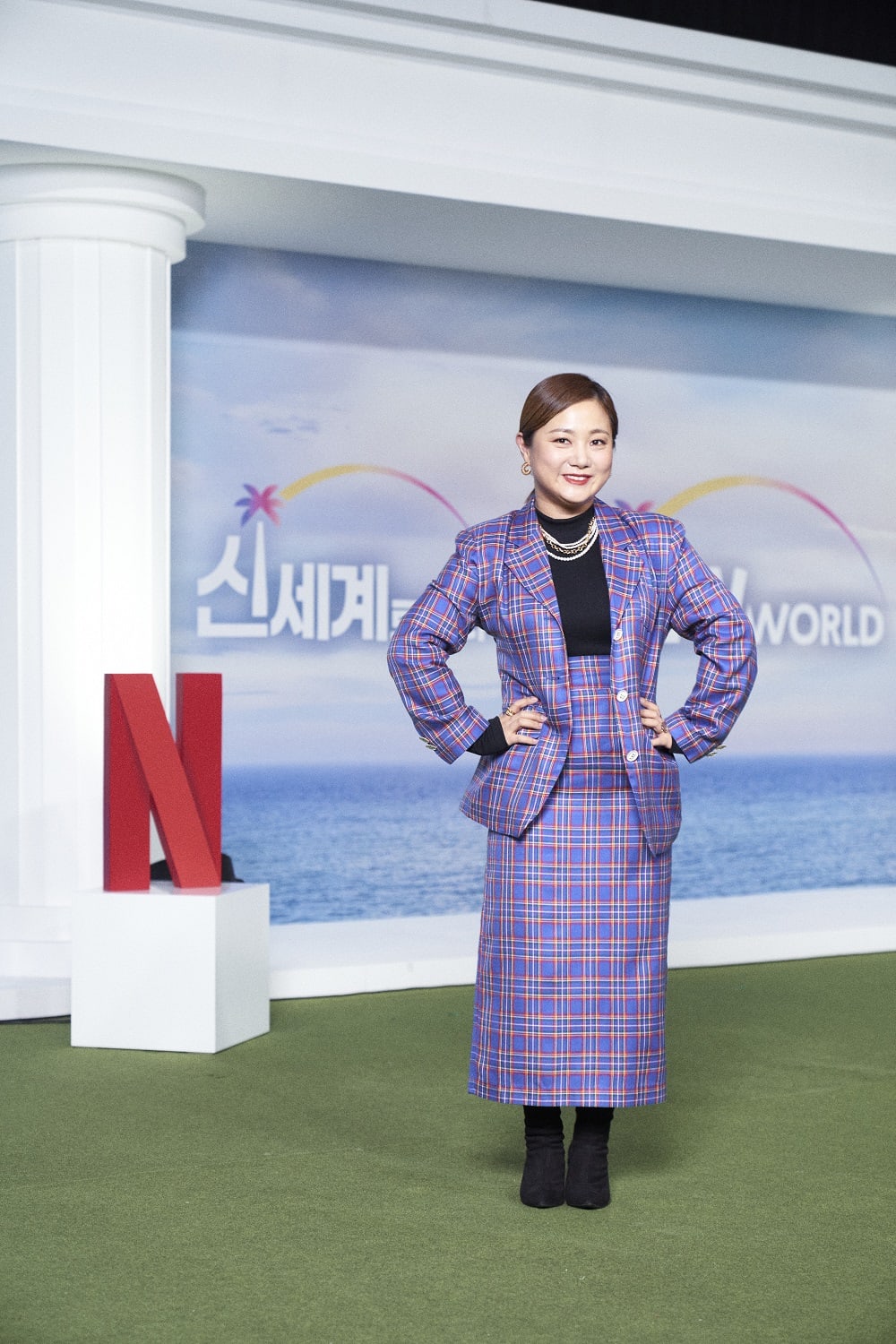 Heechul commented, “It was my first time filming somewhere without a roof, but the island was beautiful.”

He then noted that the production team had jokingly warned the cast that they were in for some surprises while watching the show, seemingly referring to the many betrayals that would be revealed on the program.

“While living together with the members for six days, we all became really close,” said Heechul. “But the ‘New World’ production team told us that after watching the show, we might not contact each other anymore. That made me so curious.” 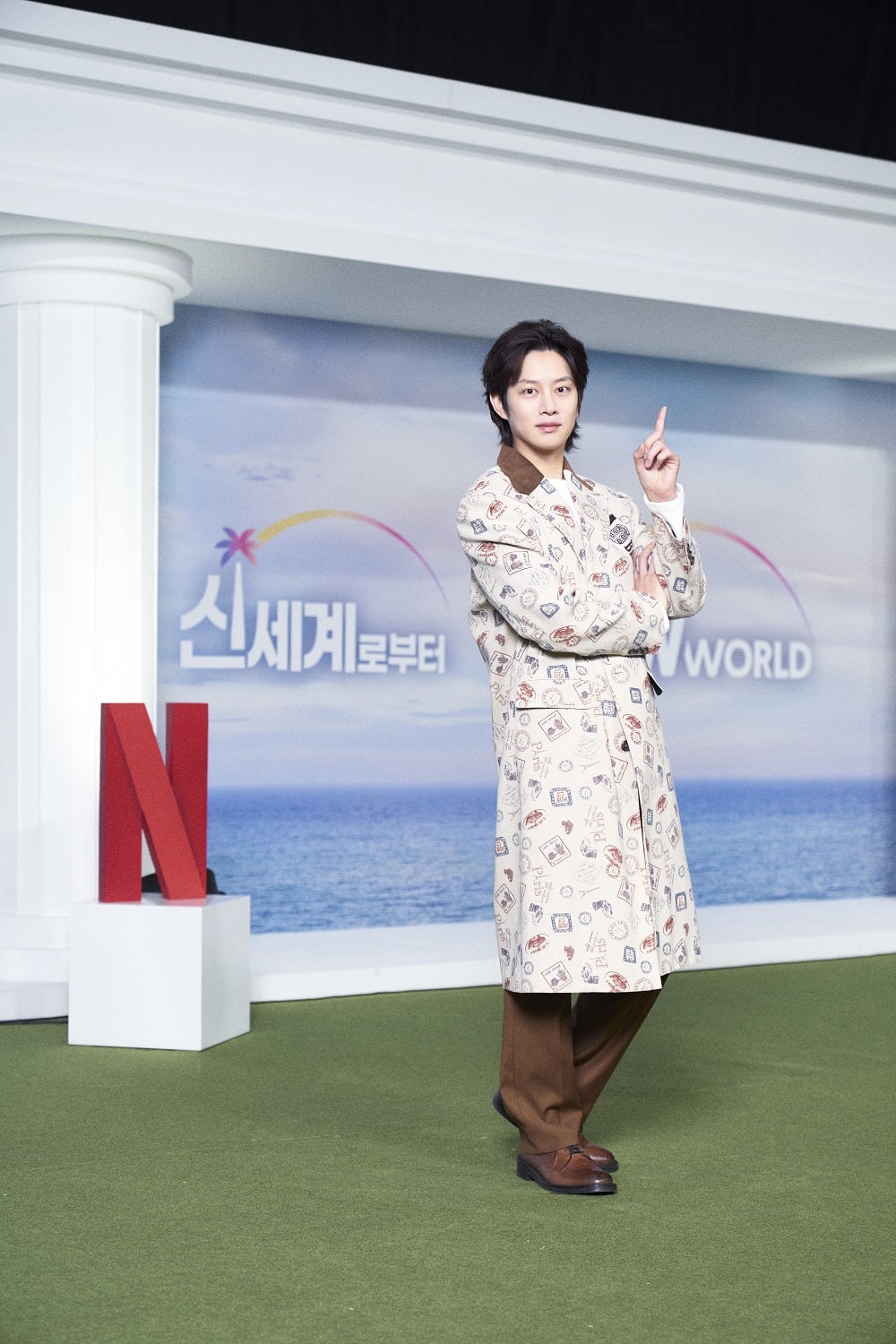 Jo Bo Ah jokingly confessed, “I’m really worried that my hidden side will be revealed.” Lee Seung Gi then interjected, “I don’t think it would have been this much fun if Bo Ah hadn’t been there.”

He went on to explain that she had played a major role in the show, even comparing her to the famous drama “Temptation of Wife.”

“I had the thought that in order to win a game, you needed Jo Bo Ah’s vote,” said Lee Seung Gi. “Unlike the Jo Bo Ah you’ve seen until now, she showed her ‘Temptation of Wife’-esque side. It was twist after twist.” 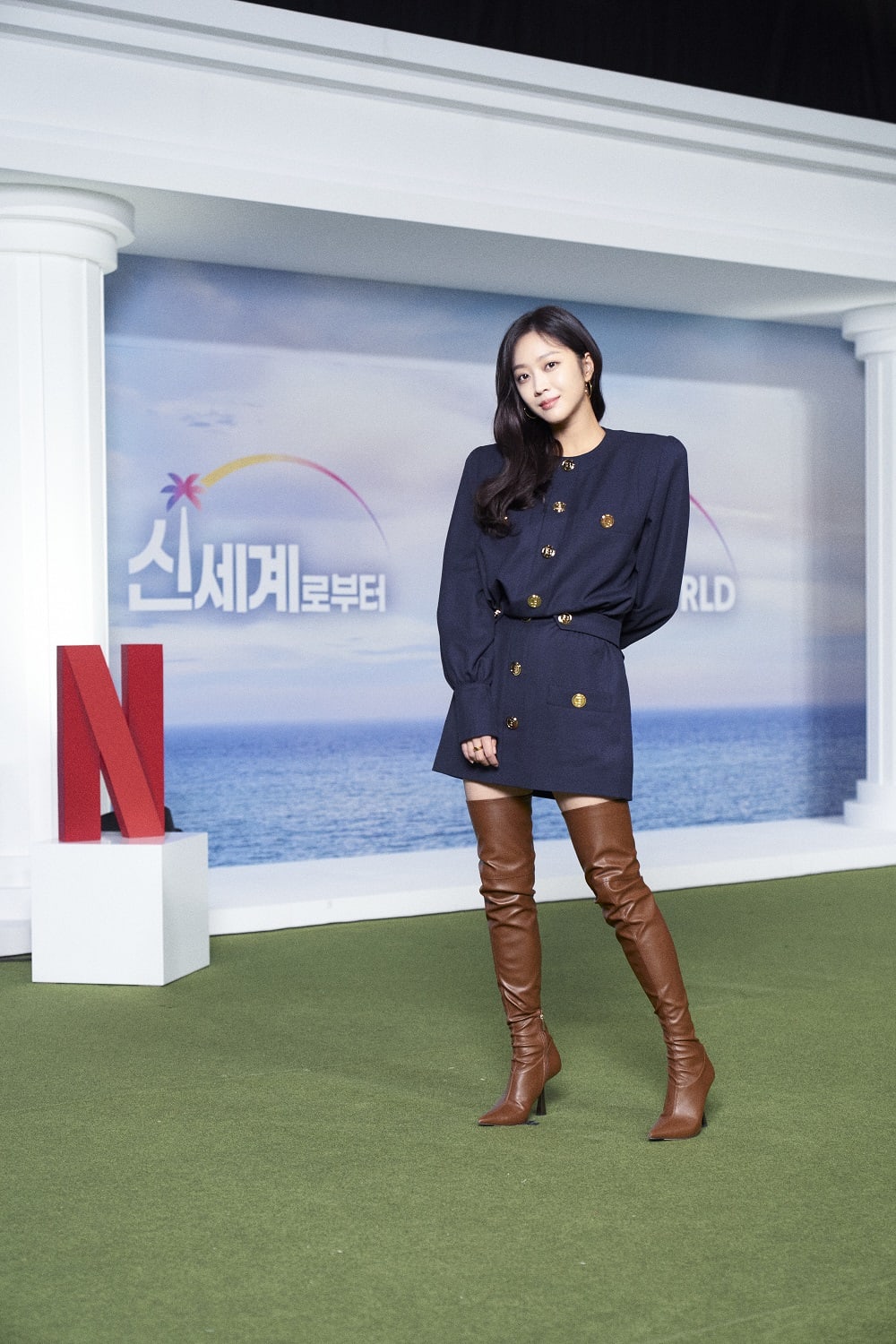 “New World” will premiere on November 20. Check out a trailer for the show here!

While you wait for “New World,” watch Lee Seung Gi in his variety show “Master in the House” with subtitles below: