SBS’s “Our Beloved Summer” is a romantic comedy that portrays the complicated feelings of a couple that broke up saying, “It was an awful time with you, let’s never meet again!” However, the documentary they filmed 10 years ago in high school suddenly gains popularity and they’re forced to be in front of the camera together once more.

Choi Woo Shik plays the free-spirited Choi Woong, a building illustrator. Although he was raised with everything one could ask for, he’s used to hiding his personal life and struggles to find a dream. Once he meets Guk Yeon Soo who is his complete opposite, he starts to experience a wide variety of new emotions. Kim Da Mi plays Guk Yeok Soo, a realist working as a PR specialist. As a student, Guk Yeon Soo was always at the top of her class and has now become well-recognized in her field. When she was younger, she had no trouble diving in headfirst if it led to success, but after dealing with the harsh reality of living as an adult, she’s developed various scars and a lot of emptiness.

The new stills tease Choi Woo Shik and Kim Da Mi’s great chemistry and leave viewers even more excited for the actors’ reunion in this realistic, youth romance drama. The photos depict their special relationship as a timeline. It starts in their youthful high school days, moves through to their romantic relationship, and ends with their confusing reunion as 29-year-olds.

In high school, Choi Woong, who is at the bottom of their class, and Guk Yeon Soo, who is at the top, meet as seat-mates. While Choi Woong is busy fooling around, Guk Yeon Soo focuses on her work, showcasing just how different this duo is. The next photo shows their changed feelings as they lovingly look upon each other. 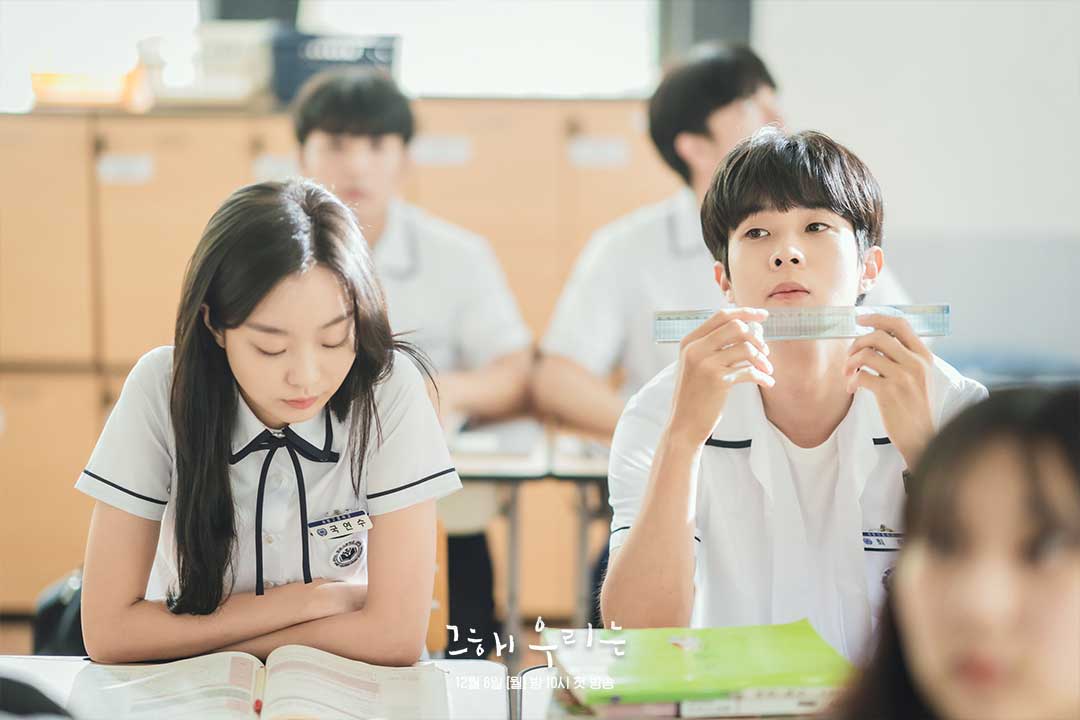 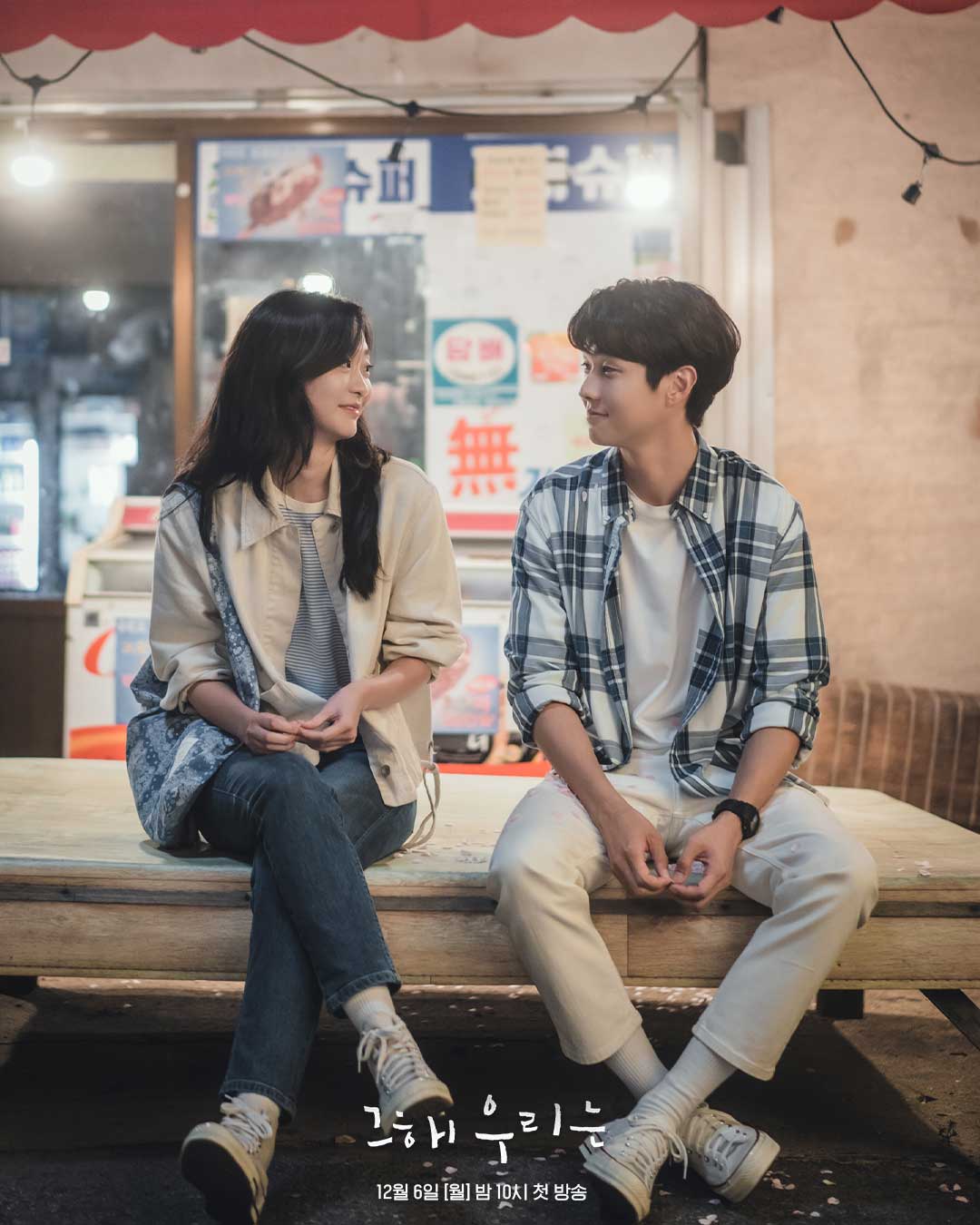 Although they were deep in love at one point, the third photo has an entirely different mood. It captures the solemn nature of what looks to be their break up as they look towards one another with serious expressions. 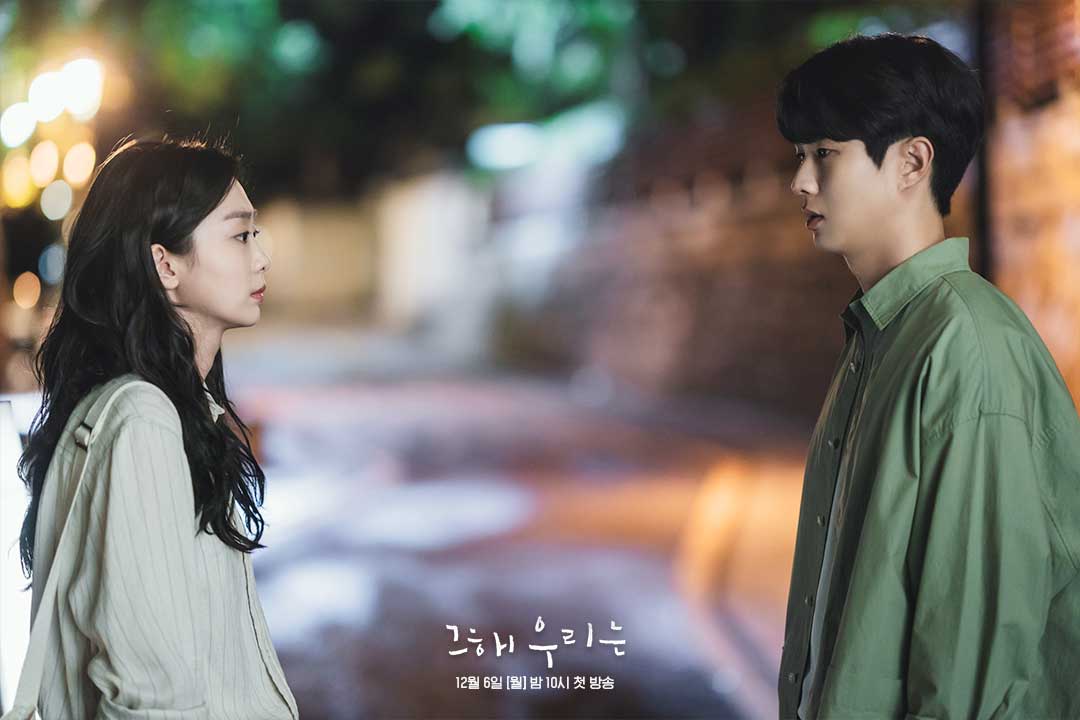 As they’ve ended their relationship, it seems as if they can never go back, but the final still features a confused Choi Woong as he finds Guk Yeon Soo waiting at his door. Since their reunion was so unpredictable, they both appear awkward and flustered, sparking curiosity about how their relationship is going to progress. 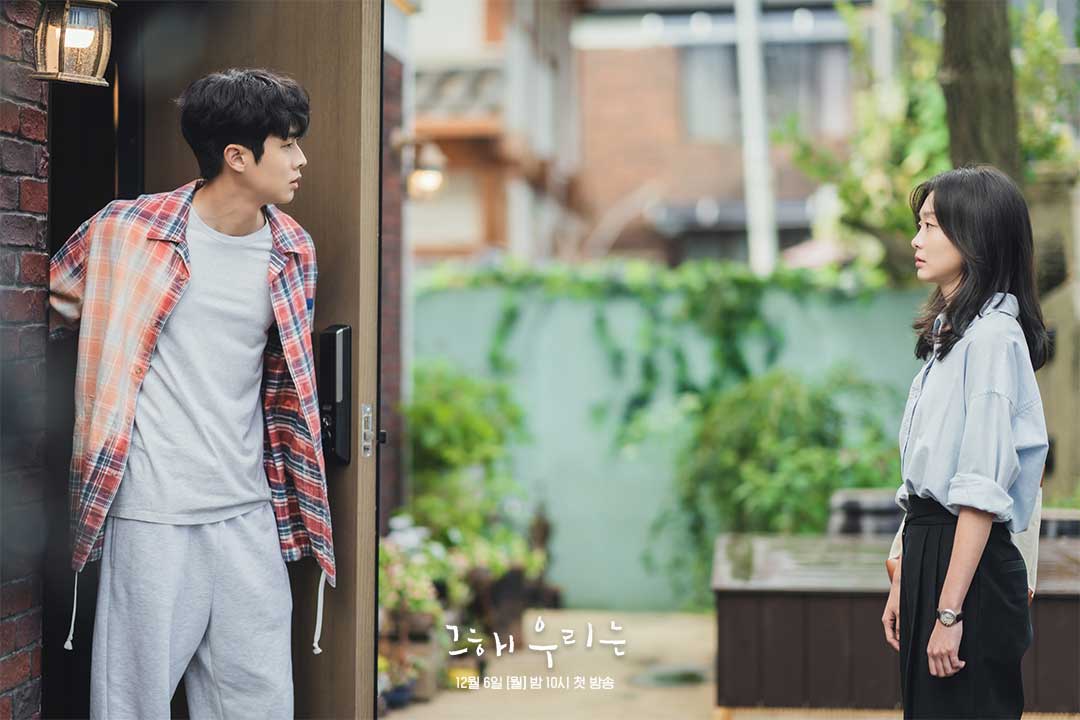 More than anything, fans are looking forward to seeing Choi Woo Shik and Kim Da Mi on screen together again, as the pair both starred in the 2018 film “The Witch: Subversion.” Choi Woo Shik commented, “It was so nice seeing Kim Da Mi again. In the film ‘The Witch: Subversion,’ our relationship was having to chase and be chased in order to kill each other, but in ‘Our Beloved Summer,’ we’re busy acting as a chaotic man and woman in a fight of love.”

He continued, “Even after our last project, I remained good friends with Kim Da Mi. This also became the reason I chose this project. Since we can talk about even the smallest things without hesitation, the set is that much more comfortable.”

Kim Da Mi shared, “I was looking forward to this as soon as I heard that Choi Woo Shik would be playing the role of Choi Woong. It was so great that we could act while comfortably discussing with one another on set. Although it was the same three years ago, I rely on him lots while working together now and it’s very fun.”

In the meantime, watch Choi Woo Shik in “My Fantastic Funeral” below: