Weki Meki Talks About New Album “I AM ME.” + Announces Kim Doyeon Will Sit Out Performances

Weki Meki has returned with their fifth mini album!

On November 18, Weki Meki held an online press conference for the release of their new mini album “I AM ME.”

Ahead of the press conference, Weki Meki’s agency Fantagio shared an update on Kim Doyeon’s wrist injury. According to the agency, a new medical examination led to the decision for her to sit out the group’s performances during their upcoming promotions.

Fantagio’s statement is as follows:

Hello. This is Fantagio.

We are making an announcement regarding Weki Meki’s Kim Doyeon’s absence from activities due to her wrist injury.

During an additional examination, it was confirmed that [Kim Doyeon] also had a fracture on the back of her hand. We were advised by her doctor that until she is completely recovered, she will need sufficient rest and should refrain from active movement. The expected recovery period is around four to six weeks.

After a discussion with the artist, we wanted to take into consideration Kim Doyeon’s wish to spend time with her fans. So at the end of our internal discussions, we ultimately decided to prioritize our artist’s health and have her only participate in activities she can do, such as fan signing events with her fellow members.

Therefore, for Kim Doyeon’s quick recovery and sufficient rest, she will not be participating in performance-related activities for the time being. If there are changes later as her condition improves, we will announce them through the schedule.

We ask for fans’ understanding, and we will do our best so that Kim Doyeon can greet fans in good health as soon as possible.

Please continue to give lots of support to Weki Meki’s Kim Doyeon in the future as well. Thank you.

Meanwhile, during the press conference, the group talked about how their hiatus of one year and one month leading up to this comeback had been the longest period of rest in their career. Regarding the long break, Ji Suyeon shared, “We wanted to show a more complete and polished image. We practiced really hard. We discussed with our agency how to create an album that better showcased Weki Meki’s charms, so I think [the rest period] grew longer. But we worked really hard in that time, so please look forward to it.”

Kim Doyeon, who participated in all of the planning for the album’s concept, explained, “I tried to capture the image that was most like Weki Meki. While the members’ charms were natural, I thought of it as the image of knowing how to love yourself as you are, and that looked pretty. I wanted to honestly tell our story. Especially because the members participated a lot in the [conception] of this album, I believe it showcases Weki Meki’s energy and color better than any other time.”

She added that the meaning of the album title “I AM ME.” was exactly what it meant on the surface, before continuing, “Given that, to the people who think they haven’t yet found their color or believe that they’ve lost their color, we wanted to convey the message that their current self is okay and enough.”

Kim Doyeon then shared, “The mood films were narrated by our members, and I thought it’d be good if they wrote how they personally felt, so I asked them to each [write their own narrations]. They wrote them so well, and I think it accurately portrayed the storyline I was thinking of.”

Ji Suyeon explained, “Rather than a bright image, I wanted to show a dark and profound side. I wrote the emotions I felt and phrases I liked in my notes, and they fit well with the narration topic.”

Sei chimed in, “I thought that capturing the members’ youth into an album was most like Weki Meki. I think of it as the most beautiful yet most worrisome time. However, in our mood films, I believe we were able to share the concerns and confused emotions we all experience in youth, as well as the feelings of hope that come from being together.” 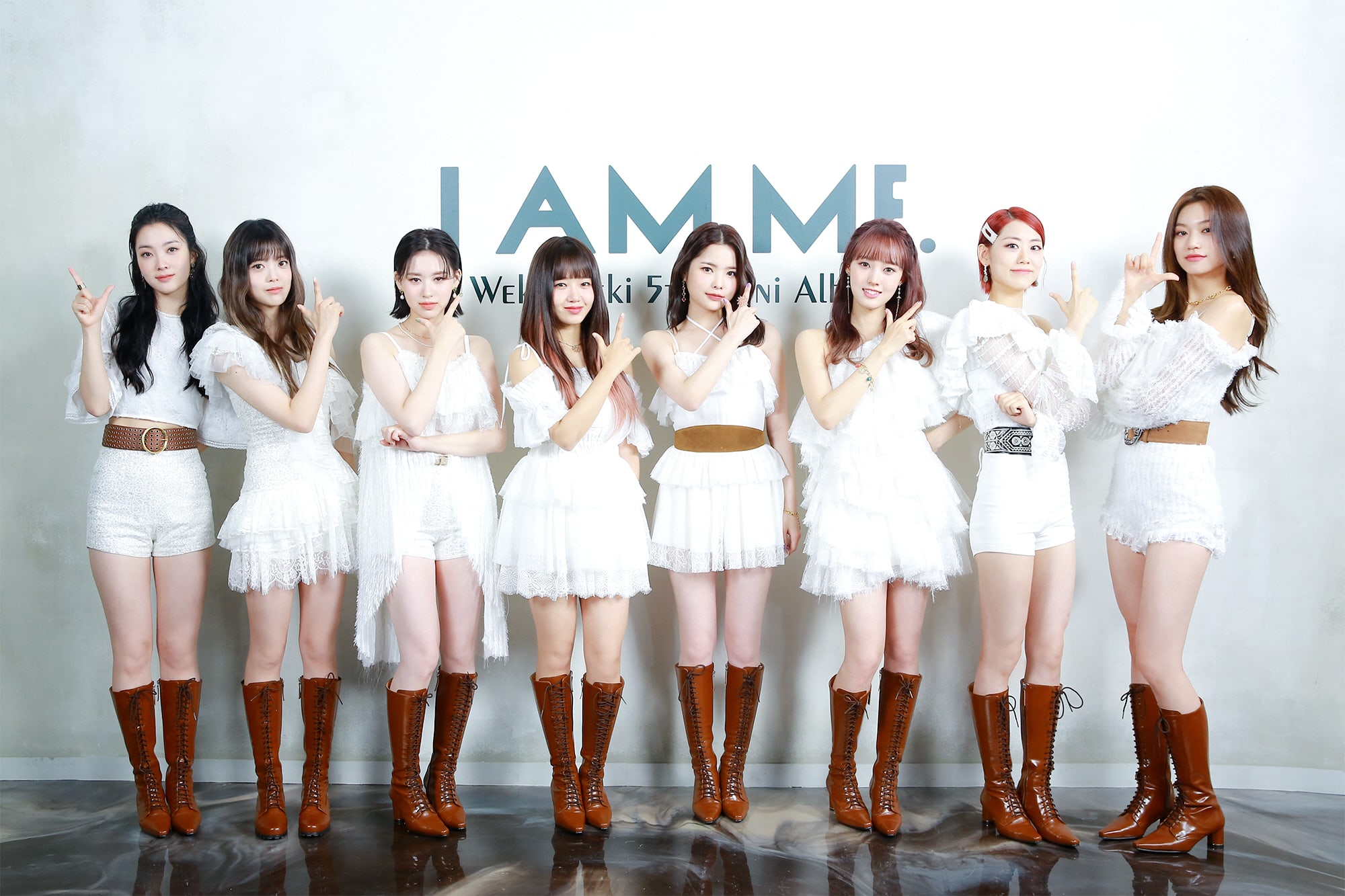 Regarding their new title track “Siesta,” Choi Yoojung commented, “‘Siesta’ means nap, or the time you nap. Just like naps give you energy in your everyday life, this is a song that contains Weki Meki’s dreams and wishes to wake up from a long nap and take a bigger leap.”

Lua added, “I think it’s a song in which we find our color. If you watch the video, we start off wearing white clothes, and then we slowly change into colorful clothing. I figure it’s a song that expresses our identity through color.”

Ji Suyeon also touched on their B-side track “One Day,” which she helped write. She commented, “‘One Day’ was the first time I oversaw the directing [for my members], but I was better able to catch each member’s unique vocal characteristics. If I write another song, I will try to distribute [the lines] well next time.”

The group also expressed their desires to participate more actively in the production of their upcoming albums as well. Choi Yoojung shared, “If the opportunity arises next time, I want to try participating in writing lyrics. I’ve always liked writing and poems, and I’m trying to write lyrics regularly too.” Sei added, “I also want to participate in writing lyrics. I want to try writing a fan song with Suyeon’s melody and my lyrics.”

Finally, Kim Doyeon commented, “Since we told our really honest stories in this album, we believe many people will be able to relate. I hope lots of people give us lots of love.”

Watch Choi Yoojung and Kim Doyeon in “Single & Ready to Mingle” below!