2PM’s Lee Junho and Lee Se Young will embark on a rescue mission in the next episode of “The Red Sleeve”!

Based on a novel, “The Red Sleeve” is a traditional historical drama that tells the record of an imperial court romance between a court lady named Seong Deok Im (Lee Se Young), who wanted to protect the life she had chosen, and emperor Yi San (Lee Junho), who put the nation first before love. The drama is based on the real historical figures King Jeongjo, the 22nd ruler of the Joseon dynasty (born under the name Yi San), and royal concubine Ui of the Seong clan (Seong Deok Im).

Yi San and Seong Deok Im got off on the wrong foot due to misunderstandings, but they gradually started to build a unique relationship that made viewers’ hearts flutter in anticipation for their budding romance. On the other hand, a violent tiger that was slaughtering people approached the palace with more than 500 court ladies. The second episode ended with Yi San asking Seong Deok Im to read a book in front of them, raising questions about what kind of plan he has for the tiger.

In newly released stills, Seong Dok Im stands in front of the other court ladies with her friends Kim Bok Yeon (Lee Min Ji), Bae Kyung Hee (Ha Yul Ri), and Son Young Hee (Lee Eun Saem). Seong Dok Im appears firm and bold, but this isn’t an easy task for her either. As she was asked to read a book by Yi San, viewers are keenly paying attention to how this will keep the court ladies safe from the tiger. 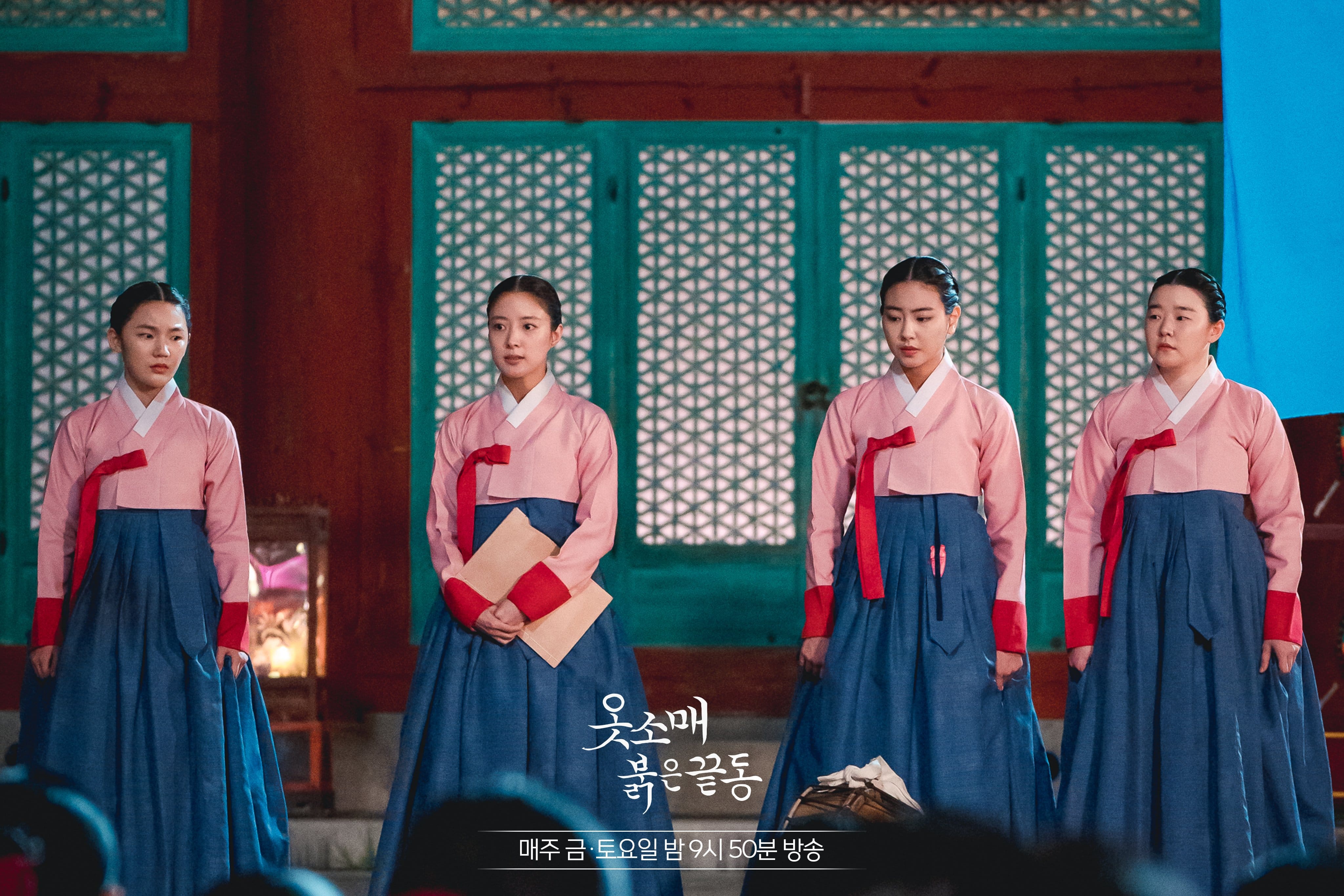 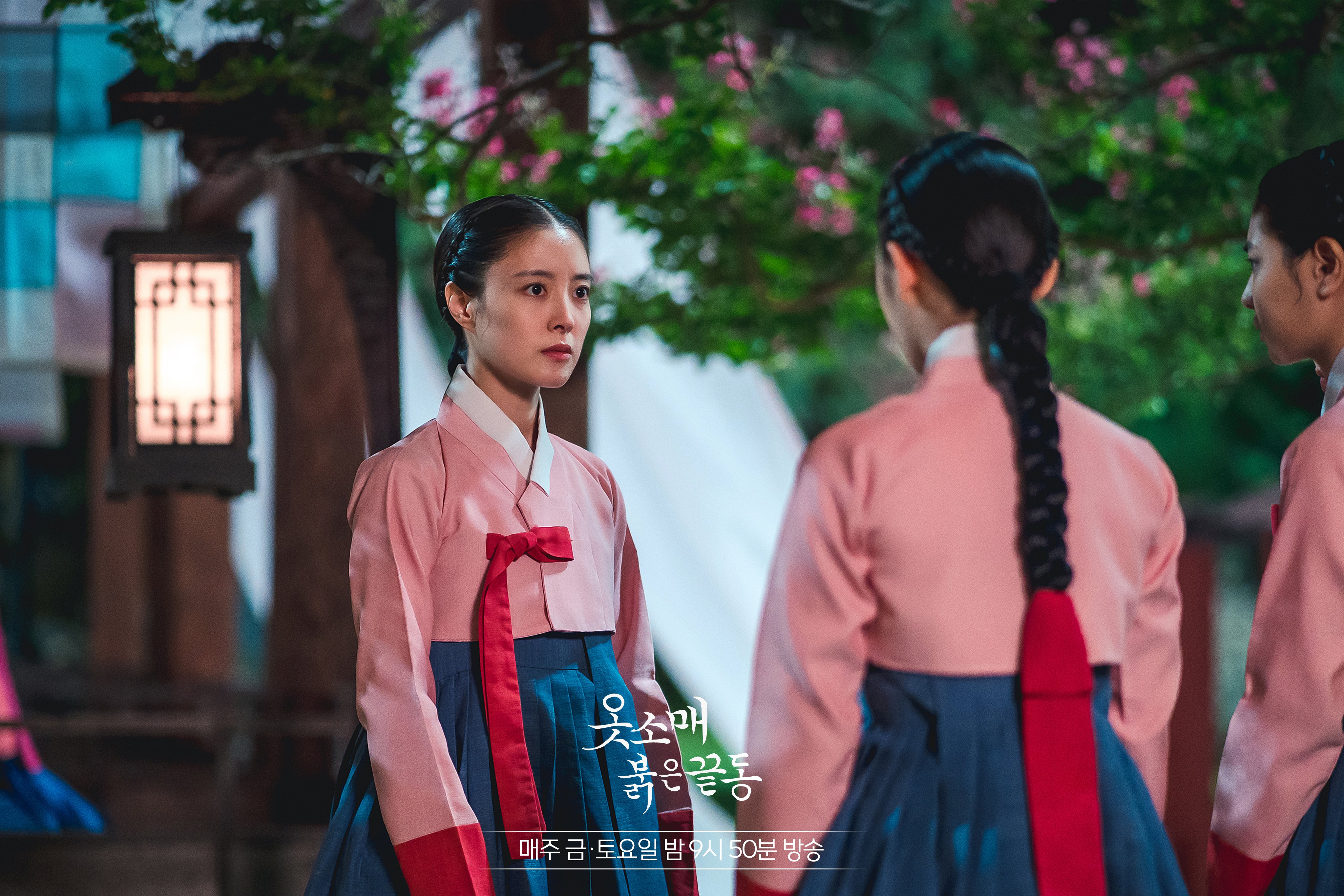 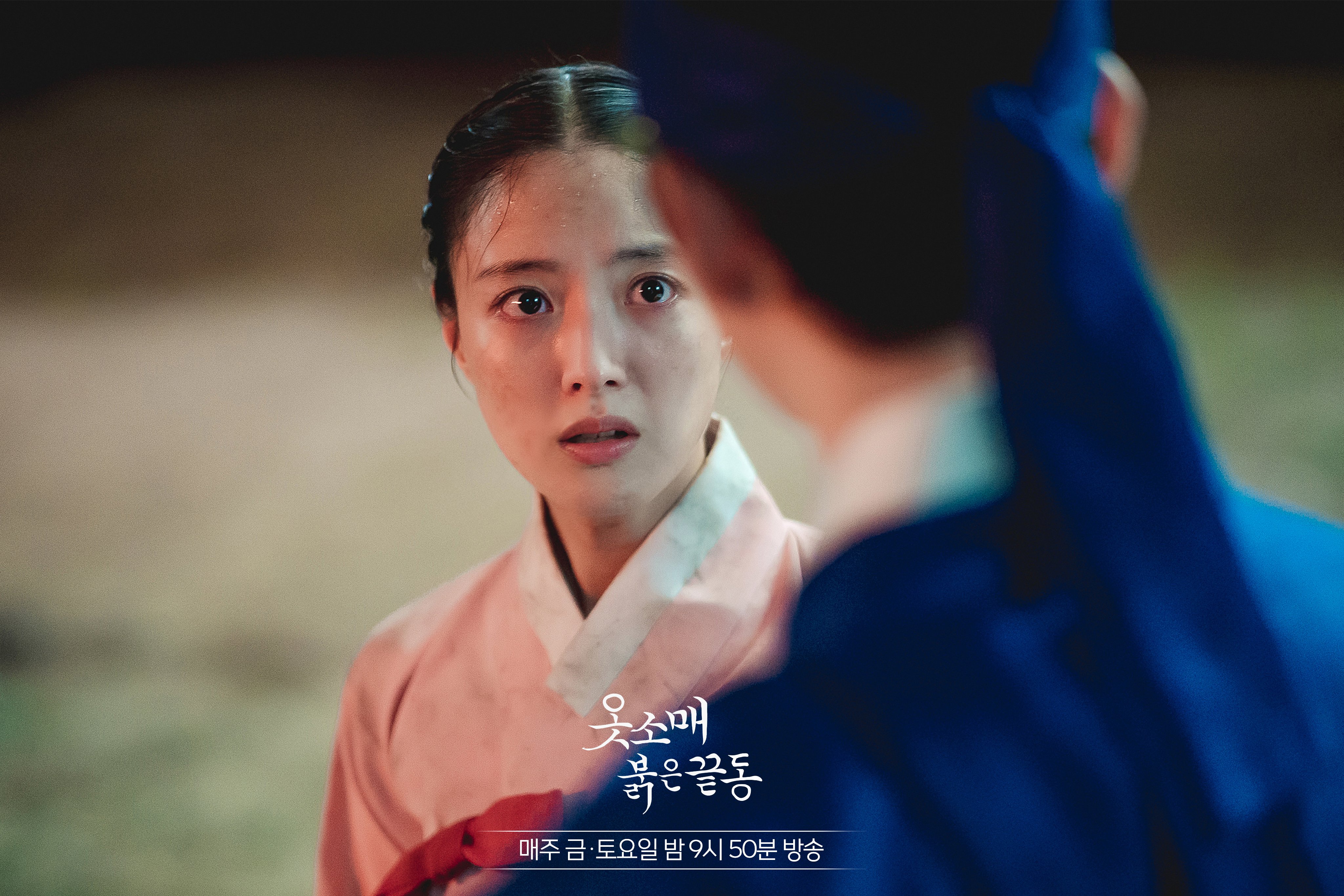 Meanwhile, Yi San is leading his bodyguard Kang Tae Ho (Oh Dae Hwan) and other soldiers to hunt for the tiger. Their solemn expressions and fiery torches that light up the petrifying darkness increase the tension in the atmosphere. Furthermore, Yi San’s eyes glint sharply as he lifts his bow to shoot an arrow at his target. Will Yi San and Seong Deok Im be able to protect the palace? 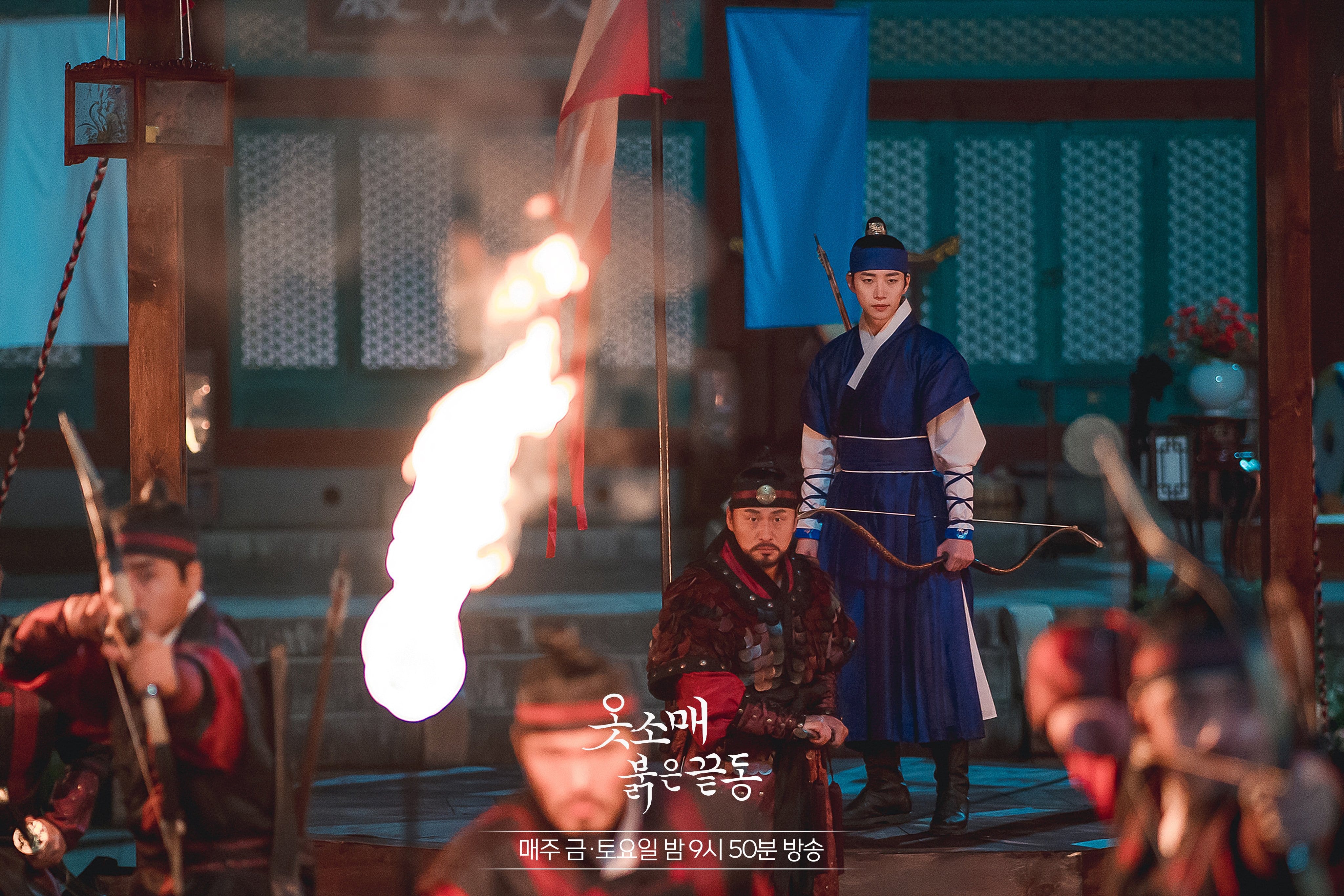 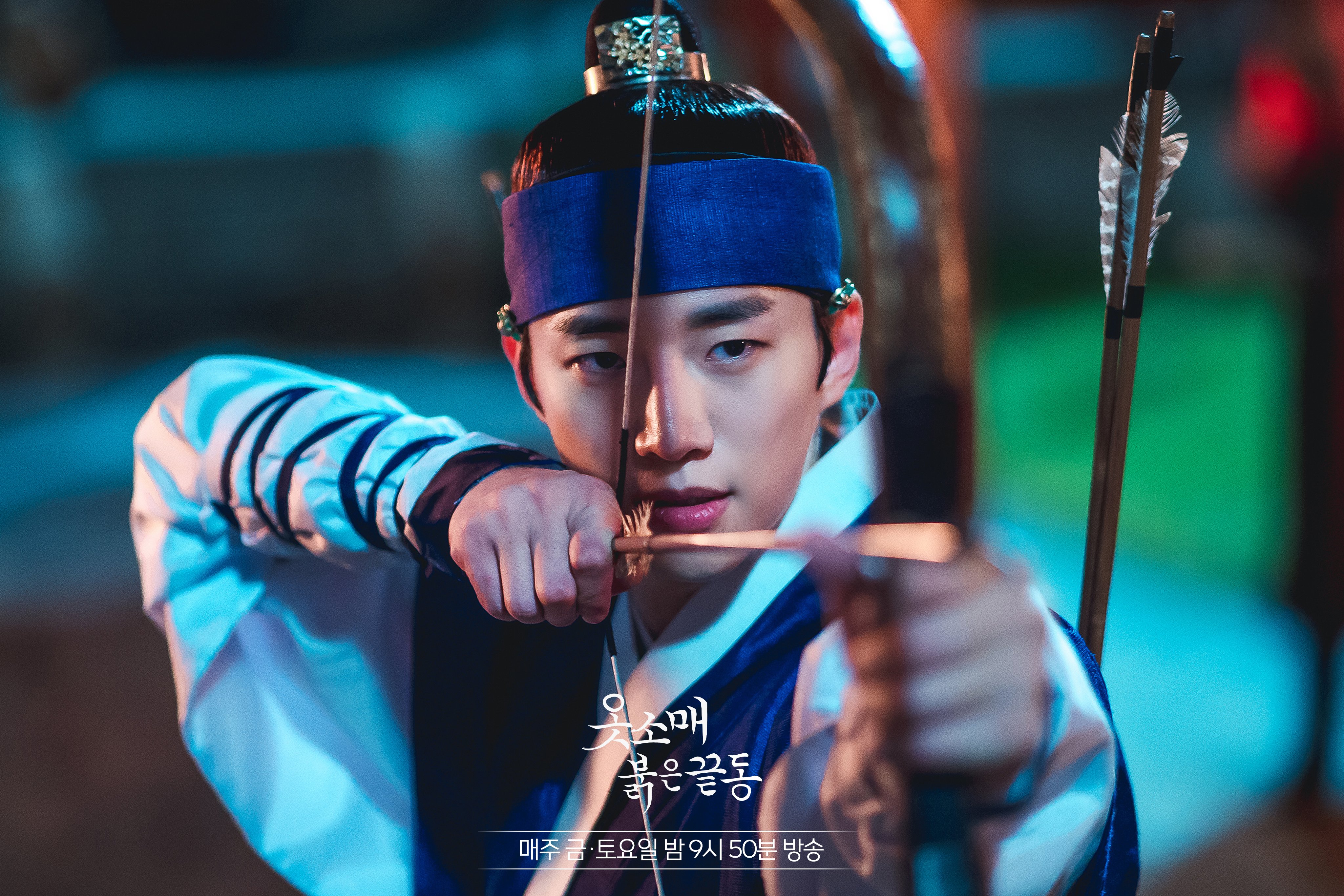