tvN’s “Jirisan” has shared new stills from the upcoming episode!

Penned by “Kingdom” writer Kim Eun Hee, tvN’s “Jirisan” is a mystery drama starring Jun Ji Hyun as Seo Yi Kang, a top ranger at Mount Jiri National Park, and Joo Ji Hoon as her rookie partner Kang Hyun Jo, who is hiding a supernatural secret. Together, the two rangers begin to uncover the truth behind mysterious accidents that occur on the mountain.

As Seo Yi Kang couldn’t go up the mountain herself, the rookie ranger Lee Da Won (Go Min Si) became her legs. A mysterious person wearing black gloves approached Lee Da Won, and judging from the “ranger” sign on their arm and the way she greeted them in a friendly manner, they’re one of her teammates.

It is becoming increasingly clear that the murderer they’re trying to find is actually someone close to them. New stills show the rangers working diligently to find the missing Lee Da Won. In particular, Seo Yi Gang’s expression is twisted with guilt and anxiousness because Lee Da Won disappeared while helping her. The playfulness is long gone from Jung Goo Young’s (Oh Jung Se’s) face, and he looks determined to find Lee Da Won. Police officer Kim Woong Soon (Jeon Suk Ho) also comes to the scene, hinting the seriousness of the situation. 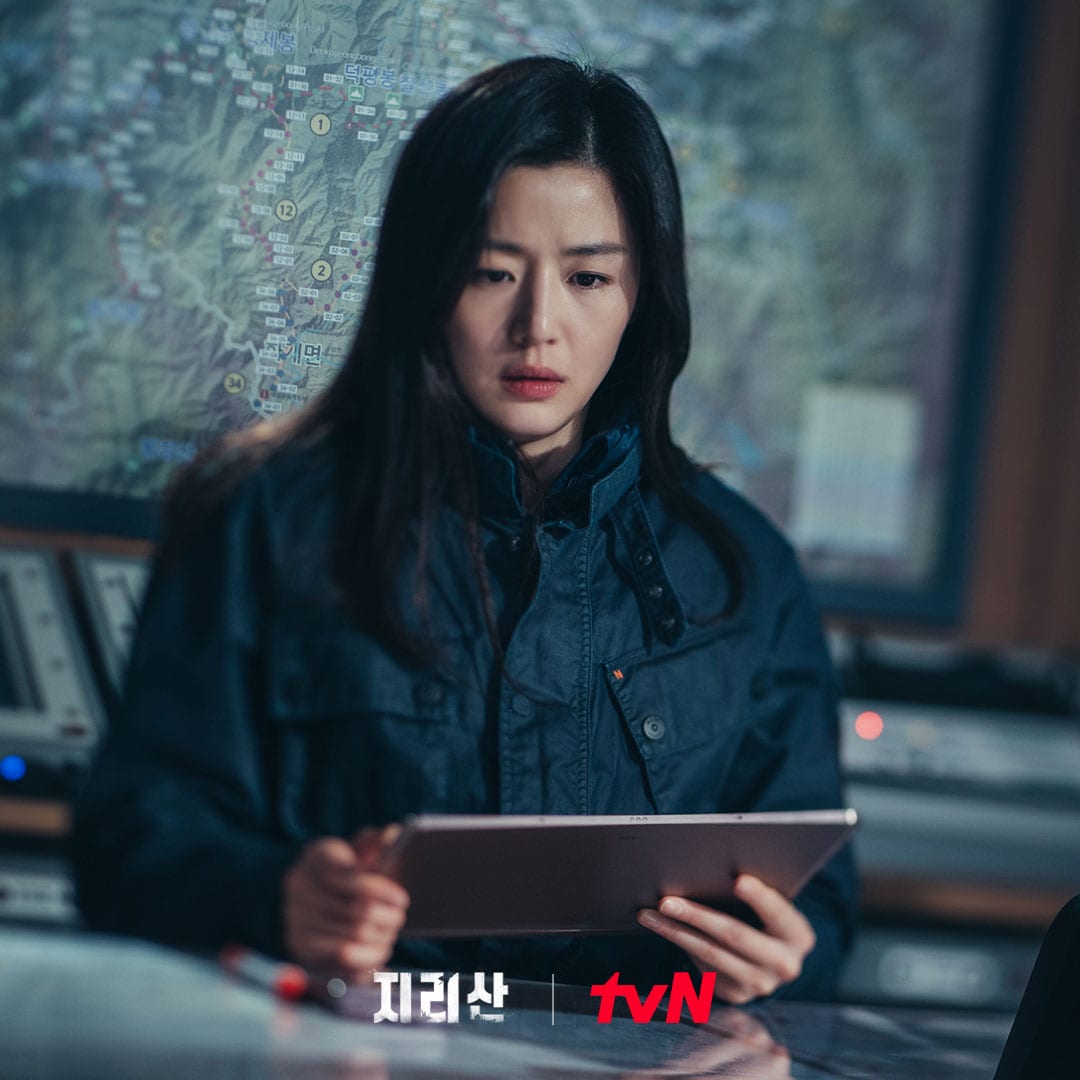 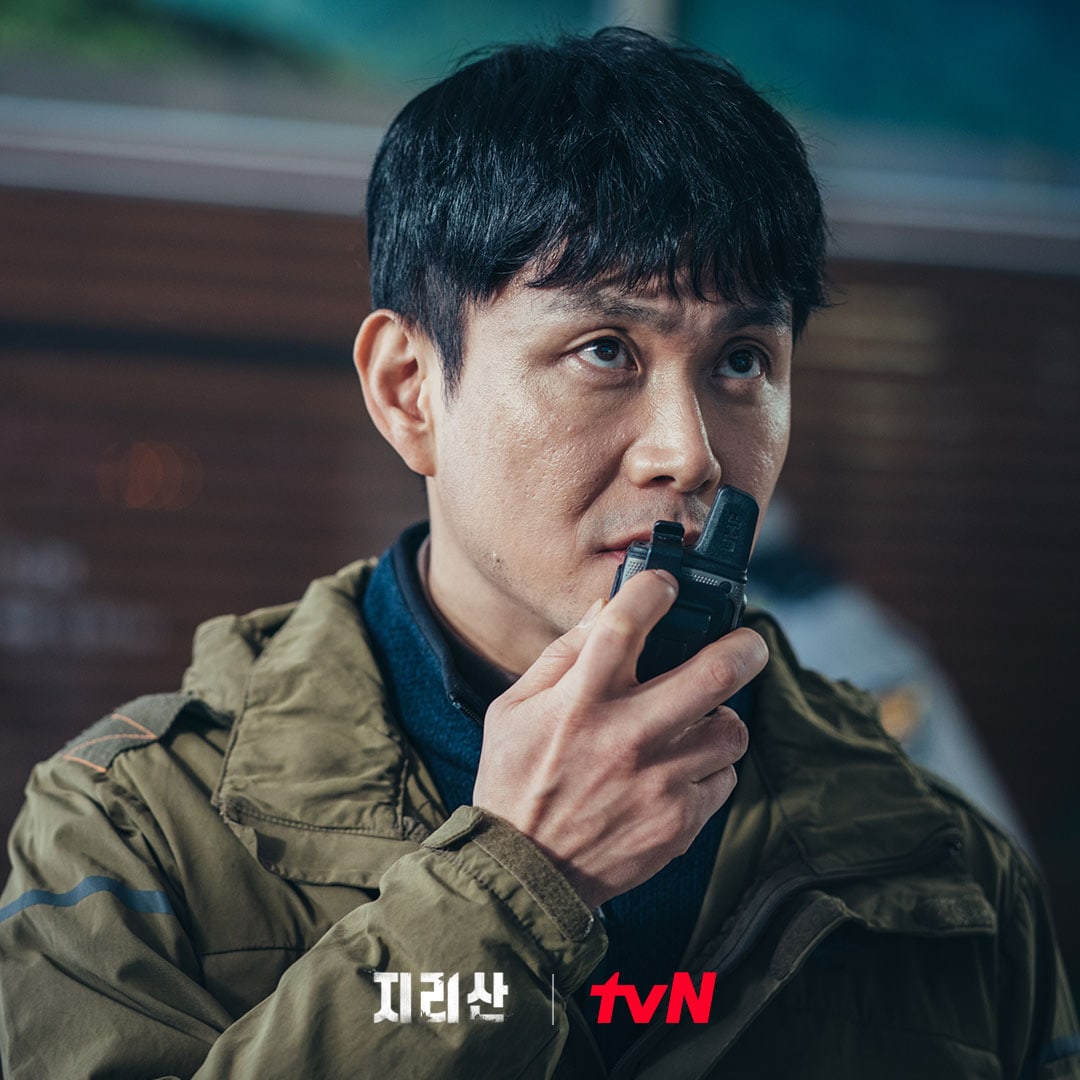 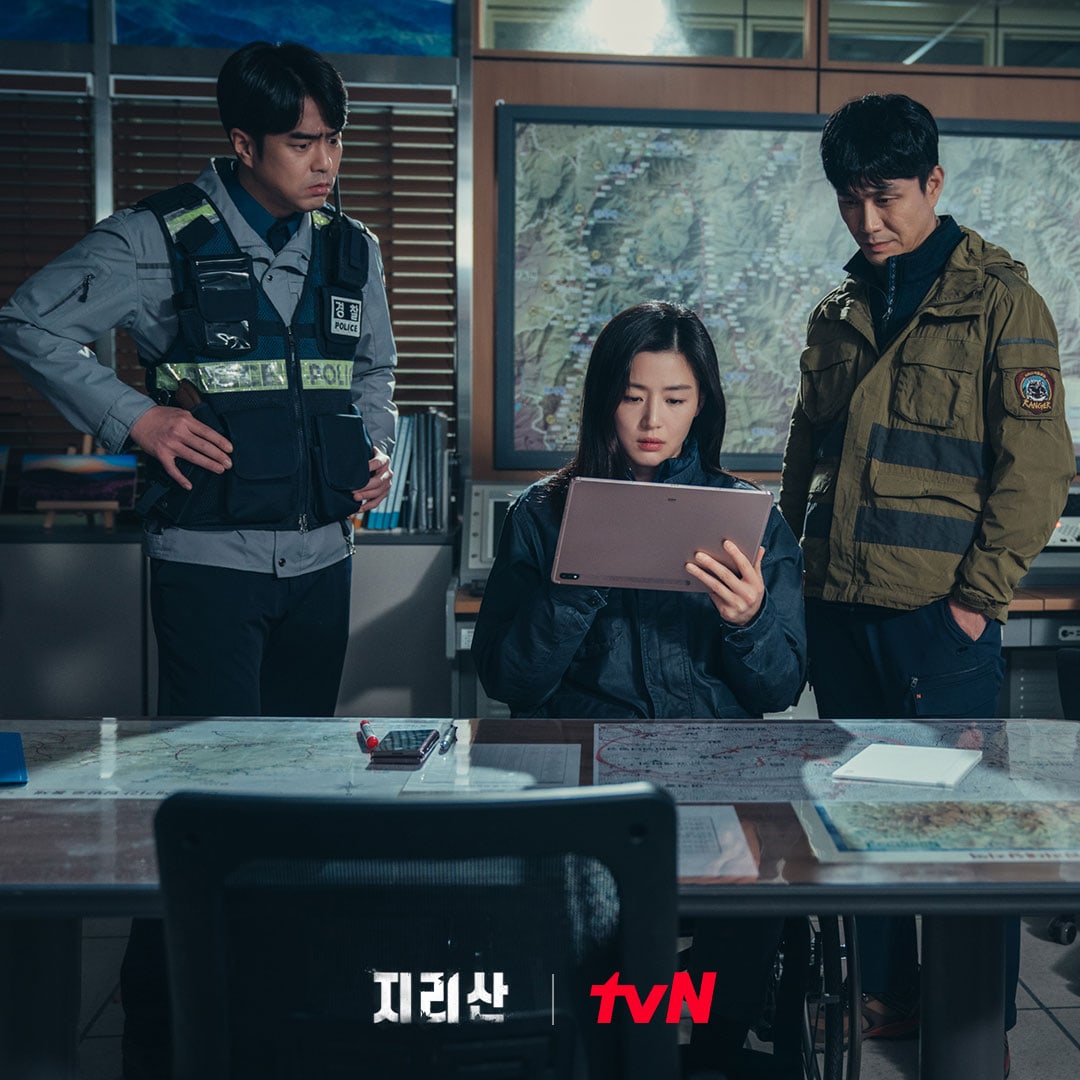 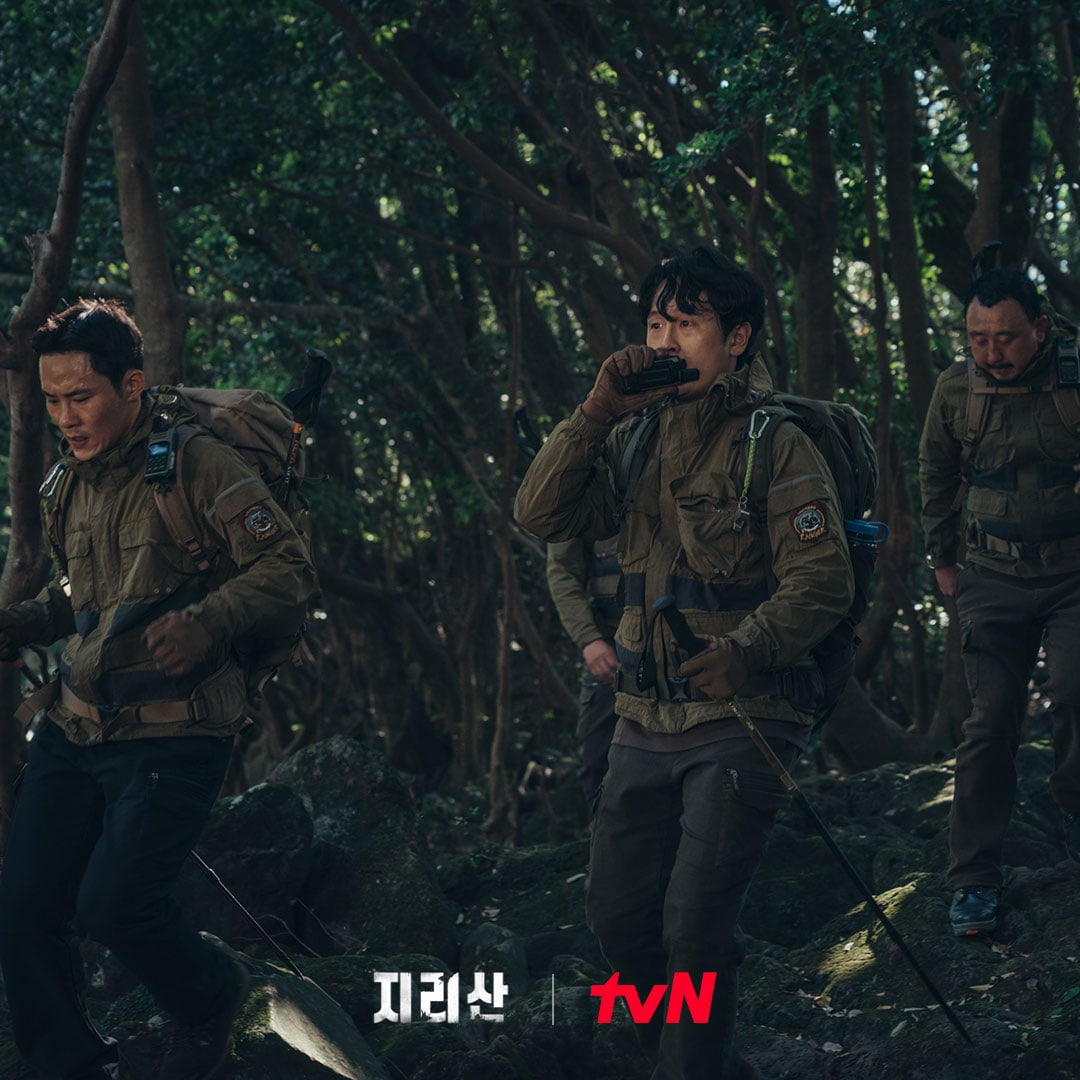 To find out if the rangers find Lee Da Won, tune in to the next episode of “Jirisan” on November 20 at 9 p.m. KST.