5 Reasons Why “The Red Sleeve” Is Stealing Viewers’ Hearts

MBC’s “The Red Sleeve” is being praised as a must-watch historical drama!

“The Red Sleeve” is about the imperial romance between crown prince Yi San (played by 2PM’s Lee Junho), who later becomes emperor, and the strong-willed court lady Seong Deok Im (played by Lee Se Young). The drama’s latest episode achieved its highest ratings yet, and the drama also became the No. 1 buzzworthy drama for the second week of November.

Below are five reasons why “The Red Sleeve” is captivating viewers!

“The Red Sleeve” pulled viewers in from the beginning with its creative spin on the story of real-life historical figures King Jeongjo, the 22nd ruler of the Joseon dynasty (born under the name Yi San), and royal concubine Ui of the Seong clan (Seong Deok Im). The first episode portrayed the short encounter between young Yi San and young Seong Deok Im as well as the pressure Yi San had to endure as the son of Crown Prince Sado (Do Sang Woo) and grandson of King Yeongjo (Lee Deok Hwa). The young Seong Deok Im comforted the tormented young Yi San and marked the beginning of a fated romance that would unfold in the future. In the second episode, Yi San and Seong Deok Im reunited as adults, and Yi San began to interact with Seong Deok Im while hiding his status as the eldest son of the Crown Prince. 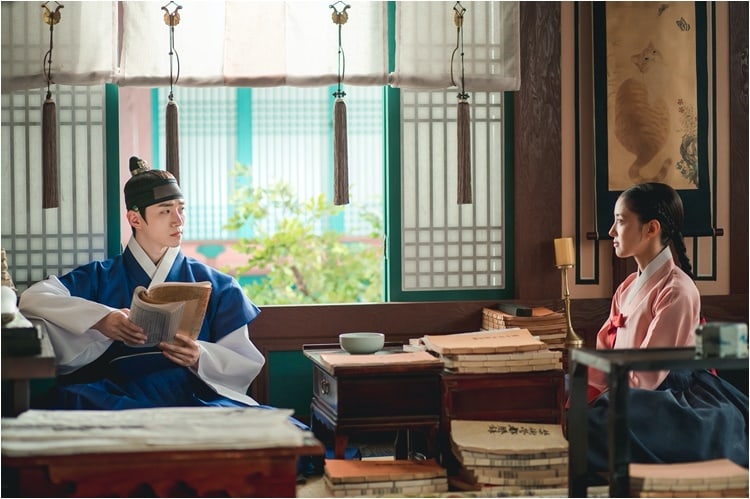 Lee Junho and Lee Se Young have caught the audience’s eye with their acting that befits a historical drama. Lee Junho is capturing hearts with his charming looks, smooth voice, and clear diction, while Lee Se Young impresses with her elegant appearance and versatile acting abilities. The two of them have fun, youthful chemistry when they have little squabbles, but when they share their real feelings with each other, they create a romantic atmosphere. Episode 2 came to an end with a moment of tension and romance, leaving viewers wondering how their relationship and the story will unfold. 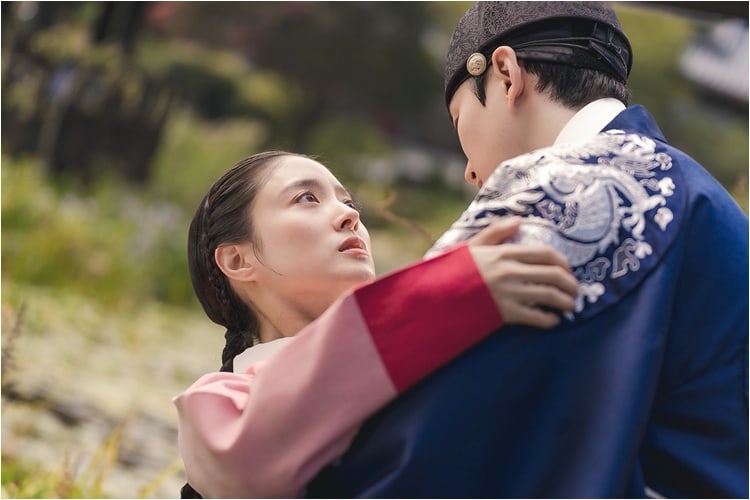 As it’s MBC’s first historical drama in two years, the art directors have gone all out for “The Red Sleeve.” The vibrant yet refined costumes are created using high quality textiles, and the rich textures accentuate the beauty of the hanbok. The high winged caps that are representative of the late Joseon era, the braided hairdo done by court ladies, and other details in the props and costumes are successfully appealing to fans of historical dramas. Scenes such as the court ladies’ festival in episode 2 are providing visual entertainment through their beautiful art, costumes, and hair. 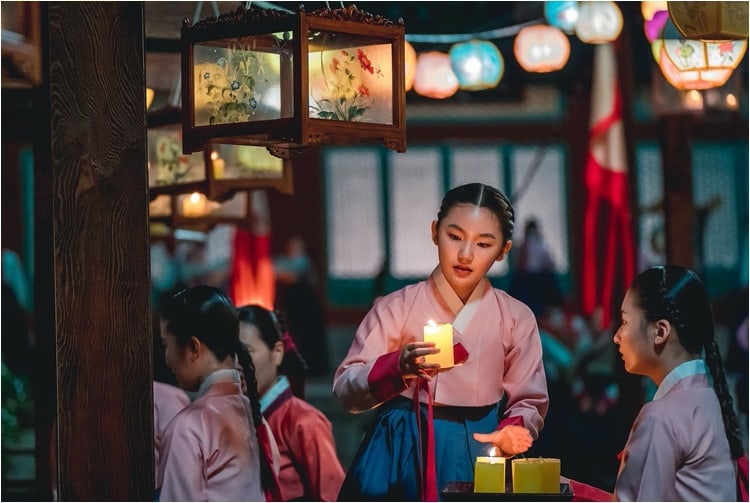 Following the drama’s broadcasts, netizens took to the internet to praise the music director. Music director No Hyung Woo, who has experience working on music for various films and dramas, created the lavish music in collaboration with various orchestra musicians. Viewers have been sharing that the harmonious mix of traditional and modern elements in the music is amplifying the drama’s soft emotions.