Watch: Lee Do Hyun Brings Laughter To The Set Of “Melancholia” With His Natural Humor

tvN’s new drama “Melancholia” has revealed a behind-the-scenes video of episodes 3 and 4!

The video begins with Lee Do Hyun and Im Soo Jung filming a scene outdoors. Lee Do Hyun catches a mosquito, but he says, “I’ll let you live,” and lets it go. Im Soo Jung agrees by saying, “Don’t kill.”

Im Soo Jung motions with her arm to indicate the direction they have to look, and the camera director laughs as Lee Do Hyun copies her arm motion and they move in sync. 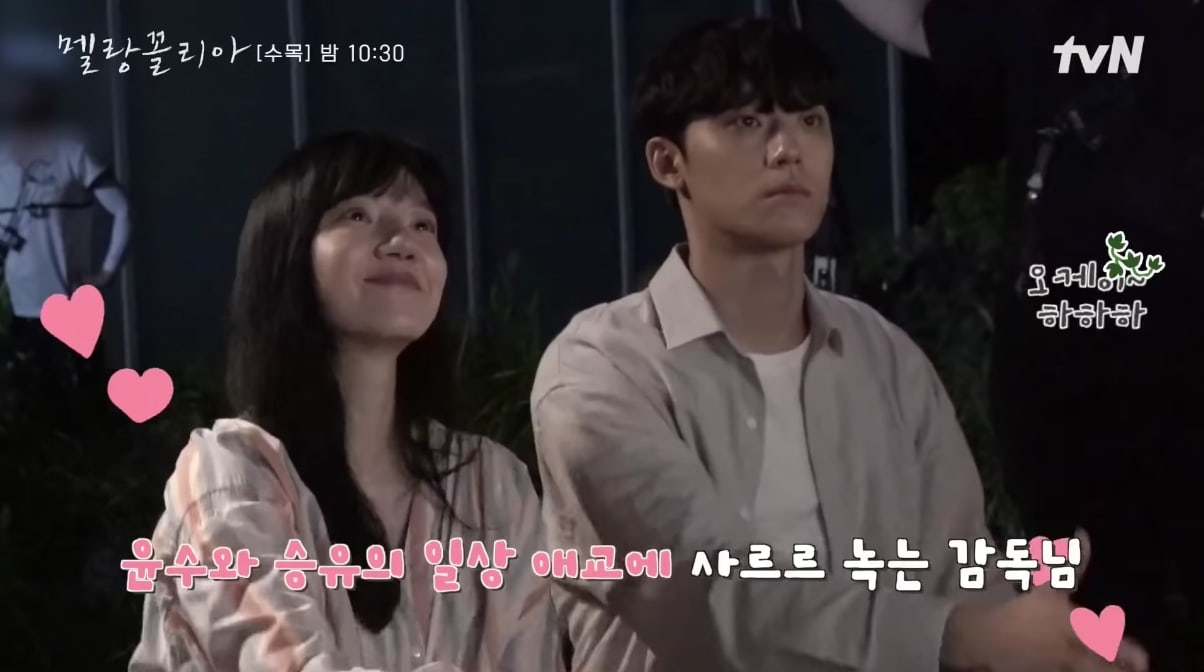 The scene has the pair listening to music through earphones, and Lee Do Hyun reveals that the music playing is actually the default music that comes loaded in the phone. He tries to express the song with his movements and describes it as spacious and fun. “I don’t know what song they’ll play in that part in the broadcast,” he shares.

A short clip in the middle shows Lee Do Hyun taking pictures and enjoying his time at an art gallery. He says, “I never really had much interest in art galleries. But I think it’s somewhat marvelous and touching. Isn’t it cool?”

Byun Jung Soo, who plays the top actress Yoo Hye Mi, appears at the airport in an extravagant outfit and gets jealous of Lee Do Hyun’s simple clothing. After hearing that they wrapped up filming late the previous day, Byun Jung Soo says to the director, “Let them live! They’re doing a good job.” Flustered, the director comments, “We don’t film that much. Right?” and looks to Im Soo Jung. Im Soo Jung shares, “The director doesn’t do that many takes,” but she also winks at Byun Jung Soo. 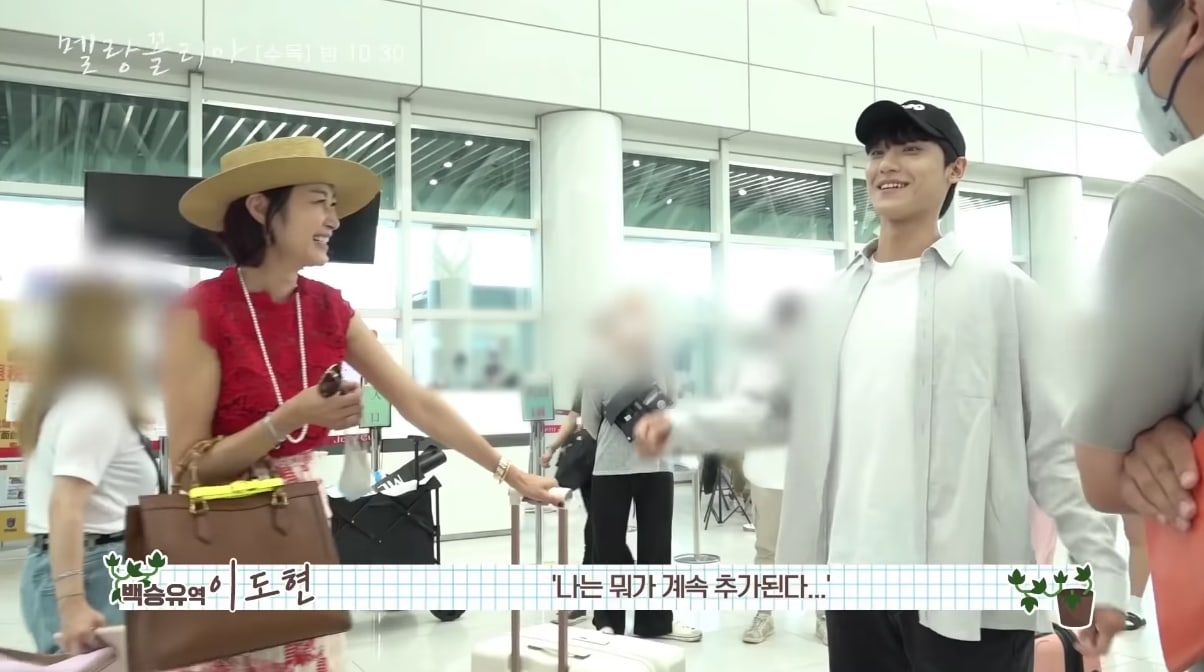 Next, Lee Do Hyun and Im Soo Jung shoot a romantic scene where Im Soo Jung’s character leans on Lee Do Hyun’s shoulder as she dozes off. They get playful as they look for the right angle for the camera. Woo Davi, who plays Yoo Hye Mi’s daughter Sung Ye Rin, acts out the scene where she takes a picture of the pair, and Byun Jung Soo showers her with praises. Woo Davi shares that she was nervous and worried about acting with the senior actors, but she reveals that the actors and director are creating a comfortable atmosphere and teaching her a lot.

Behind the scenes of the Youth Mathematics Speech Competition, Lee Do Hyun praises Woo Davi for her speech, saying, “Mine was in Korean, so it was okay. But hers was in English, so that had me worried for her, but she was good at it. She had good pronunciation.” He adds, “I stumbled over my words so many times. I stumbled a bit in front of the senior actors.” They explain that they had to practice their speeches for a long time because they were so difficult. 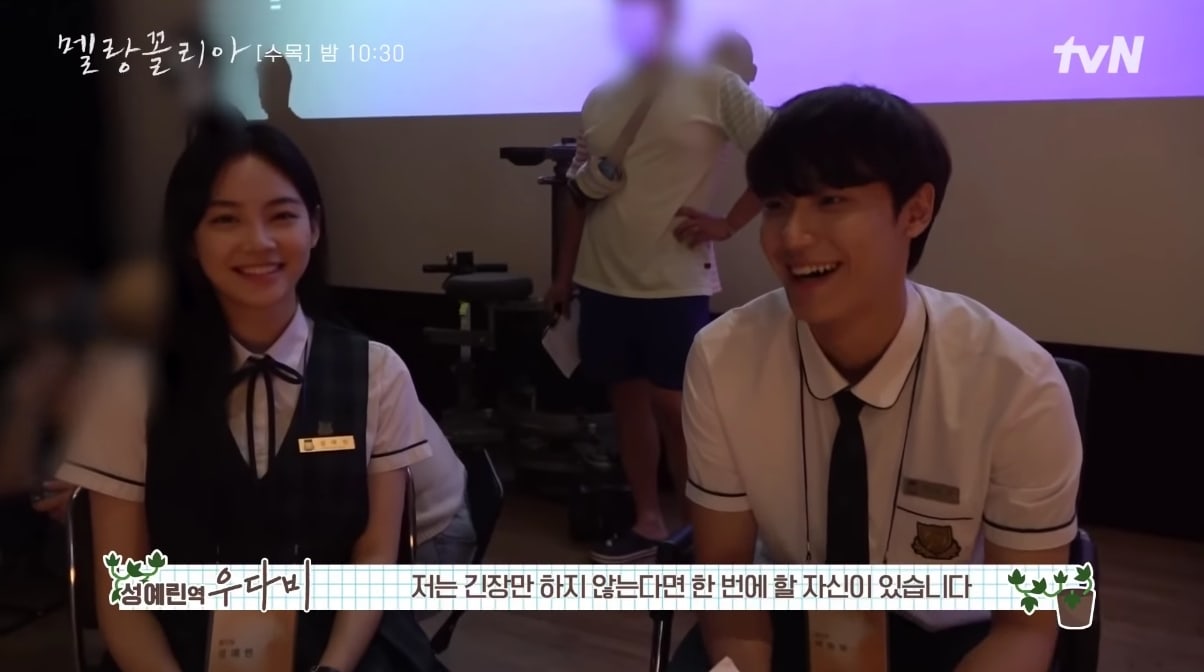 In a little clip a the end, Lee Do Hyun asks the cameraperson, “If this is episode 4, will this be released in the making-of video for episode 4?” After confirmation, Lee Do Hyun tells viewers, “Then… episode 5 and 6 will be fun as well. Please have fun watching it, and please look forward to it.”

Watch the full behind-the-scenes video below: