KBS’s “Young Lady and Gentleman” has released new stills ahead of tonight’s episode!

The drama is about the romance that unfolds between a “rich gentleman” and a “poor young lady” as they try to find happiness while taking responsibility for their own choices. Through a diverse cast of characters, the drama tackles the conflict that arises due to age differences in a relationship, as well as themes of love, betrayal, greed, and jealousy.

Previously, Lee Young Kook began suffering from amnesia after a fall on the mountain. As he was unable to even recognize his own girlfriend, their troubled romance drew pity from viewers. Having heard the news of his condition, Jo Sa Ra (Park Ha Na) also agreed to the request of Lee Young Kook’s stepmother to become his wife, adding another interesting layer to the story.

In one pair of new stills, Lee Young Kook appears confused while Jo Sa Ra gazes tearfully at him. Still suffering from memory loss and unable to recognize her, Lee Young Kook can only feel sorry at her words.

In other stills, Lee Young Kook and Jo Sa Ra share a close embrace. When Jo Sa Ra lifts her head afterwards, their lips appear moments away from touching. The affection that can be felt through their gazes suggests that there are still more developments to be had in their story, and viewers are curious to find out what will happen after their meeting. 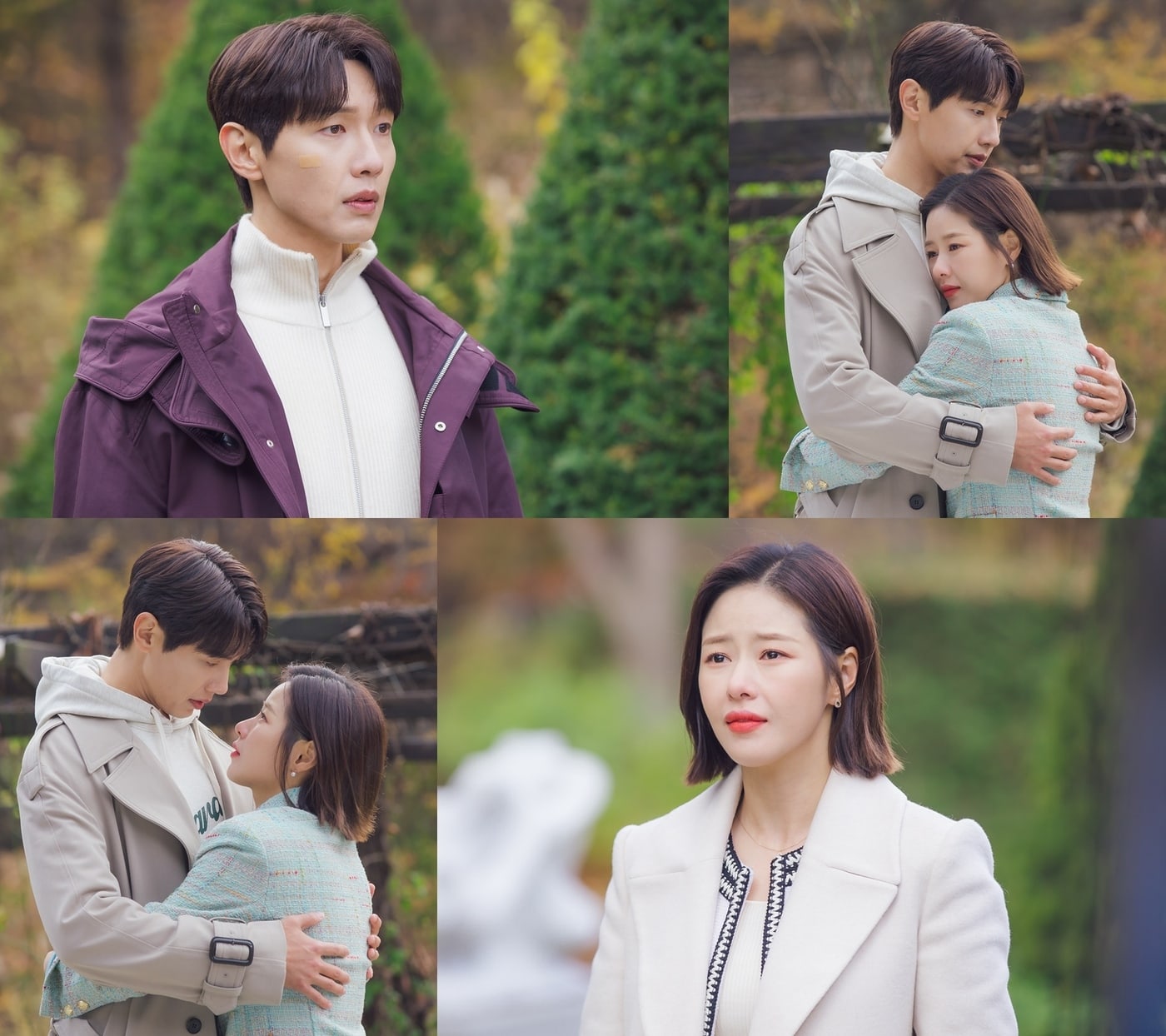 The drama’s producers remarked, “This episode will see the meeting of Lee Young Kook, who is suffering from amnesia, and Jo Sa Ra, who finds out this fact. The complete transformation of their dynamic will be the key point of today’s episode. Viewers will be able to enjoy the episode even more if they pay close attention to what Jo Sa Ra does.”