tvN’s “Jirisan” has shared new stills from the upcoming episode!

Seo Yi Kang and Kang Hyun Jo are in the midst of their search and rescue operation in the new stills. However, the bleak and eerie atmosphere surrounding the mountain is enough to give anyone goosebumps. As expected, the pair of rangers also sense the strange air and pay close attention to their surroundings. Relying on the single beam emitting from their flashlight, they draw curiosity from viewers as they peer cautiously inside a cave. It remains to be seen if the two rangers will discover any clues that will aid them in their search. 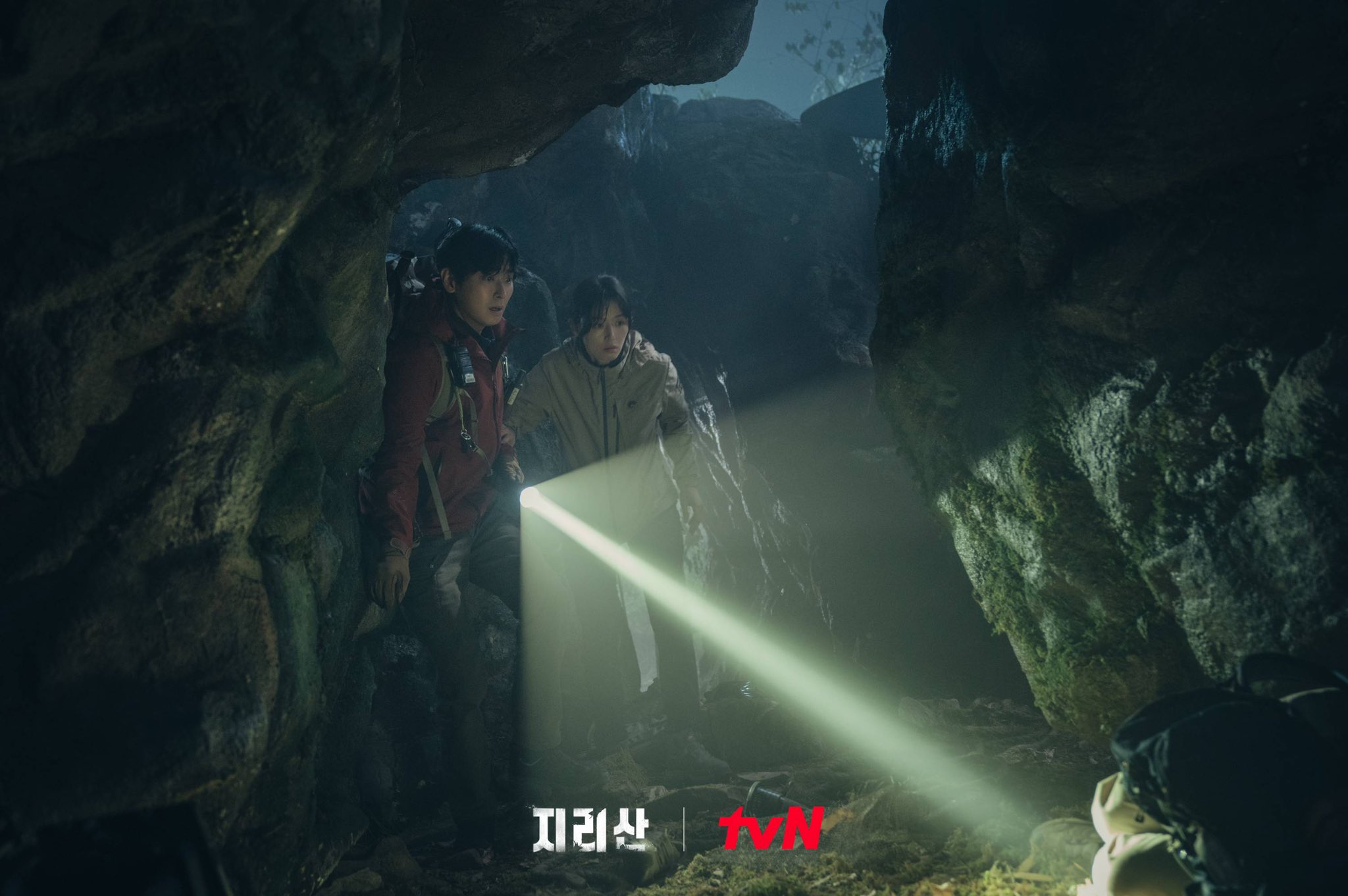 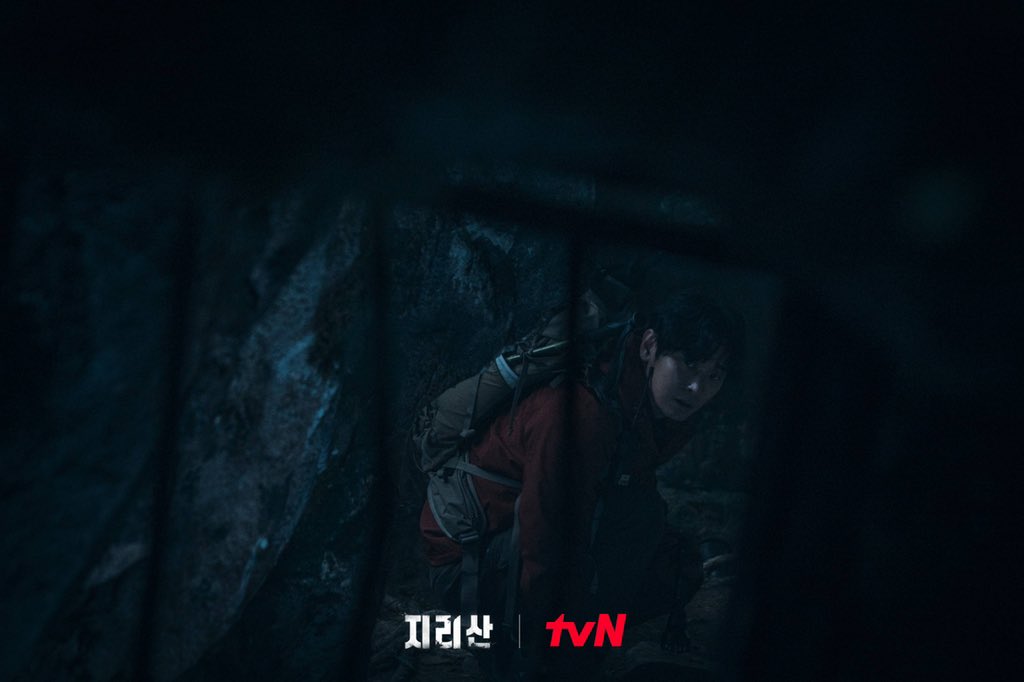 Seo Yi Kang and Kang Hyun Jo aren’t the only ones who have picked up on Jirisan’s strange aura. Jung Goo Young (Oh Jung Se) and Park Il Hae (Jo Han Chul) sport perplexed looks on their faces, appearing at a loss as they helplessly face the mysteries of the mountain despite being skilled rangers who once responded to emergency situations faster than anyone. 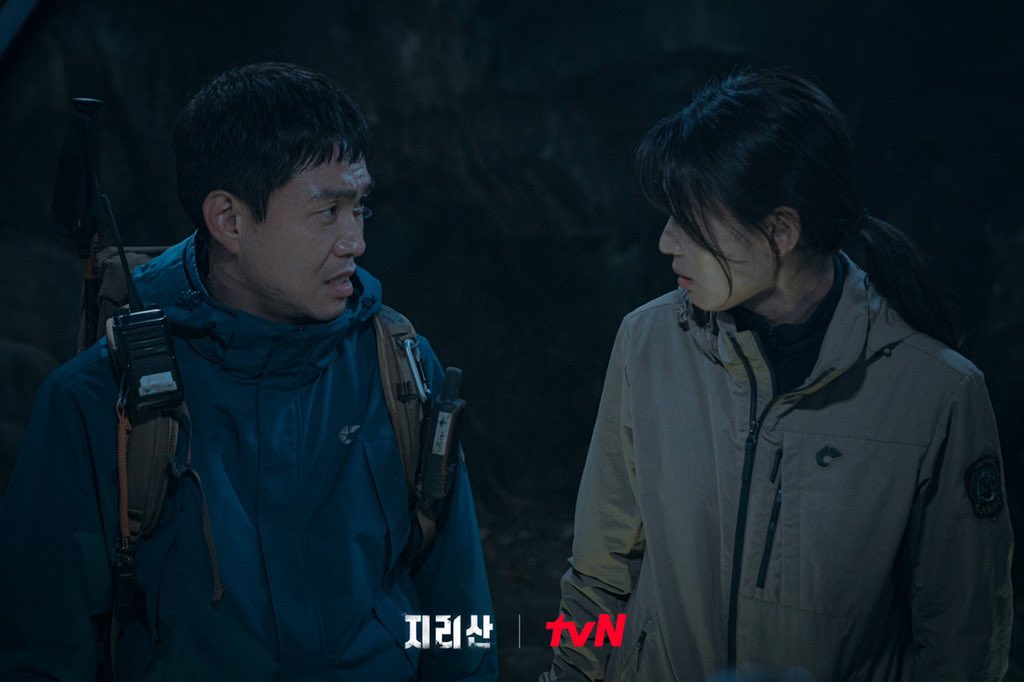 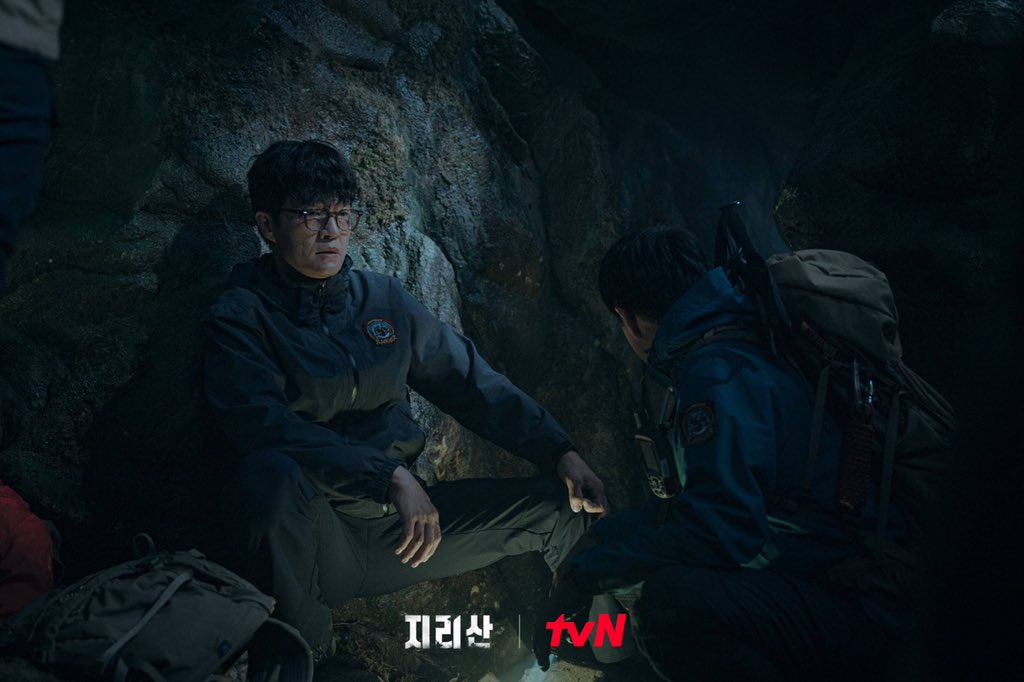 Previously, the long-time Jirisan resident Lee Moon Ok (Kim Young Ok) warned Seo Yi Kang that something ominous was about to happen in the mountain village. However, one online streamer secretly entered the village and while filming, witnessed a strange light before suffering an accident. Thus, the rangers had no choice but to enter the mountain.

Curiosity is mounting over how the rangers will go about responding to the strange happening, as they are unable to pass off the mysterious event as just some superstition. Will they pass it off as just another accident, or will they recognize it as yet another sign sent by the mountain?

To find out, tune into the next episode of “Jirisan,” which airs on November 21 at 9 p.m. KST.

Catch up on previous episodes of the drama below: