tvN’s “Happiness” has taken viewers behind the scenes of episodes 5 and 6!

The clip begins with the cast members toying with Lee Joon Hyuk’s camera and also playing with the child actress Song Ji Woo. A hilarious moment then occurs during filming when Lee Joon Hyuk chases Park Hyung Sik outside the apartment, but is unable to open the door to go back inside. At a loss, he sheepishly rings the doorbell to the raucous laughter from the surrounding staff. 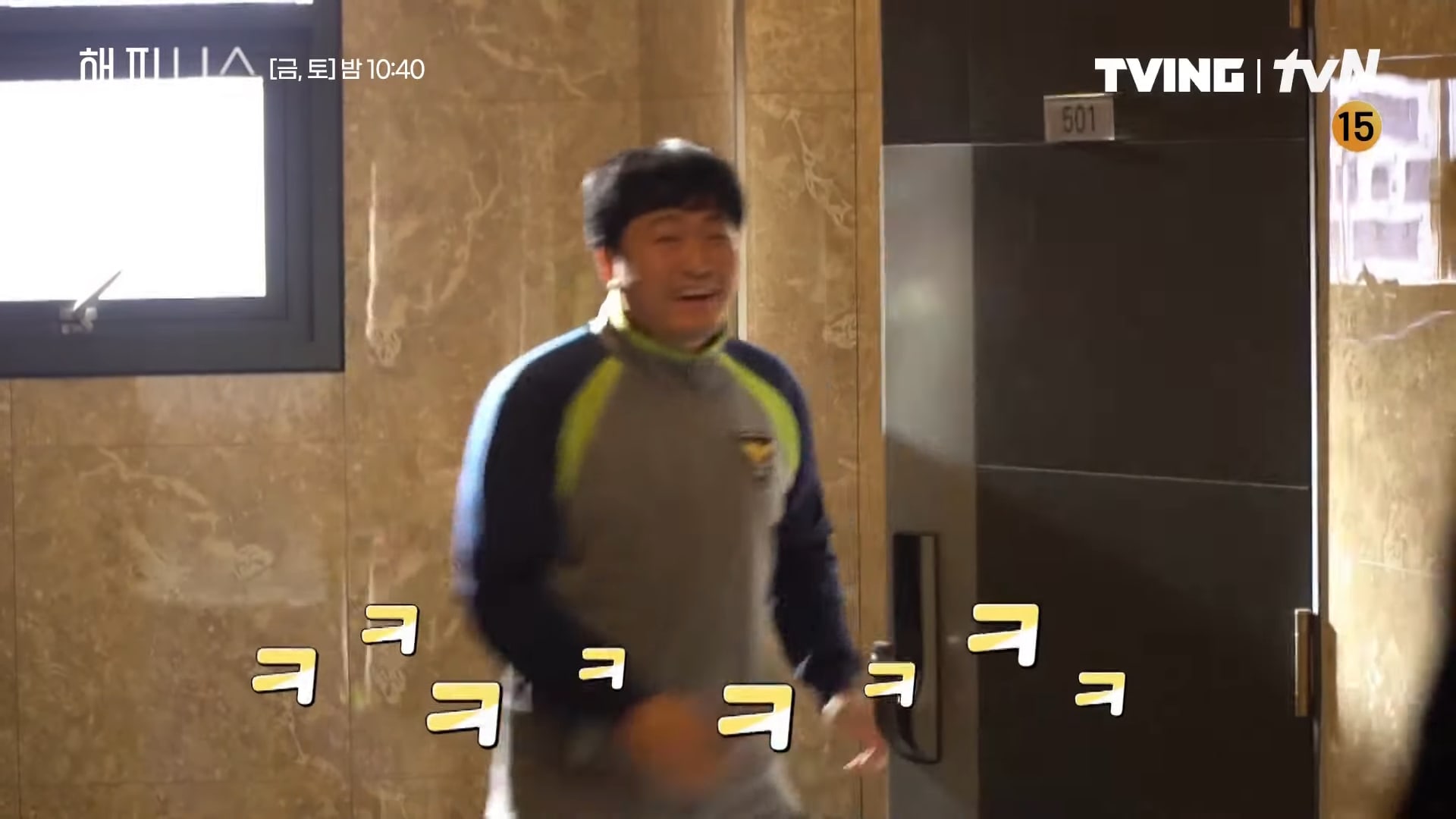 Next, the actors head to the supermarket, where they run through the actions required for the scene. As the staff work on adjusting the height of the shutter that has to be pulled down during the scene, they accidentally raise it up to an impossible height. However, Park Hyung Sik surprises everyone by leaping up and grabbing the shutter’s bottom edge.

In another clip, Han Hyo Joo and Park Hyung Sik sit across the table from each other for a scene where they share drinks. After opening her beer can and taking a sip, Han Hyo Joo suggests they film again as the foam from the can kept spilling over. She gestures at Park Hyung Sik, pointing out that he keeps wiping at his shirt as well. 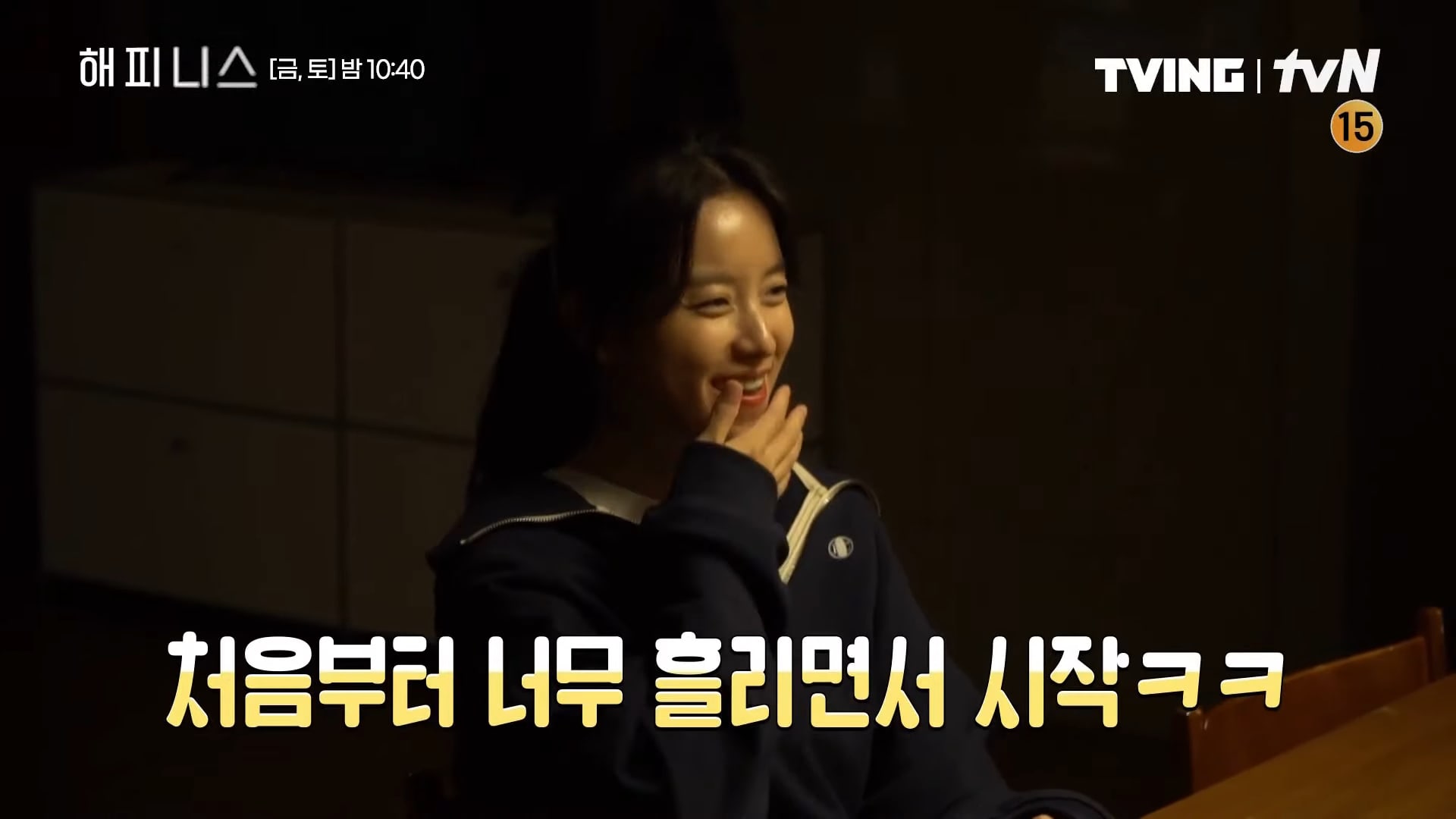 The two actors immerse themselves in the scene as filming begins. They wrap up their lines and continue sipping on their drinks as they wait for the director to say, “Cut.” When the silences stretches on, Park Hyung Sik whips out an ad-lib as he says, “I’ll join you.” Han Hyo Joo surprises him when she shoots back, “Isn’t that obvious?” When the scene finally ends, the pair can’t hold back their laughter at the abruptness of her reply. As Park Hyung Sik sips at his drink in another take, Han Hyo Joo tells him, “Bottoms up!” His eyes instantly widen with shock at her ad-lib, and afterwards he jokes, “She’s raising me to be strong!”

Later on as Han Hyo Joo waits for filming to begin, she meanders around the room doing various stretches. She soon ropes in the other cast members, and as they roll their necks around in slow circles Park Hyung Sik jests, “This is her yoga class.”