YGX’s Leejung Lee shared a heartfelt message of gratitude to TWICE after Sana and Momo showed love for the choreographer at tonight’s “Street Woman Fighter” concert!

On November 21, Sana and Momo attended the “Street Woman Fighter” concert in Seoul to show their support for Leejung Lee, who has choreographed a number of TWICE’s recent hits including “FANCY,” “Feel Special,” and “I CAN’T STOP ME.”

After the show, Sana and Momo took to Instagram Stories to post photos of themselves enjoying the concert with light sticks in hand—as well as a cute picture that they snapped with Leejung backstage.

On her selfie, Sana added the caption, “As soon as we finished our last broadcast, we rushed to see the ‘Street Woman Fighter’ concert. As expected, you can always count on ‘Street Woman Fighter’ to be the best.” Meanwhile, on their photo with Leejung, the TWICE members wrote, “It was sooo much fun, and you were sooo cool,” adding a heart emoji for emphasis. 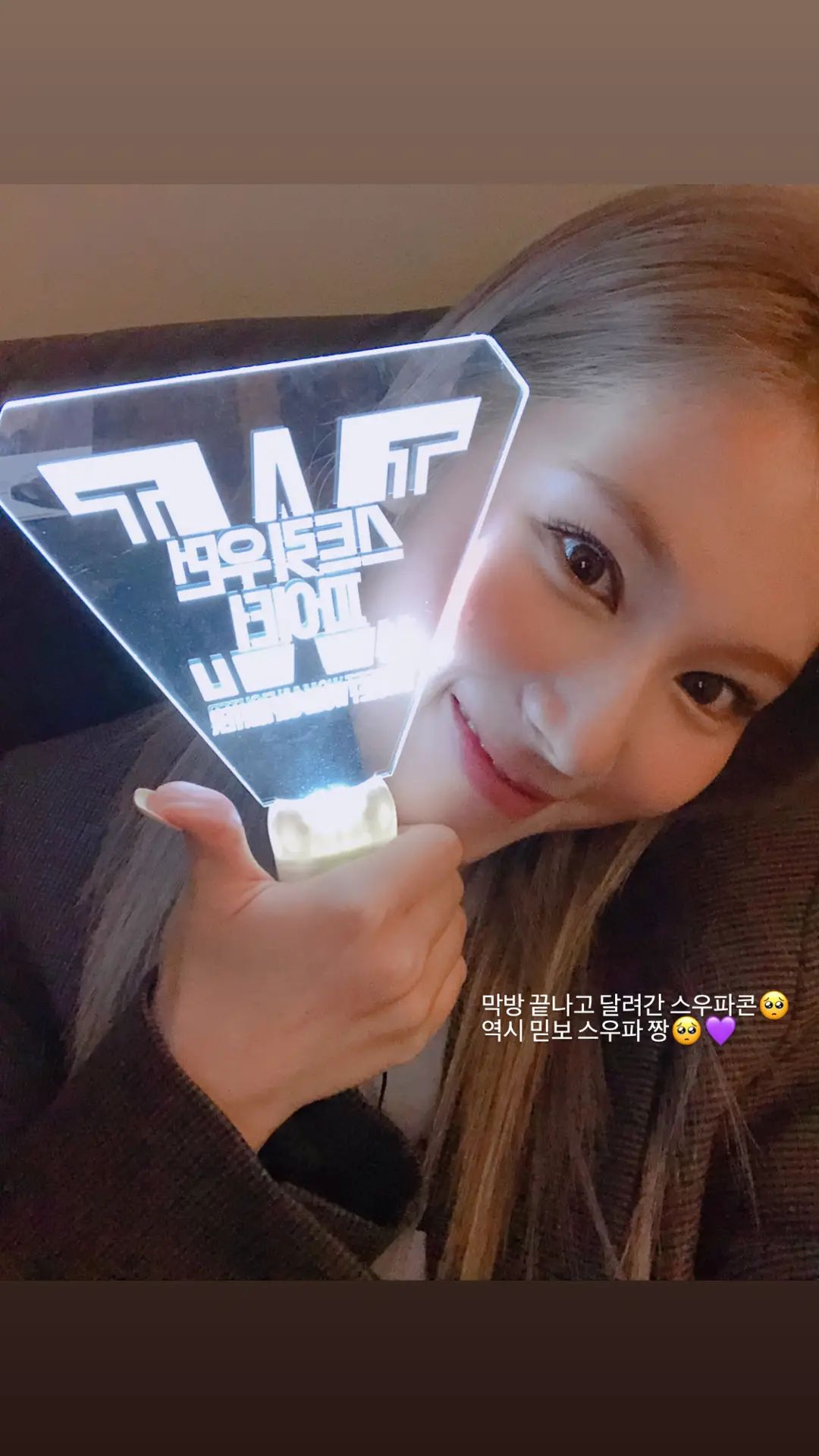 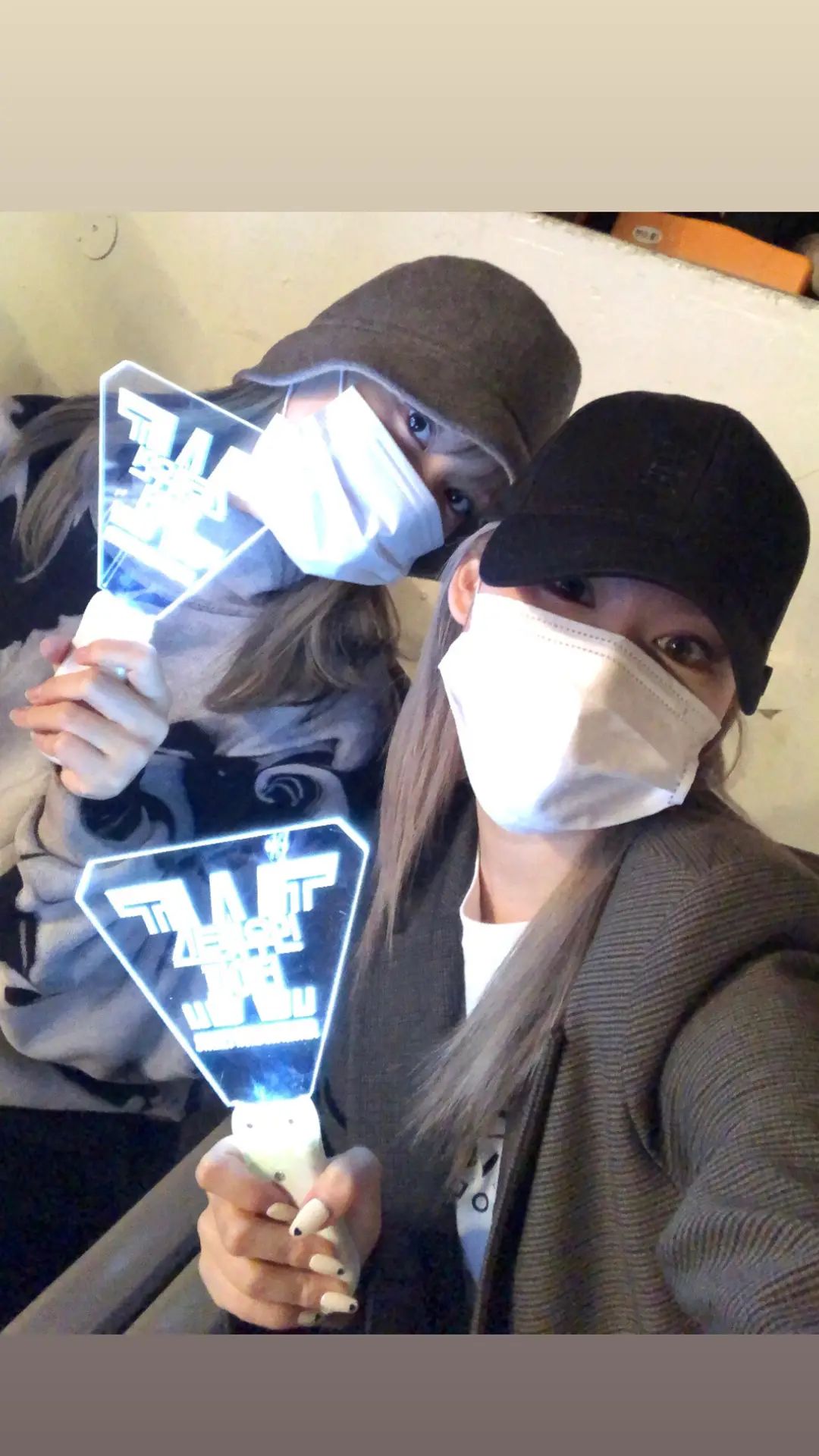 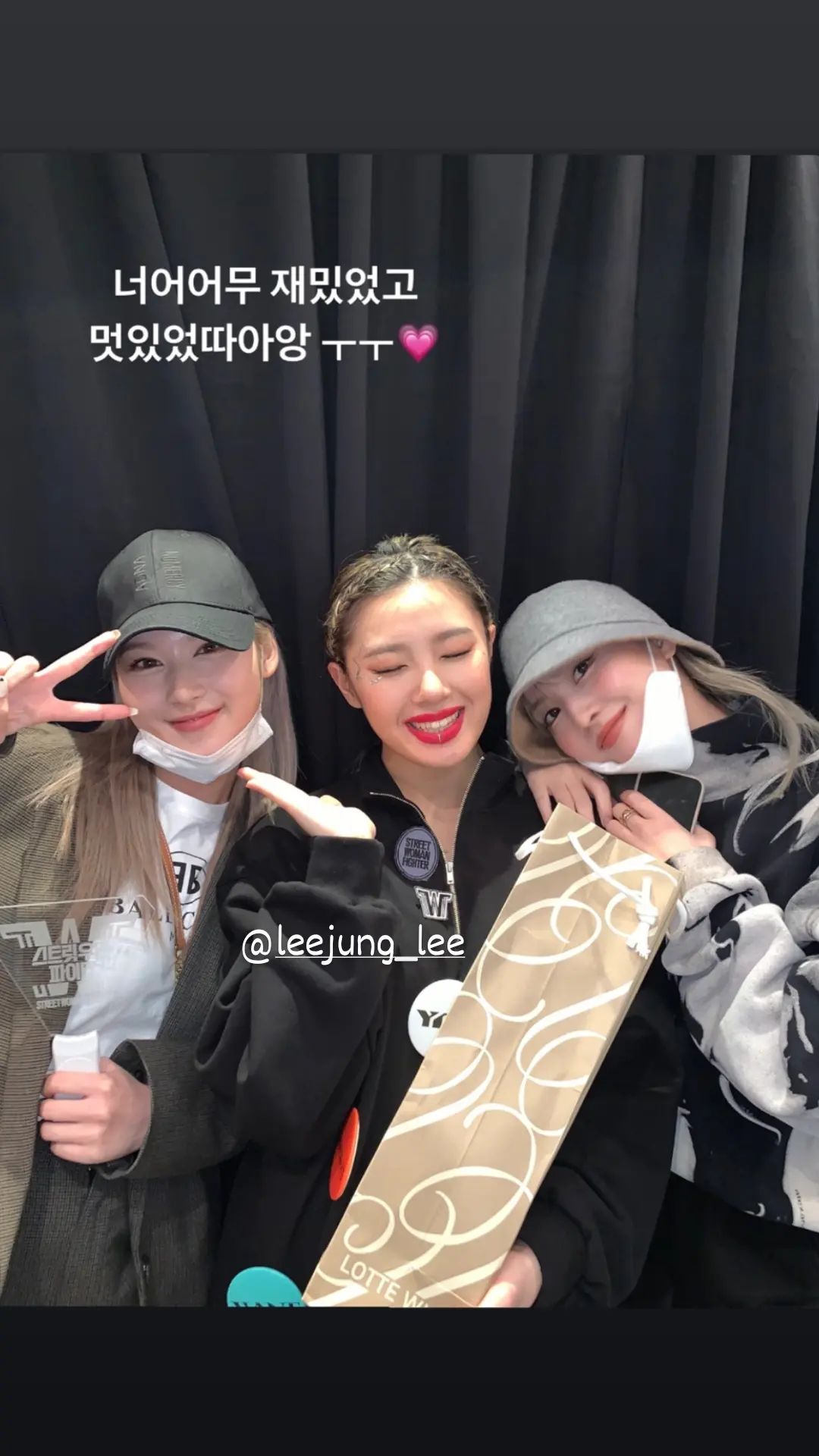 Sharing two photos that they took together backstage, Leejung wrote, “It’s thanks to TWICE, who first sought me out three years ago when I was nothing, that I was able to become the choreographer Leejung of today. I’m more grateful than I can express in words, and I really feel like I should work even harder. TWICE + Leejung = [heart].”

Meanwhile, TWICE recently made a comeback with their third studio album “Formula of Love: O+T=<3,” which achieved the highest first-week sales of any girl group album released this year.