Director And Writers Of “Yumi’s Cells” Talk About Season 2, Comparisons To “Sex And The City,” And More

In an interview reported by Newsen, director Lee Sang Yeop talked about the pressure from bringing the hit webtoon to life, saying, “I’d be lying if I said there wasn’t any pressure, and as a fan of the webtoon, I worked on the drama with the thought of creating something I’d want to watch.”

The combination of live-action and 3D animation is a first for Korean dramas, and Song Jae Jung, the writer for “Yumi’s Cells,” said, “I was able to realize that this combination was actually possible as we were looking at the original webtoon and also came to understand the need to consider broader ranges of ideas when it comes to the spectrum of creativity.” 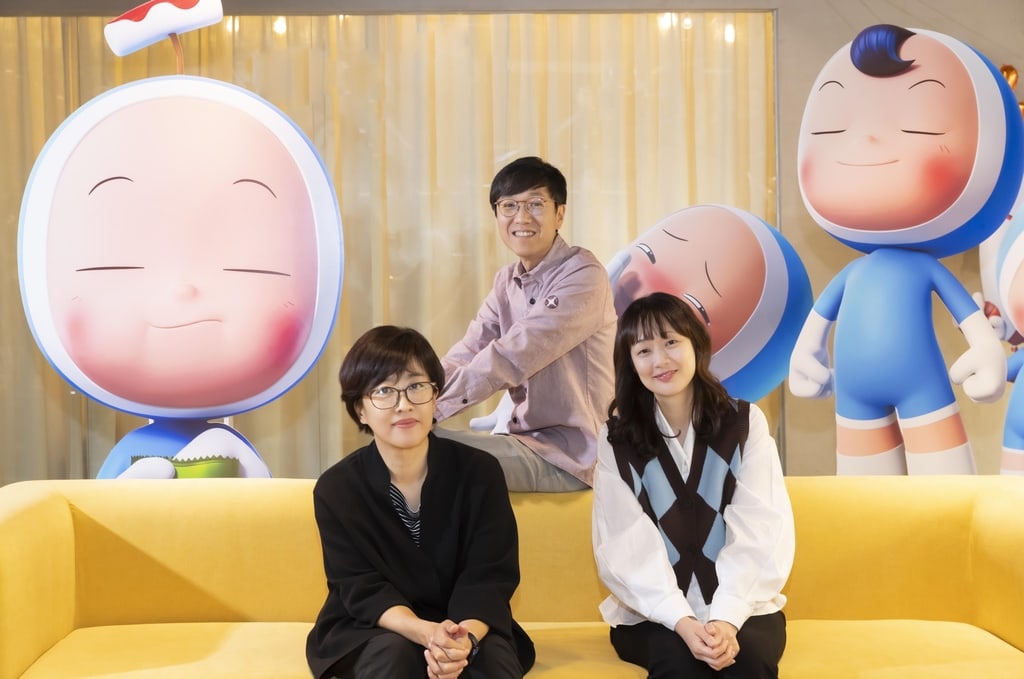 When asked about casting GOT7’s Jinyoung as Yoo Babi, the director said, “I thought of Yoo Babi’s character to be handsome, and when I first saw Jinyoung, I remember thinking that he was extremely good-looking.”

Lee Sang Yeop talked about the diverse characteristics of the character Yumi and said that her diverse attributes could’ve been a difficult factor in casting for the role. However when talking about casting Kim Go Eun for the role, he said, “When I first met Kim Go Eun she was very bright and energetic so I thought she’d be great as Yumi. Ahn Bo Hyun played a lot of different types of characters in the past so I was concerned about whether he’d fit with the role, but after talking to him I realized that he had a quiet and sensitive aura, and I liked that.”

Song Jae Jung also talked about how Season 2 will showcase the growth of the characters and said the story will be dynamic compared to the lovey-dovey theme of Season 1.

The writer said that the decision to have multiple seasons came early on from the idea that unlike most Korean romance dramas, “Yumi’s Cells” will have the same female character with her boyfriends consistently changing throughout the story. Song Jae Jung also added that the idea is to create something close to a mild version of “Sex and the City.”

Lee Sang Yeop also spoke about the second season saying, “Season 2 will tell the story of Yoo Babi and Yumi, which will be different from the relationship with Goo Woong. I look forward to coming back with Season 2.”