SF9 Talks About Their Comeback, Future Enlistment, Juggling Acting And Music + Zuho Sits Out Performance Due To Injury

On November 22, SF9 held a showcase for the release of their 10th mini album “RUMINATION.”

SF9 made a comeback with “RUMINATION” four months after the release of “Turn Over” in July. The title track, “Trauma,” has a heavy bass sound and dreamlike vocals to showcase various emotions, and the choreography shows an SF9-scale performance with sexy and “homme fatal” vibes. 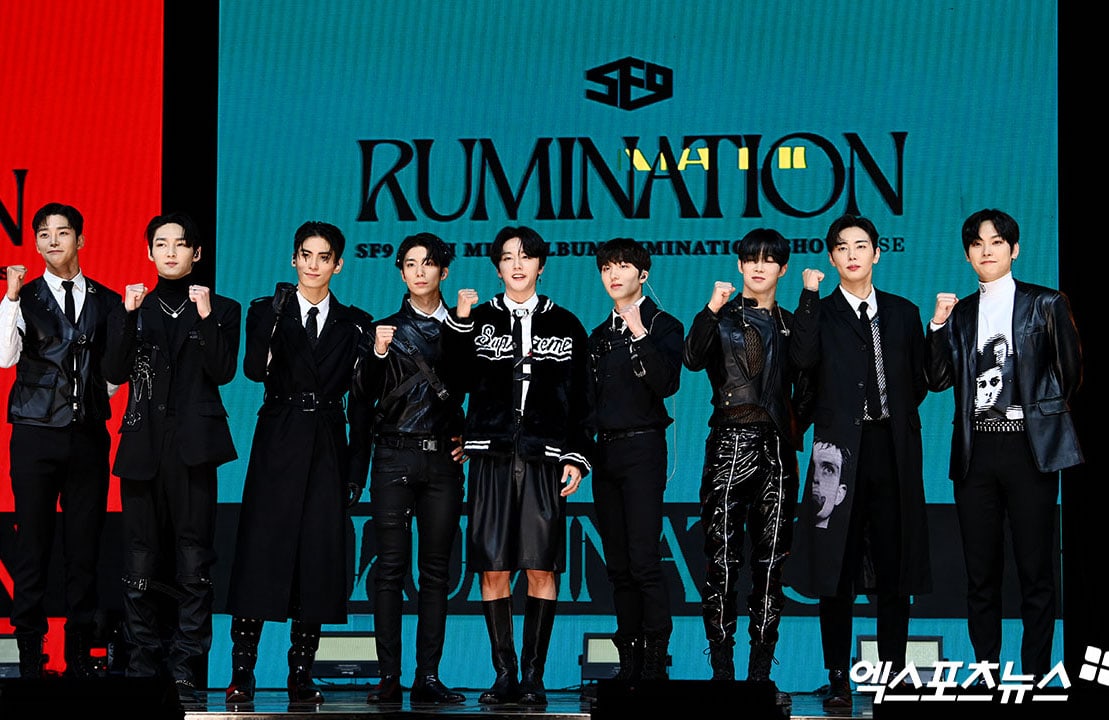 Rowoon is filming the KBS historical drama “The King’s Affection” at the same time as preparing for SF9’s comeback. He said, “There have been quite a few times when we prepared an album while I was filming a drama. You could say I’ve mastered it. I’ve become used to it. There weren’t any big difficulties. The only regret is that I’m not satisfied with my performance because I didn’t have enough time to practice. The agency and the members were considerate of me, so I didn’t have any major difficulties.” 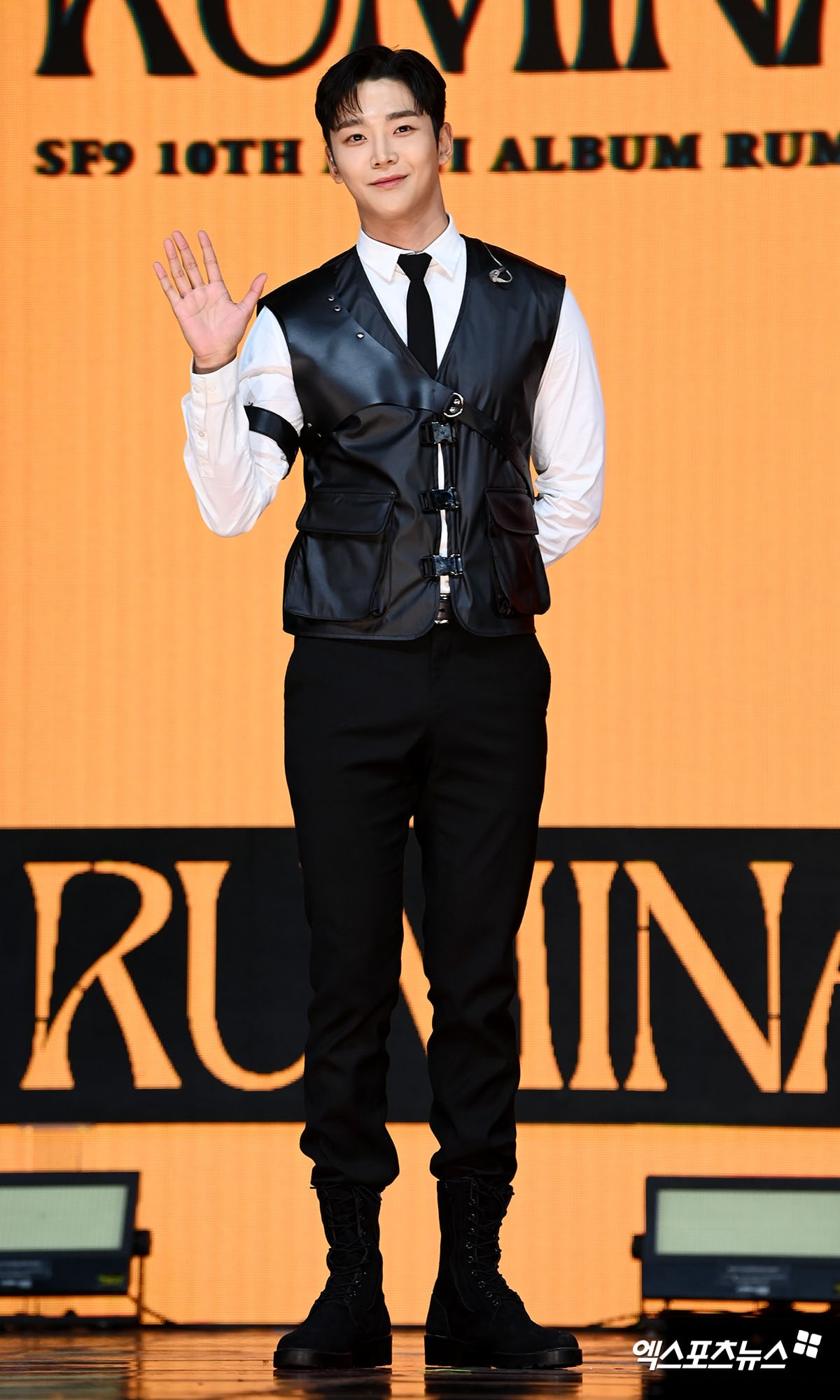 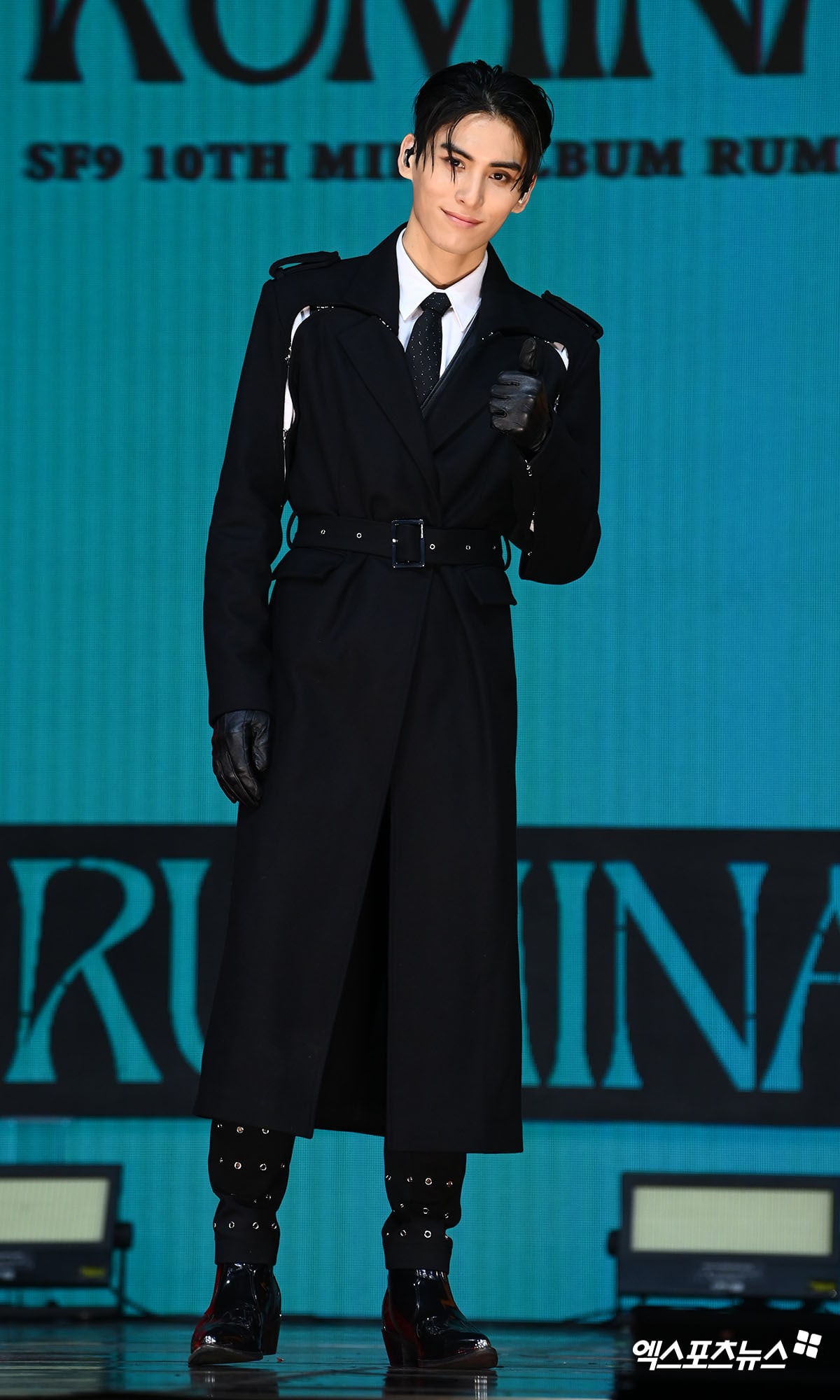 Hwiyoung said, “We wanted to make a good album. As it’s been a while since we could meet our fans in person, our gratitude and our longing for our fans has deepened. We thought that making a good album that expresses those feelings would the best way to express them, so we all participated in the album. It’s an album with a lot of good songs to listen to.” 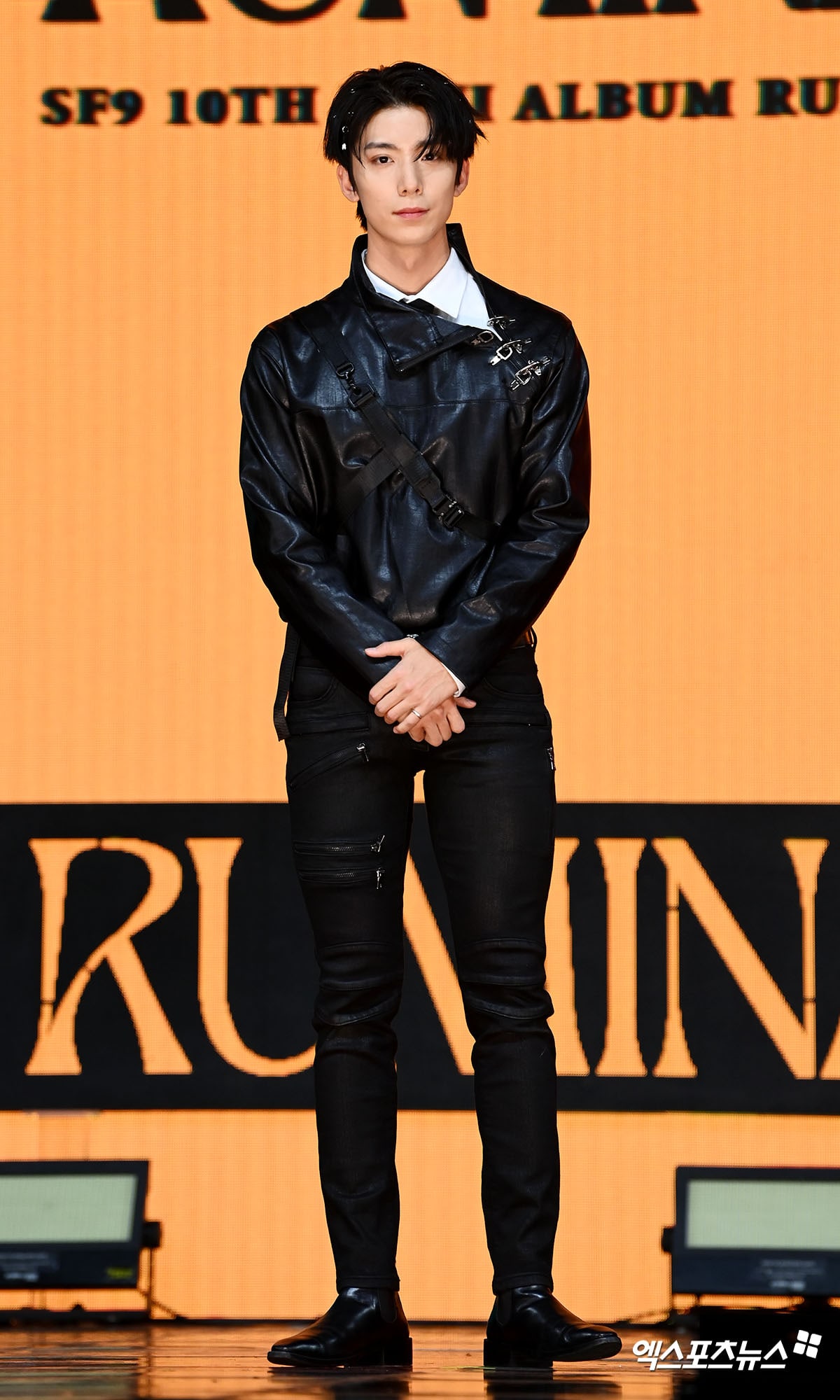 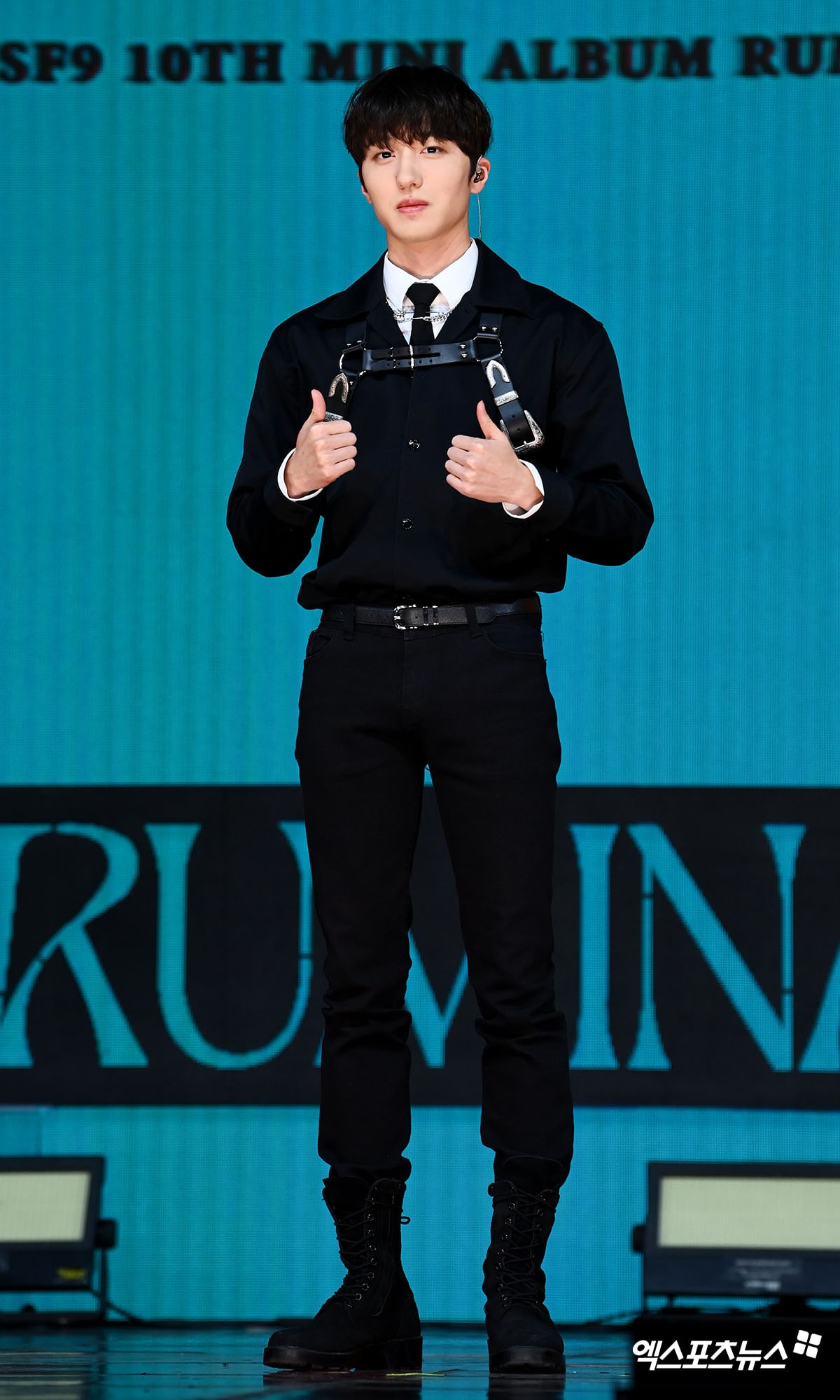 One of the songs is “On And On,” a duet between SF9’s oldest members Youngbin and Inseong. Youngbin participated in the lyrics, which are about longing for the day that you can hold someone’s hand again after a brief farewell. Asked about future military enlistment plans, Youngbin said, “We will do our best at the duties we are given. Nothing has been decided in concrete yet. When it’s confirmed, we will fulfill our responsibilities.” 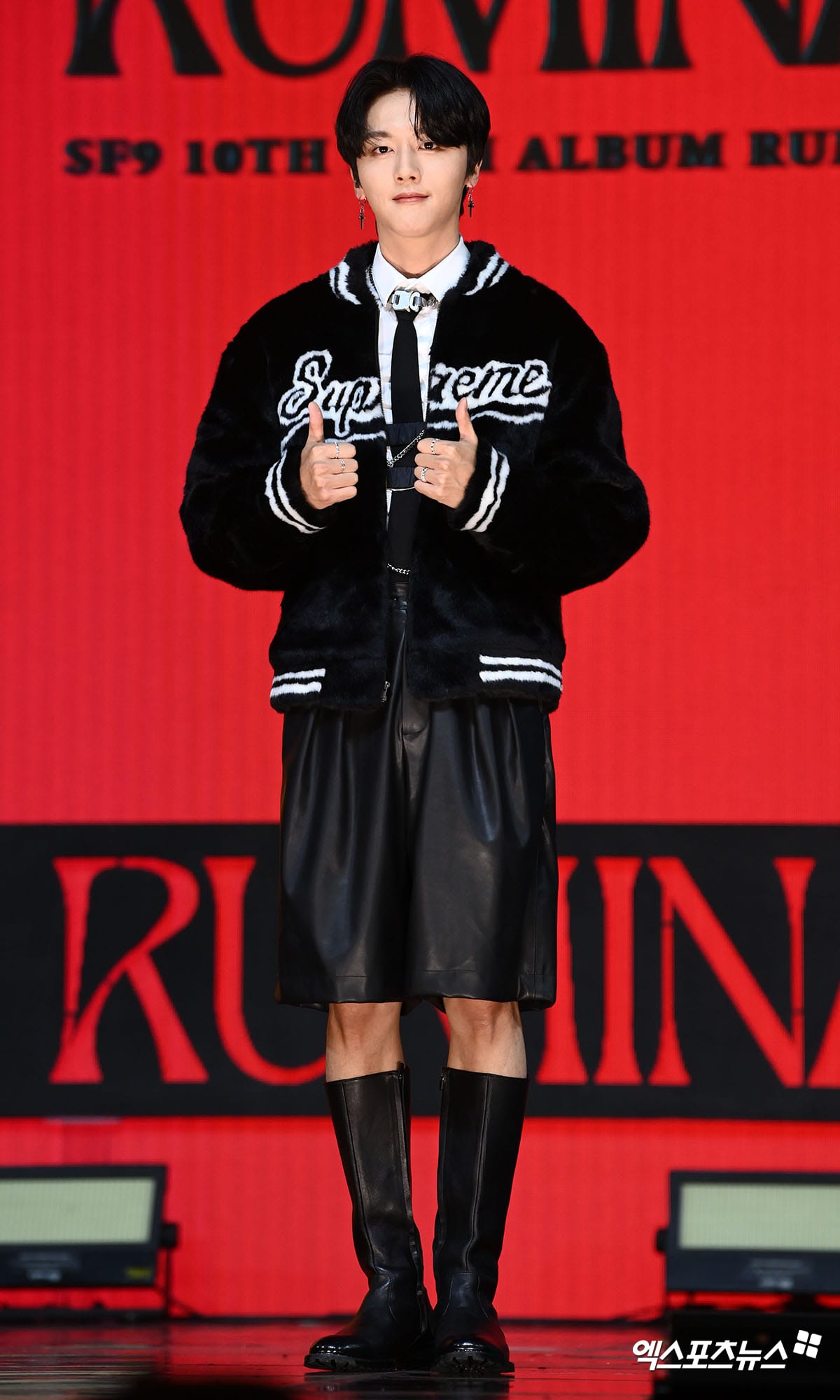 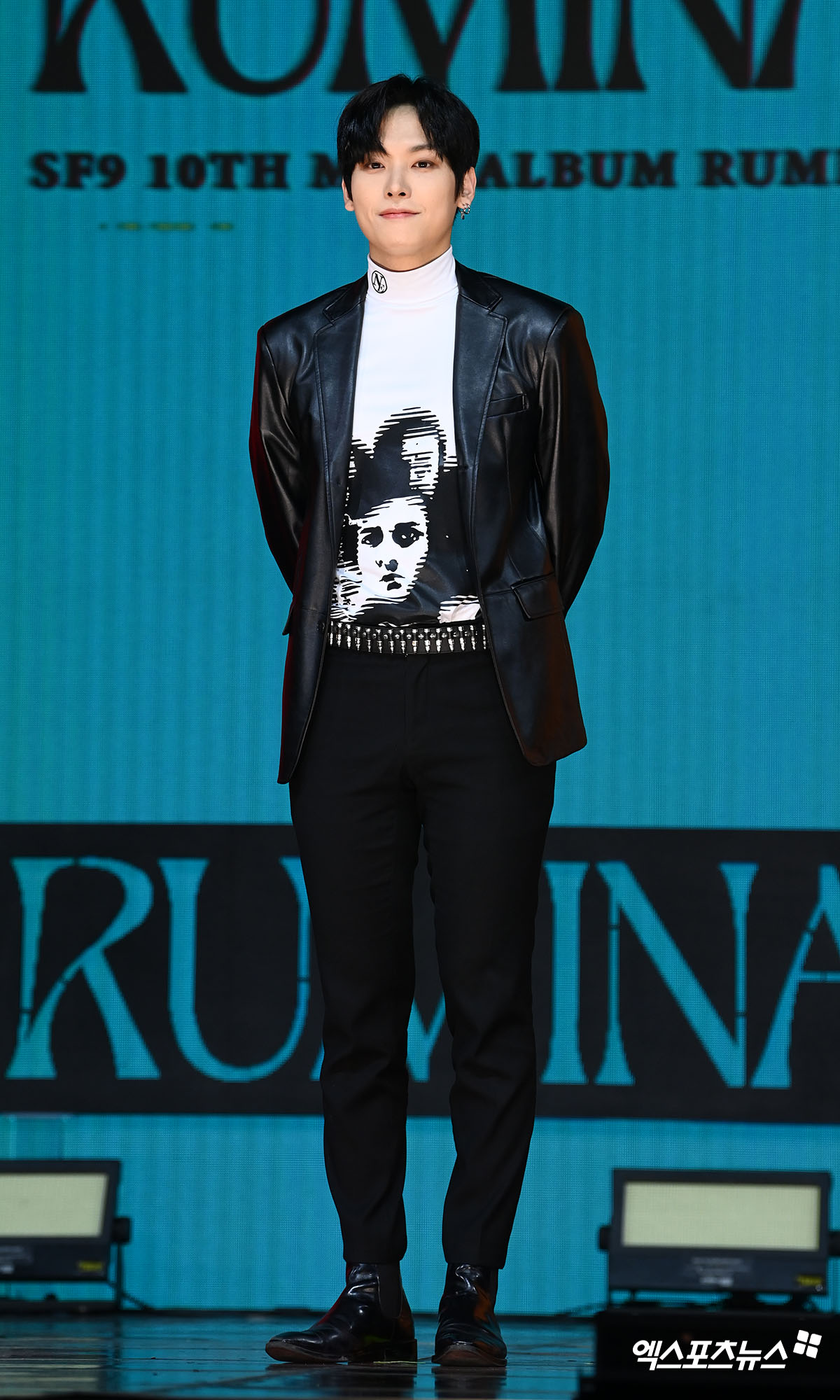 During SF9’s performance, Zuho was seated due to a rib injury. He said, “I was practicing hard in order to show a good image and I ended up injured. I’m receiving good treatment. I have a cool part in this performance where the nine of us are standing on stage together again, but regretfully I wasn’t able to show it today.” 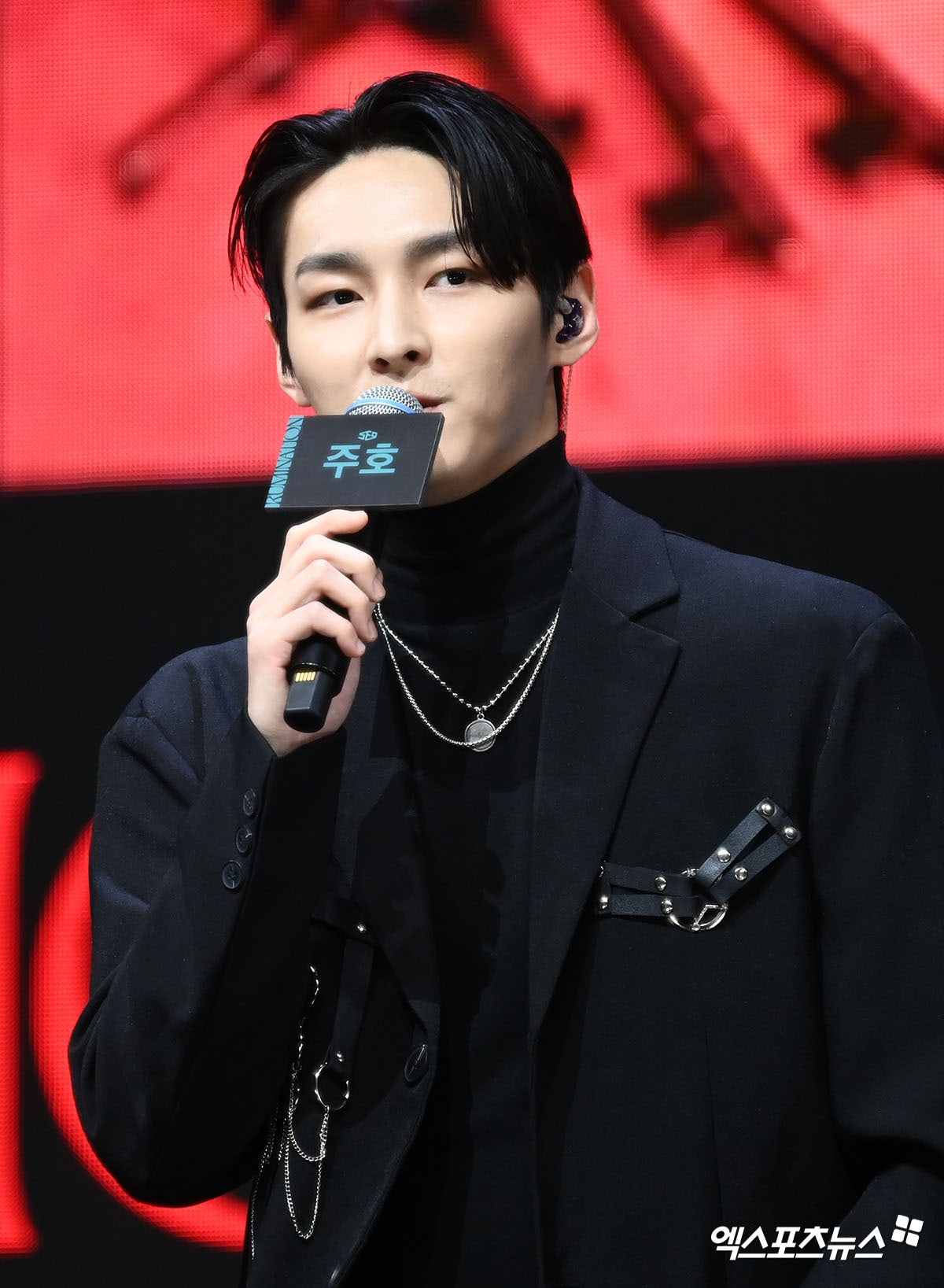 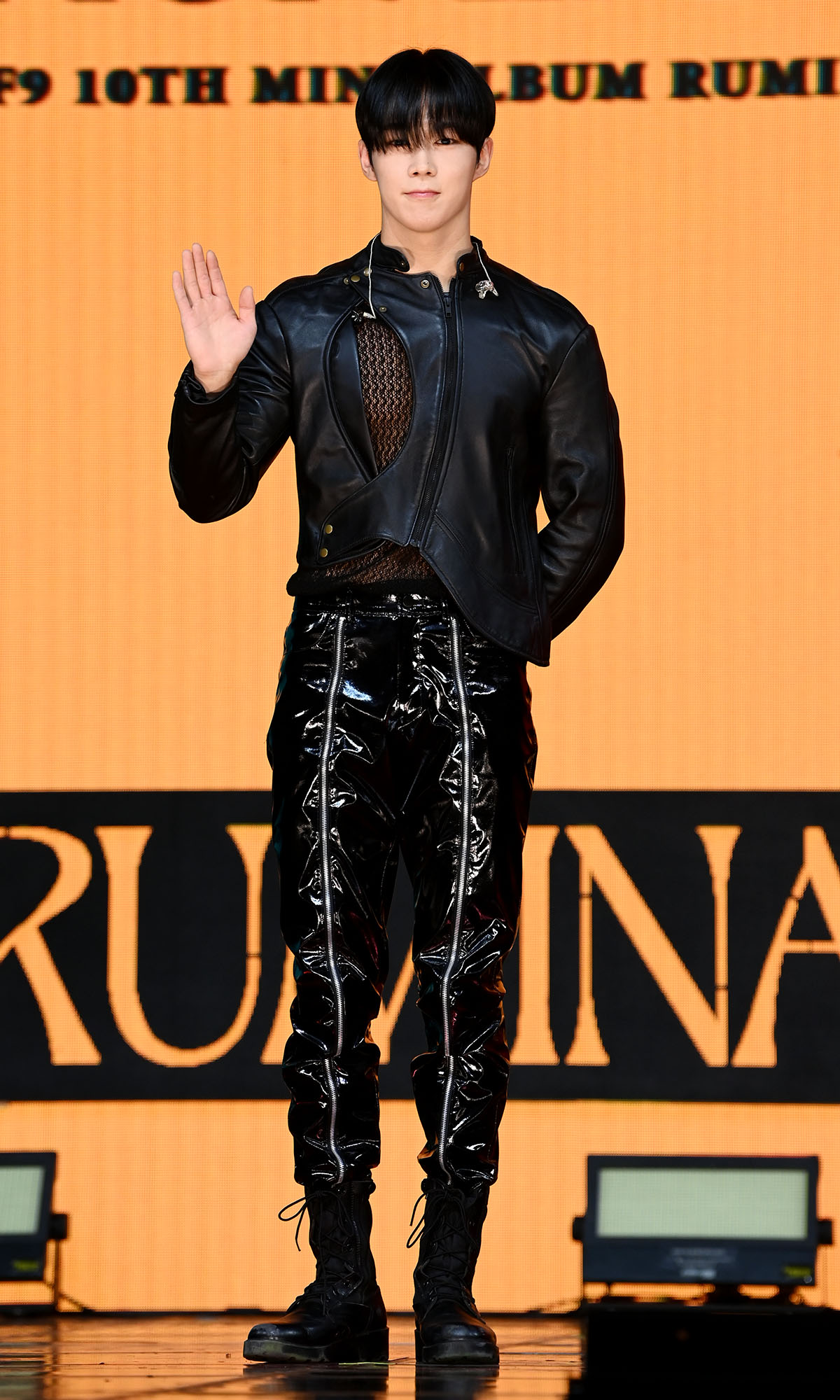 Asked about their goals for this album, Jaeyoon said, “While it’s good to sell a lot of albums, it’s more important for us to meet fans when we do promotions. We don’t think about it in terms of records. Our main focus is to meet with our fans as much as possible.” Zuho added, “Since the situation is improving a little, I think that our best result would be if we could meet more of our fans as soon as possible.” 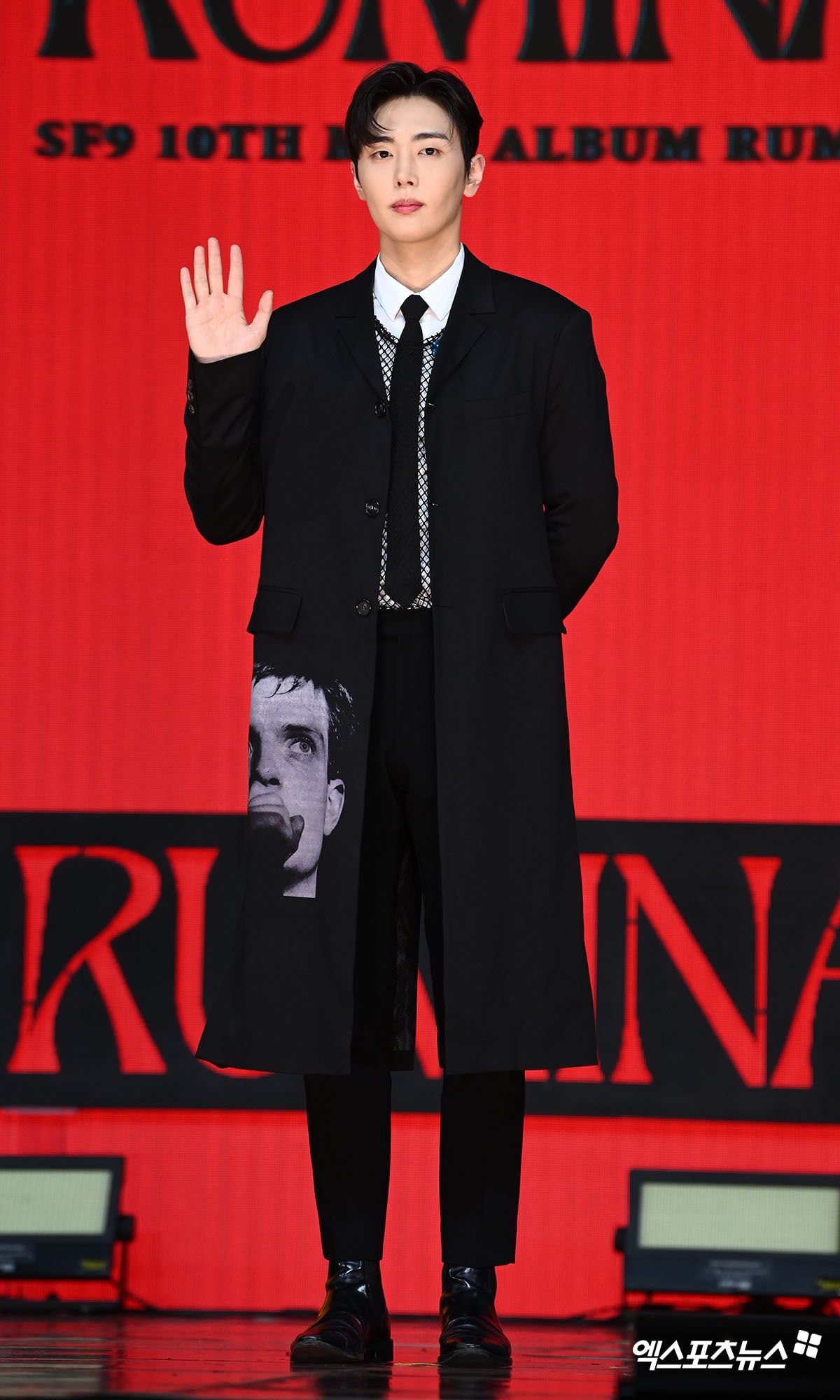 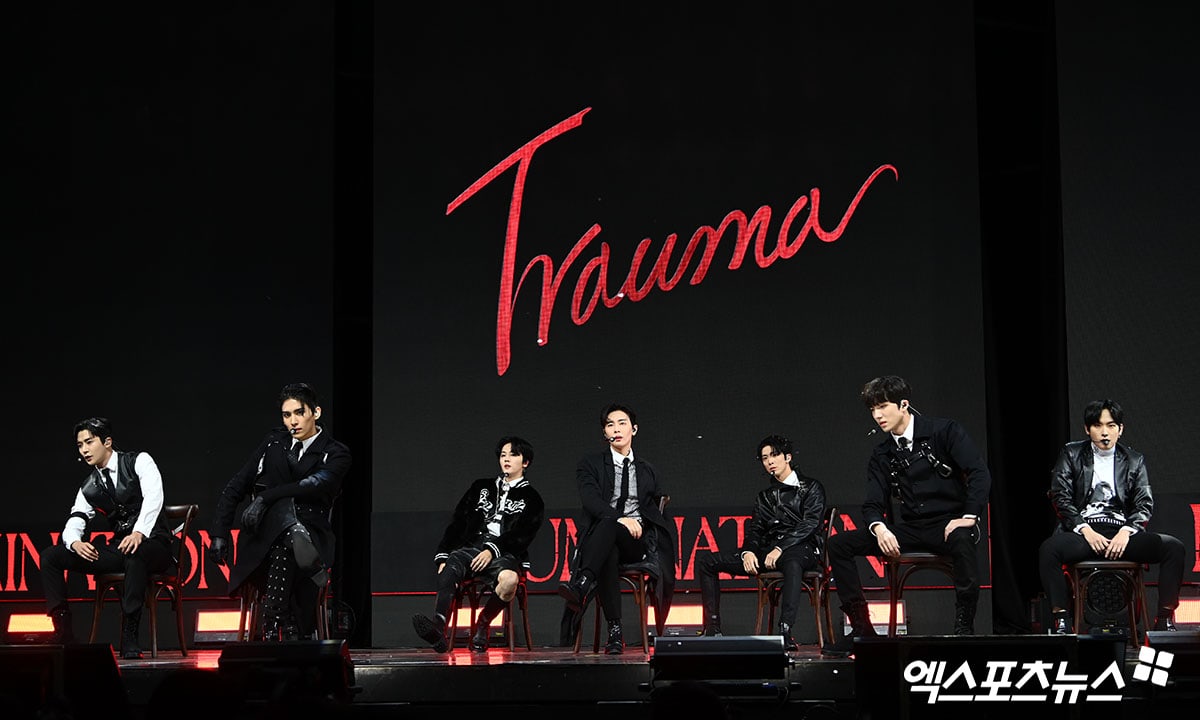 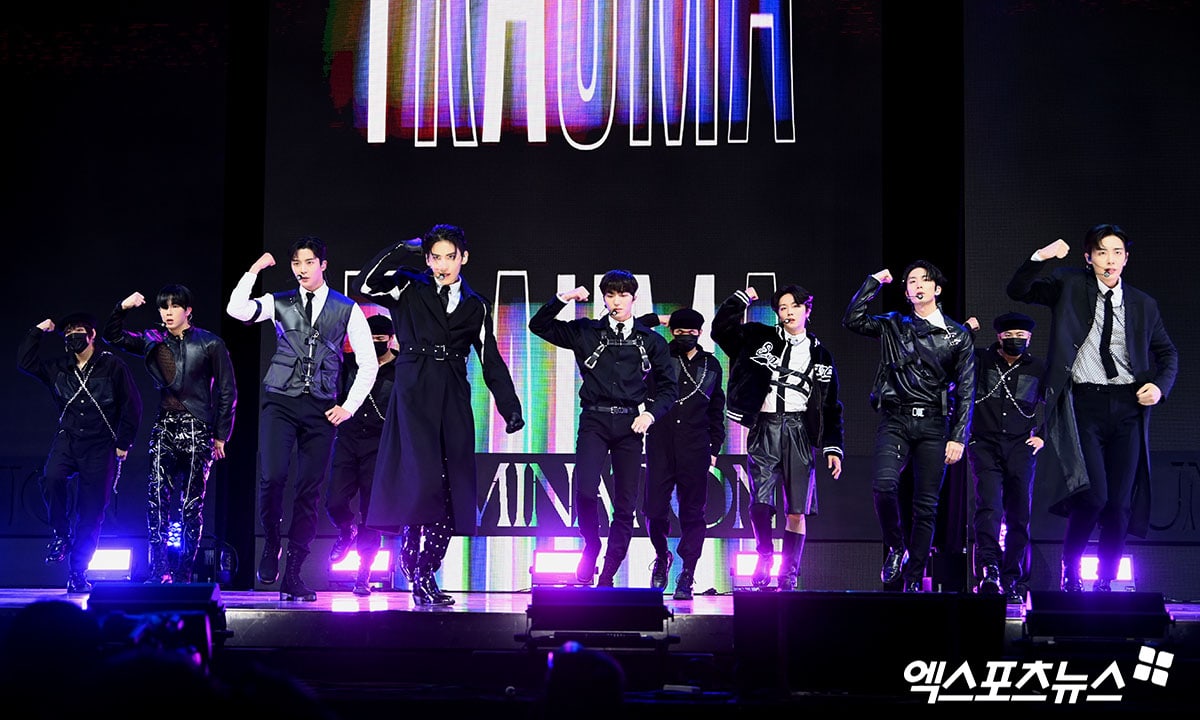