Yoo Seung Ho and Hyeri are seen together for the first time in the new stills of KBS’s upcoming historical drama “Moonshine.”

The first encounter between them is chaotic as Kang Ro Seo and Nam Young run into each other amidst the hustle and bustle of the marketplace. The sophisticated and lofty Nam Young is astonished by the appearance of Kang Ro Seo, who’s a type of noblewoman he’s never heard of or seen. 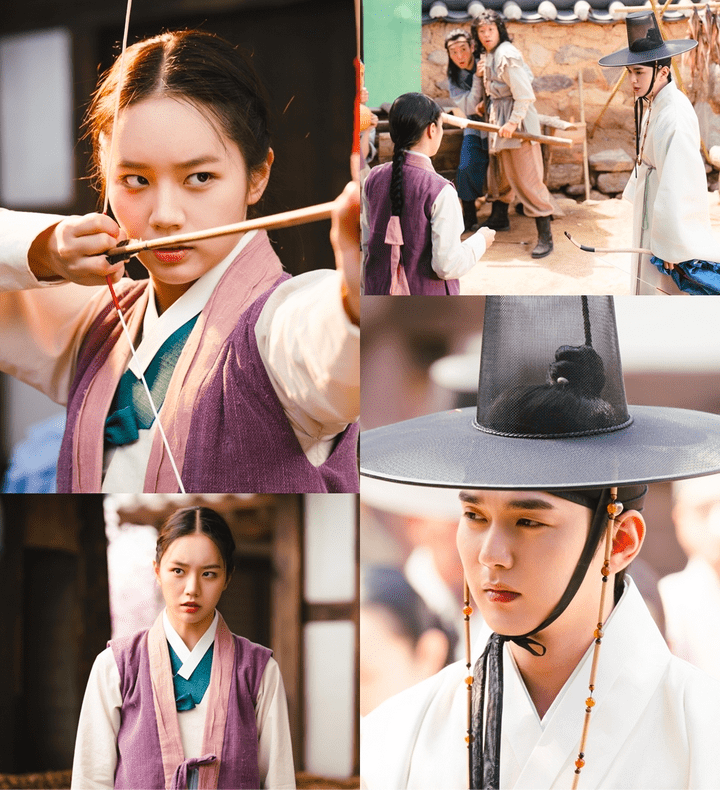 Curiosity builds about the story as Kang Ro Seo warily glares at Nam Young. Kang Ro Seo is also seen fiercely aiming her bow and arrow at someone without any hesitation.

The production team of the drama commented on the upcoming drama, saying, “Nam Young and Ro Seo, who used to live in two completely different worlds, begin to be intertwined after their chaotic first encounter. Please look forward to seeing the two polar opposites getting to know each other after disrupting each other’s lives.”

In the meantime, watch Hyeri in her recent drama “My Roommate Is a Gumiho” with subtitles here: