KBS 2TV’s “School 2021” has revealed new stills ahead of its highly-anticipated premiere!

“School 2021” is the eighth installment in KBS’s popular “School” drama series. It will tell the story of high school students choosing to follow their dreams instead of just preparing for college entrance exams. The coming-of-age tale will follow the growth, friendships, and romances of 18-year-olds facing an uncertain future.

WEi’s Kim Yo Han will star in the drama as Gong Ki Joon, a former Taekwondo athlete who must give up on his dream due to an injury, while Cho Yi Hyun will play his first love Jin Ji Won, who is determined to achieve her dream of becoming a carpenter. Chu Young Woo will play Jung Young Joo, a mysterious transfer student with a past connection to Gong Ki Joon, and Hwang Bo Reum Byeol will play Kang Seo Young, a high-achieving student who is on track to get into one of Korea’s top universities.

Newly released stills capture a tense moment between Jin Ji Won and her mother Jo Yong Mi (played by Kim Soo Jin), who is the director of an academy specializing in entrance exams. The two are constantly in conflict with each other because of their different opinions.

In one photo, Jin Ji Won is frustrated by Jo Yong Mi, who doesn’t seem to support her dreams. At first, she calmly argues with Jo Yong Mi, but when her mother remains unyielding, her eyes well up with angry tears. Another photo depicts Jo Yong Mi’s icy expression, and she doesn’t bother to hide her disappointment. What might be even worse for Jin Ji Won is that no one is taking her side. Her father Jin Deok Kyu (Jo Seung Yeon) and Jin Ji Soo (Kim Ye Jin) look uncomfortable as they stand quietly on the side. 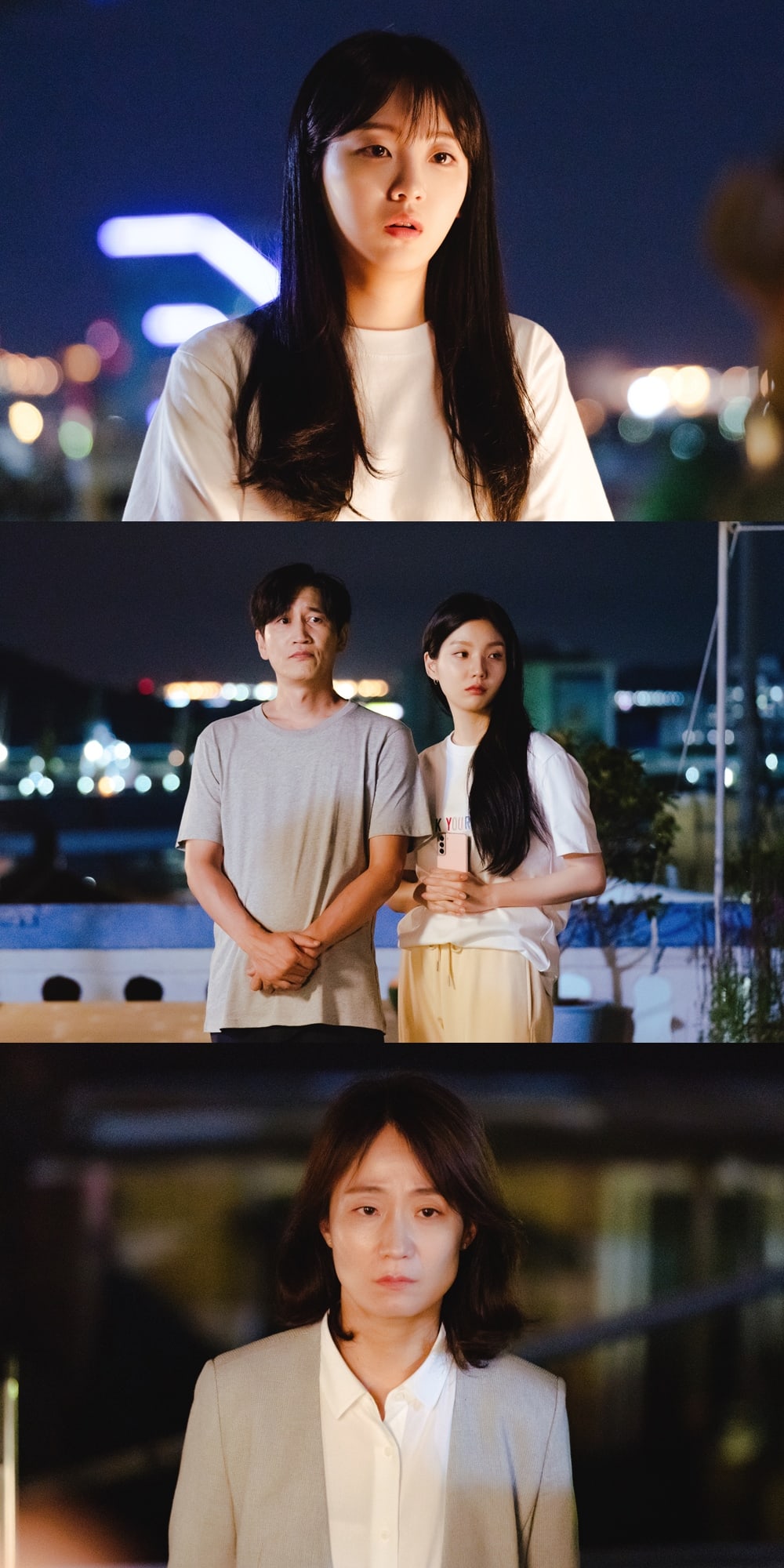 The drama’s producers commented, “There will be a confrontation between a parent and child that can be seen in any family. Please pay attention to not only the story of Jin Ji Won’s family, who is in conflict over her dream, but also the story of each character. In particular, there will be more exciting development as the conflict between the mother and daughter deepens, so please show [the drama] a lot of interest.”

Check out a pre-premiere special episode for the drama with English subtitles below: