The new main poster pictures Kang Ro Seo inside a large liquor jar. Nam Young looks frozen in shock as he holds the lid up, revealing Kang Ro Seo inside. The text on both posters reads, “The risky pursuit romance of a principled inspector and a woman who illegally brews alcohol.” 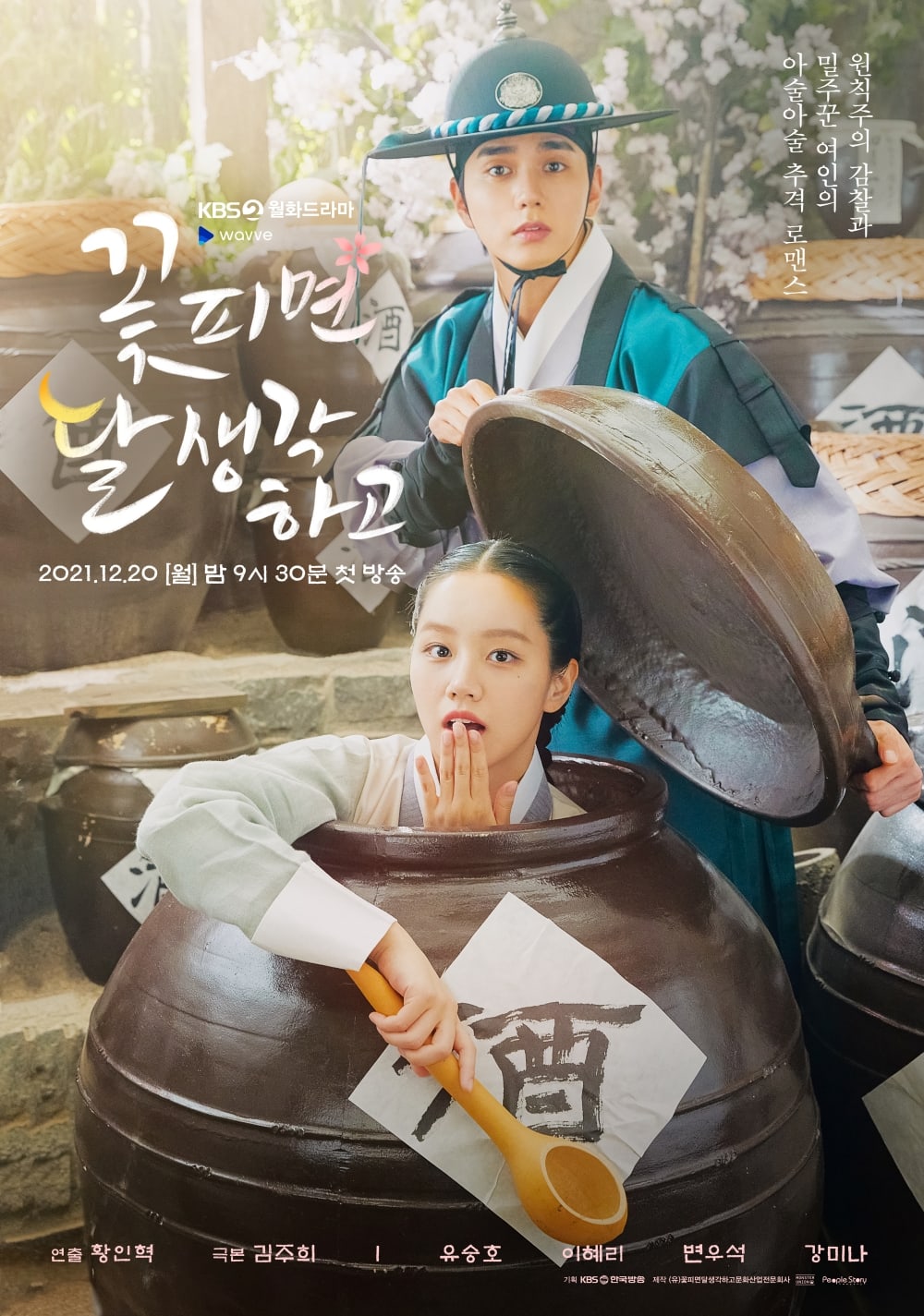 Another poster captures the thrilling pursuit between Kang Ro Seo and Nam Young. Hawk-eyed Nam Young looks dejected as if he’s just lost sight of the illegal alcohol brewer right in front of him while Kang Ro Seo crouches down in front of the large liquor jars in order to escape Nam Young’s vigilant gaze. 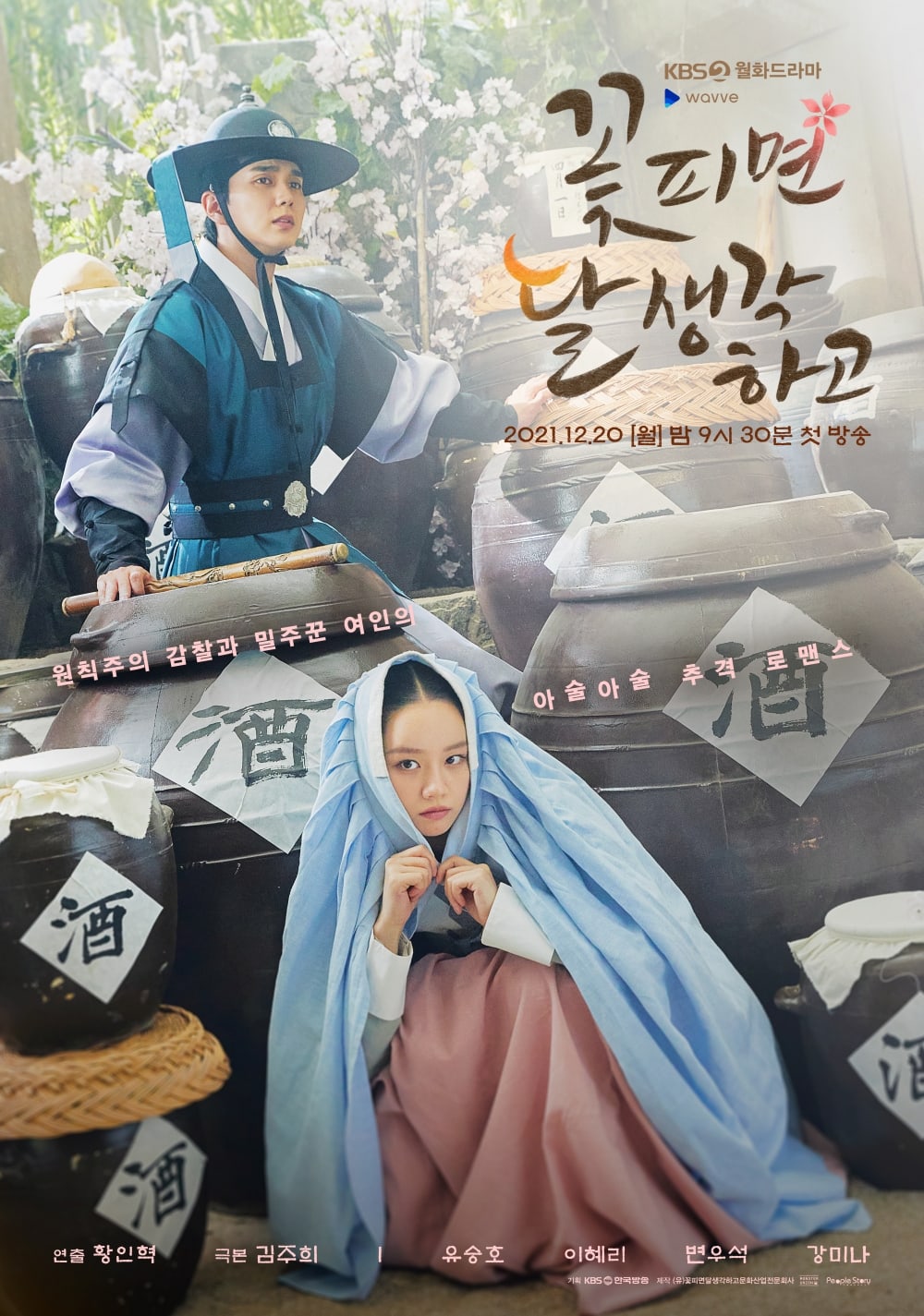 The production team shared, “Nam Young and Ro Seo are characters who confront each other as an illegal alcohol inspector and illegal alcohol brewer, and the main poster and sub poster subtly capture the two youths’ risky relationship. Please greatly anticipate ‘Moonshine,’ which is full of an electrifying yet heart-fluttering story of the two figures.”

In the meantime, watch Hyeri in her recent drama “My Roommate Is a Gumiho” with subtitles below: