The next episode of “School 2021” will dive deeper into the stories of the main characters!

The eighth installment in KBS’s popular “School” drama series, “School 2021” will tell the story of high school students choosing to follow their dreams instead of just preparing for college entrance exams. The coming-of-age tale will follow the growth, friendships, and romances of 18-year-olds facing an uncertain future. WEi’s Kim Yo Han stars as Gong Ki Joon, a former Taekwondo athlete who must give up on his dream due to an injury, while Cho Yi Hyun plays his first love Jin Ji Won, who is determined to achieve her dream of becoming a carpenter.

The premiere episode on November 24 showcased the passionate acting of the youthful actors who portrayed the story of Nulji Science and Technology High School students who are already heading towards their dreams at a young age.

The bold and dextrous Jin Ji Won took interest in the apprenticeship class, which would allow her to receive both classroom education and on-the-job training. However, she ran into an obstacle in her path to becoming a carpenter when she got into a conflict with her mother Jo Yong Mi (Kim Soo Jin) about her future.

New stills reveal Jin Ji Won in receiving her on-the-job training with Jung Min Seo (Lee Ha Eun). However, she appears dissatisfied by their menial tasks that are far from what she was expecting. On the other hand, Jung Min Seo has an expression of resignation on her face. But when the manager at the office says something that crosses the line, Jin Ji Won becomes unable to hold back her anger. 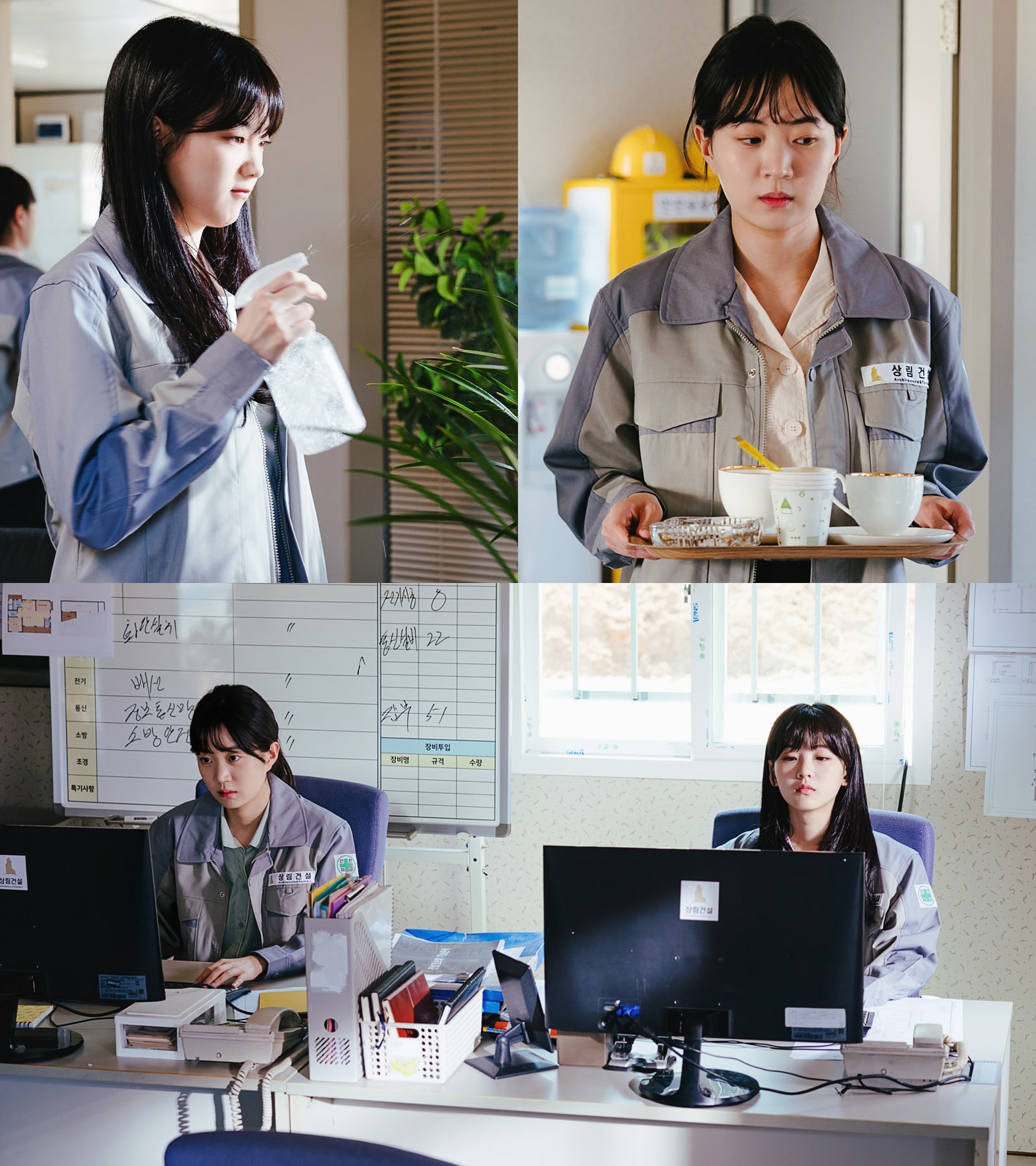 Meanwhile, Kim Yo Han showed that he was in perfect sync with his character Gong Ki Joon since the premiere episode. Gong Ki Joon’s hidden connection with Jin Ji Won and Jung Young Joo (Chu Young Woo) also piqued the curiosity of viewers.

In other stills, Gong Ki Joon is seen all alone in the Taekwondo club room where the lights are turned off. Curiosity is mounting over why he has come to this place that holds painful memories for him.

He then finds an anonymous message in his locker that turns his expression into one of confusion. The memo that he’s unable to take his eyes off of is said to contain something that will cause an unexpected stir. It appears that a storm is about to hit the quiet Nulji Science and Technology High School. 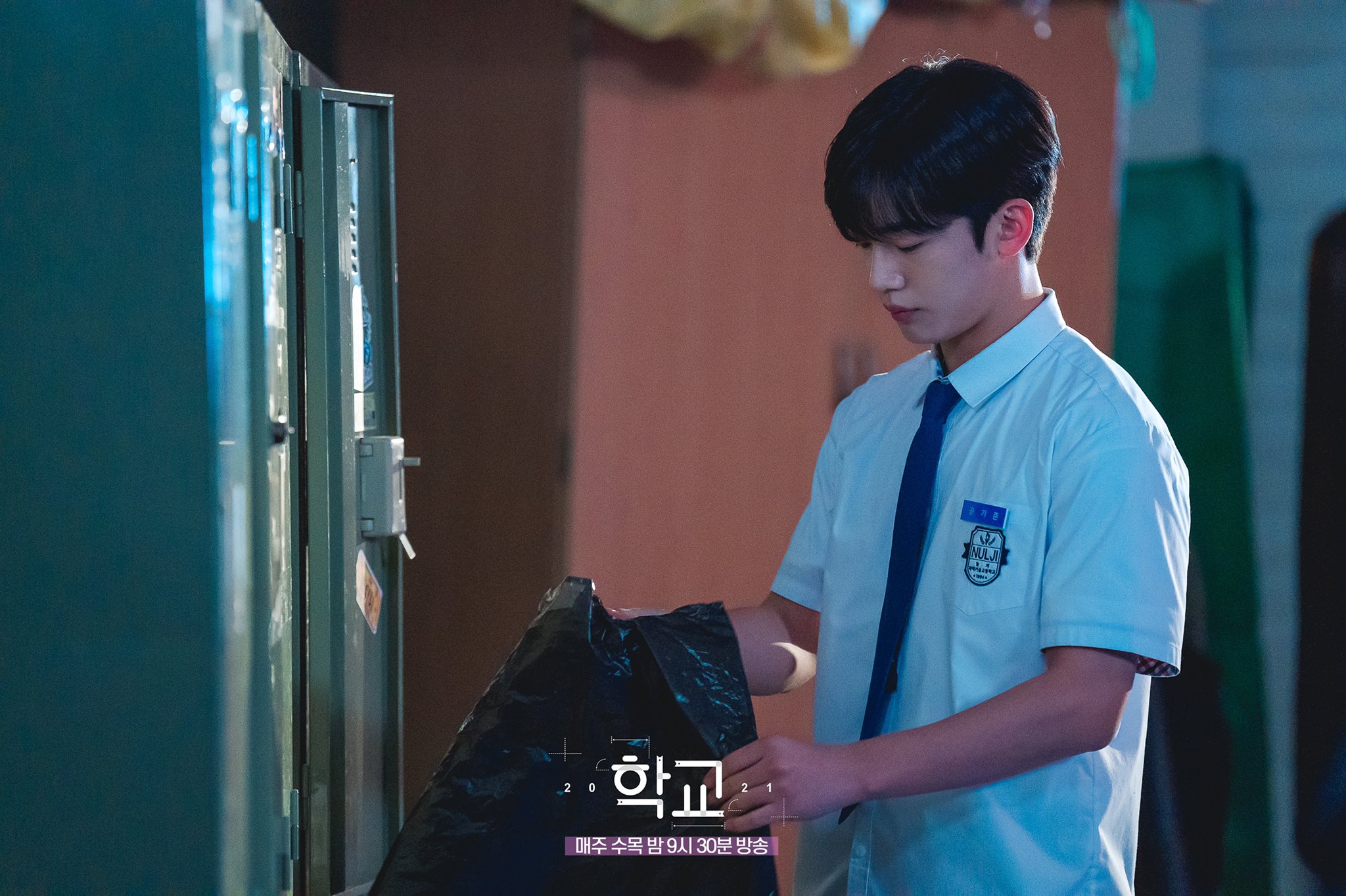 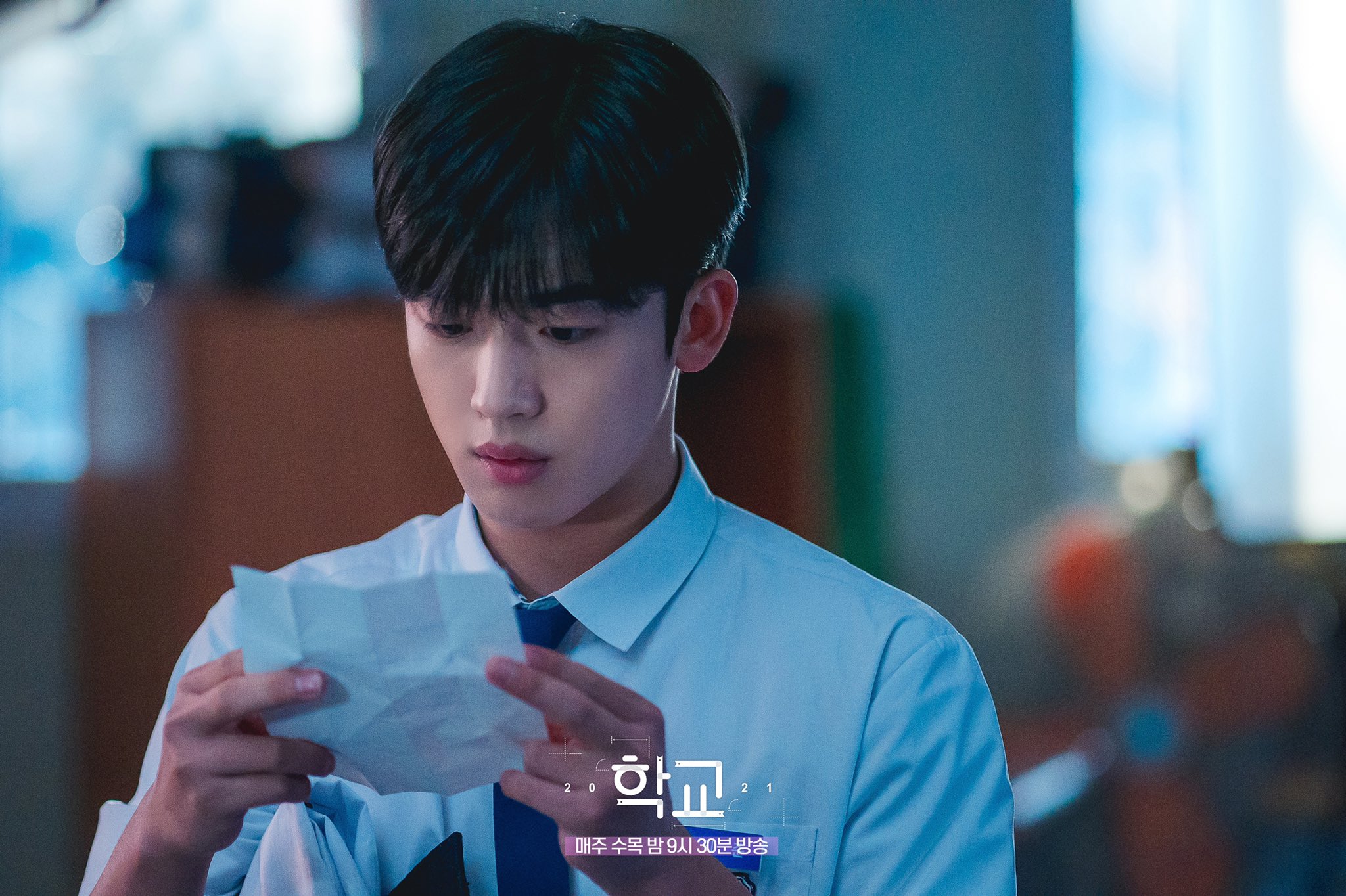 The producers of “School 2021” explained, “A huge incident that no one expected will take place in today’s broadcast. Please watch the episode to see how the 18-year-old high schoolers with different concerns and backstories will overcome these happenings.”

Check out the first episode here!