KBS’s upcoming historical drama “When Flowers Bloom, I Think of the Moon” (literal translation) has released the first stills of Byun Woo Seok and Kang Mina!

“When Flowers Bloom, I Think of the Moon” is a drama that is set during the period of the Joseon era when prohibition laws were at their strongest. It is about the romance between Kang Ro Seo (Hyeri), a struggling aristocrat who starts illegally making alcohol in order to support her family, and Nam Young (Yoo Seung Ho), Joseon’s greatest inspector who is known for living a very principled life.

Byun Woo Seok plays Lee Pyo, who is tall, good-looking, and talented at both martial and fine arts, but has no taste for books or studying. He is a crown prince who shirks his duties, and being an alcoholic, frequently sneaks out of the palace to drink illegally.

In the new stills, Byun Woo Seok shows how Lee Pyo disguises himself as a wealthy aristocrat to go out drinking. He wears beautiful clothes and projects an air of charm and authority, but is only really happy when he’s drinking. The production staff stated, “Lee Pyo will capture the viewers’ attention with his unusual set-up of being a crown prince who sneaks out of the palace to drink prohibited alcohol.” 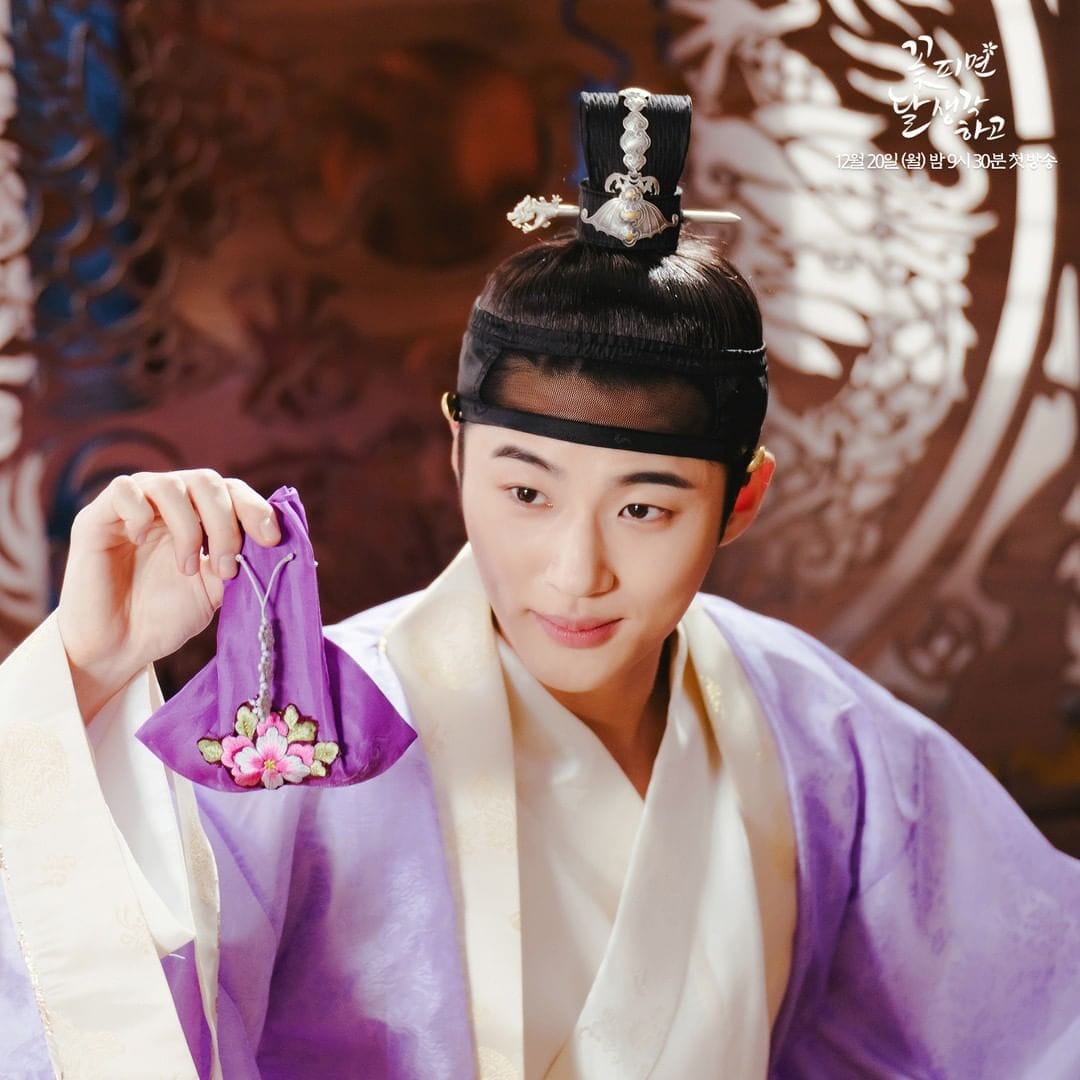 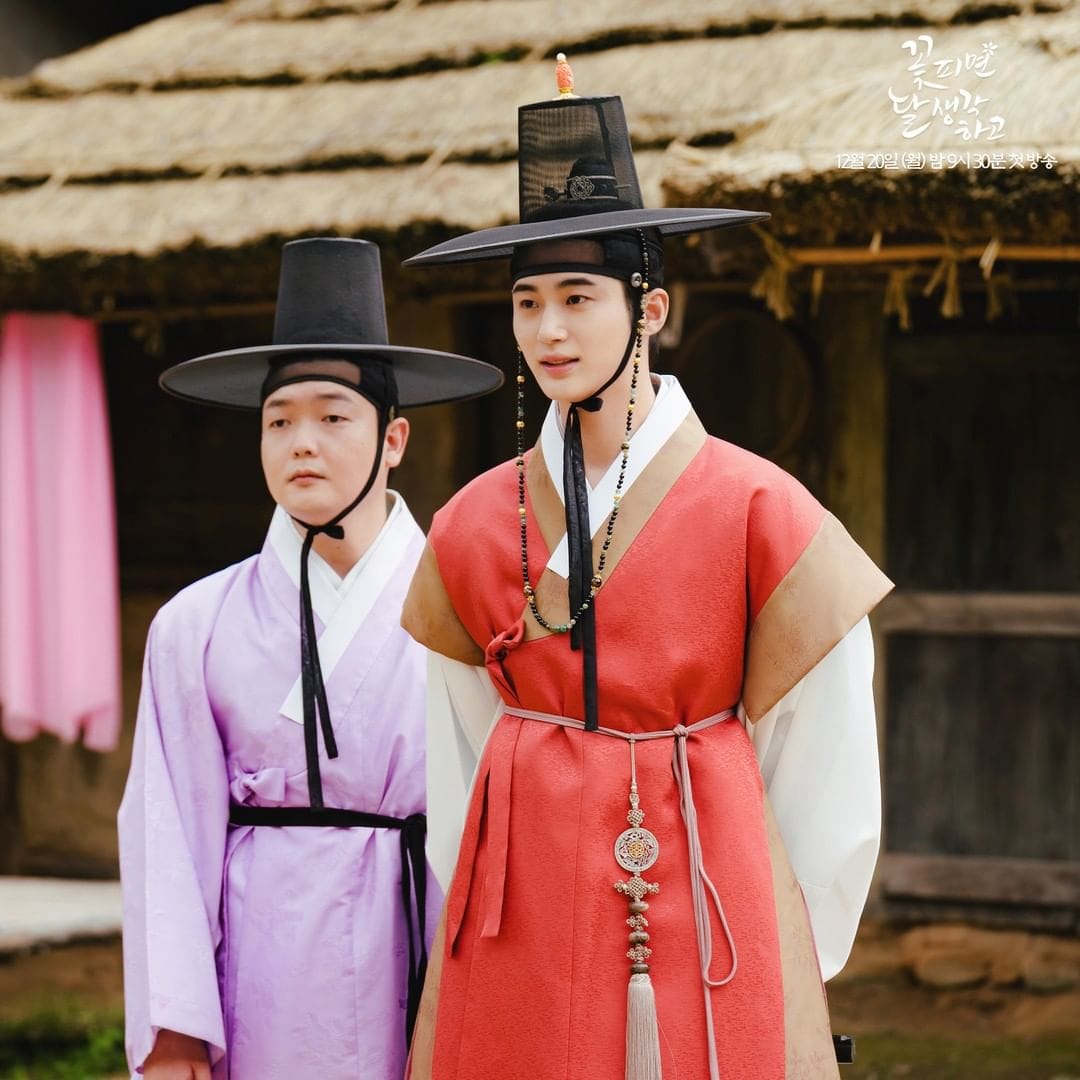 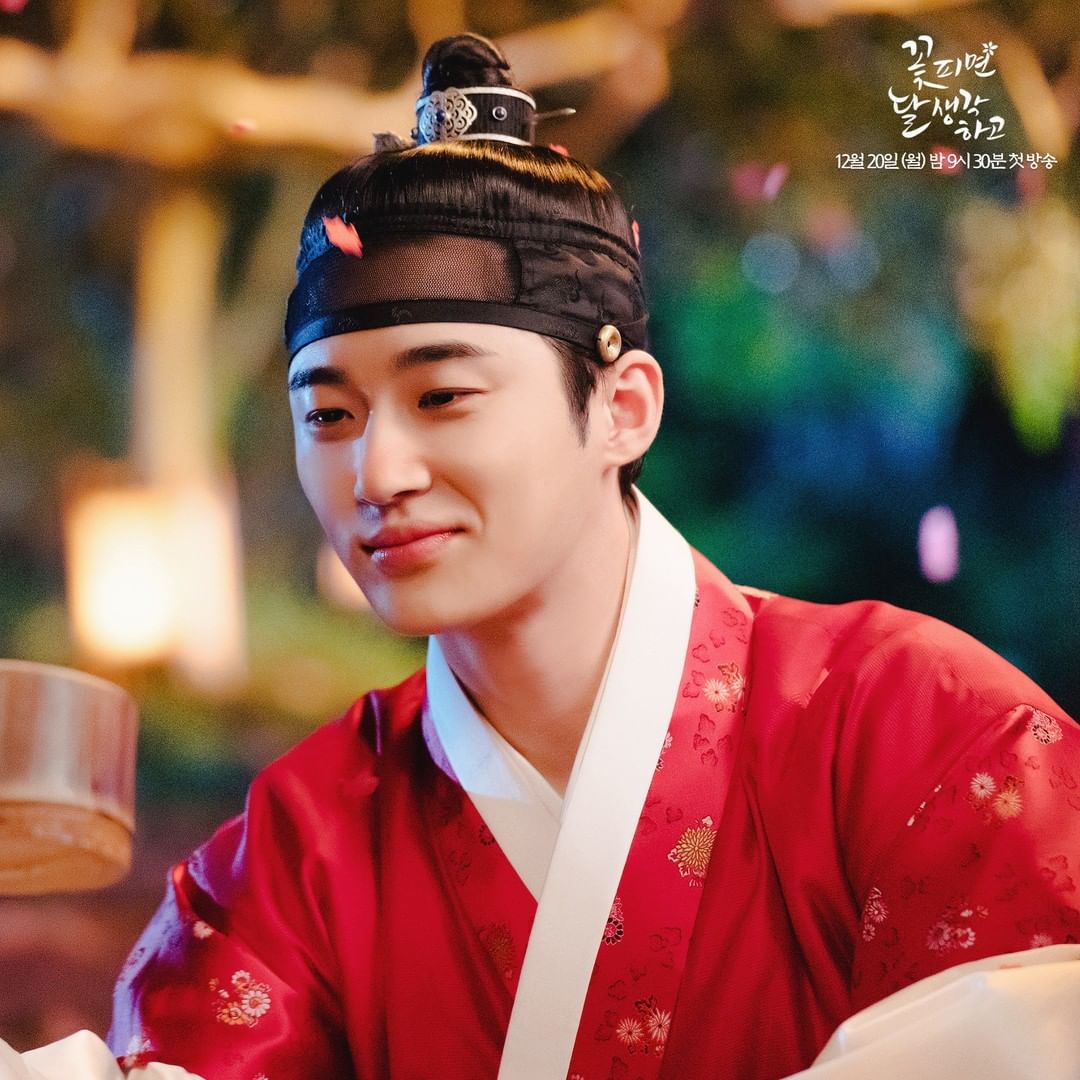 Kang Mina plays Han Ae Jin, the beloved only daughter of a high-ranking noble family. She grew up carefully cultivated like a flower, eating only the choicest foods and wearing only the choicest clothes. To her father, Han Sang Woon (Lee Hwang Eui), she is the apple of his eye. Growing up in this environment, she always got what she wanted and never had to do what she didn’t want to do. However, she has a lot of curiosity about the world outside her family home and has an unpredictable personality.

Her biggest dream is to find a handsome husband. Her attitude toward life is, “There’s a lot of things I want in the world, but since I can’t have all of them, I’d like the pleasure of living with a husband with a handsome face.” The production staff stated, “Han Ae Jin’s brightness and unpredictability adds depth to the drama.” 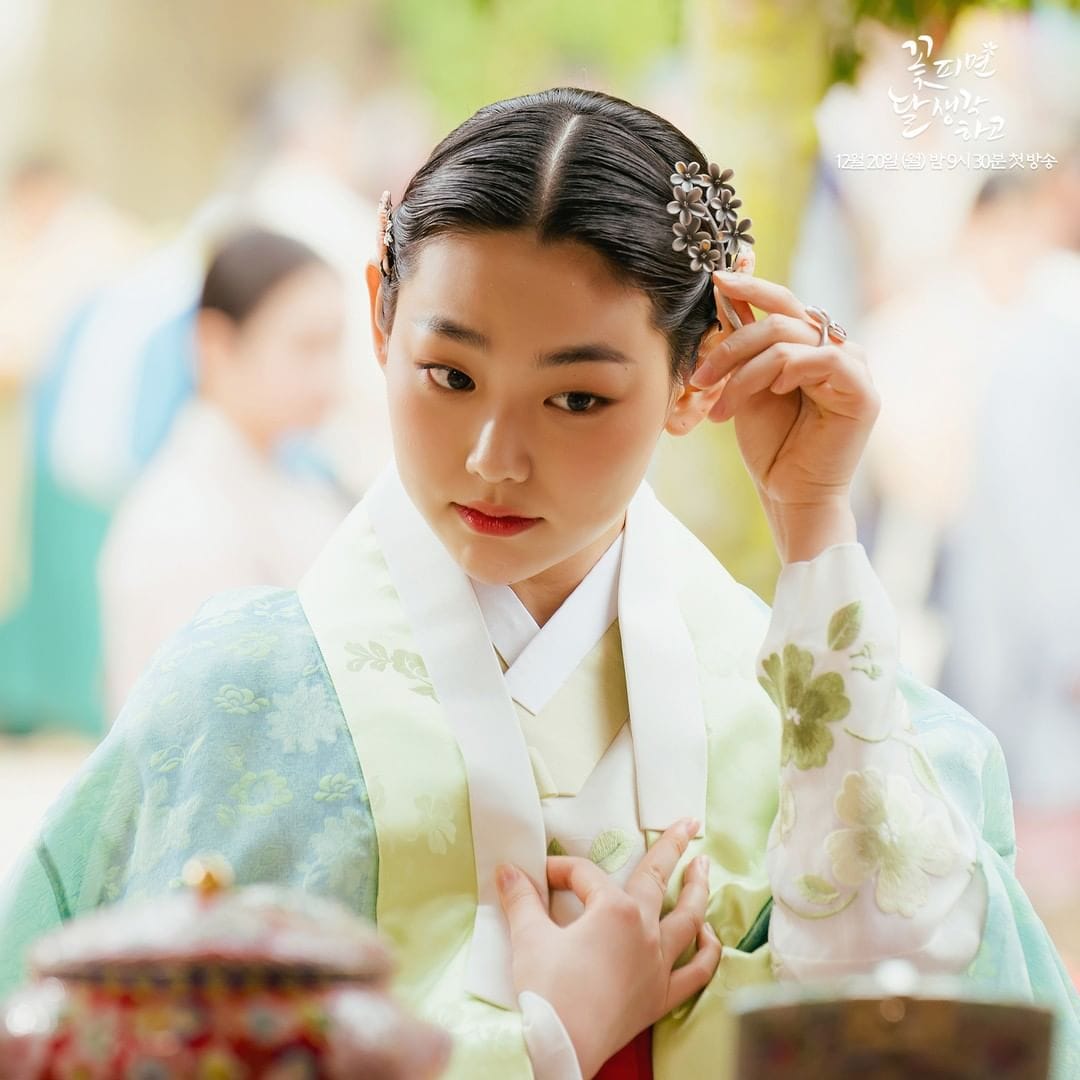 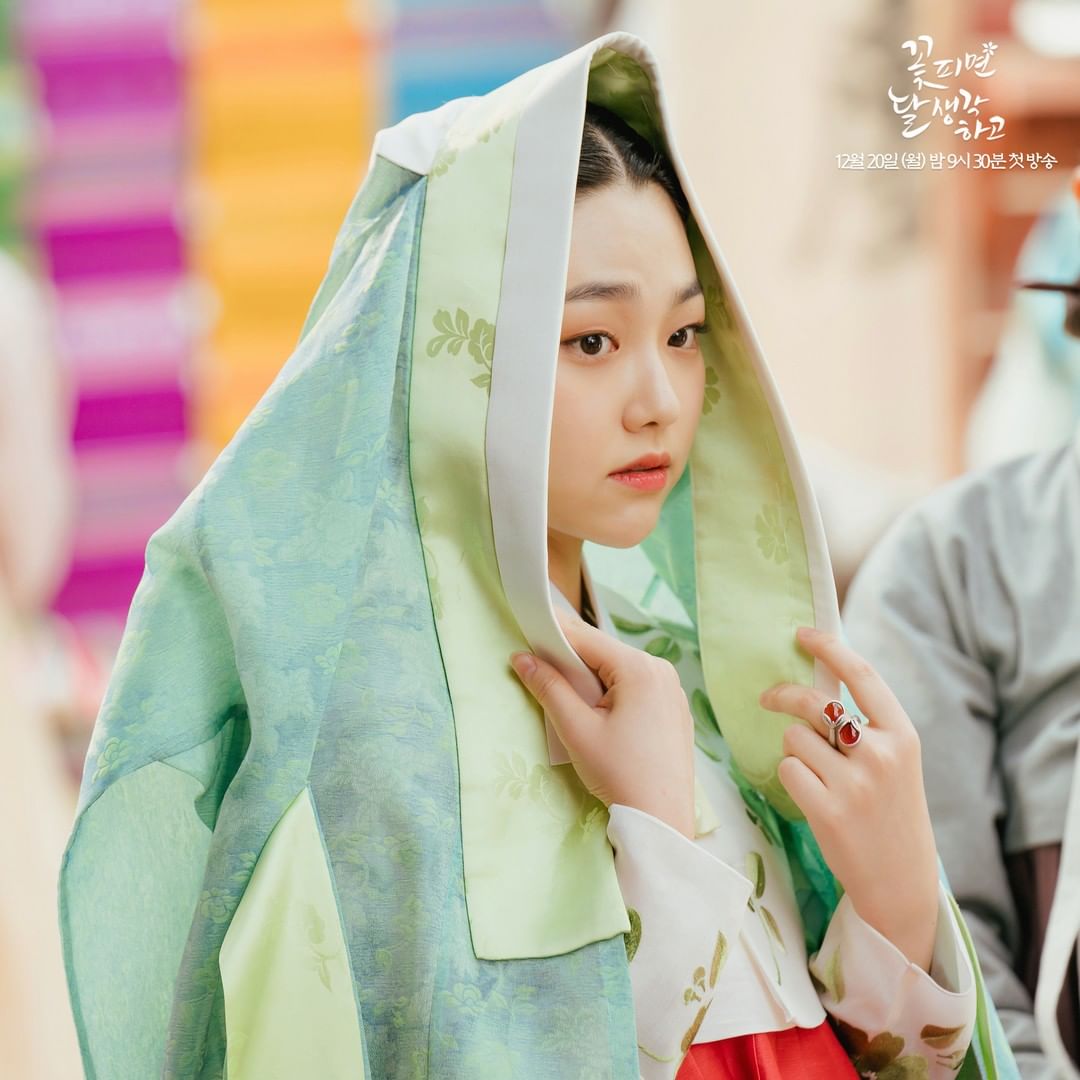 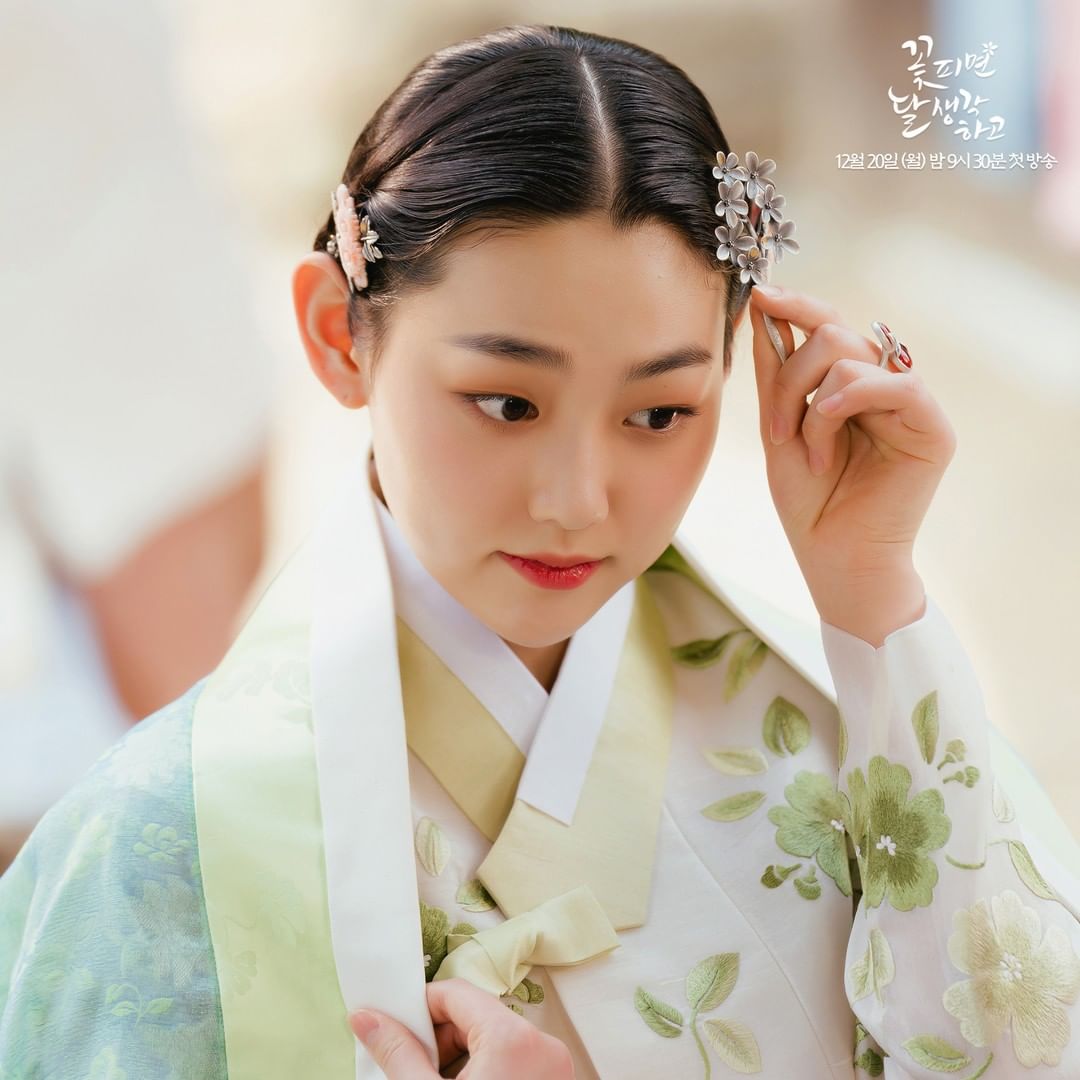 “When Flowers Bloom, I Think of the Moon” premieres after “The King’s Affection” on December 20.

… and Kang Mina in “Mama Fairy and the Woodcutter” here!

Kang Mina
Byun Woo Seok
How does this article make you feel?