Gaon Chart has released its weekly rankings for the week of November 14 to November 20. 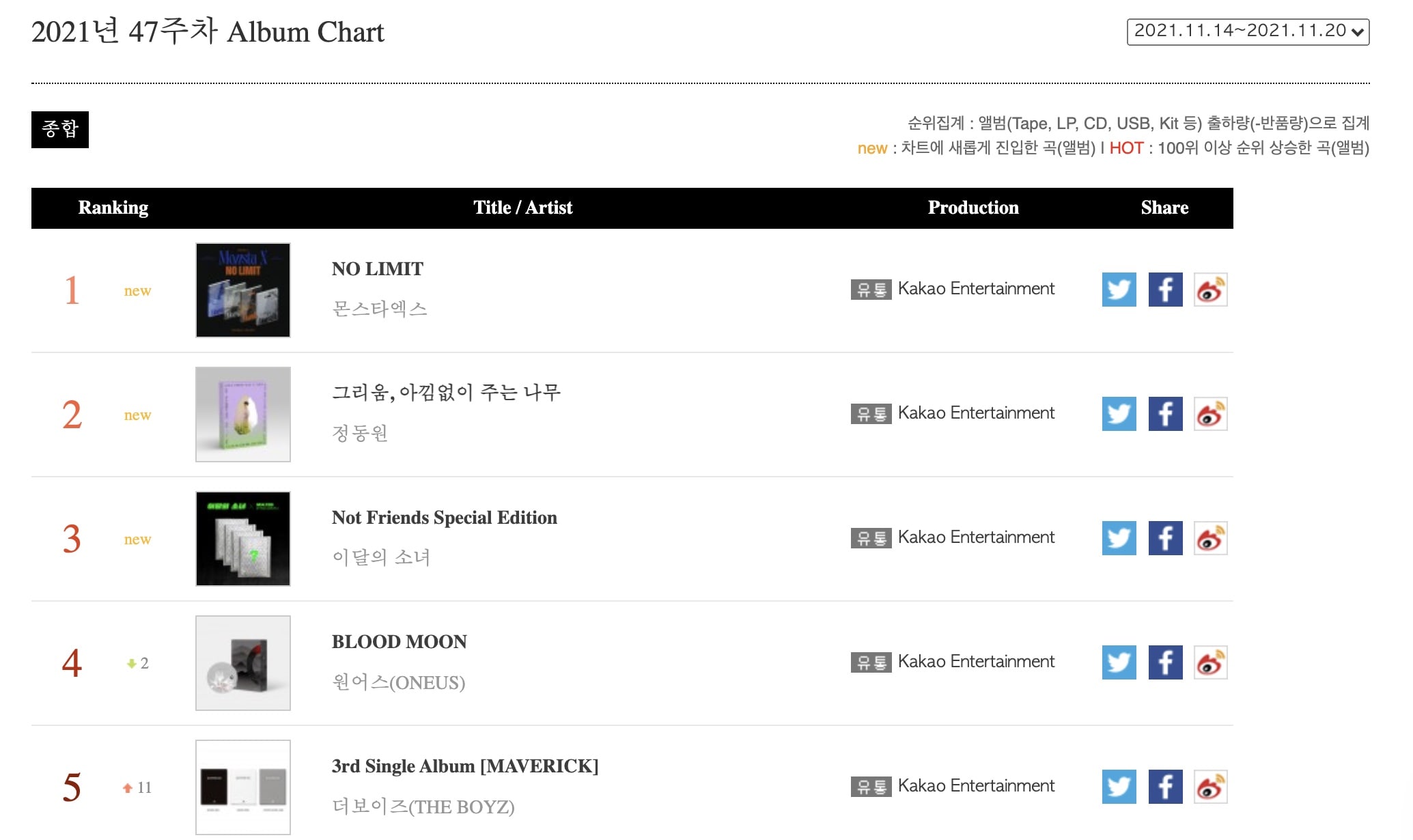 MONSTA X topped this week’s album chart with their new EP “NO LIMIT.” Coming in at No. 2 was trot singer Jeong Dong Won’s first studio album, “The Giving Tree,” and the special edition of LOONA’s “Not Friends,” produced by Ryan Jhun, followed at No. 3. ONEUS’s “BLOOD MOON” dropped two places to stay in the top five, while THE BOYZ’s “MAVERICK” rose 11 places to round out the top five. 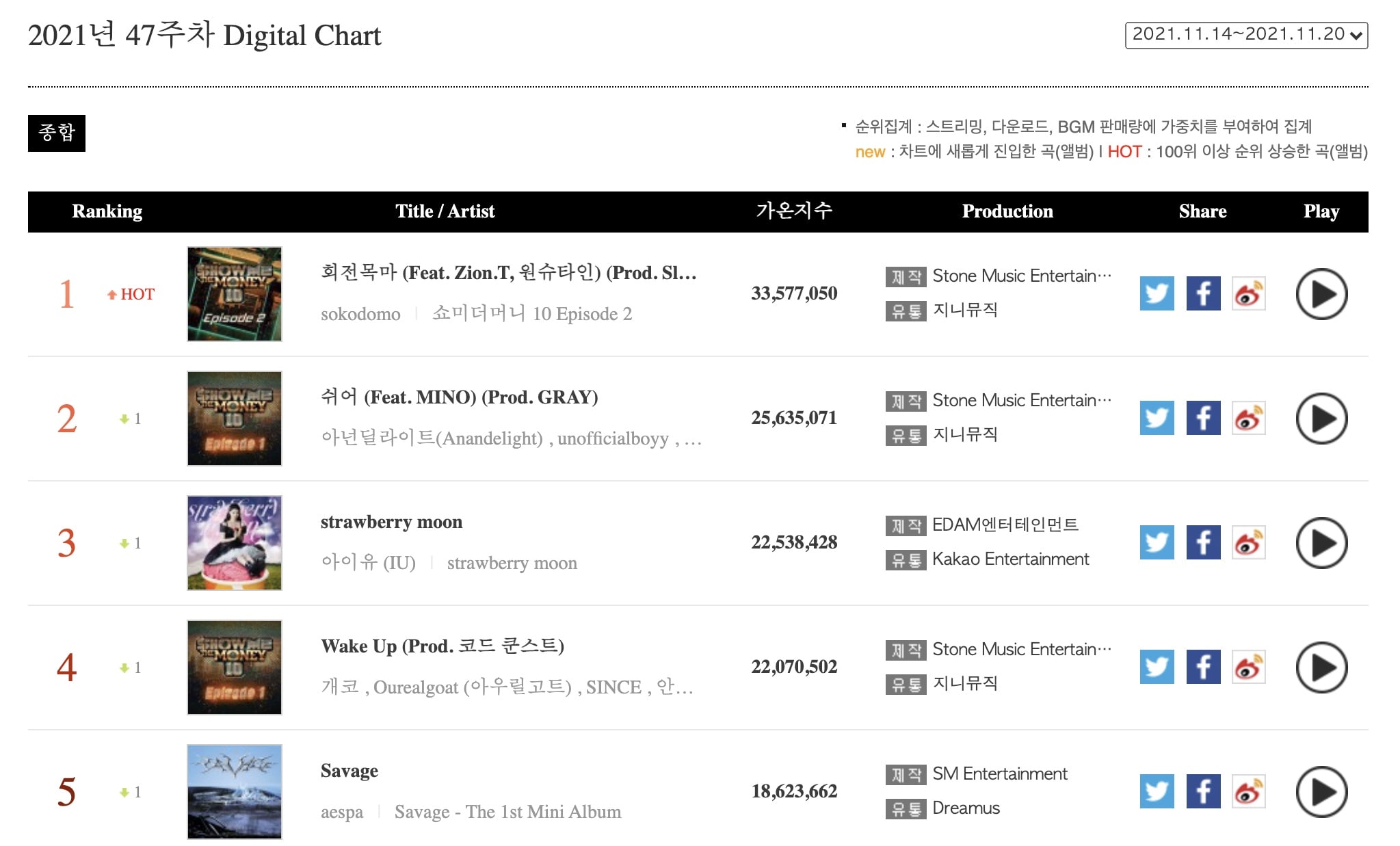 “Show Me the Money 10,” which began to rise on the charts starting last week, dominated all the non-album and non-social charts this week. sokodomo’s “Merry-Go-Round,” featuring Zion.T and Wonstein and produced by Slom, which recently scored a perfect all-kill, topped the digital chart for the week of November 14 to 20. “BREATHE,” from Anandelight, Mudd the Student, BE’O, unofficialboyy, and Geegooin, featuring WINNER’s Song Mino and produced by Gray, came in at No. 2. “Wake Up” by Ourealgoat, SINCE, Ahn Byeong Woong, Tabber, and Jo Gwang Il, featuring Gaeko and produced by Code Kunst, took No. 4. The rest of the top five were rounded out by IU’s “strawberry moon” (No. 3) and aespa’s “Savage” (No. 5). 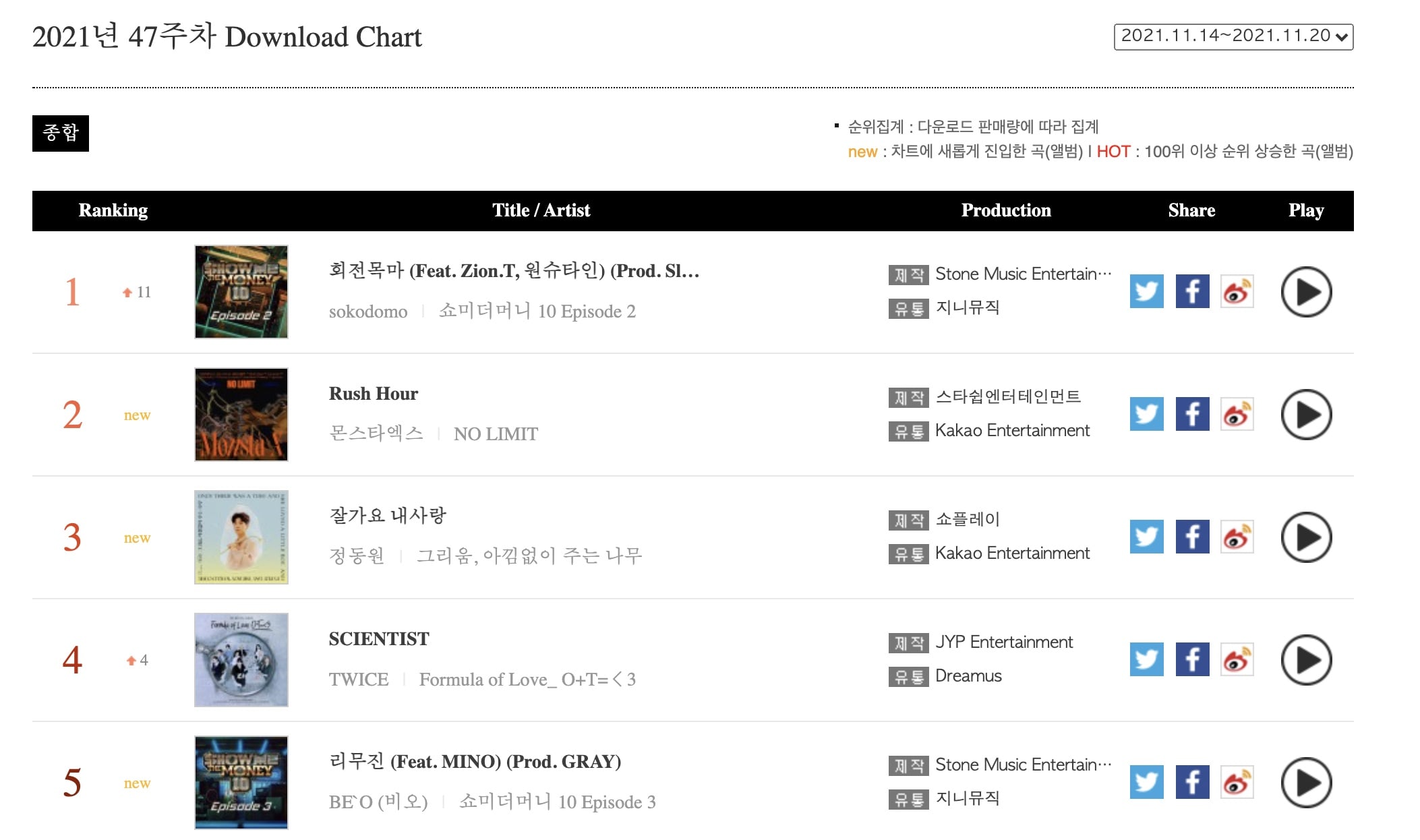 “Merry-Go-Round” topped this week’s download chart as well, followed by three new songs: MONSTA X’s “Rush Hour” (No. 2), Jeong Dong Won’s “Goodbye My Love” (No. 3), and BE’O’s “Limousine,” featuring Song Mino and produced by Gray (No. 5). TWICE’s “SCIENTIST” rose back up the ranks to take No. 4 on the download chart this week. 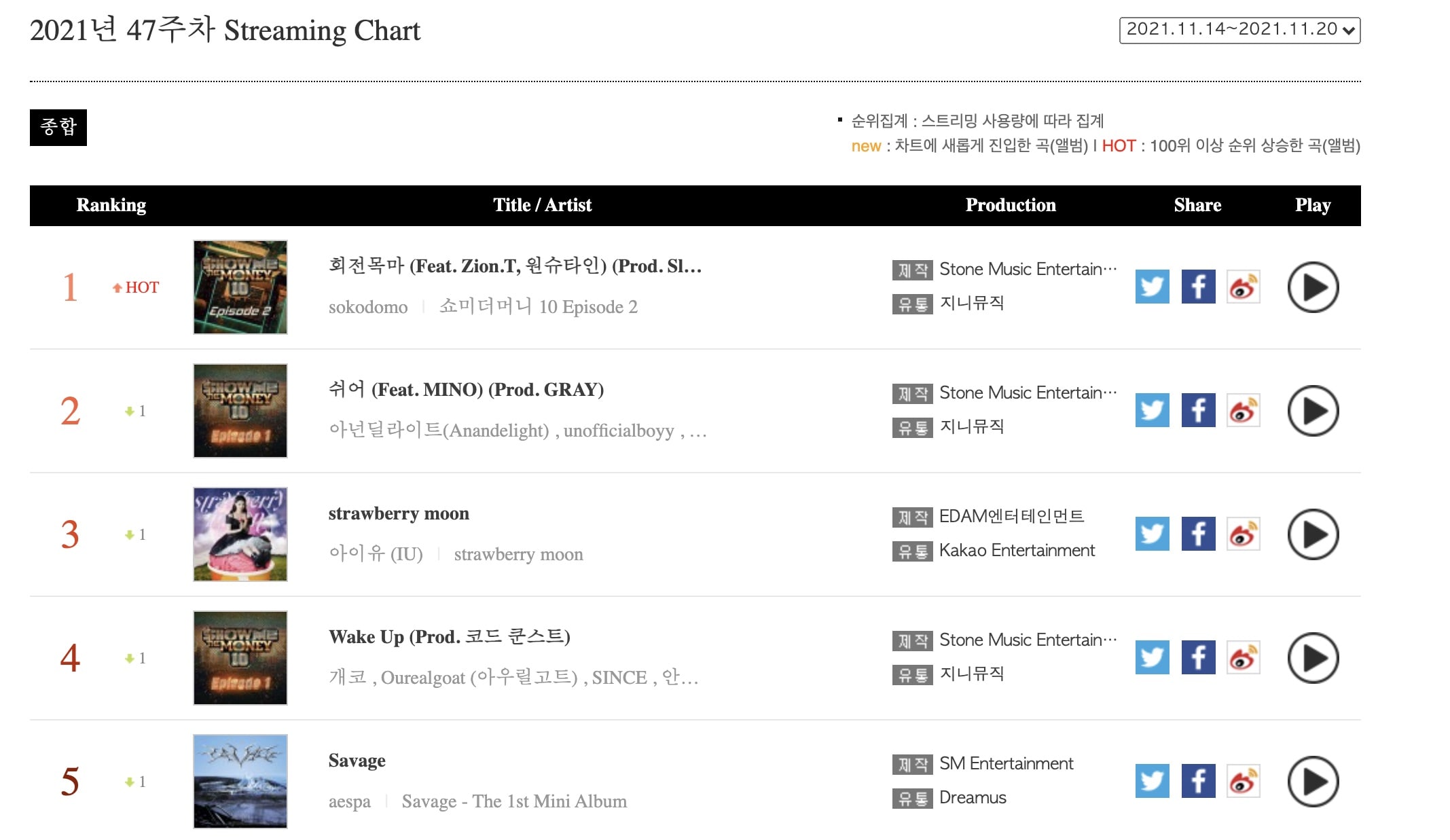 The top five for this week’s social chart was the exact same as last week’s, with BTS at No. 1, BLACKPINK’s Lisa at No. 2, BLACKPINK at No. 3, trot singer Lim Young Woong at No. 4, and TWICE at No. 5.