Jun So Min, Song Yoon Ah, And Lee Sung Jae Dish On Their Chemistry As Husband, Wife, And Mistress In “Show Window: The Queen’s House”

The stars of Channel A’s upcoming drama “Show Window: The Queen’s House” have shared their thoughts on their experience working together!

“Show Window: The Queen’s House” is a new drama about a woman who supports another woman’s affair—without knowing that the affair is with her own husband. Song Yoon Ah will star as Han Sun Joo, the queen of her picture-perfect family, while Lee Sung Jae will star as Shin Myung Seob, her seemingly devoted husband. Jun So Min will star in the drama as Yoon Mi Ra, who befriends Han Sun Joo while secretly carrying on an affair with her husband behind her back.

Notably, after appearing together in the 1997 drama “Beyond the Horizon,” former co-stars Lee Sung Jae and Song Yoon Ah reunited for the first time in 24 years to work together on “Show Window: The Queen’s House.”

Lee Sung Jae remarked, “I’m so happy to be working together with Song Yoon Ah again on another project. When we act together, Song Yoon Ah’s cheerful vibe and energy rubs off on me, so I’m filming with a happy heart.”

“It’s such a delight to act together with her,” he added, “because we always have a lot to learn from each other while acting with one another.” 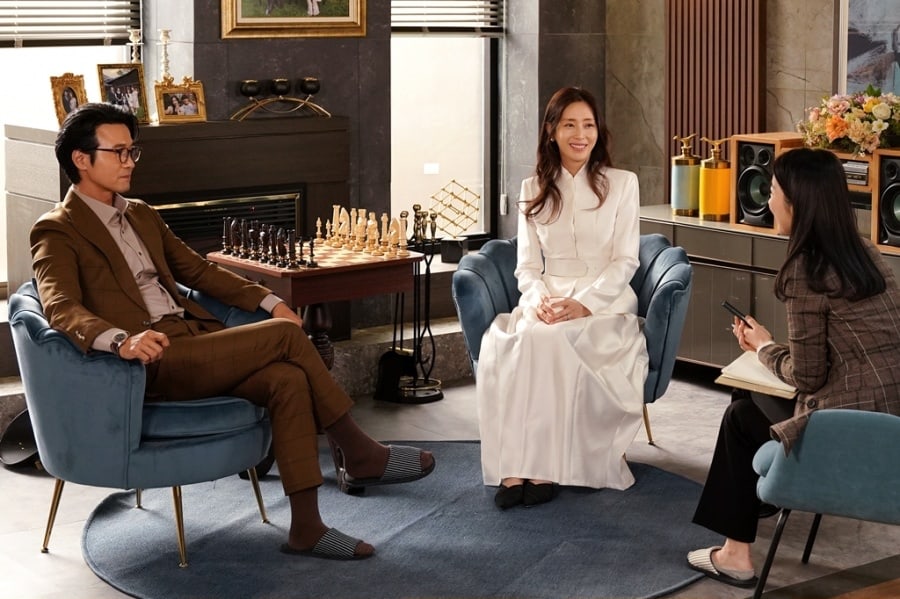 Jun So Min similarly raved about her experience working with the veteran actress, commenting, “Just being able to work together on set with [Song Yoon Ah], whose acting career was already thriving even before I began to dream of becoming an actress, is in and of itself a huge joy.”

She went on, “From our very first meeting up until now, I think Yoon Ah’s warm and considerate manner in the way she makes others feel comfortable has played a major role in creating a great atmosphere on set and our chemistry [as actors].” 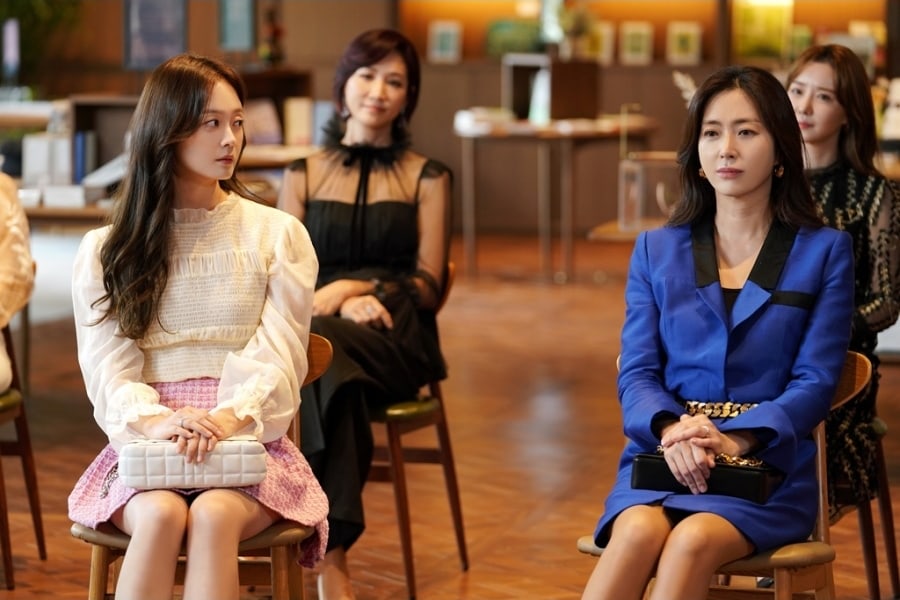 Lee Sung Jae also spoke highly of Jun So Min, with whom he will be portraying a torrid affair in the upcoming drama.

“She does have a playful and cute side that can be seen on her variety shows,” he said, “but on the filming set, she transforms completely into Mi Ra, and she also spends a lot of time thinking about her role and works really hard, which is great to see.”

The actor continued, “Because it’s her first time playing that kind of role, she must be dealing with some psychological pressure and a lot of concerns, but I myself am gaining a lot of strength from watching her make a flawless transformation into her character and work hard at her role. We discuss each and every scene [we film together], and we’re doing our utmost for the drama.” 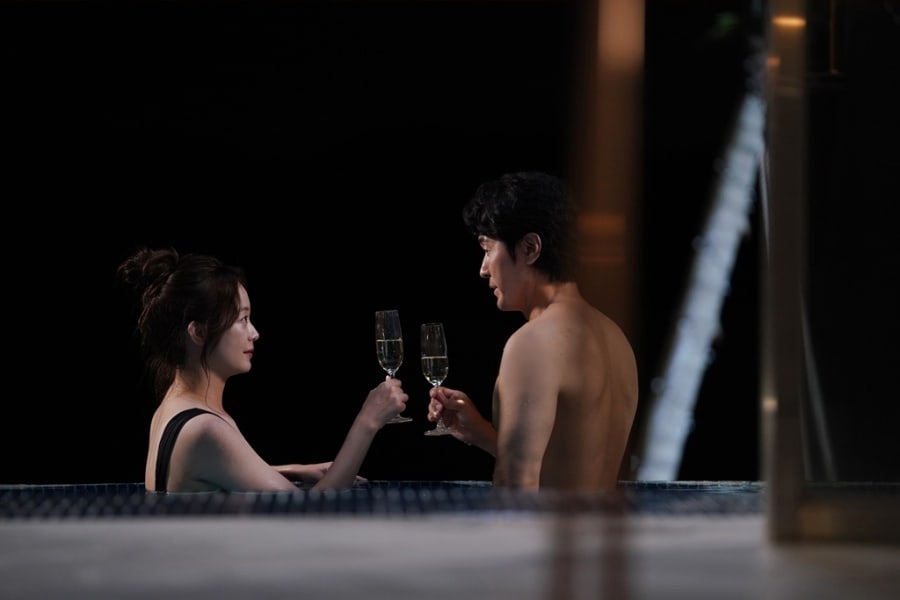