Despite all the obstacles standing in their way, Jang Ki Yong isn’t shy about pursuing Song Hye Kyo in SBS’s “Now We Are Breaking Up”!

On the previous episode of the drama, Yoon Jae Guk moved Ha Young Eun to tears with his heartfelt—and unusual—confession. He told her that if she truly felt it couldn’t work out between them, he would accept that, and they could go their separate ways. “Let’s say that we, who already began 10 years ago, are in the process of breaking up,” he said. “I don’t know how long it will take, but at least while we’re in the process of breaking up, let’s love one another.”

In newly released stills from the drama’s upcoming episode, Yoon Jae Guk seeks out Ha Young Eun while she’s having a meal with Seok Do Hoon (played by Kim Joo Heon). As soon as he lays eyes on Ha Young Eun, Yoon Jae Guk is unable to hold back a fond smile, revealing just how smitten he is with her. Meanwhile, Ha Young Eun freezes when she spots Yoon Jae Guk in the crowded restaurant, raising the question of how she will react to his arrival. 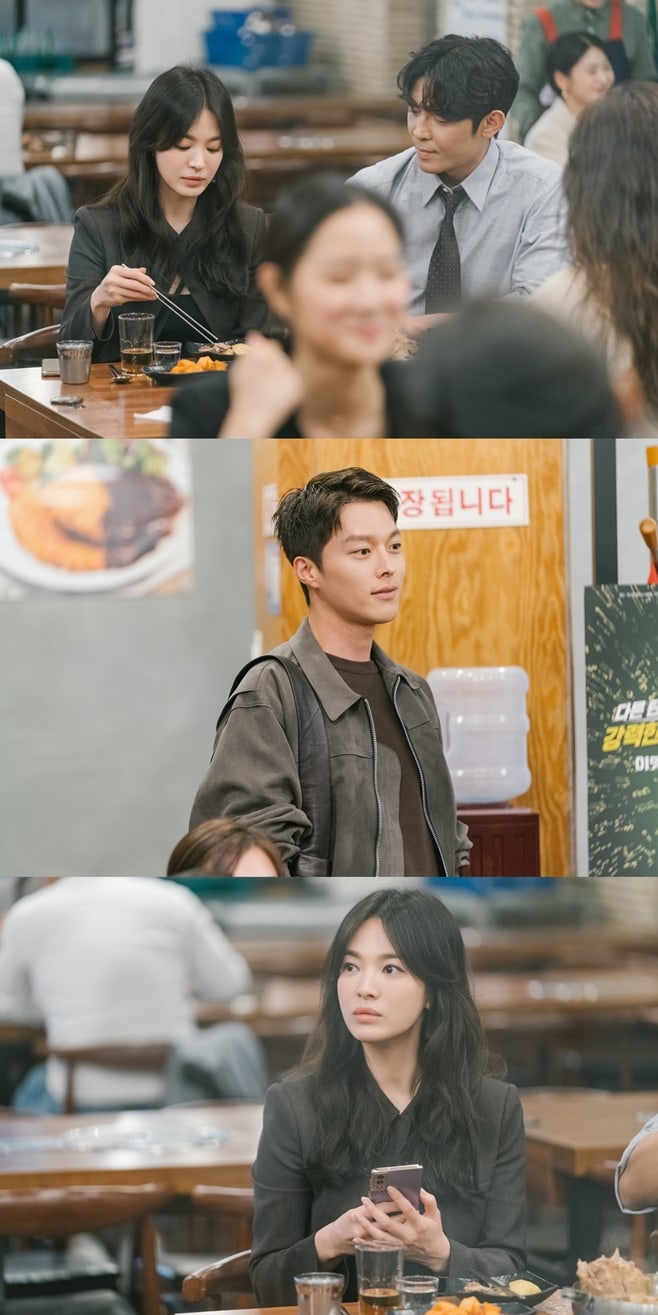 The producers of “Now We Are Breaking Up” teased, “In Episode 6, Yoon Jae Guk will become even more forward in expressing his feelings for Ha Young Eun. Meanwhile, Ha Young Eun will also slowly become more honest about her own feelings. With their detailed acting and chemistry, Song Hye Kyo and Jang Ki Yong are skillfully capturing the emotions of Ha Young Eun and Yoon Jae Guk. We hope that you will keep an eye on whether these two people will be able to face one another.”

Song Hye Kyo
Jang Ki Yong
Kim Joo Heon
Now We Are Breaking Up
How does this article make you feel?