On November 26, Gong Seung Yeon won the Best New Actress Award for her movie “Aloners” at the 42nd Blue Dragon Film Awards. As she tearfully accepted her award, the actress jokingly remarked, “To be honest, I was hoping yesterday that I might win, so I tried quickly preparing an acceptance speech. But my younger sister laughed at me, so I thought, ‘Oh, I must have gone overboard.’ If I’d known that I was going to win… I should have properly prepared a speech!” 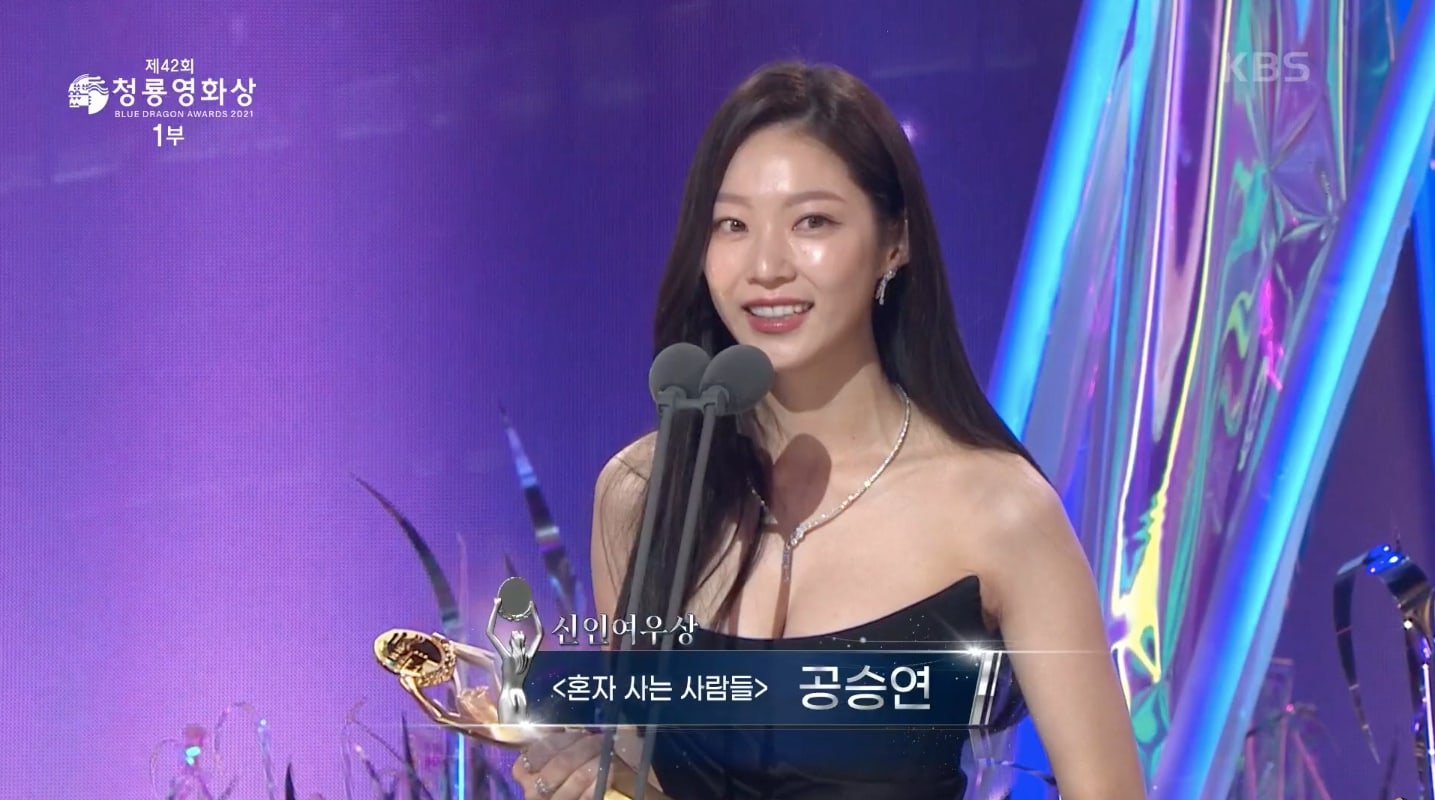 After the ceremony, Jeongyeon took to Instagram Stories to show love for her older sister and make an adorable clarification. The TWICE member shared a video that she filmed of her TV screen while watching the awards at home—and as Gong Seung Yeon accepts her award, Jeongyeon can be seen pumping her fist in excitement and support.

Jeongyeon wrote in the caption, “My unnie [older sister], I wasn’t laughing at you. On the inside, I actually expected you to win!!!! My cool older sister, congratulations, I’m so happy for you, and I’m rooting for you to meet more great projects in the future and get rich!!!!!! I love you so much. When we meet later, I’ll hug you.” 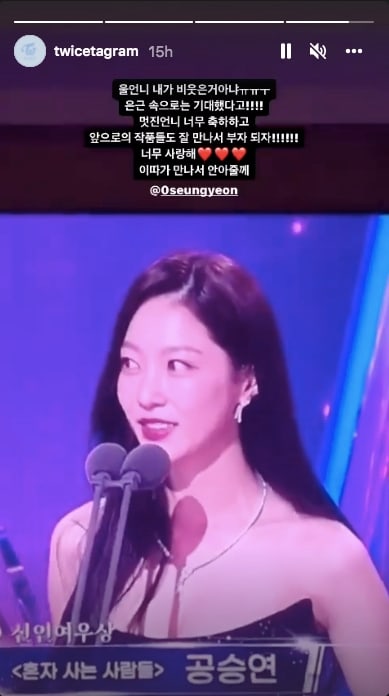 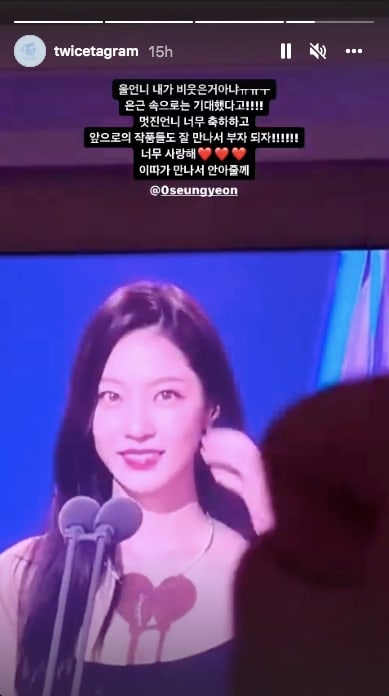