BTS successfully wrapped up the first day of their first offline concert in two years!

On November 27, BTS performed in front of fans at their concert “BTS PERMISSION TO DANCE ON STAGE – LA” at the SoFi Stadium in Los Angeles, United States.

Nearly 50,000 fans filled the stadium to welcome BTS back to the stage with cheers and the enthusiastic waving of their light sticks. The group performed numerous hit tracks, including “FIRE” and “DNA,” to the delight of their energetic audience. BTS also confessed their desire to see their fans through the songs “Telepathy” and “Stay,” utilizing a moving stage to make eye contact with fans all across the stadium. 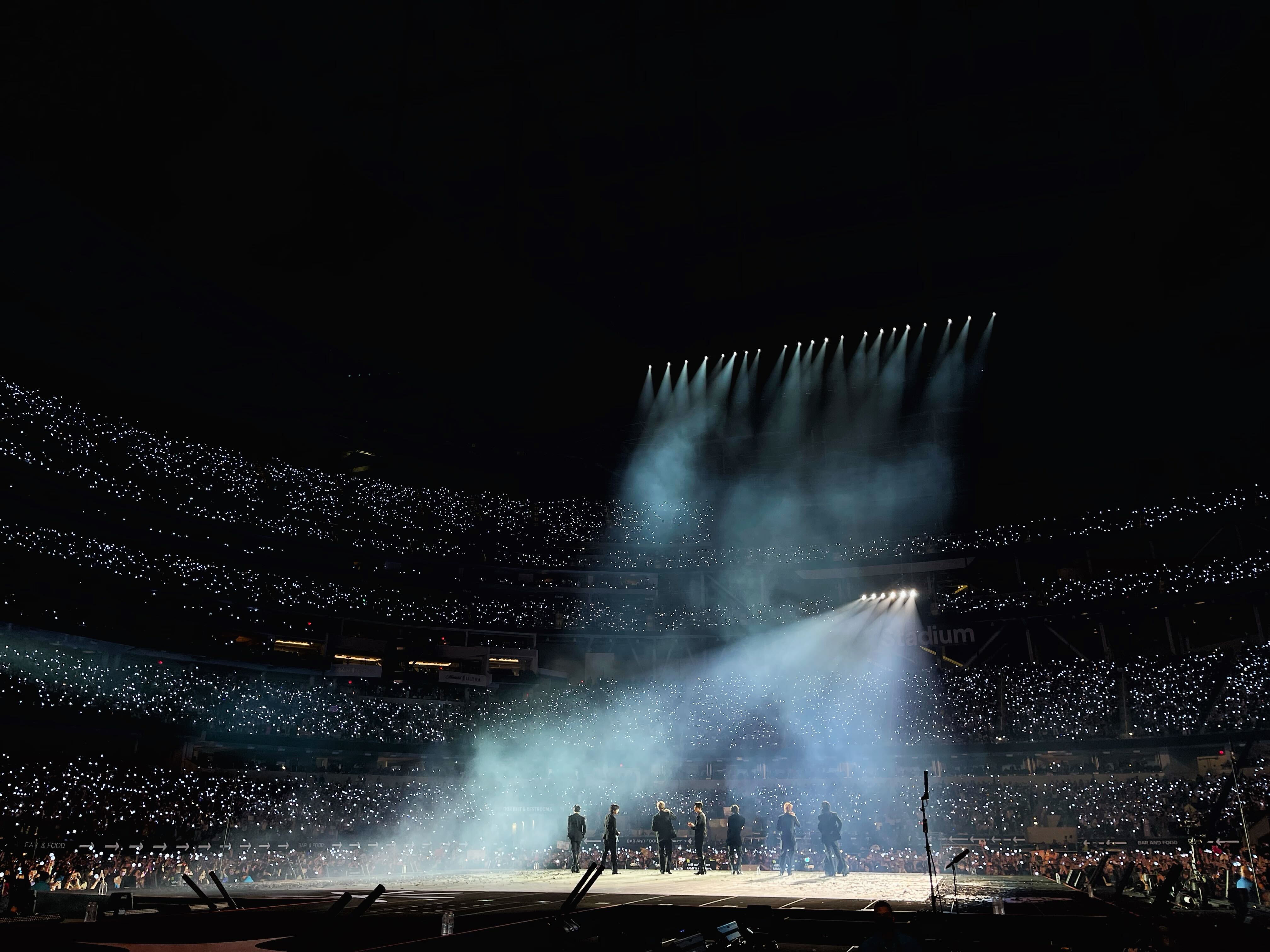 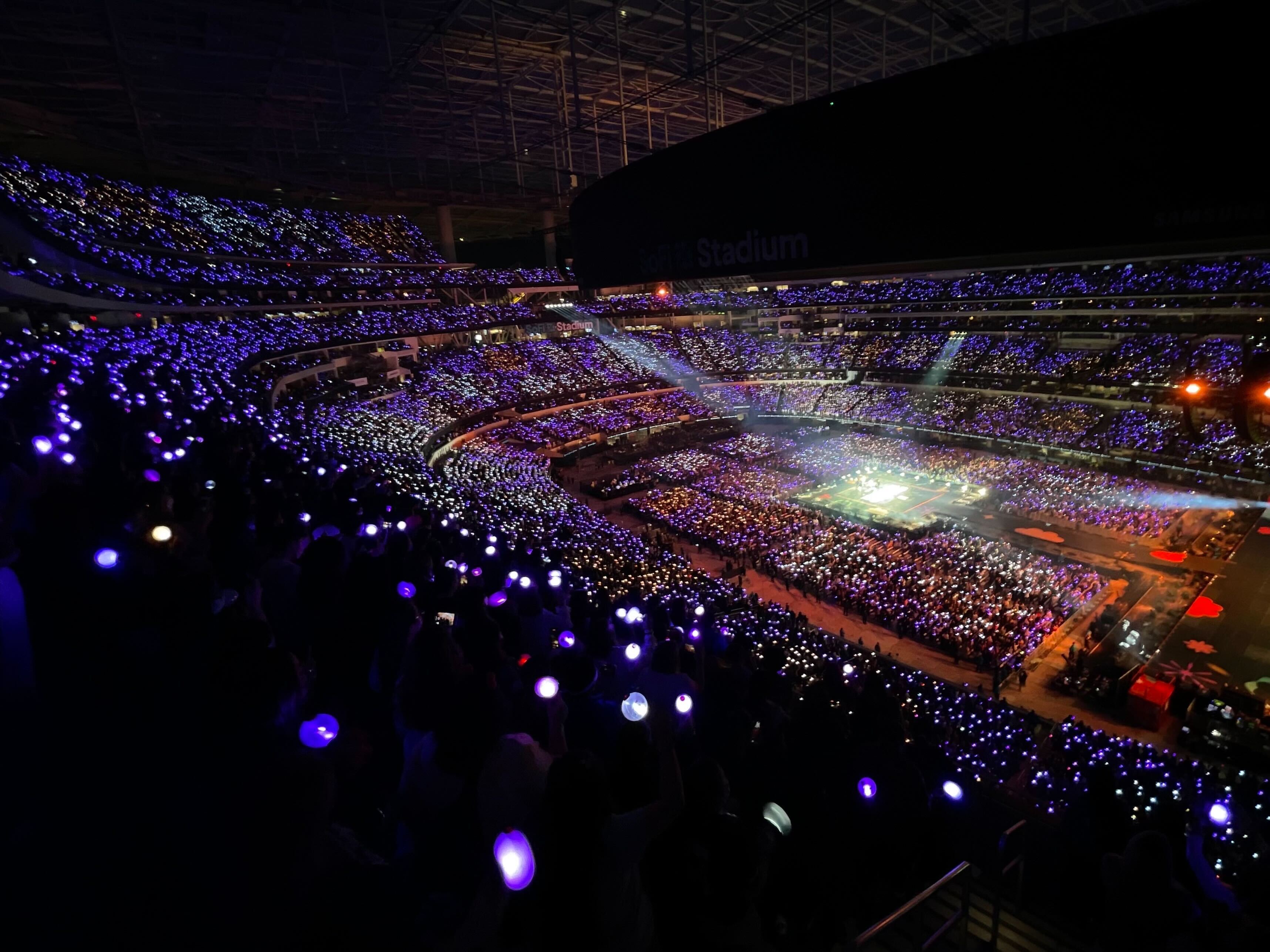 After the concert, BTS met up with American artist Anderson .Paak and his son! The group posted a photo on their official Twitter account with the tweet, “Look who we met!” In the photo, they proudly hold copies of Silk Sonic’s album “An Evening with Silk Sonic.” Silk Sonic is an R&B duo composed of Anderson .Paak and Bruno Mars.

Anderson .Paak also took to his Instagram account to post pictures of both him and his son with the group. The artist included a video where he sings his and Bruno Mars’s hit song “Leave the Door Open” together with the group, some footage of him dancing during the concert, and also a clip of the artists exchanging each other’s albums.

“BTS PERMISSION TO DANCE ON STAGE – LA” will continue for three more days for a total of four shows. The concert is also being livestreamed at the YouTube Theater, which has a capacity of 6,400 seats.

BTS
Anderson .Paak
How does this article make you feel?