Jang Won Young, who is part of Starship’s upcoming girl group IVE, recently participated in a pictorial with Harper’s Bazaar.

In the accompanying interview, she talked about turning 18, whether she went through a rebellious phase, her growth alongside her career, and her future dreams and goals. 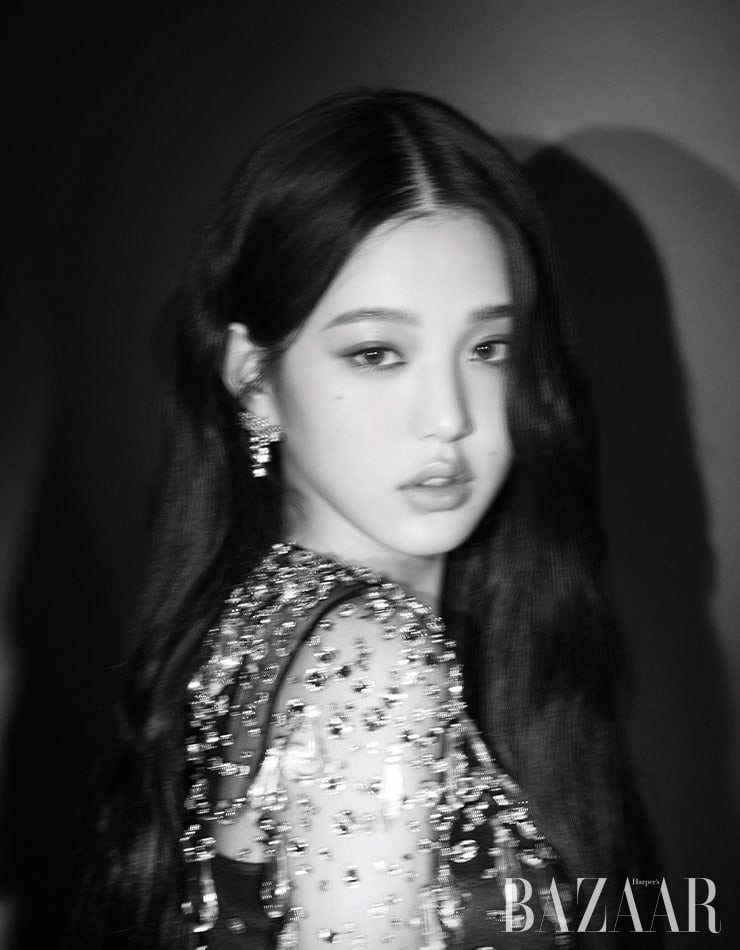 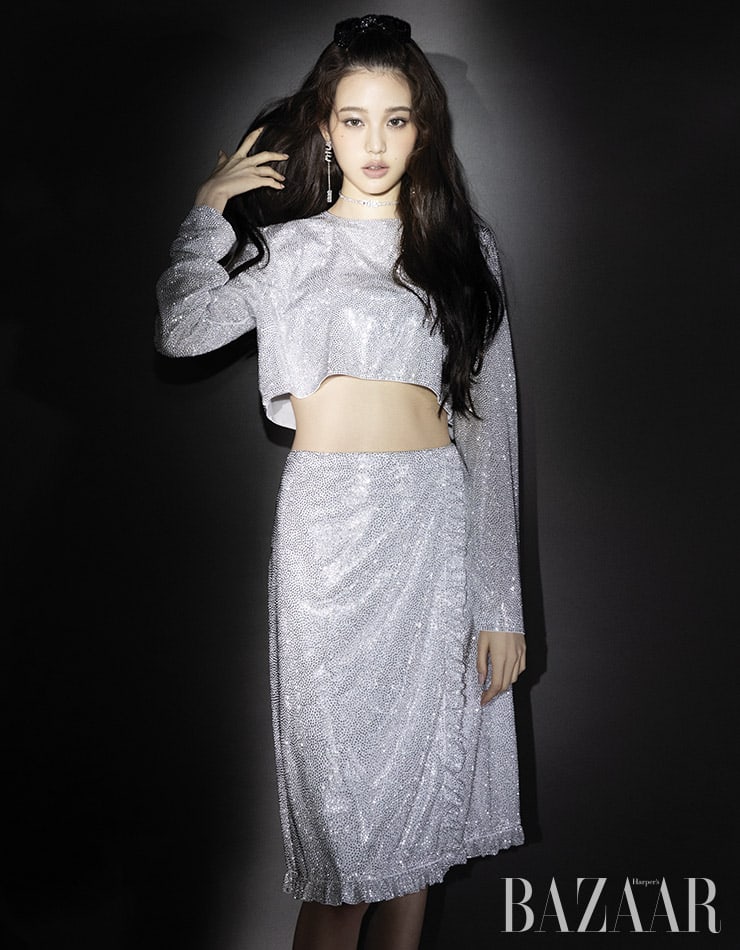 The interviewer mentioned that “18” is a meaningful age in novels and movies, representing the cusp of childhood and adulthood. Jang Won Young said, “I’d always wanted to be an adult, but at some point, I began wishing I could stay at this age for a little bit longer. I don’t know myself yet, but I want to enjoy this moment and make some happy memories.”

Asked about how she made each day happy, she said, “I try not to forget to take time for myself. Even if I don’t do anything special, I’ll take the time to sort out my thoughts or prepare for the next day. I think that if I have time for myself, that’s happiness.” 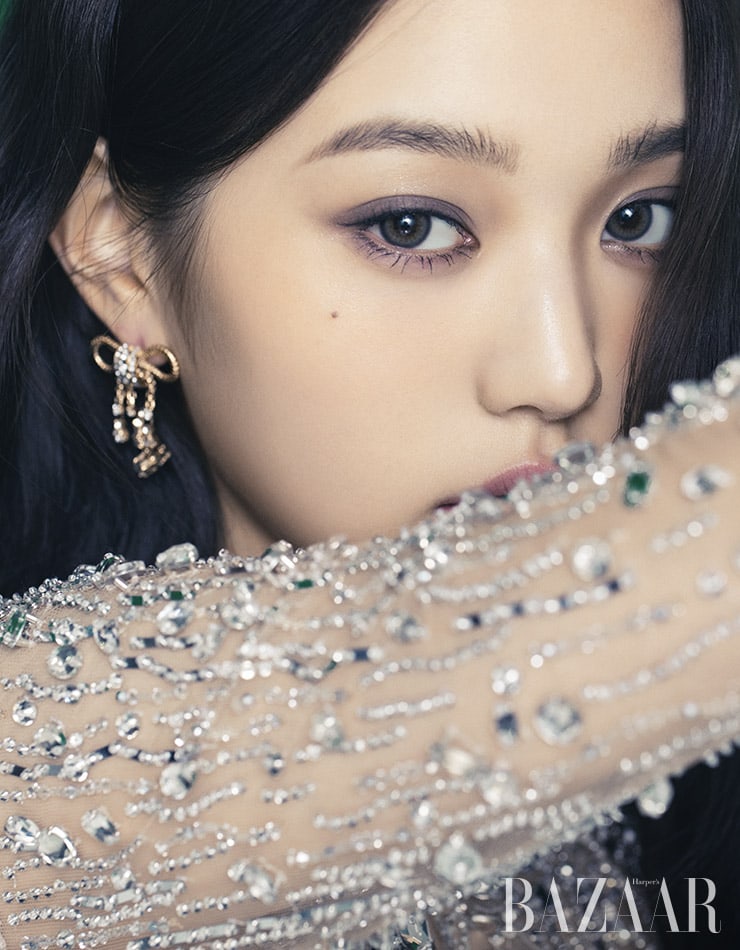 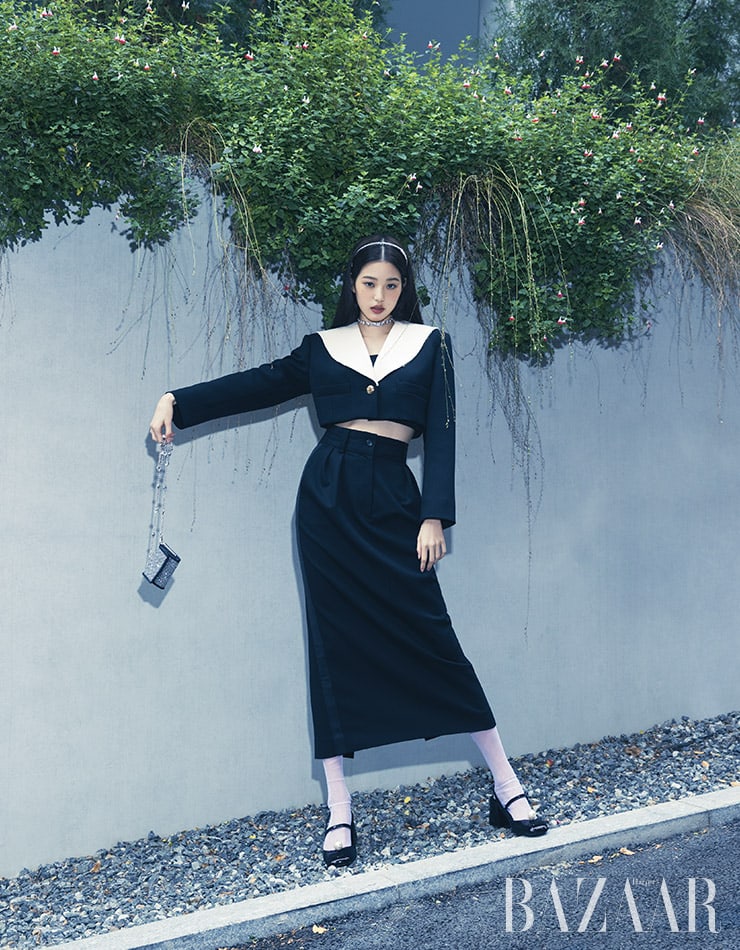 She was asked if she had gone through a rebellious phase as she approached adulthood, and she replied, “I’ve been working since I was young, and I’ve grown alongside my work, so I didn’t have a rebellious phase. Maybe something like when I was eating good food, I lost track of time and arrived late to practice?” 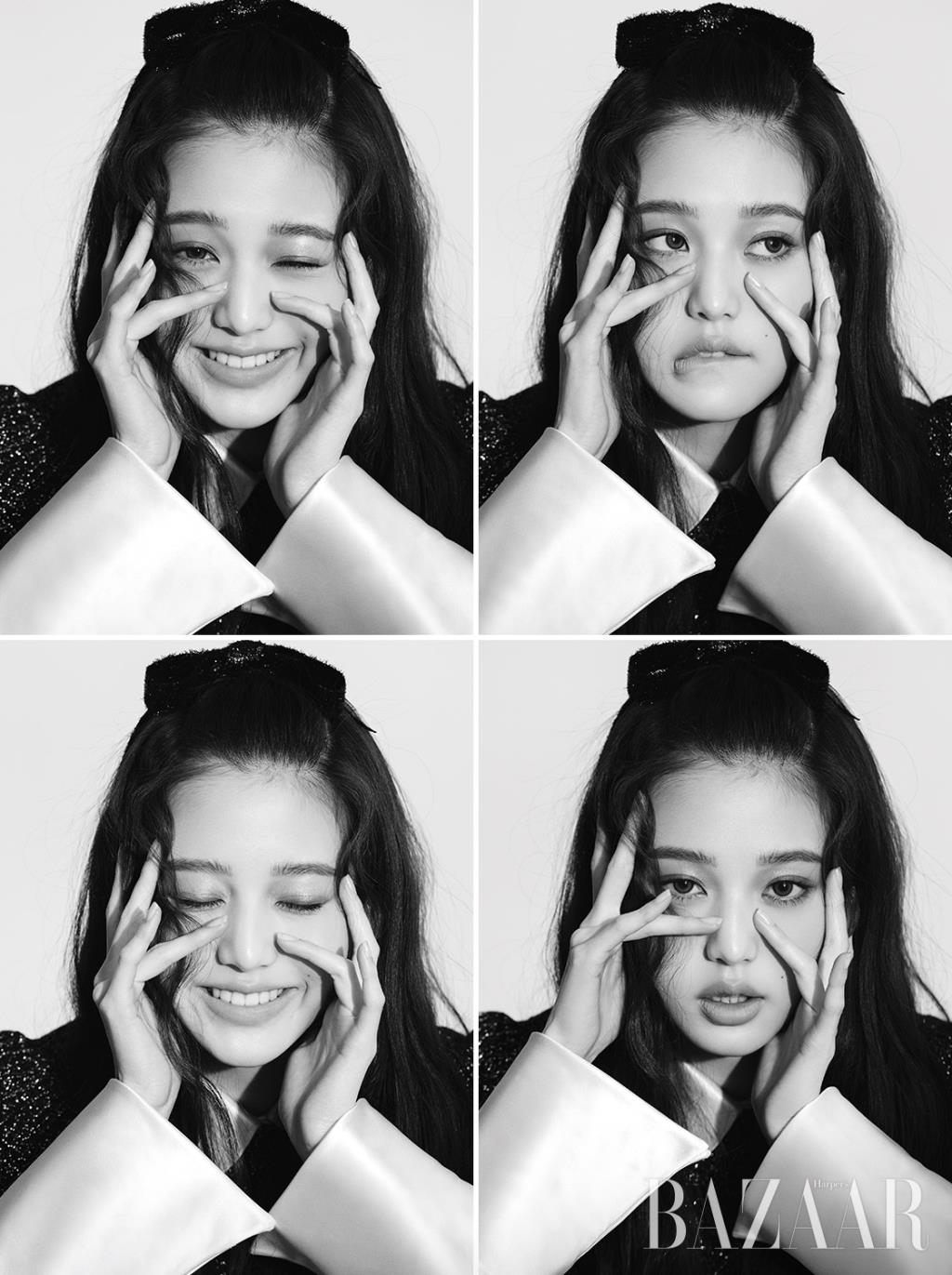 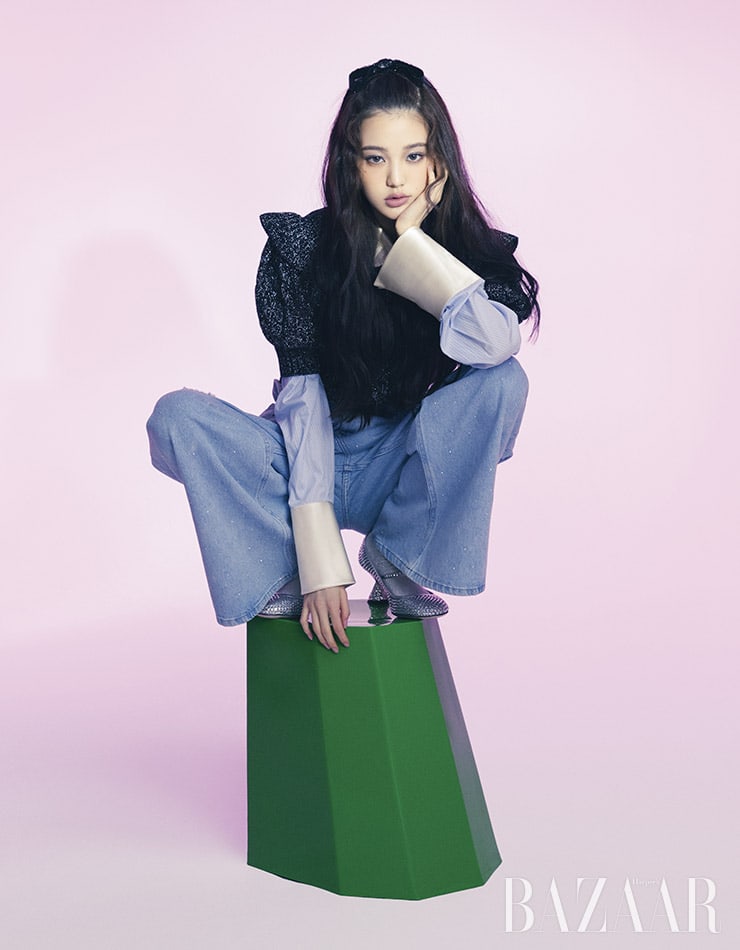 When she didn’t have work, she shared that she could appear different depending on who she was with. “If I’m with people I’m awkward or uncomfortable around, then I’m actually the type to talk more and try to lift the mood,” she said. “When I’m with people that I feel really comfortable with, then I don’t talk and just enjoy the mood. I try to listen to the other person and speak from the heart. I don’t worry about whether I’m too quiet or not. When people talk to me, they often tell me that I sound mature. But when I’m playing around, they say that I’m like a kid.” 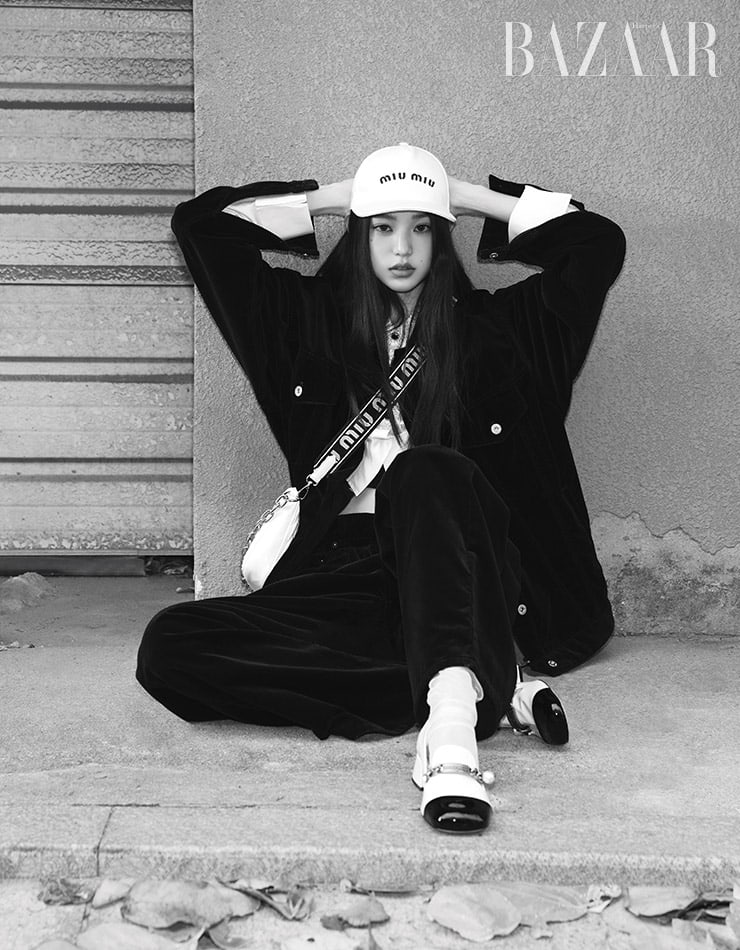 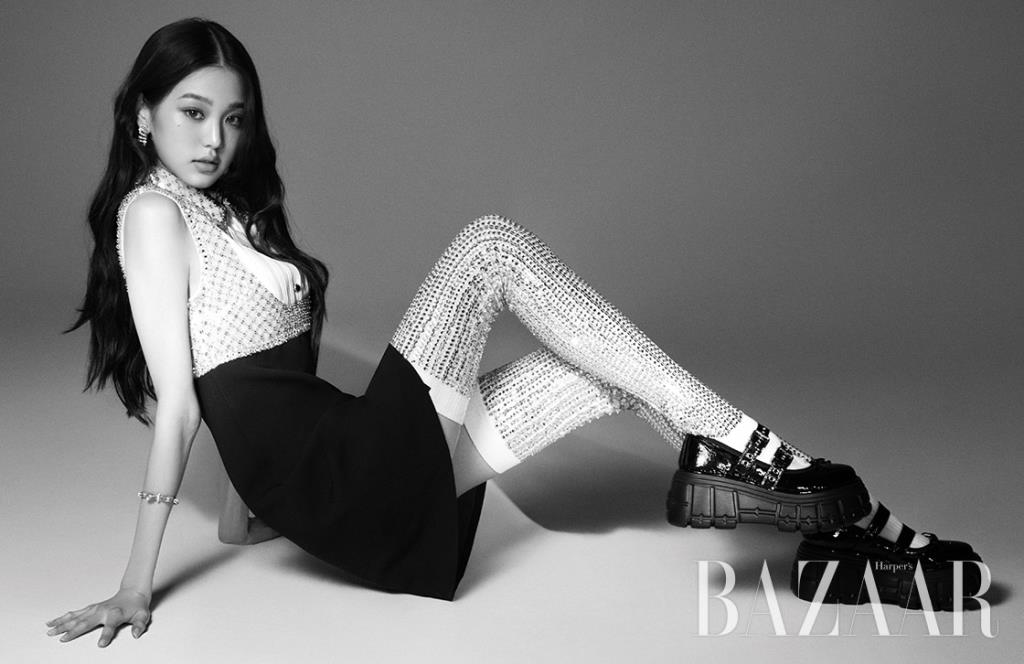 Asked if she could tell that she had matured, she answered, “I’ve developed the habit of learning to be patient. In the past, I would try to escape or ignore what was happening if I was in an uncomfortable or difficult situation. But you couldn’t avoid it just because you wanted to. Now I try not to think of it in a negative way and try to find a solution instead.” 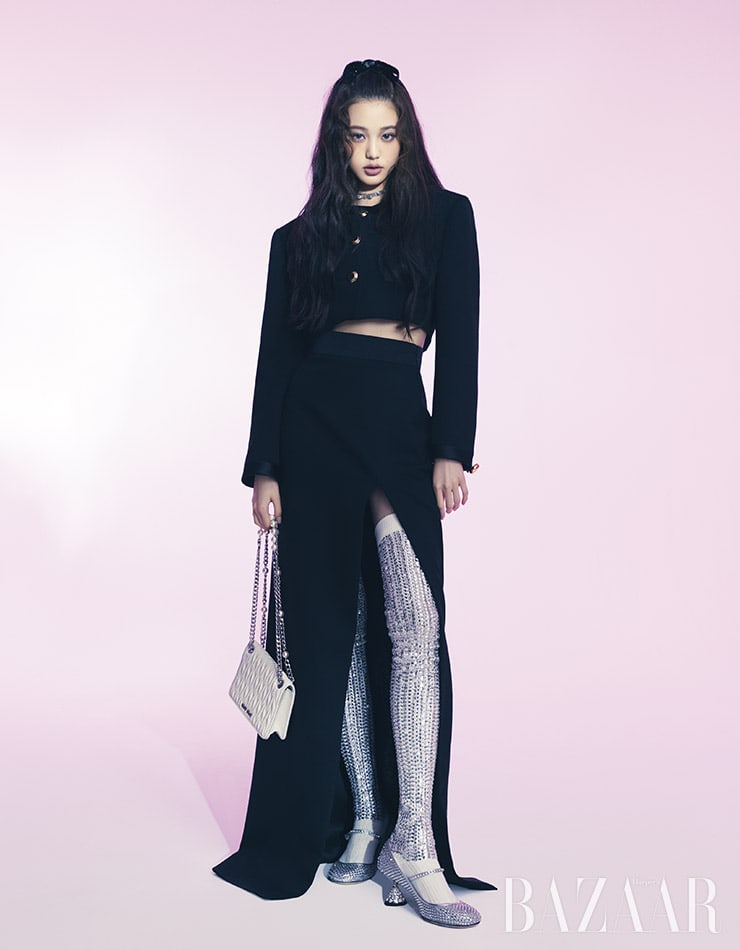 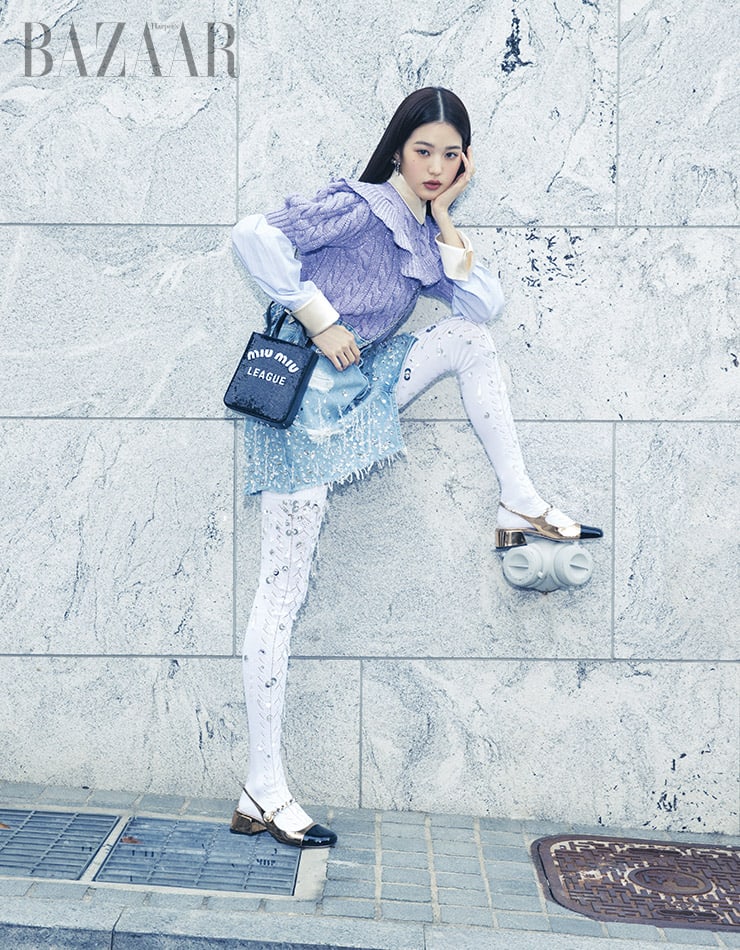 As an example, she said, “A few days ago, there was a day when I was working nonstop. The night before, I felt a sense of dread about the day ahead. I was really tired and said, ‘What will I do?’, but I was surprised to find I had some free time to myself. It was a small thing, but I was really happy. I realized what the phrase ‘small satisfactions’ meant in that moment.” 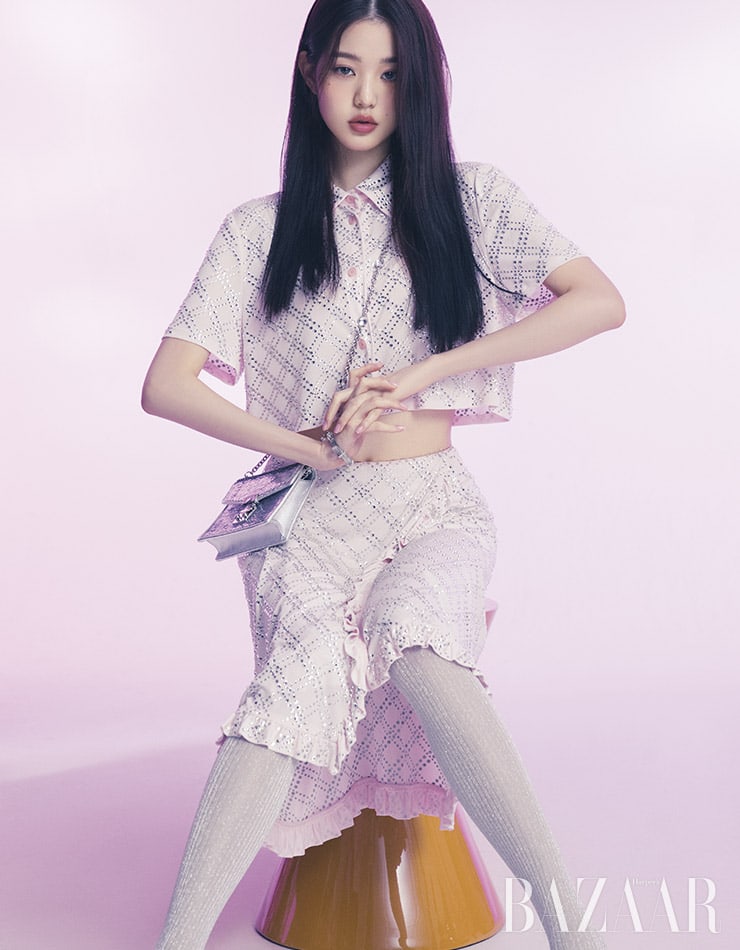 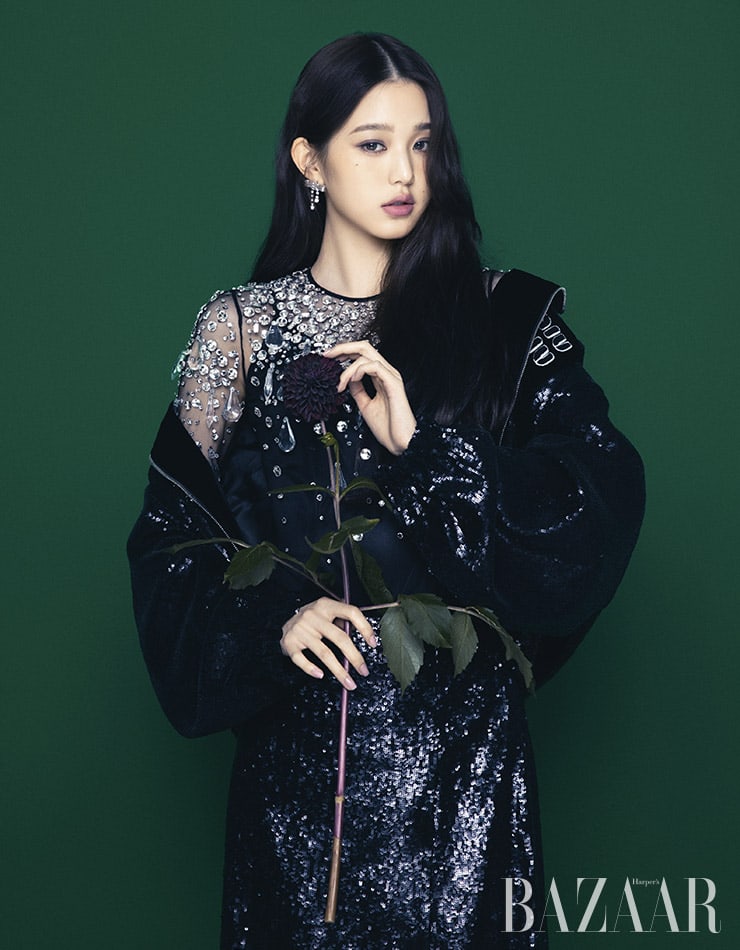 The interviewer said that she was still at an age to have big dreams, and Jang Won Young replied, “I want to study more and I want to study abroad too. I do feel regret at not having been able to do the things I wanted to do. Even if it’s not a study abroad, I definitely want to go abroad and experience lots of different things.”

IVE is slated to debut on December 1.

Jang Won Young
Harper's Bazaar
IVE
How does this article make you feel?