Jung Hae In Shares Why He Continues To Act, How He Became Close With Lee Je Hoon + What He’s Like As A Director, And More

In a recent interview with GQ magazine, Jung Hae In spoke about his upcoming film, friendship with Lee Je Hoon, and more!

The interviewer mentioned that the starting point of this film was what people these days were most passionate about, and Jung Hae In agreed, adding, “Whether it’s real estate, stocks, or cryptocurrency. However, I think I was cast because none of those applied to me.”

He continued, “I think that’s why Je Hoon kept me in mind. We were casually talking about this kind of thing in a personal setting when I said, ‘I don’t know anything about stocks.’ I wonder if he kept a closer eye on me because I’d said that.” 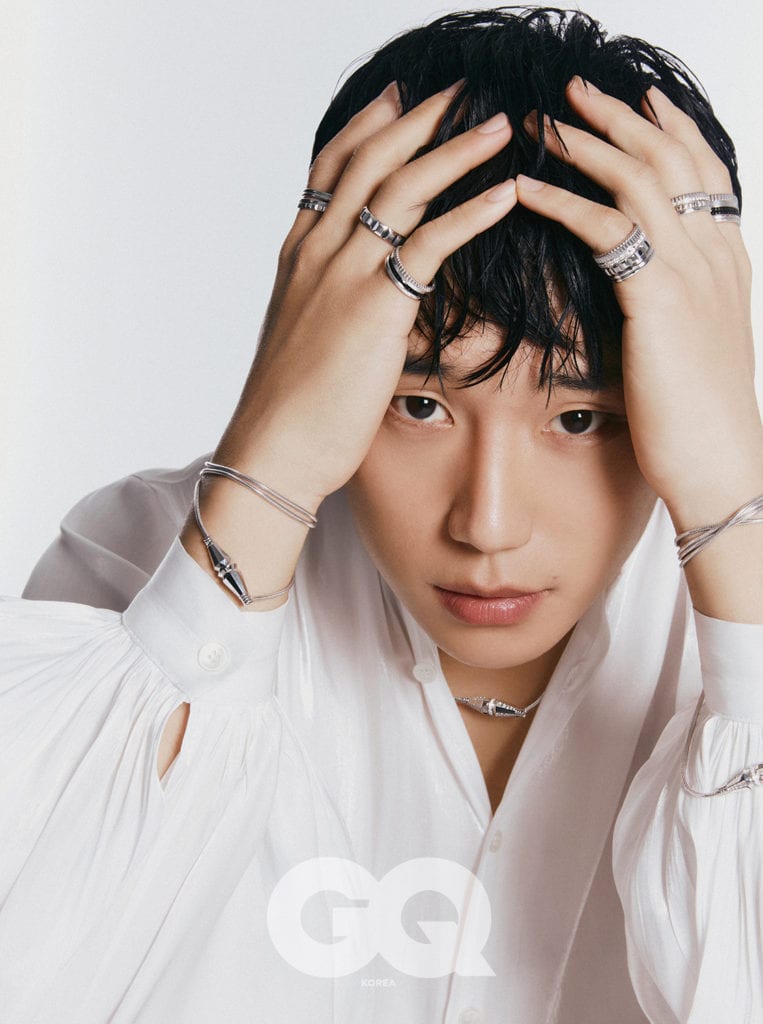 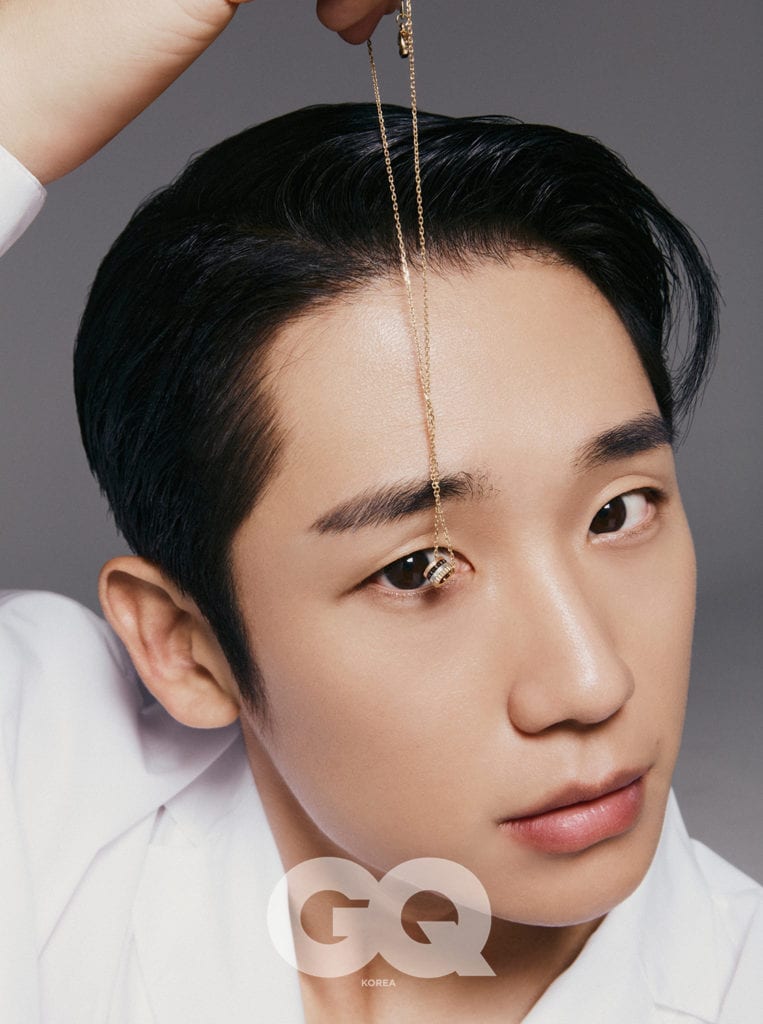 As the two actors have never worked on a project together before, Jung Hae In was asked how they became friends. He answered, “A few years ago, I went to a national soccer match in Sangam-dong where we met coincidentally and I greeted him. After that, we naturally became close.”

Jung Hae In also touched on what a passionate person Lee Je Hoon is, sharing, “I’m a bit curious about what Je Hoon is like at work [as an actor]. I want to meet him as actor to actor. You know how there are people who are different when you meet them in a personal meeting versus when you meet them at work? I feel that Je Hoon definitively differentiates between business and pleasure. He’s a precise person.”

He added, “[Lee Je Hoon] is more detail-oriented than I am. I’ve now experienced a set that he’s led as a director, and he approaches all the actors, not just me, in an extremely detailed manner. Since he’s originally an actor, he approaches us with a better understanding of an actor’s point of view. How should I put it? It was easier to understand [what he was saying] because he would talk to us from the player’s perspective.” 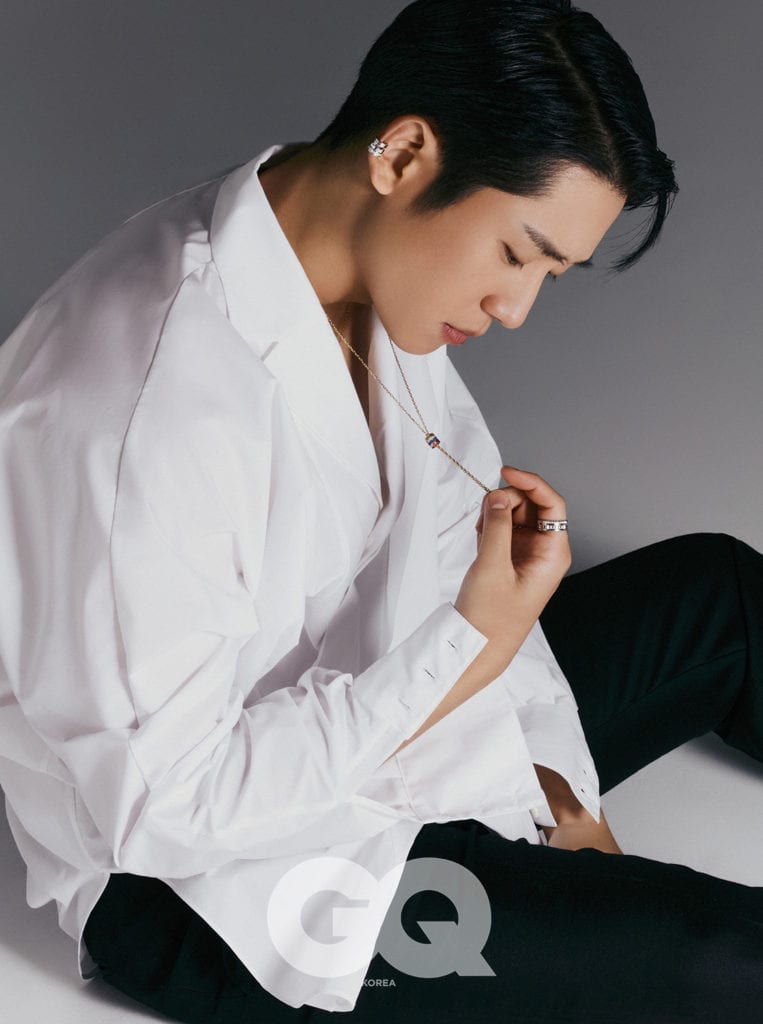 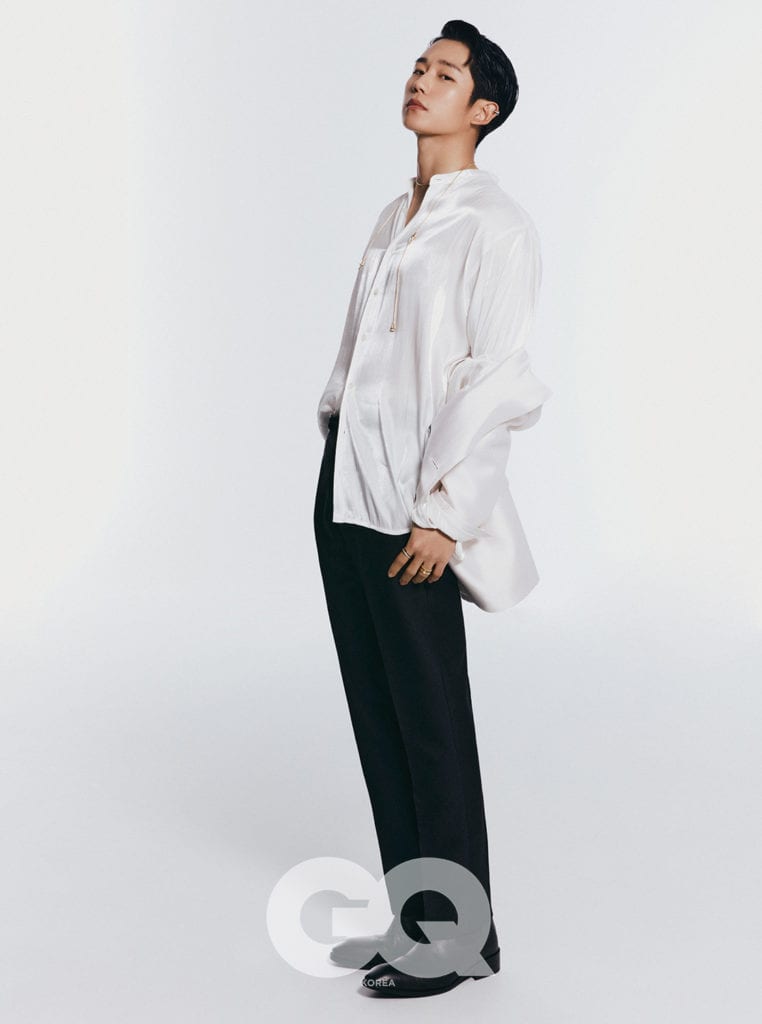 Regarding a similarity between his “Blue Happiness” character Chan Young and his real-life personality, Jung Hae In explained, “Rather than talking while having your head in the clouds or having abstract discussions, I enjoy realistic discussions, talking about how to solve realistic situations, and talking about things happening today or tomorrow. Constructive discussions. Future-oriented discussions.”

Jung Hae In also shared that he and his character have the same view on life. He elaborated on that view, saying, “Living diligently. If you try hard every day and live diligently, there will be good results. Even if someone doesn’t recognize that, it’s okay. Also, not taking any chances and working hard.”

The interviewer added that the phrase his character Chan Young hears most in the film is, “Ugh, this innocent guy. How have you not changed at all?” Jung Hae In responded with a laugh and commented, “I’ll have to ask [Lee Je Hoon] later. If that was directed at me.” 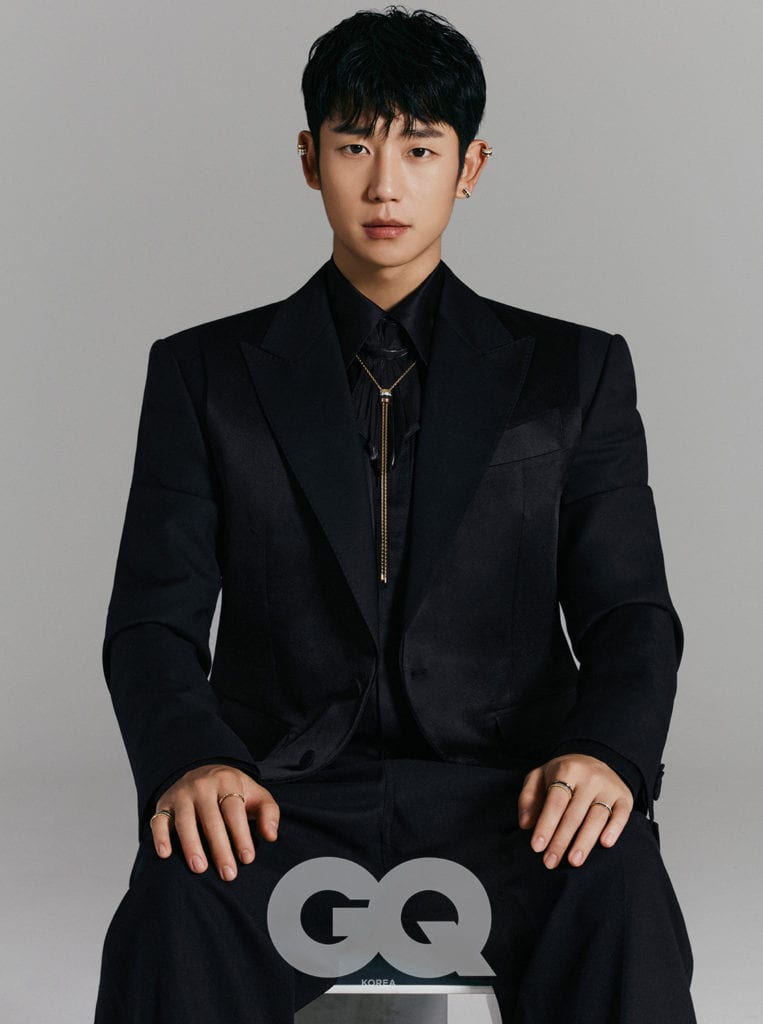 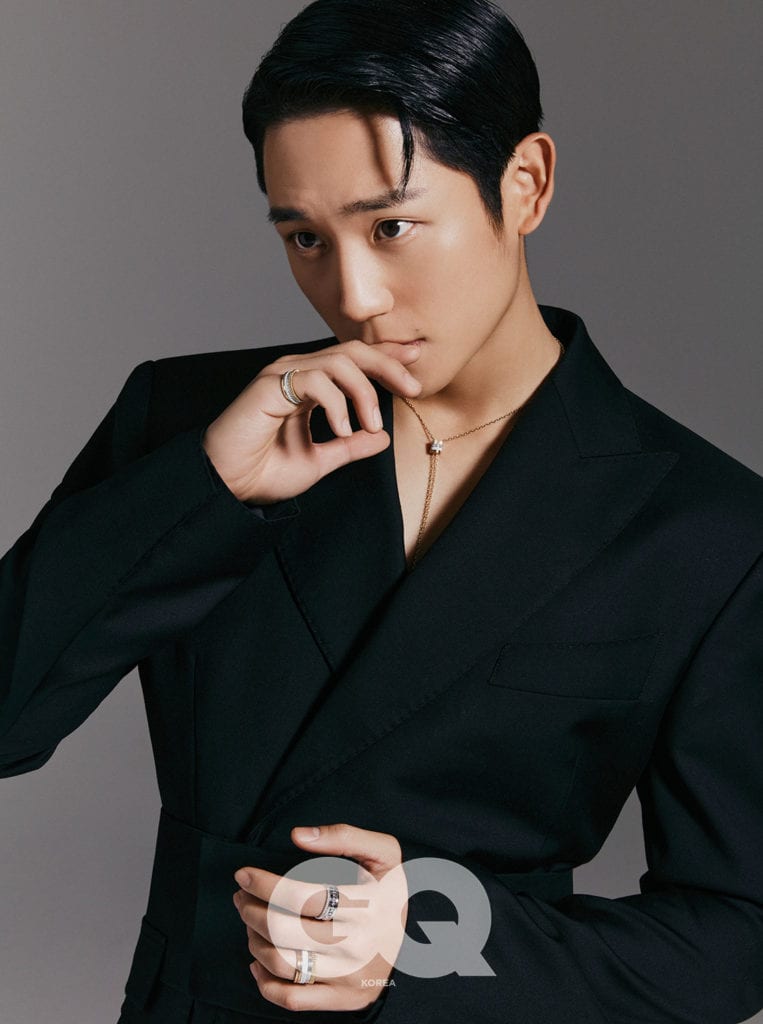 The two also spoke about compliments that past directors have given Jung Hae In, particularly that he is very straightforward and honest. The interviewer asked whether he didn’t like hearing these comments, and the actor replied, “I don’t dislike it. They’re very good comments, and they’re also true. I want to express it as my commitment to work. The manner in which I approach work.”

He continued, “Ever since my debut, I’ve consistently asked myself, ‘Why does Jung Hae In act? Why are you doing this kind of work? Why are you continuing to do it?’ I keep asking these to myself. Ultimately, it’s because it’s fun, it’s enjoyable, and it makes me happy. However, the more I do it, I find that I don’t want to just be happy by myself, but also want the people watching and the people I work with to feel happy with me. At the end of the day, it’s not something you do on your own.”

He then remarked that in order to reach that happiness, the most important thing is self-esteem. On a scale from 1 to 100, Jung Hae In revealed that his self-esteem is at about 40 or 50 when he’s in the middle of filming. Explaining the low score, he commented, “It’s because I’m always running into obstacles and having a hard time. It’s not like I’m that good at acting. If there’s something I’m good at and something I’m bad at, I tend to rely [on others] for what I’m bad at. I request their assistance, ask them, ‘What would be better?’, and I tell my fellow actors and colleagues that it’s hard and that I need their help. The person I target most is the director. I’m always sending out an ‘SOS’ to my director. Because if I do that and the result is good, that’s a positive thing. It’s a good thing if what we made together turns out well.” He then added, “Right now, [my score is] 100 because I’m not currently in the middle of filming.” 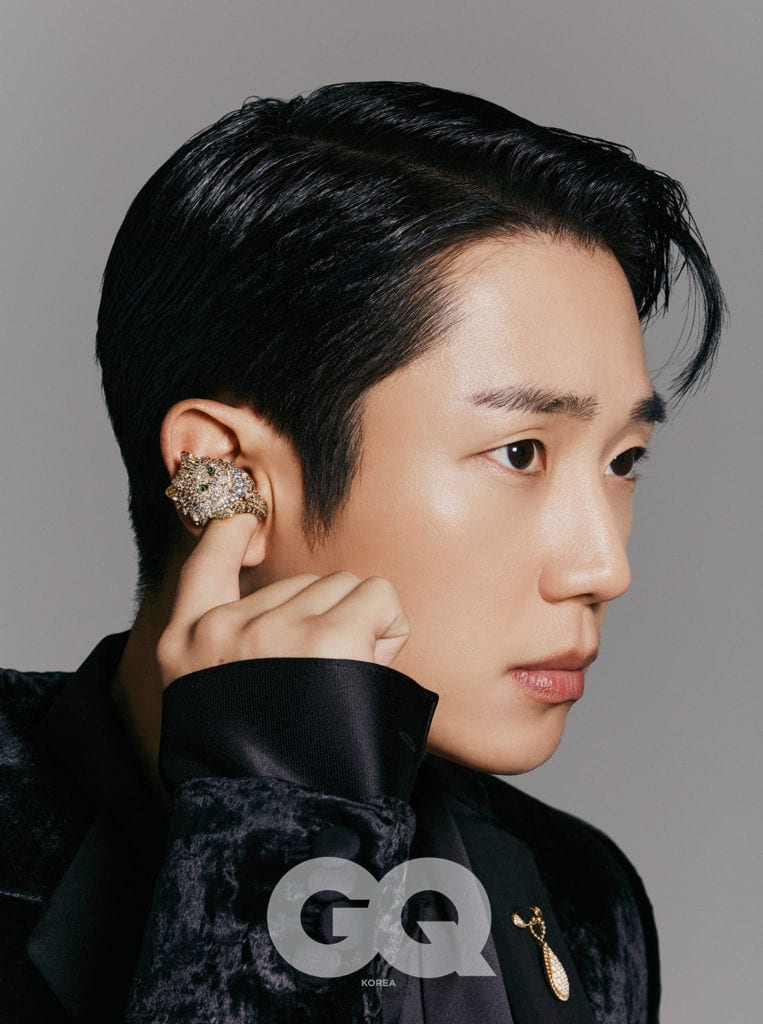 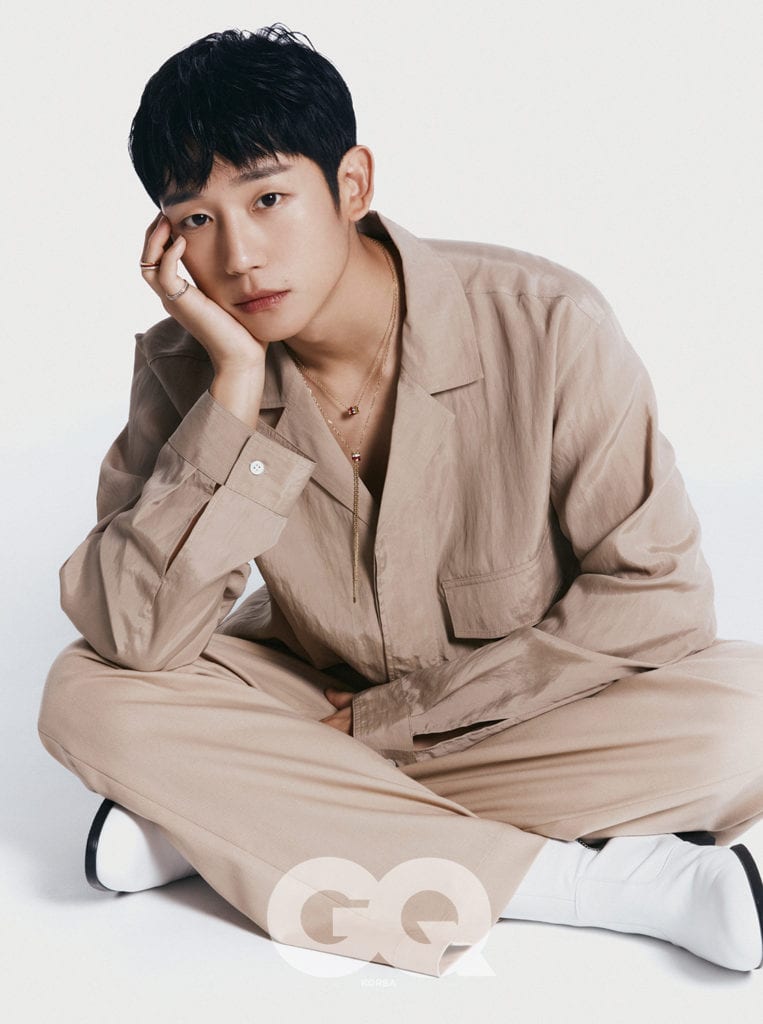 Finally, for his keywords of 2021, Jung Hae In picked “working hard” and “trying new challenges.” He explained what counts as a new challenge by saying, “Everything. Every day is always a new challenge. Every project, every moment.”

“Unframed” is scheduled to be released in December 2021 via the OTT platform Watcha, while Jung Hae In’s upcoming drama “Snowdrop” will premiere on December 18 at 10:30 p.m. KST. Check out a teaser here!

In the meantime, start watching Jung Hae In in “A Piece of Your Mind” below:

Jung Hae In
GQ
Lee Je Hoon
How does this article make you feel?